We set off at 7am in the dark and got down to Gibraltar by 8:15am we noted Little Owl, White Stork, Common Buzzard and House Martin along the way. We drove straight up to Jew's Gate ringing station and arrived just as the ringing group went off to inspect their nets.

Ray Marsh, the lead ringer, was his usual charming self and gave my clients a great display of ringing and an educational talk on bird identification in the hand. His group of helpers gathered their morning's catch and supplied a running commentary whilst they ringed the captured birds.

We watched them process a number of species: Sardinian, Garden & Willow Warblers, Blackcap, Common Chiffchaff, European Robin, Common Redstart and they saved the best until last when Ray brought out a COMMON NIGHTJAR, what a beautiful bird that was to see. 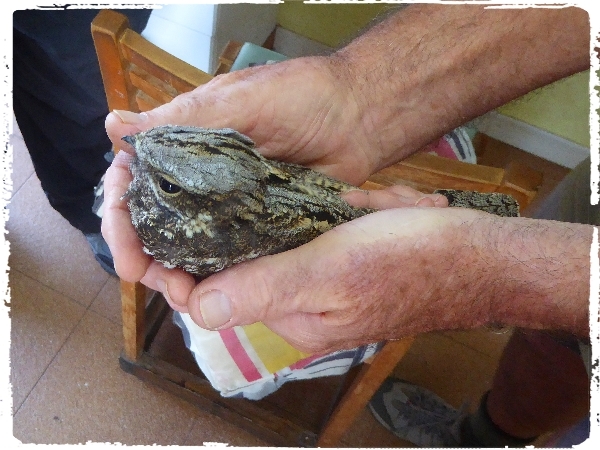 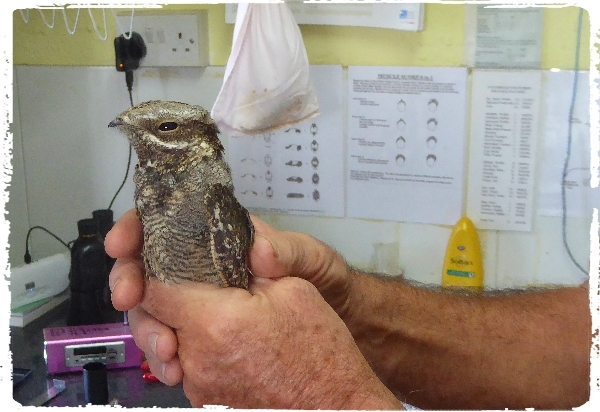 From there we drove down to Europa Point where we looked out into the Strait of Gibraltar to look for sea-birds. We noticed dozens of Cory's Shearwaters, they were following huge pods of Common Dolphins and were joined by Northern Gannets and lots of Yellow-legged Gulls. 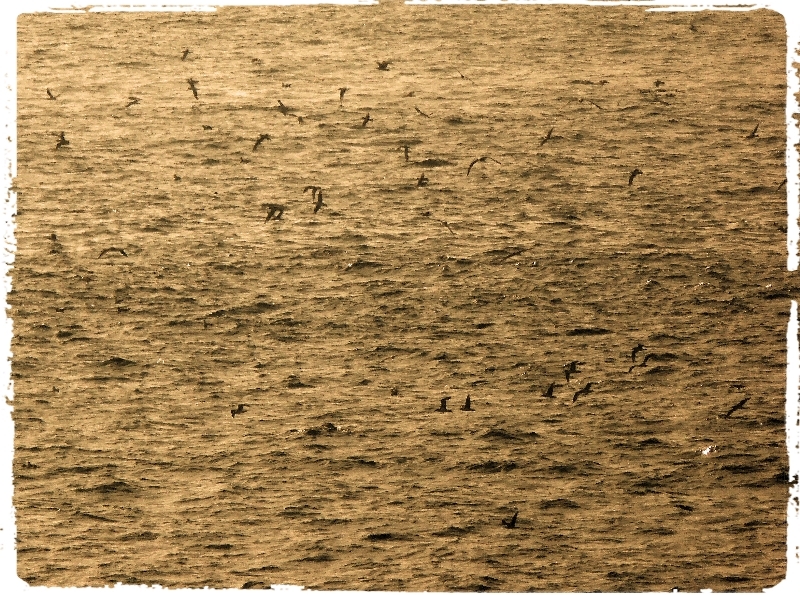 Cory's Shearwaters in the morning light off Europa Point

A couple of sightings of European Shag were made before we made our way back off the 'island'. We made a quick stop along the east 'slope' to look for land species but only found Common Keatrel and Blue Rock Thrush.

Next we drove to Palmones Salt Marsh where we scanned the river and marsh from the 'promenade' A number of waders were seen but generally there was far too much human disturbance to encourage birds to roost, especially gulls and terns. We noted Ringed Plover, Redshank, Greenshank, Common Samdpiper, Dunlin, Whimbrel, Eurasian Spoonbill, Grey Heron and not much else.

At La Janda we had a great time despite a very strong easterly wind. The PECTORAL SANDPIPER was still there and birds numbers in general were still very high. In the flooded rice fields we found Common Snipe, Little Ringed and Common Ringed Plovers, Redshank, Wood & Green Sandpipers and the Pectoral Sandpiper which showed very well. 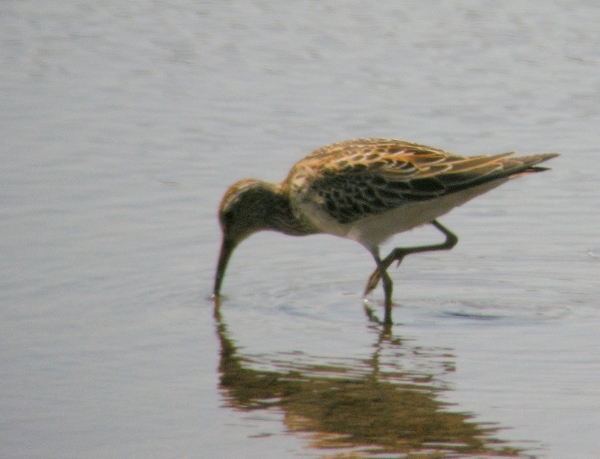 record shot of the Pectoral Sandpiper

We dragged ourselves away after watching a tremendous movement of around 1,000 White Storks, some of them landed behind a pool which held dozens of Black-winged Stilts. We then visited two places in Barbate, the first was the river at the site where the bridge spans the water. It was just reaching high tide as we arrived, so many birds were just roosting on posts or near to the water's edge. We found Audouin's Gulls, Redshanks and Greenshanks, Black-winged Stilts, Sandwich Terns, Cormorants and the three common species of gulls, Black-headed, Yellow-legged and Lesser Black-backed. We also watched two Ospreys fishing upriver in the distance.

Our final venue was the open lagoons on the reclaimed land now c​alled Barbate Marshes, we saw a nice selection of waders, lots of Audouin's Gulls and to our great delight 3 Caspian Terns flew over the water just before we left. There was no sighting of the BALD IBIS which can usually be found along the approach track.

We arrived home just after 7pm and Dawn served us a superb chicken dinner at 8pm washed down with nice cold beers and a glass of wine.