WEATHER: Hazy sunshine to start, quite windy am then bright sunshine and clear sky all afternoon. Top temp 28C

Our last day had arrived, it was also my last day of guiding in Spain for this year! We decided to visit the mountains in the morning and the coast near Malaga in the afternoon.

A late breakfast at 8am was followed by a 40 minute trip in the car to the Encinas Borrachas track near Ronda. It was quite windy and there was a nip in the air so on went our fleeces! A Southern Grey Shrike was first on the list follwed quickly by Common Stonechat, Goldfinch and my 'favourite', the Corn Bunting. 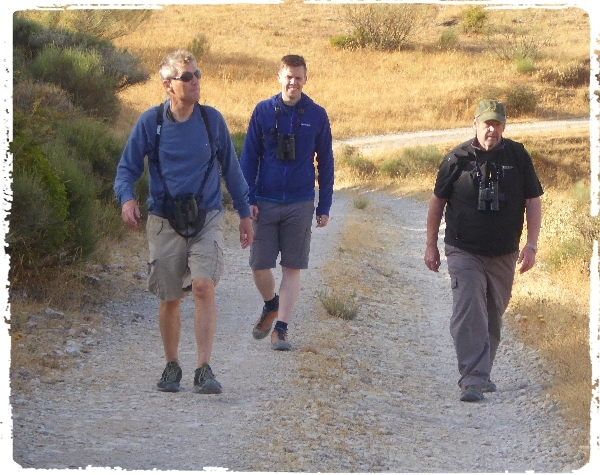 We were wind-swept along the track but the birding wasn't bad in excellent light. Many Griffon Vultures slowly drifted over, they appeared to 'hover' as they held quite still facing the easterly wind, a couple of Common Kestrels were seen over the high peaks but no other birds sat up there.

As we approached the heath we got out of the wind a little and found a few more species, several Whinchats sat up nicely for us as did a pair of Thekla Larks, we also saw Linnets, Greenfinches, Chaffinches and a few Barn Swallows dashed passed.

On the return walk we added Spectacled Warbler, one showed fairly well but briefly and a couple of butterflies were noted, Rock Grayling amd Clouded Yellow. 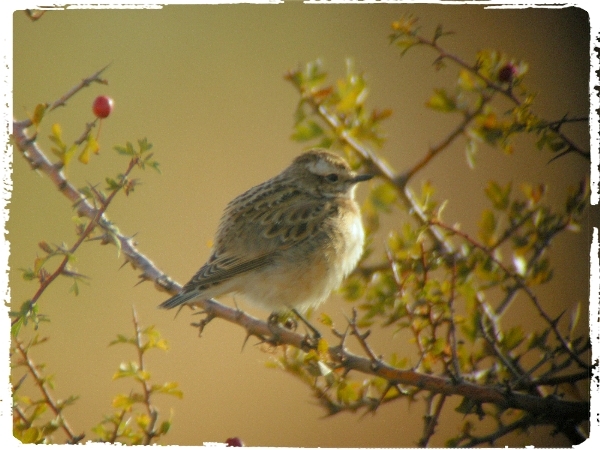 At Sierra de las Nieves we parked at the entrance picnic site and walked to the drinking trough. A male Common Redstart showed well and a couple of Jays flew off, that was all we saw in the picnic area. At the trough we saw Cirl Bunting and Willow Warbler!

We drove a couple of kilometers into the reserve and parked at usual place in an open valley near some farm buildings, it was much better here though still windy. We had brief views of Rock Bunting and four Black Wheatears showed very well. A couple of Red-billed Chough flew up and over the nearest ridge and with patience we all got to see Dartford Warbler very well. 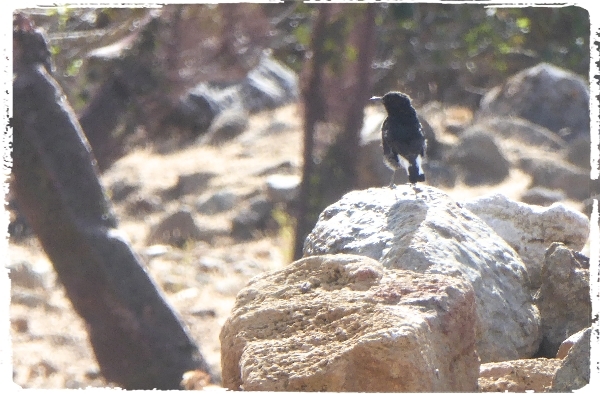 That concluded our morning's birding, we drove back to Gaucin for lunch, Dawn joined us as we ate in a local bar/restaurant, courtesy of our clients. We ate a lovely meal out on the terrace, smashing.

It was 3pm when we re-assembled, I had to drive Chris to Torremolinos train station so he could catch a connecting train to Malaga then onto to Madrid where he lives. We left him at 4:30pm and drove the short distance to Guadamar Golf Course. My remaining two clients, Nigel and his son Nathan, hadn't seen a Hoopoe on the trip and the golf course was the place to find one.

We parked on waste ground near the golf course and quickly found a Hoopoe! We also saw dozens of Monk Parakeets as well as Little Ringed Plover, Jackdaws, Yellow Wagtails and a few Gannets out to sea. 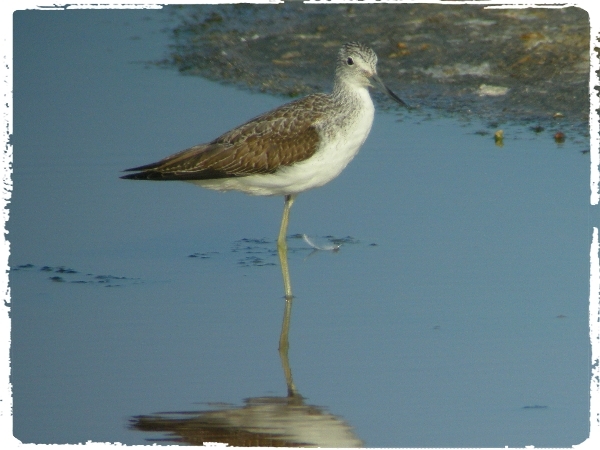 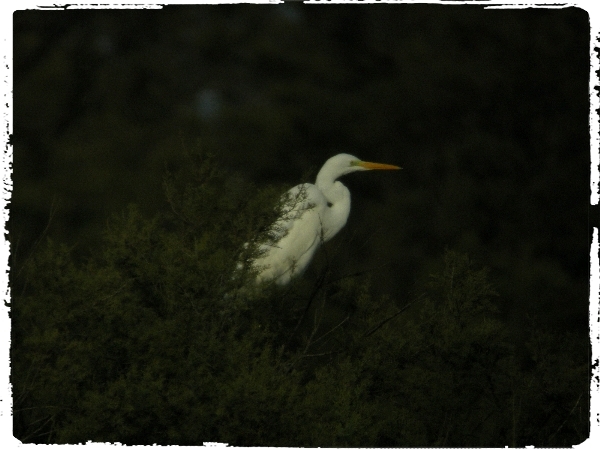 For the last couple of hours we visited the nature reserve at the Guadalhorce river, it was a superb visit as we listed around 40 species. We spent our very last hour sitting in the raised hide overlooking Laguna Grande. The evening light was exquisite, Nigel's camera was working overtime! 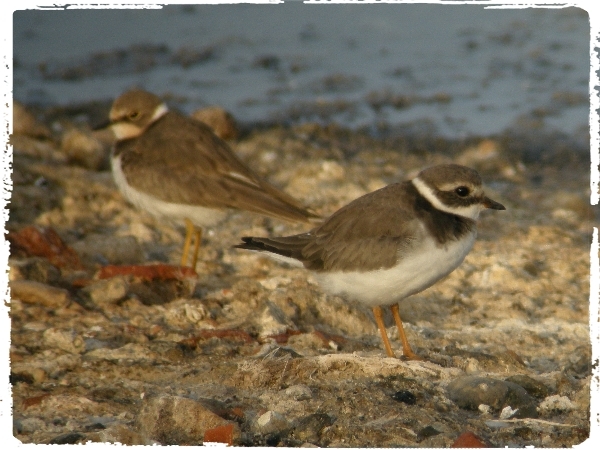 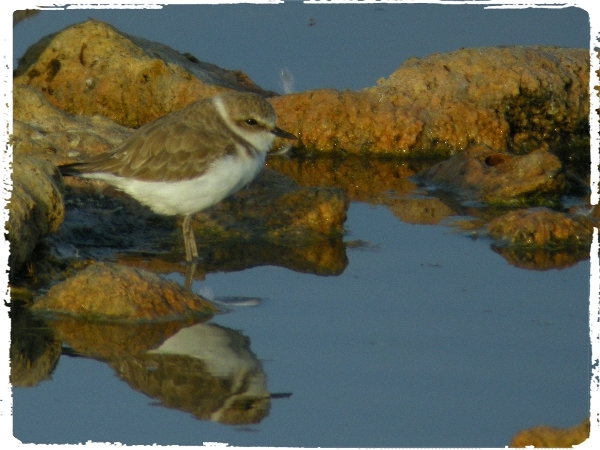 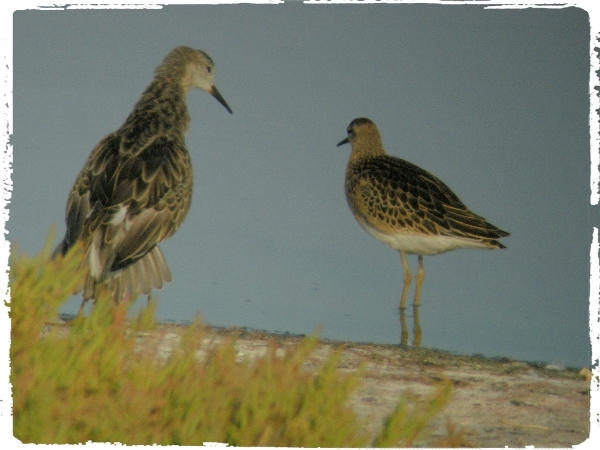 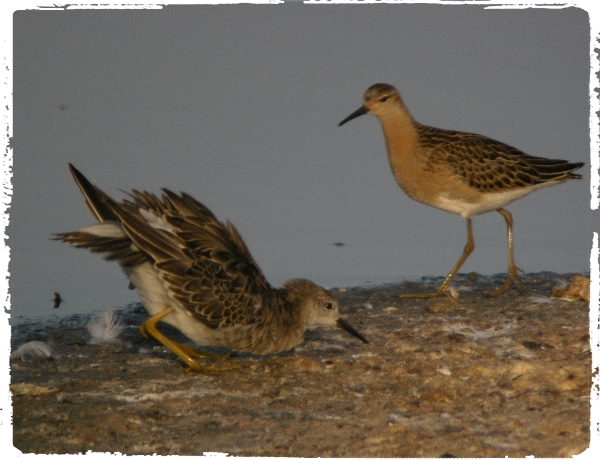 Ruff displaying to Reeve - see the size difference between them? 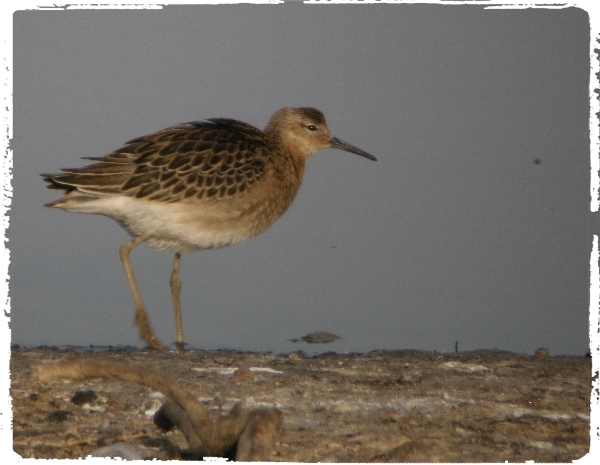 the Reeve finally dumped the Ruff

Well it was soon time to go, I dropped Nigel and Nathan at Malaga Airport at 7:45pm and drove back to Gaucin arriving home just after 9pm. 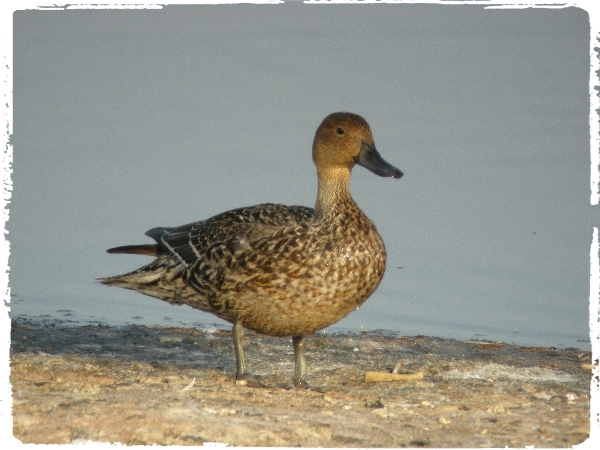 a female Pintail was a nice find at Guadalhorce

It had been a wonderful few days with Chris, Nigel and Nathan with some great sightings, we couldn't agree on a 'bird of the week' but all of us had fond memories of the superb morning at Laguna Medina, it was magical!