WEATHER:  A very strong LEVANTE blew all day with gusts up to 40km/hr, not good for birding.

As usual the first couple of hours of the day provided the best birding and because the Rio Genal valley was relatively sheltered we found it to be the best area to bird. 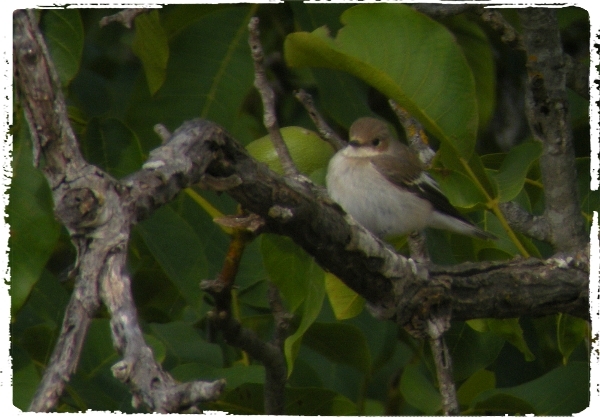 We parked not far from the bridge at the bottom of the hill from Gaucin and walked up river. The river itself was barely flowing leaving a series of festering pools turning green with algal growth. We saw Grey Wagtail and Green Sandpiper on the rocks in the river bed and heard a Cetti's Warbler several times.

A nice surprise was the finding of 3 Common Crossbills sitting in the top of the tallest White Poplar trees we also found a number of birds feeding on blackberries across a meadow. There was Blackcap, Sardinian Warbler, Pied Flycatcher, a Whinchat and several White Wagtails. Both Willow Warbler and Common Chiffchaff fed along the near fenceline giving excellent close views, it was great to see them side by side like that. 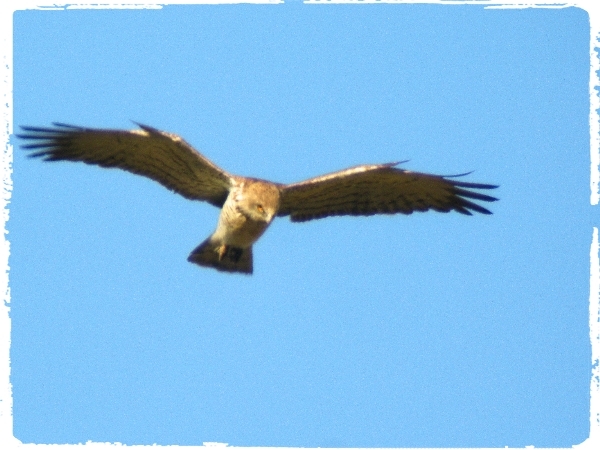 Above us in a cloudy sky we found Peregrine Falcon, Eurasian Sparrowhawk, Booted  & Short-toed Eagles and Griffon Vultures. Reluctantly we left the valley to drive over the Rio Guadiaro where it was really blowing a gale. We managed to find shelter behind thick scrub to watch birds on the river. We found Little-ringed Plover, Grey Heron, Green Sandpiper, Crested Larks and both Goldfinch and Linnet were coming down to drink.

We tried to each lunch there but abandoned the idea and drove to the San Enrique woods to try there. Well, on arrival we were amazed to see a host of Booted Eagles, they were everywhere, dozens of them. We found shelter in woods and finished our lunch whilst watching good numbers of Monarch Butterflies. On the river we saw Common Kingfisher, Little Egret and we heard Cetti's Warbler yet again. 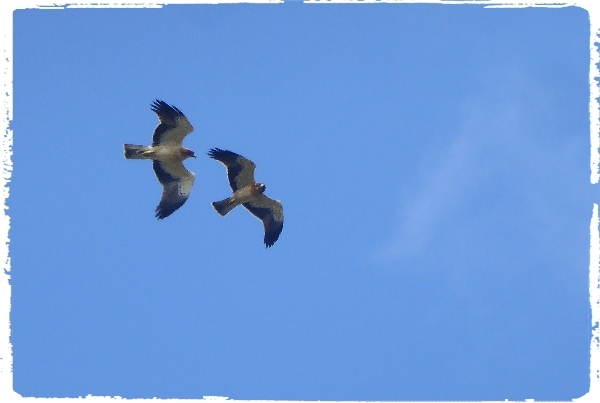 From the woods we made a brief visit to Soto Grande Marina to watch the sea breaking over the huge breakwater, it was spectacular! We also tried to sea-watch noting only Northern Gannets and Yellow-legged Gulls. 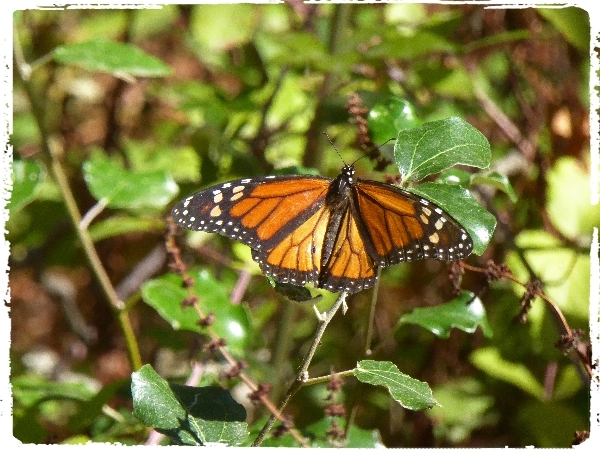 The pool at Torreguadiaro didn't provide shelter from the relentless wind, we saw only Little Grebe (14) a few Common Coots and a single Common Moorhen. We stopped for our second coffee break in Torreguadiaro where we noted Monk Parakeets and as we left a Lesser Black-backed Gull flew along the beach.

Finally we stopped at the Rio Manilva just off the coastal main road, it wasn't as sheltered as one might expect so we didn't stay long. A number of birds were coming to the river to drink, we found Blackcap, Common Chiffchaff, Long-tailed Tit, Blue Tit and a Grey wagtail. 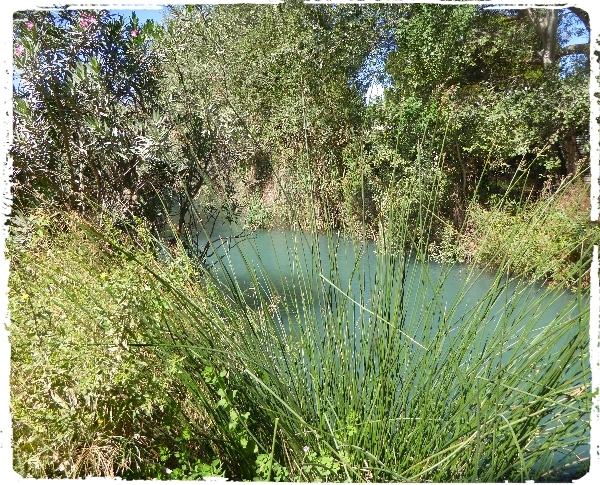 The strange mineral-rich colour of the Rio Manilva

We called it a day at that point, we drove back up to Gaucin arriving at 4:30pm, an early finish to a blustery day. Dawn served up a delicious Moroccan Chicken Tajine for dinner, followed by pears, poached in red-wine, yummy!