GAUCIN CORK WOODS - RIO GUADIARO AT ESTACION CORTES - LLANOS DE LIBAR - CUEVA DE GATO - BENAOJAN Well what a surprise, it rained for most of the afternoon - that wasn't forecast! It spoilt some of our enjoyment but many species were seen.........

Our walk in the cork and sweet chestnut woods just up the road from Gaucin was a chilly affair, we had a clear sky but there was a cold breeze. Our first bird was a Firecrest, it showed fairly well but it moved around a lot and was hard to get onto. A family party of Short-toed Treecreepers were much better and then a pair of Crested Tits showed extremely well. Apart from those three we saw a Black Kite and a few common species. 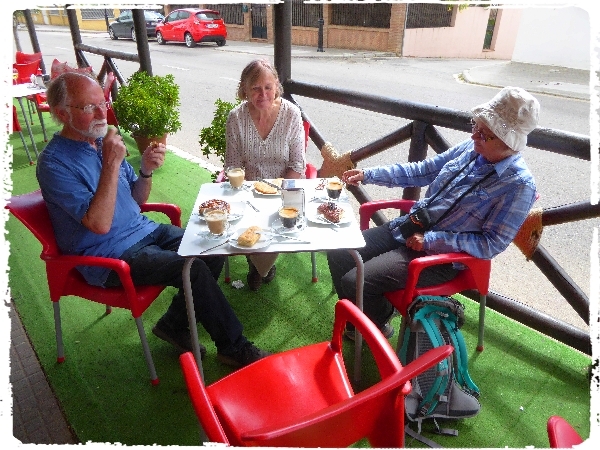 It had warmed up by the time we reached the river Guadiaro at Estacion Cortes but the strong breeze remained. Along the river we recorded: Common Nightingale, Cetti's Warbler, Woodchat Shrike, Serin, Sonechat, White Wagtail andcwe had superb views of another Firecrest. A few raptors drifted across the sky, most of them were Griffon Vultures but we also saw Short-toed Eagle, Common Buzzard and more Black Kites. 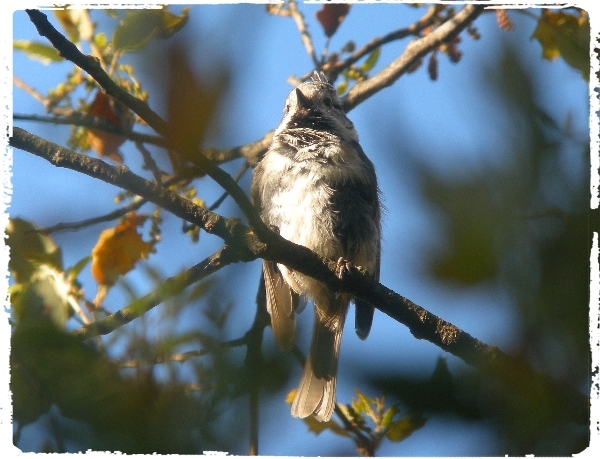 As we drove up the Guadiaro valley towards Ronda the sky clouded up, it got darker and it began to rain just as we got out our picnic lunch at the Llanos de Libar. We managed to finish eating before it rained more persistently, a Blue Rock Thrush was added to the list during lunch.

We drove up the Libar Valley in search of montane species, Rock Bunting was seen very well coming to a pool to drink with lots of Serins, Goldfinches, Greenfinches and Linnets. It took quite a while between heavy showers of rain to see anything else of significance. Black-eared Wheatear posed well for as did many Corn Buntings, we then found a small flock of Rock Sparrows before we turned around and headed back down the valley. 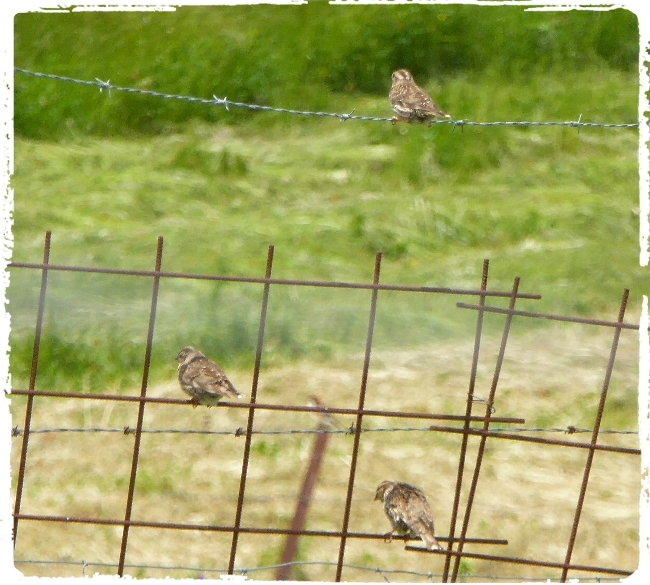 On the way back we stopped to watch a second Black-eared Wheatear and a Black Redstart sighting gave us further opportunity to get out of the car and search for Black Wheatear. We located two Red-billed Chough from their call and we found a second Black Redstart. The rain eventually drove us off. 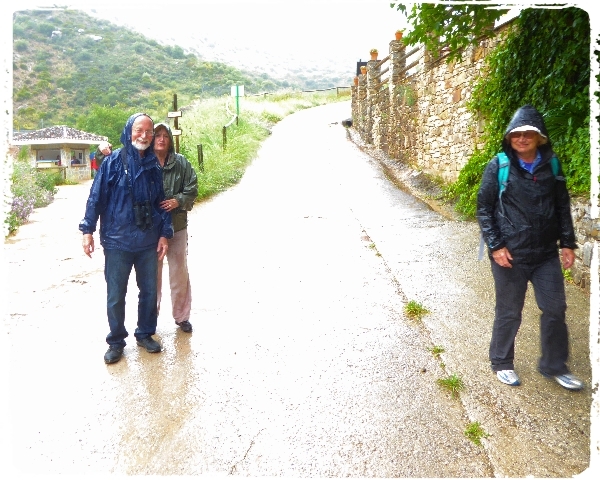 Soaking at the Cave car park

At Cueva de Gato we got a bit of a soaking as we walked to the cave's entrance, it really started to chuck it down, can't believe it is nearly June in Southern Spain and its raining. It eased a little and then stopped after a while, in the meantime we sheltered in a shallow cave and watched Grey Wagtail on the river and both Crag Martin and Alpine Swift entering the main cave. 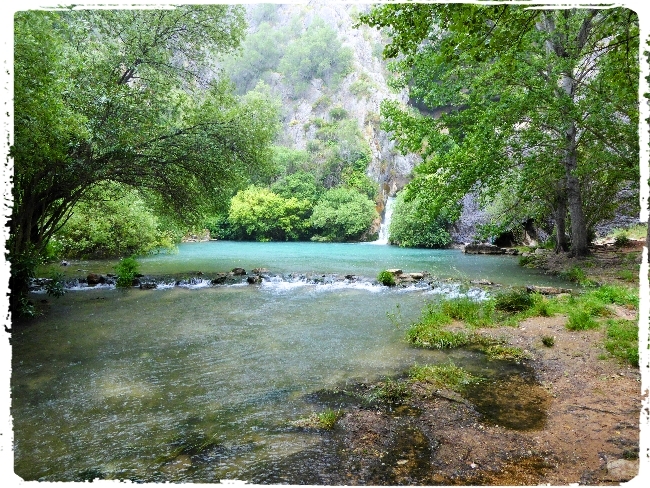 the 'blue pool' at the entrance to the Cueva de Gato.

A walk along  the river in search of Dipper produced nothing but wet clothing, I did hear a Golden Oriole but nothing new appeared, we called it a day at 4:30pm and went back to Gaucin.