After an early breakfast we set off down the road towards the coast via Jimena de la Frontera. We noted a Little Owl, Common Buzzard, Corn Bunting and Woodchat Shrike before we stopped near Castellar to look at a number of White Stork's nests, young birds were exercising their wings and were almost ready to fledge. 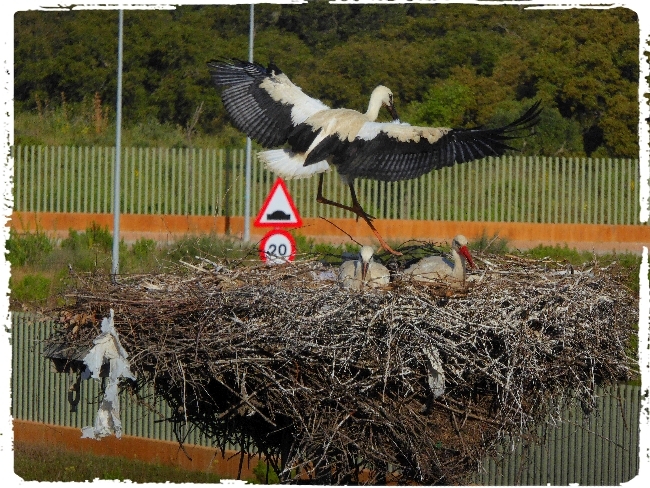 A 'dancing' White Stork strengthening its wings ready for its maiden flight.

We then visited a railway bridge where a small colony of Lesser Kestrels are breeding in holes in the bridge-support walls. It was disappointing to see just two pairs there when in past years there have been up to 10. Regardless of numbers, the birds showed really well and were obviously feeding young.

At Los Lances Beach we were surprised to see how few people were around, just a handful of joggers and walkers this meant that the birds on the beach remained undisturbed. A flock of Yellow-legged Gulls with a couple of Lesser Black-backed Gulls were joined by Little Egrets and a trio of Spoonbills. 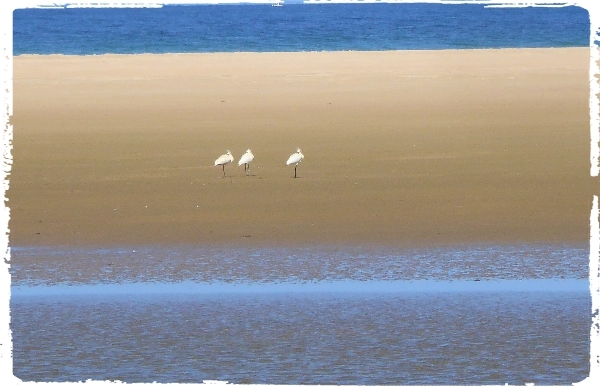 The Spoonbills on Los Lances Beach

A family party of Kentish Plovers flew around near the hide and several Short-toed Larks were either singing or feeding in the grassy fields behind the hide. We also noted Crested Larks, Linnets, Goldfinches and a couple of Skylarks. 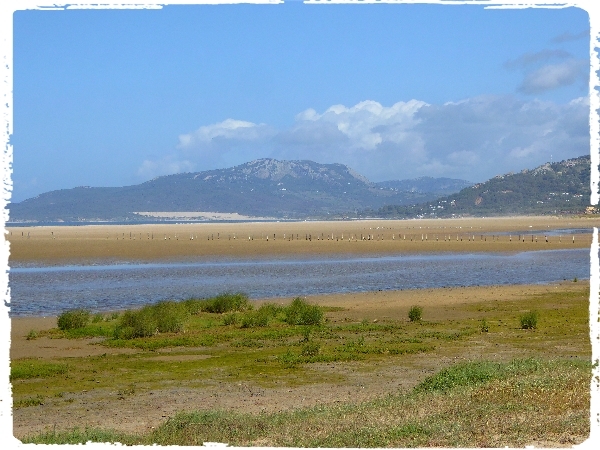 The view from the hide on Los Lances Beach

La Janda is always a great place to visit no matter what time of the year it is. This huge flat-bottomed basin contains dozens of huge rice fields with trenches and large central supply canal. The rice fields had just been seeded and were now being flooded, a great time to see lots of Storks, Egrets and Ibis feeding on the fields of mud. No many other species were seen, here is what we saw: Zitting Cisticola, Skylark, Jackdaws, a single Short-toed Eagle, Common and Lesser Kestrels, Grey Herons, Moorhens and Mallards. We saw Reed Warbler in the reeds along the canal, a Red-legged Partridge in the grassy banks and a few Griffon Vultures high up.

We spent quite a while visiting the egret nesting colony found a little further into La Janda, it was amazing, there must have been five hundred pairs of Cattle Egrets with fifty pairs of Glossy Ibis and a few pairs of Night Herons. You can imagine the noise, the smell, constant movement and squabbling. My guests were enthralled by the whole experience and took many pictures, what a treat. 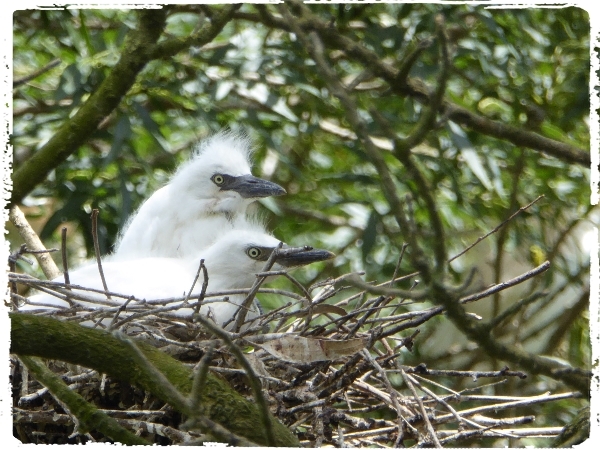 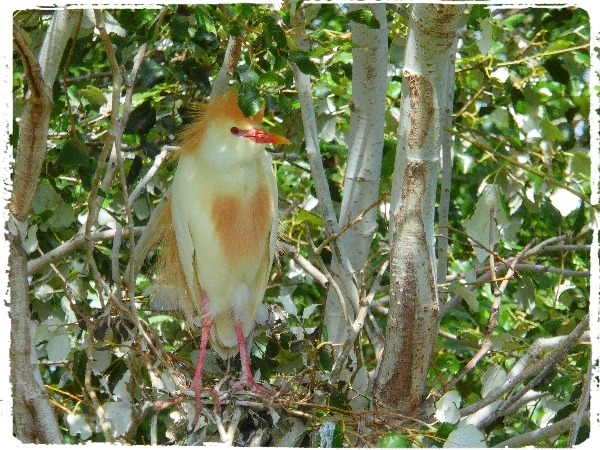 From La Janda we drove the short distance to Vejer where we visited the Bald Ibis nesting colony and another small Cattle Egret colony.The Bald Ibis have done well again, two colonies have twenty plus chicks. 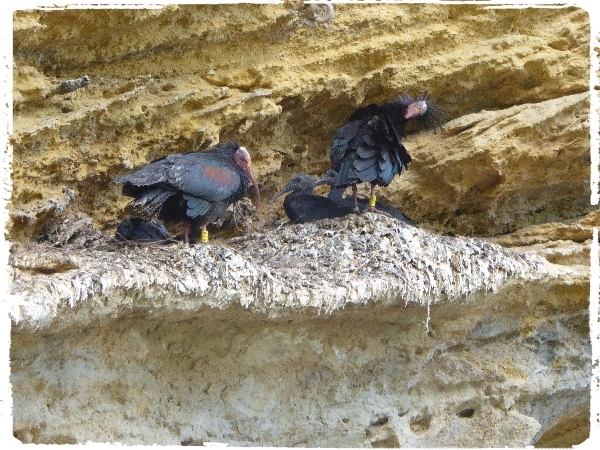 Next we drove around to Barbate Marshes where tidal lagoons were practically dry because of a very low tide, a few birds fed on the mud and included Black-winged Stilts, Spoonbills, Grey Heron, Kentish and Grey Plover. But it was the Collared Pratincole that we had come to see, a huge colong of over 100 pairs now breeds there and along with a couple of pairs of Stone Curlew made our day! 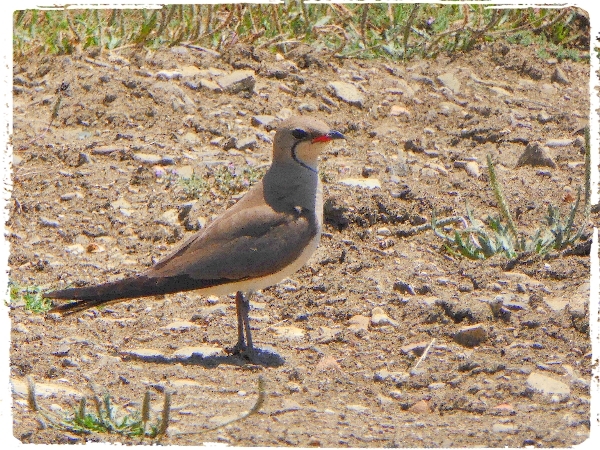 We stopped at the Mirador de Estrecho after we visited La Janda for a second time, we were looking for a CREAM COLOURED COURSER that had been seen recently, but we had no sightings. The view from the Mirador of Morocco was stunning in superb afternoon light, that concluded our day out.