WEATHER: Heavy banks of cloud threaten rain for most of the day, but we had no wind, hooray!  Later sunshine and higher temperatures. Max temp 25C

What a difference a day makes! Today we had perfectly still conditions, no wind but a lot of cloud cover, we had a much better day in the field with a lot more sightings. Tony joined us again today, so Barbara, Paul, Tony and myself set off from the village at 8am heading towards the coast at San Roque. 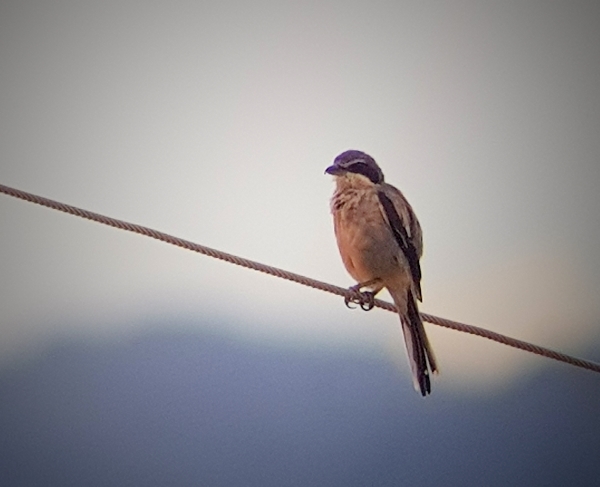 record shot of the Iberian Shrike

We stopped at the Marchenilla Track a regular birding spot for me.it was very quiet the only raptors we saw were the locals, Common Buzzard and Common Kestrel with hundreds of Sparrows and Collared Doves. Along the first part of the track we also saw Sardinian Warbler, Willow Warbler, Greenfinch and a very large flock of hirundines were perched on the power lines, we noted Sand Martin, House Martin Barn Swallow and Red-rumped Swallows. 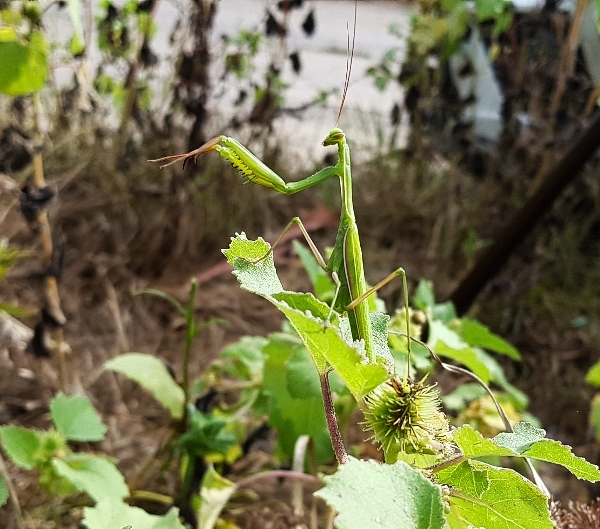 After a short coffee stop we drove to the Castillo de Castellar along the way we stopped at the bridge over the Rio Guadarranque below the castle where we watched a single Monarch Butterfly. At the castle rain threatened it was quite chilly up there we never stayed long. We did see four Honey Buzzards, Griffon Vultures and a Booted Eagle. 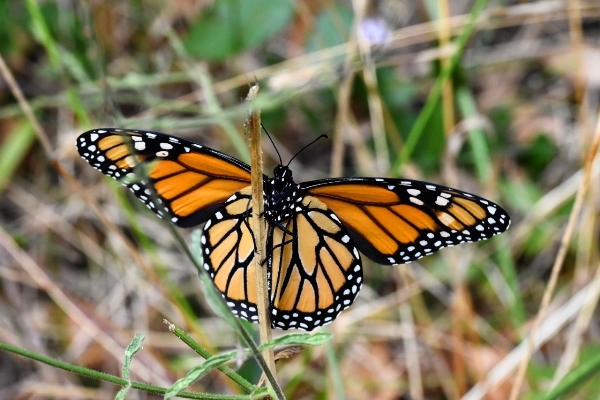 At Palmones we picked up picnic supplies and then drove to River Mouth, sat on a bench and ate our meal whilst scanning the salt marsh and the sand banks on the opposite shore, The tide was high, there were very few waders and just a few gulls. However, what was there was an interesting mix of gull and tern species. Three adult Mediterranean Gulls flew off just as we arrived, three Slender-billed Gulls remained with a few Black-headed Gulls and two Yellow-legged Gulls. A single Gull-billed Tern sat on the shore and a Sandwich Tern came down to join it. 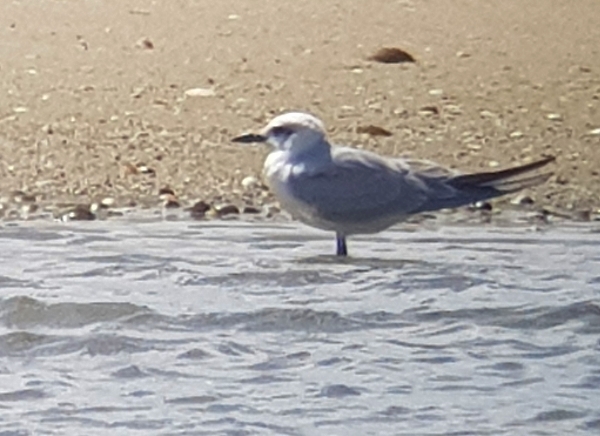 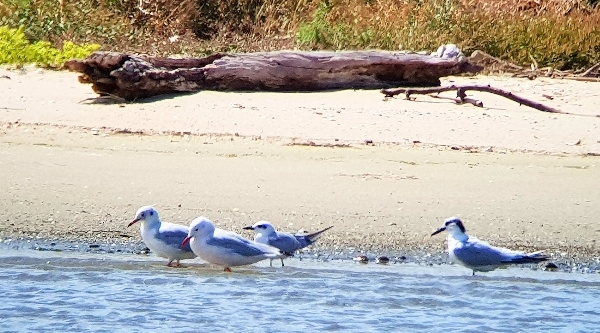 Out on the marsh we picked out 13 Grey Herons, a couple of Little Egrets and a single Eurasian Spoonbill. We never identified a single wader because they three that were present flew off before got around to looking at them. A second coffee followed our lunch before we set off at 3pm to towards Tarifa. 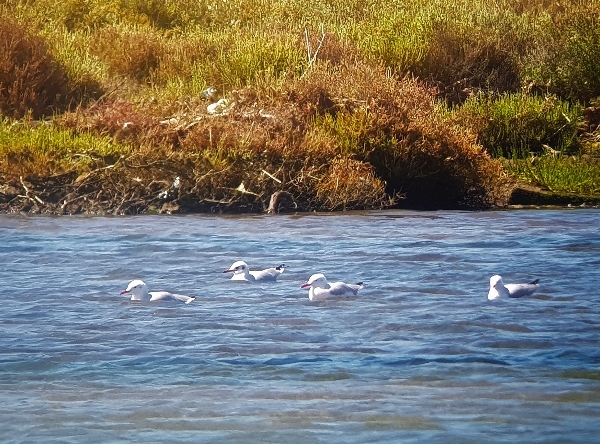 Our last official venue was the Raptor Watch Point at El Algorrobo found a couple of kilometers the other side of Algeciras. We thought it would be quiet but we were wrong. A group of Spanish Birders were set up in the bright afternoon sunshine watching a fair number of birds, as we arrived they were all up mon their feet watch a couple of large birds flying over, they called to us and pointed out two Bonelli’s Eagles!!

From then on most of our sightings were of Griffon Vultures but we also watched many Booted Eagles, fewer Short-toed Eagles, a small number of Honey Buzzards, Common Kestrels and Eurasian Sparrowhawks. The Bonelli’s Eagles reappeared at a distance and we all got to see them this time.

It was the falcons that raised the bar, first we found a Hobby and paid back the Spanish guys somewhat with our find by getting them onto it and then they topped us by identifying another falcon as a ELEANOR’S FALCON. This bird flew right over the top of us, it was very high, we all got onto it, a smashing sighting. 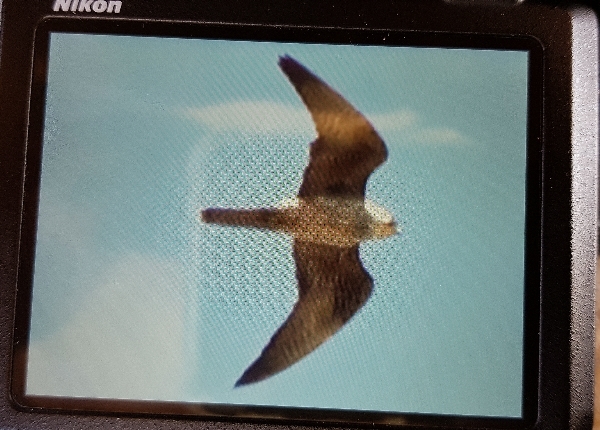 back of camera shot of the Eleanora's Falcon

Other birds seen included a group of 10 Bee-eaters, a few Pallid Swifts and large numbers of Barn Swallows. We stayed until 5pm when movement began to get quiet, well pleased with our decision to visit the area.

A brief stop at Torreguadiaro to search the laguna for Little Bittern was thwarted by the dense reed-growth, we could hardly see any water, four Little Grebes was all we got. We got to Guacin at 6pm plenty of time get ready for our delicious home-cooked meal of Carillera (pig’s cheeks) in a tasty sauce, yum, yum!