LA JANDA – VEJER – BARBATE MARSHES The wind speed forecast was for much lower speeds today – what a joke! It was a total blow out at the coast, sometimes we couldn’t even open the car doors…………..

We were a little late setting out and the weather seemed quite pleasant in Gaucin but as we drove to the coast it was obvious that it was going to be another very windy day. We abandoned our visit to Tarifa and the walk along Los Lances Beach because it too windy.

At La Janda we barely got out of the car but surprisingly enough there was plenty of birds to watch from the comfort and shelter of our air conditioned vehicle. Lot of Cattle Egrets braved the elements to feed in the rice fields along with Little Egret, White Stork, Black-winged Stilt, Collared Pratincole and a few Green Sandpipers. A dozen or so Black Kites flew over the fields and both Short-toed Eagle and Griffon Vulture were seen very high up. 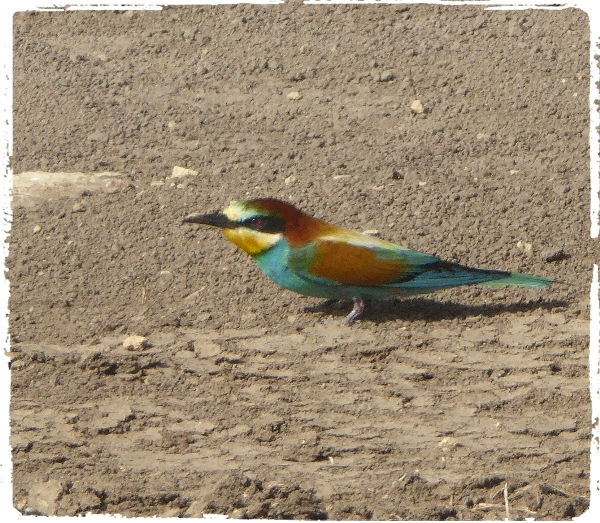 This is as colourful as it gets - European Bee-eater

As we drove along the ‘central track’ we added Grey Heron, Lesser Black-backed Gull, Black Headed Gull, Gull-billed Tern and plenty of Bee-eaters. We then turned off the main track and headed out towards Benalup passing closely to the huge colony of Cattle Egrets, many nest still had chicks but most were either fledging or had just fledged and were flying around in the bushes. Dozens of Glossy Ibis joined in the breeding programme whilst one or two pairs of Night Heron bred also.

We drove up near the ‘smelly farm’ where we searched for roosting Red-necked Nightjars, we found one almost immediately, what a beauty. Red-legged Partridge and Common Pheasant were seen in the scrub nearby. 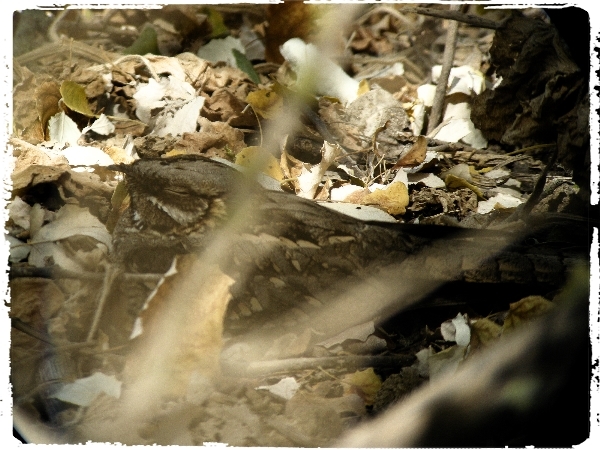 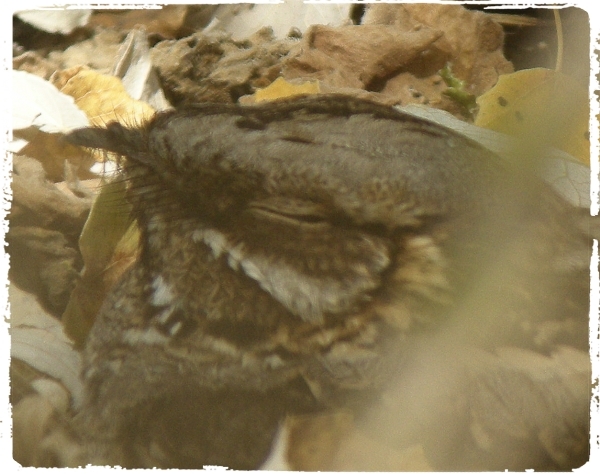 se the hairs around the Nightjars mouth, used for sweeping in insect prey whilst the mouth is gaping

We left La Janda via the track that takes you towards Vejer the fields were flooded all along this route and some had quite a lot of bird activity. One such field held over 100 Black-winged Stilts with small numbers of Ruff, Black-tailed Godwits, Green Sandpipers and Black-headed Gulls. We saw a single Eurasian Spoonbill, two Great White Egrets and Glossy Ibis in excess of 100 birds. 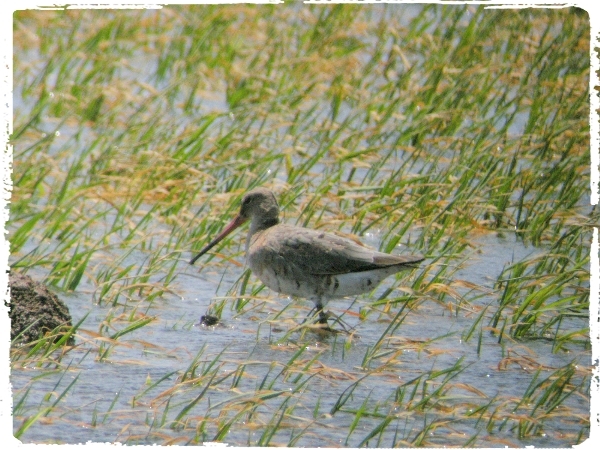 Driving towards Vejer we pulled over at a golf course where we search for Eagle Owl but all we got was Common Kestrel and lots of Jackdaws.

At the Bald Ibis nesting colony we saw zero Bald Ibis except for one dead one, all nests were empty, however we did see a single bird as it flew over us.

Barbate Marsh was almost impossible to bird we could hardly get out of the car yet we saw a nice selection of birds, Kentish Plover, Dunlin, Sanderling, Little Tern and Audouin’s Gull fed out on the marsh. But there wasn’t a single Collared Pratincole to see nor any larks, wagtails or pipits.

We quit early and headed back home making one stop at the mirador de estrecho for a coffee, even the view to Morocco was spoilt by the wind.

We got home around 5:30pm and later we enjoyed a lovely meal in the village courtesy of Dave and Vanda, it was a lovely evening.