TRANSFER TO MALAGA AIRPORT AFTER BIRDING AT THE RIO GUADIARO (ESTACION CORTES), LLANOS DE LIBAR AND MONTEJAQUE CORK WOODS Well our last day had arrived at last and the weather was a little bit better. The wind had shifted round to the west and had reduced quite significantly so we were able to find sheltered areas. We set out at 9am and drove to the Guadiaro Valley at Cortes where we were out of the blustery wind.

We spent a really lovely time watching some great birds and our combined list was fully of goodies but not one of us saw all the birds on show, for instance Dave saw a White-rumped Swift, whilst Vanda was the only one to see a Kingfisher and I spotted Hawfinch and Golden Oriole but neither of them did. 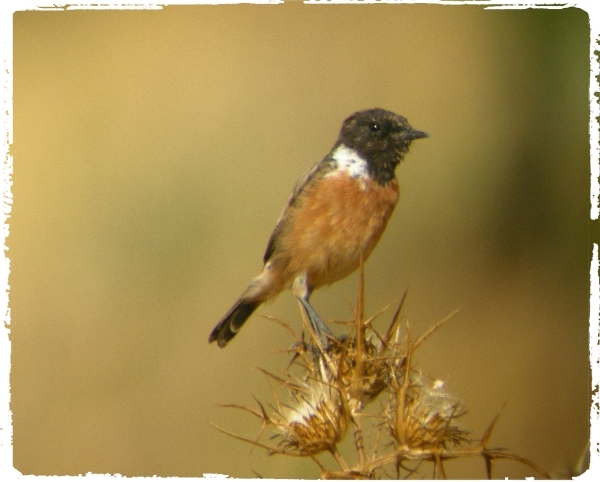 A Firecrest showed extremely well for all of us and so did, Common Stonechat, Woodchat Shrike, Cirl Bunting, Rock Sparrow (our main target species), Turtle Dove, Grey Wagtail and Little Ringed Plover.

The sky was full of hundreds of hirundines and swifts we saw House and Crag Martins, Barn and Red-rumped Swallows, Common and Pallid Swifts (Dave saw the White-rumped Swift) and joining them we saw Eurasian Sparrowhawk, Booted and Short-toed Eagles and Griffon Vultures. 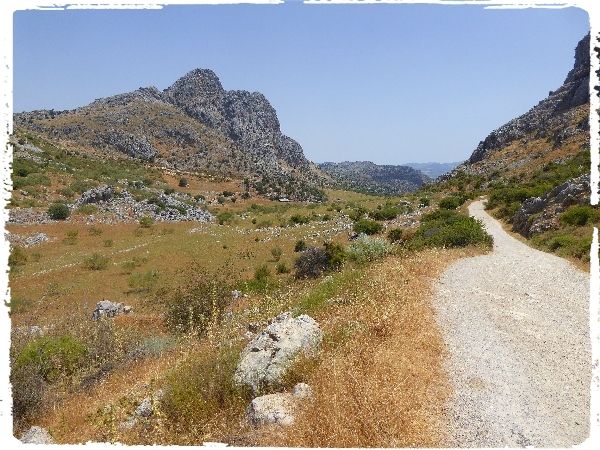 Part of the Llanos de Libar

After a coffee break in Cortes we drove to the hidden valley behind Montejaque where the Llanos de Libar is found. This wide, open valley has rocky scree, steep cliffs, pasture and farmland. It was now very hot and we were thankful for the strong breeze. We ate our picnic lunch sitting on a concrete bench in the shade before setting off up through the Llanos. It took a long time to find any birds of note but find them we did. Black and Black-eared Wheatears, Blue Rock Thrush, Black Redstart, Cirl and Rock Bunting and a large flock of Rock Sparrows fed on the track in front of us.

We dipped on Common Rock Thrush and Bonelli’s Eagle but plenty of Griffon Vultures, Crag Martins, Short-toed Eagles were about and there appears to be a plague of Common Stonechats this year. 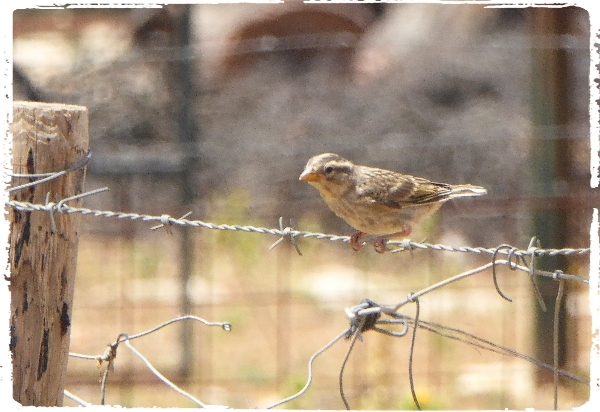 A quick stop in the rocky valley just north of Montejaque produced some great views of Alpine Swift but not much else and a walk in some cork oak woods was fruitless. A second coffee break along the Ronda to Ardales road was taken before we stopped to look for Bonelli’s Eagle at another nest site, this also produced nothing.

We arrived in Malaga around 6pm, a little early but Dave and Vanda were happy to chill at the airport. We said farewell and parted ways, I had to drive straight to Gibraltar Airport to collect Sophie (Dawn’s daughter) and John, Sophie’s fiancé. When we got home at 9:00pm I needed a glass a wine!!