We set off out of the village around 8:30am and drove down the mountain towards Jimena de la Frontera, we turned off the main road just after San Pablo and reached our destination after 6 more kilometers. We noted European Bee-eater, Common Stonechat, Eurasian Hoopoe and Crested Lark along the way. 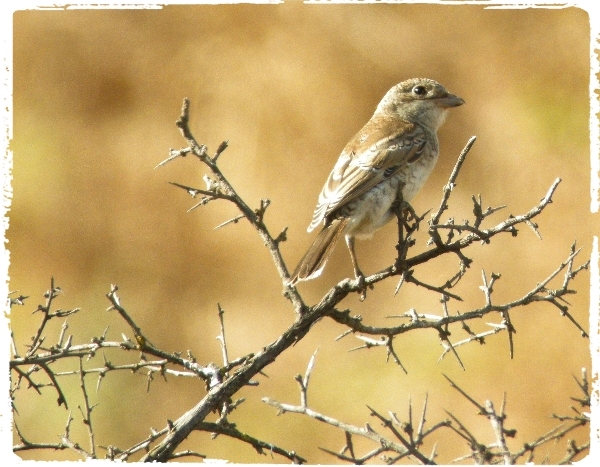 A juvenile Woodchat Shrike - plenty of these were about

The Marchenilla Track was sheltered a little from the strong wind and so the birding wasn’t too bad. We went straight to the area where RUFOUS BUSH ROBIN is often found and within minutes we saw one on a fence, fantastic. It was a lifer for both Dave and Vanda (who spotted it first), we enjoyed watching for about 10 minutes as it fed on the ground and often it would cock its colourful tail 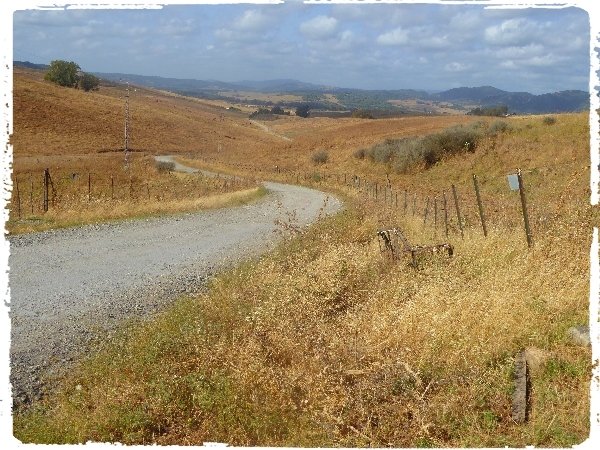 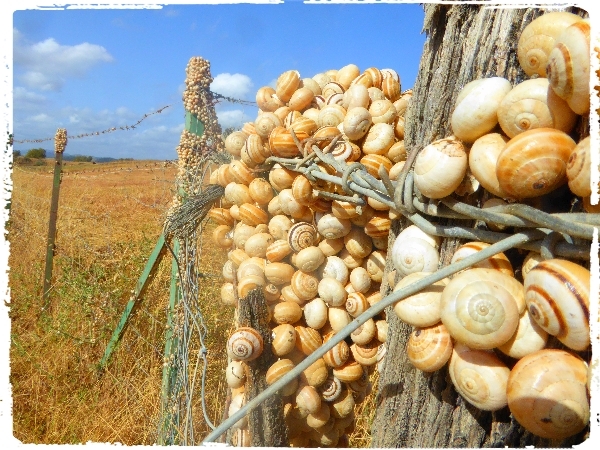 We then found a Short-toed Eagle sitting on a pylon and a few European Bee-eaters on the wires and as we walked further along the track we added Melodious Warbler, Woodchat Shrike, Crested Lark, Griffon Vulture, Lesser Kestrel, lots of Common Stonechats and a few Corn Buntings. 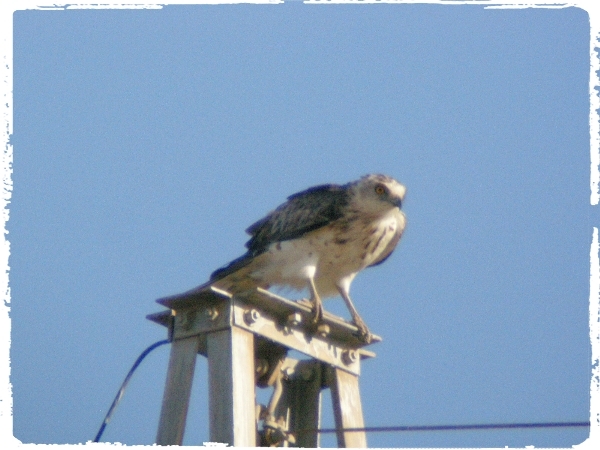 Short-toed Eagle perched above and another in flight below 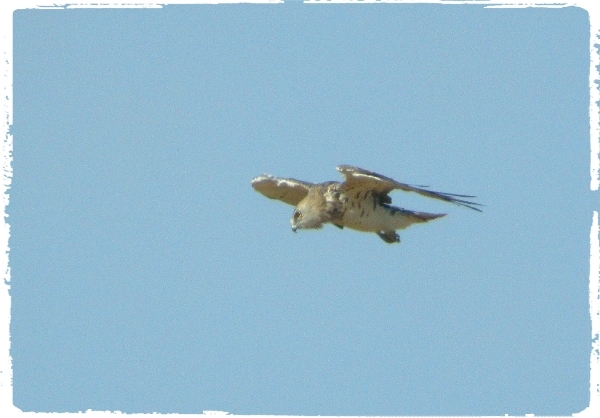 We climbed up the track and over a ridge where we discovered a few more species including Spanish Sparrow, Tawny Pipit, Common Buzzard and a couple more obliging Short-toed Eagles.

From the track we drove to the Rio Hozgargante noting along the wires huge numbers of House Martins with a few Red-rumped and Barn Swallows. The river didn’t produce much but we did see Olivaceous Warbler and Iberian Chiffchaff.

We drove next to the Presa Guadarranque and its huge reservoir, which is found just off the road to Castillo de Castellar our next destination.  We made an impromptu stop to watch a large flock of Griffon Vultures as they fed on a carcass in a roadside field, it was quite a spectacle.

After a quick coffee stop we ate our picnic lunch besides the Rio Guadarranque where Monarch Butterflies gently and gracefully glided all around us, it was a magical setting.

THE BIGGEST THREE BUTTERFLIES OF EUROPE 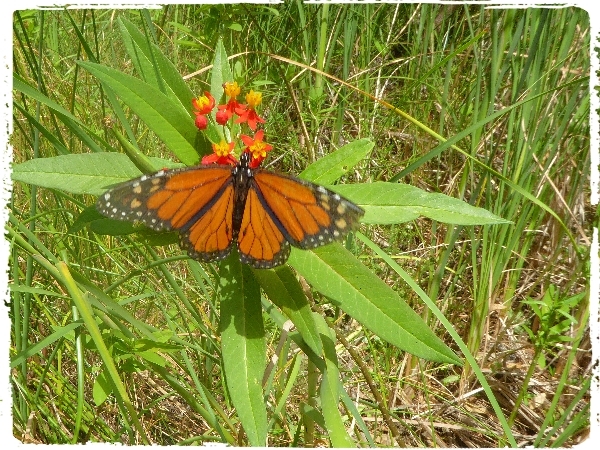 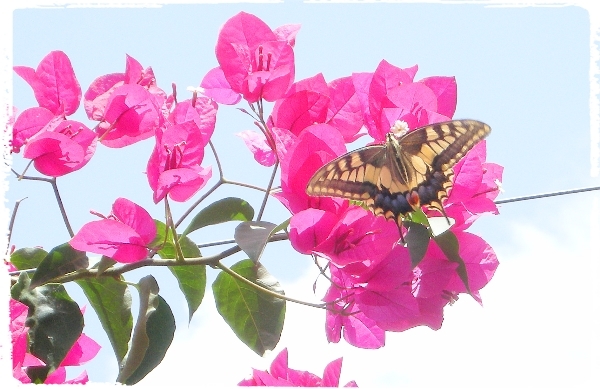 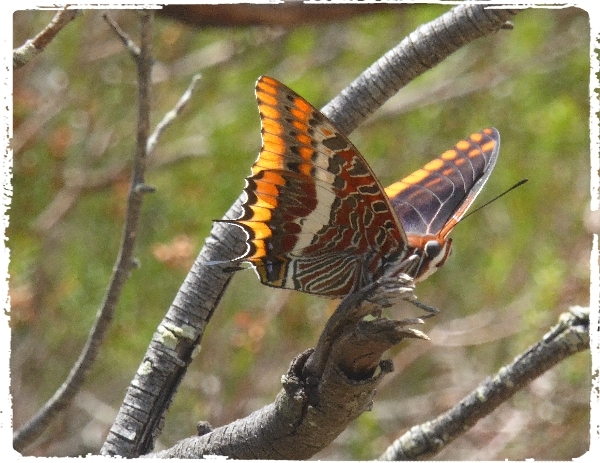 We drove round to the Presa (dam) where a well-known spot for the magnificent TWO-TAILED PASHA butterfly can be found. Sure enough this reliable beast was sitting waiting for us, it posed really well and only ‘attacked’ me once (it can be very territorial). 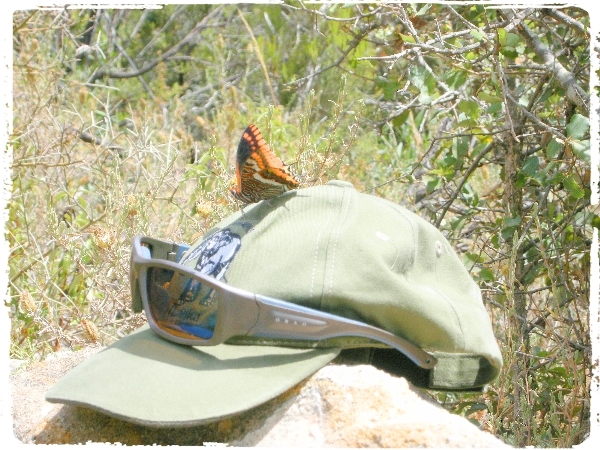 Having knocked my hat off my head the Pasha sat and guarded that too!

Our visit to the Castillo (castle) and its Moorish village was a windy affair, it was a nice visit but we never saw much. A Swallowtail Butterfly added to our enjoyment of finding ‘large’ butterflies but bird wise we saw a few Griffons, Crag Martins and a single Booted Eagle.

The same happened at San Enrique it was very windy but we caught up with Tree Sparrow, we had sightings of a probable Wryneck and we added Spotted Flycatcher to our list. Several Little Ringed Plovers fed in a field that was being flooded as did a couple of White Wagtails. 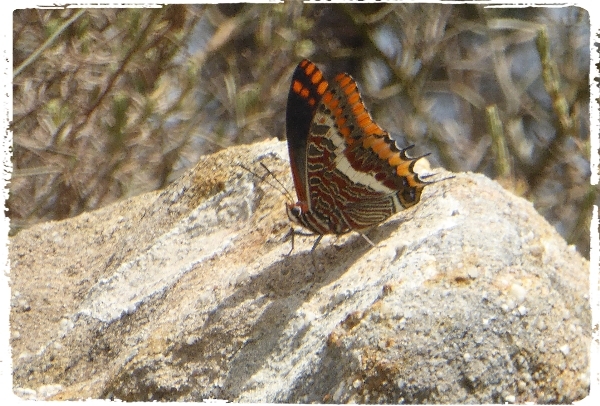 more of the Two-tailed Pasha - I love this creature, you can just see it has two tails on each hind wing.

Our last stop was at the Laguna Torreguadiaro, it was completely hidden by giant pampas and phragmites except for a small window cut through the reeds. From there we added Moorhen, Little Grebe and, to our great delight Little Bittern, to our list. 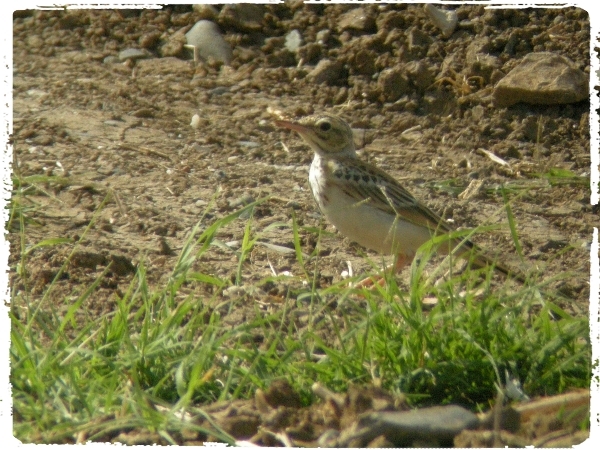 We decide to walk into the mariner to sea watch from the sea-wall, as it was blowing gale out we hoped for some decent views of Gannets etc. Wow, it was amazing, dozens of Cory’s Shearwaters dashed about in the bay with smaller numbers of Baleaeric Shearwaters, a few Northern Gannets and a single Mediterranean Gull flew passed.

This was a fitting and windy end to an enjoyable and windy birding day.