We had a marvellous start to our tour of Extremadura and the Gredos Mountains, the weather was just perfect, albeit a little windy. Everyone had arrived a day or two before the trip and we all met up for breakfast at 8am this morning in the plaza at Barajas near Madrid Airport. It was warm, bright and sunny, we sat outside on the terrace to eat breakfast. We saw lots of Common Swifts, Collared Doves, a nesting pair of White Storks and the very noisy Monk Parakeets.

Our route took us around the busy motorways of Madrid and out on the A5 heading south-west toward Badajoz.  It wasn’t long before were noting birds of prey. The Black Kite was a very common sighting, as was White Stork and Eurasian Magpie. We stopped after 90 minutes for a coffee break and during our break we watched both Red and Black Kites, Booted and Short-toed Eagles, Griffon Vulture  and a few Goldfinches around the car park. As we pulled away a Collared Pratincole flew across the road and landed in a field. 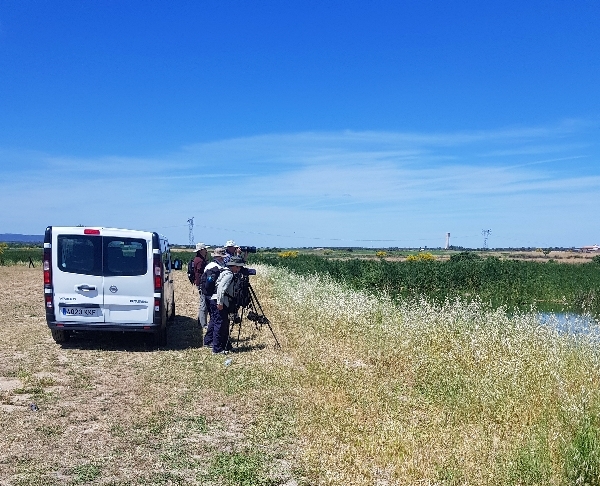 our first birding stop of the tour  Arrocampo nature reserve

We spent a couple of hours at Arrocampo, this reserve comprises of lakes, reed-beds, oak dehesa, broom scrub and open grassland. We visited a series of hides near the visitor’s centre where we viewed the reedbeds and open water. Great Reed Warblers sang out loudly as we scanned the reeds for Little Bitterns. Soon we saw a Little Bittern in flight and a Purple Swamphen in the reeds but it was the Purple Herons that grabbed our attention. There must have been 3 pairs, all breeding in close proximity to one another, they were all feeding young as they frequently visited obvious nest sites, they were amazing to watch. 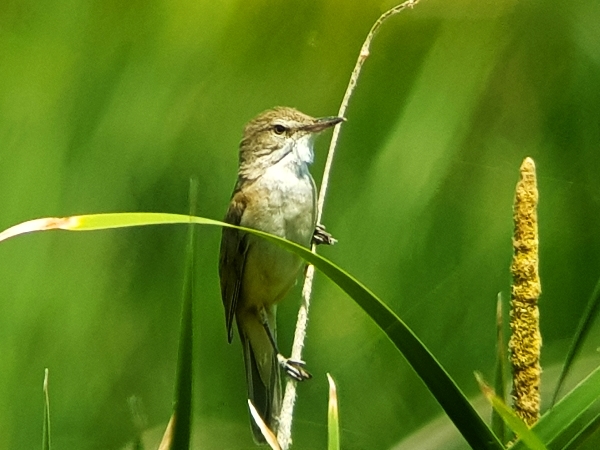 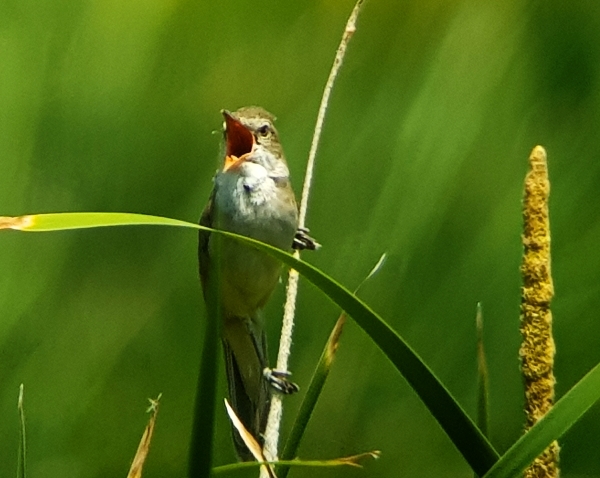 From one of the hides we found not one, but three, FERRUGINOUS DUCKS, amazing! I never expected these birds to be present , a smashing bonus bird. Driving through the broom scrub we saw Crested Lark, Iberian Shrike, Common Stonechat and a probable Tawny Pipit. 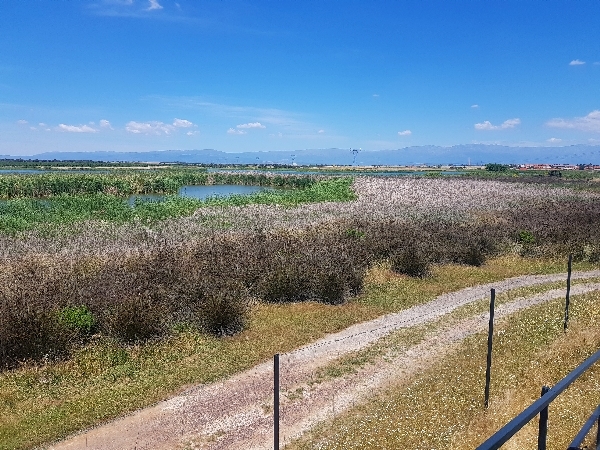 From other vantage points we saw Little and Cattle Egret, Great Cormorants, Marsh Harrier and all the time there were Black Kites and Booted Eagles above us. Another part of the reserve has a  breeding colony of herons and egrets, two pools are bisected by a main road from where we scanned the lakes. We found a Savi’s Warbler, it was reeling from time to time and we saw it briefly a couple times quite close to us. Common Kingfisher and a fly-over Great Egret were also additions to the day list. Above us we added Black Vulture to the raptor list. 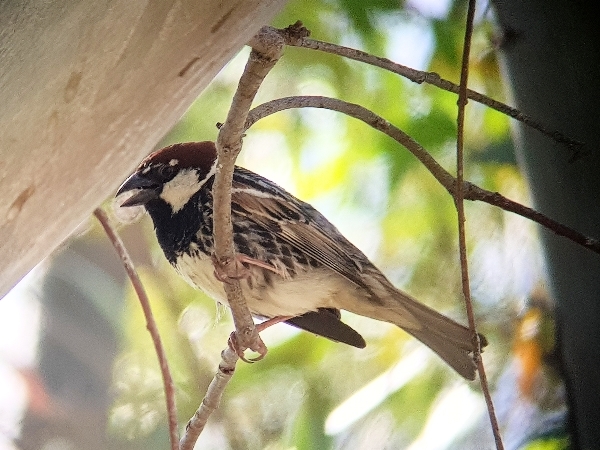 We then drove to another area where a couple of pools were found on either side of the road and lots of oak dehesa surrounded us. We found Black-winged Stilt, Redshank, Black-necked Grebe, Eurasian Hoopoe, Corn Bunting and a female Chaffinch.

From Arrocampo we drove further southwest to Jaraicejo where we stopped for a while on the ‘broom’ heathland, this area is well known for holding a population of both Spectacled and Dartford Warblers. It was quite windy when we arrived, so I didn’t expect great sightings of these specialist scrub warblers. However, we get reasonable views of both species and after just 30 minutes we left the heathland. 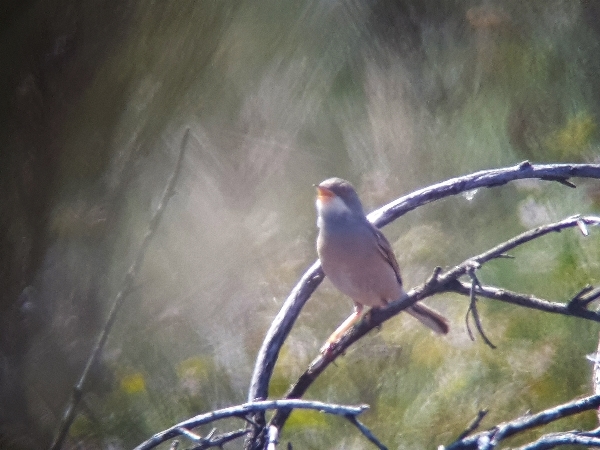 a poor record shot of the Spectacled Warbler

Our final stop was below the village of Jaraicejo at the rio Almonte where three bridges can be seen. Parking just above the ancient bridge we watched Spanish Sparrows at a nesting colony, also European Bee-eaters and Red-rumped Swallow. From the bridge we view so of the rivers, a babbling brook in reality because the water level was so low. We found both Grey and White Wagtails, lots of Spanish Sparrows, Woodchat Shrike and we could hear Common Nightingale and Cetti’s Warbler.

Butterflies were observed throughout the day we saw ten species including Common Swallowtail, Cleopatra, Holly Blue, Small Skipper, Small Copper and lots of Meadow Browns. European Pond Terrapins, Marsh Frogs and a couple of dead Egyptian Mongoose were our other sightings.