Yes it was a hot one today and still we had a nice breeze to keep us relatively cool for most of the time. We ate breakfast at 7am and by 8am we were travelling through Trujillo on the way to Monfragüe national park. It took just 50 minutes to arrive at our first birding destination which was the Castillo de Monfragüe. We had noted the usual species along the way such as Black Kite, Common Buzzard, Iberian Magpie, Corn Bunting, White Stork and several others.

We parked just below the Castillo car park and scanned a vertical cliff face for vultures and other montane species. Several Griffon Vultures were sitting on or near huge nests of sticks we also saw Blue Rock Thrush and dozens of Crag & House Martins, Barn & Red-rumped Swallows. In the sky behind us and not too far above us a few Griffon Vultures drifted by then  we saw our first Egyptian Vulture, it drifted passed us almost at eye-level. 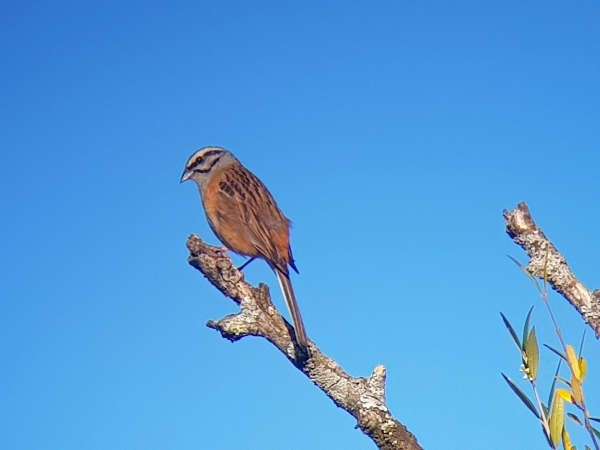 As we left the bus in the car park our first Cirl Bunting showed briefly and up ahead of us Gary found a family party of Hawfinches, a parent bird was feeding two fledglings on the side of path in front of us, the chicks were just as colourful as the adult bird. A Rock Bunting dropped down into the grass nearby with a couple of Chaffinches.

As we climbed the steep stone steps to reach the Castillo we saw a beautiful male Rock Bunting singing from a dead twig and as we neared the top we found our prized, most wanted species, the White-rumped Swift!! This bird circled the top of the Castle for several minutes keeping close to a pair of Common Swifts, all the group got to see it well. 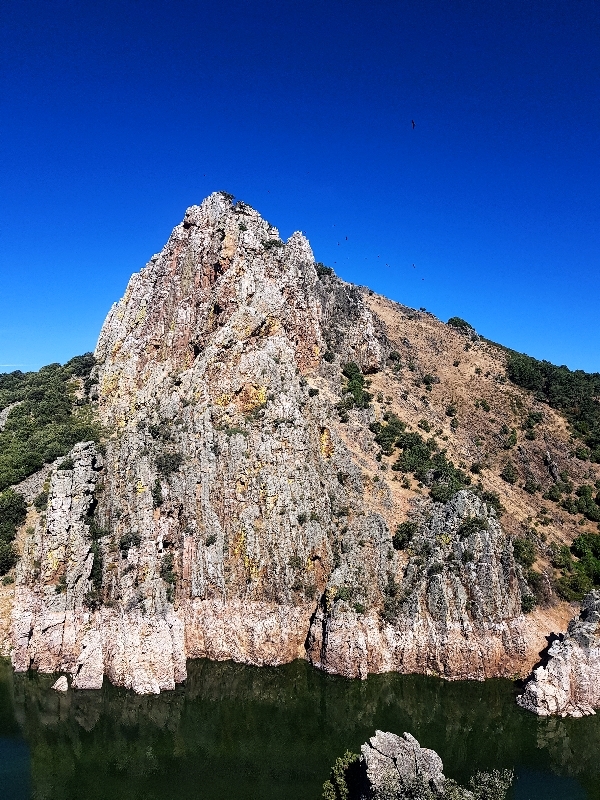 From the viewing platforms in the castle ramparts we had terrific views of the national park especially the rocky pinnacle called Peñon Falcon where dozens of Griffon Vultures sat out. The sky was always full of hirundines and swifts and slowly, as the air temperature rose, more and more vultures took to the air. A few butterflies also took to the wing, we noted Wall, Marbled White, Speckled Wood, Ilex Hairstreak and Rosemary found a new species for the list, Spanish Purple Hairstreak.

Next, we drove down to the lower car park and spent a little time looking for warblers in the surrounding oak trees, we saw Sardinian and heard Subapline but not everyone had good views of it when it eventually showed. From the car park below the Peñon Falcon we were suddenly surrounded by about 100 elderly Spanish tourists as two buses disgorged their noisy cargo. We saw Black Storks standing on their nest sheltering the chicks from the heat, we had good views of Blue Rock Thrush, Black Redtsart, Wren and you could almost reach out and touch the Crag Martins. A Peregrine joined the throng of Vultures circling above the rocky pinnacle, we also noted both Red and Black Kites, but no eagles. 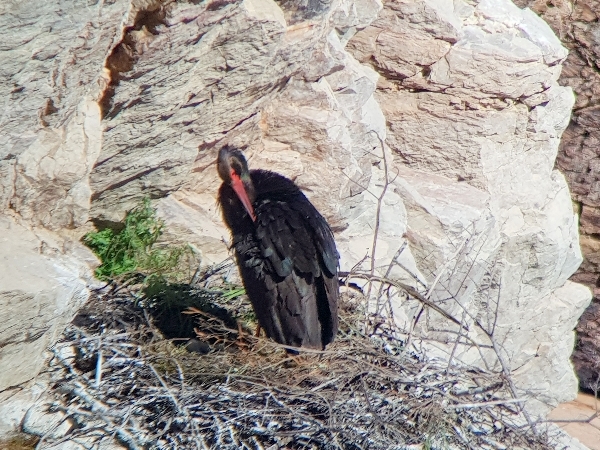 Our next stop in the park was much more peaceful but it was getting much warmer, we parked near the main bridge over the river Tajo and watched the hundreds of house Martins flying two and fro from their nests under the bridge, Alpine Swifts and Red-rumped Swallows joined then, at times there was just a swirling mass of birds around the bridge. On the hillside beyond the bridge a small number of Black Vultures had built their nests in the tops of trees, we watched these giants of the air coming and going but we could not see any chicks in the nests. 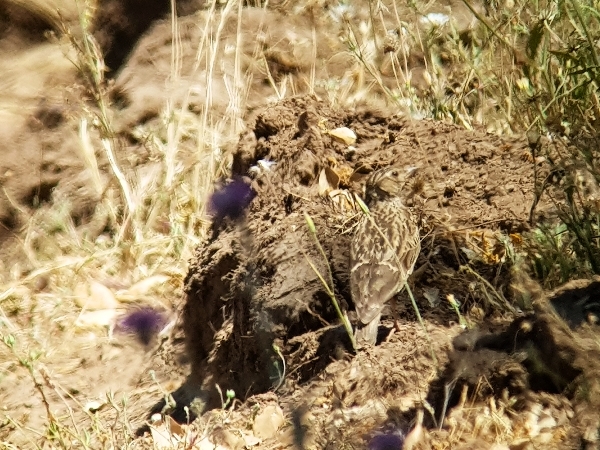 Our short walk took us along the bank of the river Tajo where woodland gave us some shelter from the sun, we noted Blackcap, Long-tailed Tit and some of the group saw a Garden Warbler. A Two-tailed Pasha butterfly grabbed our attention just before we left. We then drove to the village in the park to buy lunch and apart from the two bus loads of tourist very few people were seen. At the village only one café was open, luckily, they sold very nice sandwiches and excellent coffee.

For next couple of hours we made our way the northern entrance to the park at the Portilla del Tierta, another rocky outcrop where lots of vultures were flying around. This site has been the best place to see Spanish Imperial Eagle for years. We noted Subalpine Warbler along the walk from the car park and a few Black Kites in the air. We had only been there about 5 minutes when an Imperial Eagle appeared over the ridge to the right of the rocky pinnacle, it circled above us for a while, gaining terrific height before drifting off. We learnt from some Spanish local birders that the old nest was back in use, but it could not be seen very well from the view-point.

A slow and very hot walk was taken along the road to some oak dehesa, we saw Eurasian Nuthatch, Great Spotted Woodpecker, Blackcap, Common Nightingale, another Cirl Bunting and finally a couple of Woodlarks. The heat got us and we gave up walking. We then sat in the shade sipping cold drinks at a restaurant on the very edge of the park, my group and I were exhausted because of the heat, it was around 37C at 5pm!! We eventually moved from the shade and board the bus for home, we did make two stops in the park on the way back, we looked for Black-eared Wheatear and Bonelli’s Eagle but drew a blank on both species. 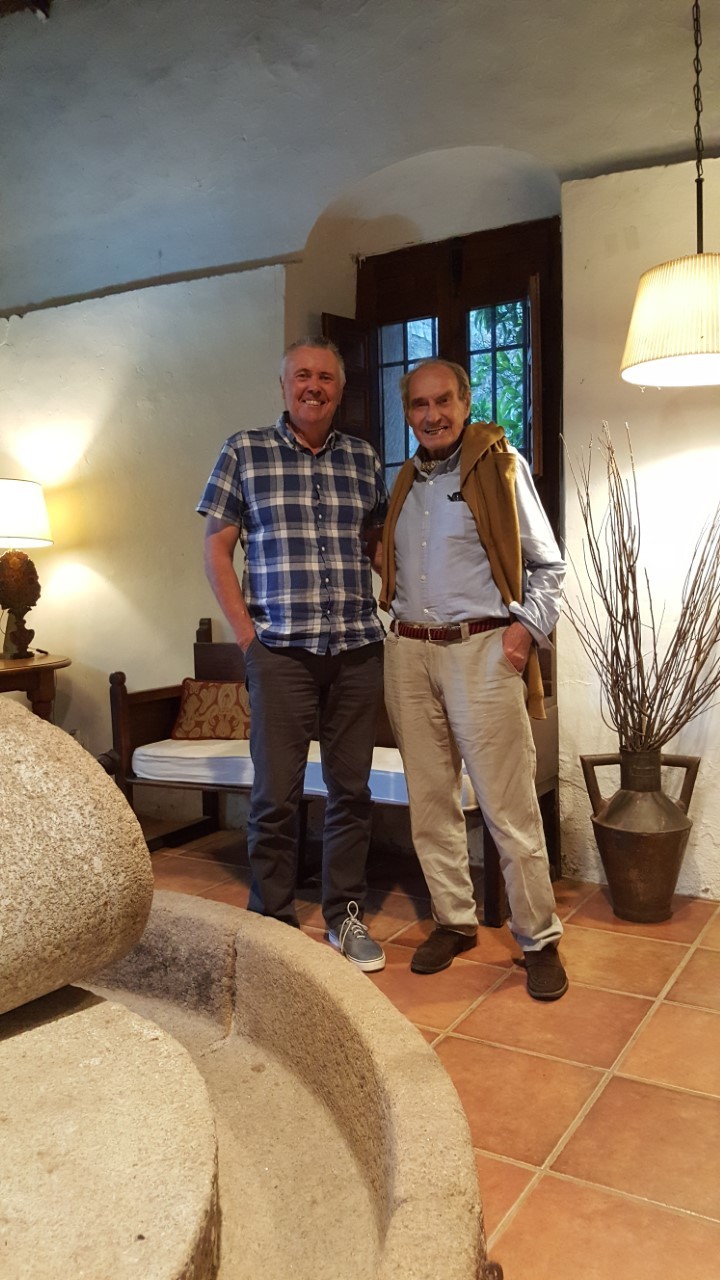 saying goodbye to Henri, I have known him for nearly 20 years, he has owned Finca Santa Marta since 1991 and this year he has sold it to retire, good luck to him, I shall miss his introductory talks each time we arrive.

It was 6:30pm when we got back and at 8pm we ll met again and sat out n one of the garden terraces to call the log, it was lovely out ther in the gardens, Iberian Magpies dashing about, Hoopoes calling and Swallows twittering around us, idyllic.

The best news of the day, of course, was that my football team had won promotion to the Premiere League, come on Aston Villa!!!