WEATHER: bright sunshine all day with great temperatures, a little windy in the afternoon. 14 – 28C

We had a terrific day today and despite travelling quite a distance we had plenty of time in the field. We left our hotel in Fuendetodos at 6:30am with our breakfast in a bag and drove to El Planeron Reserve some 30 km away. It was 14C when we got there, the light was perfect and no wind, just superb conditions for birding. 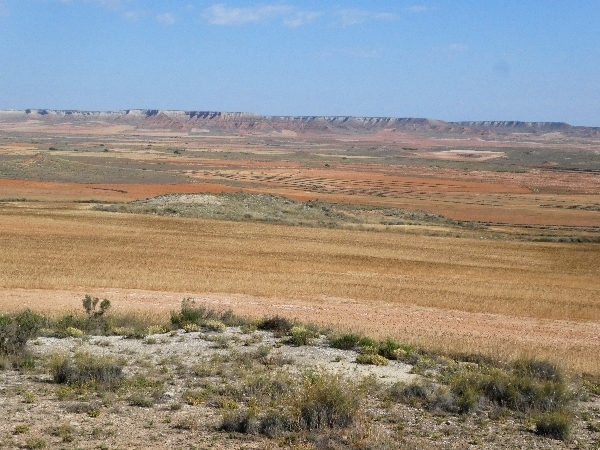 The colours of this wonderful landscape are stunning at El Planeron

Having notched up Hoopoe, Red-legged Partridge, Crested Lark, Black Kite and a few others along the way we arrived at the entrance track to the El Planeron reserve. This area of psuedo-steppe is a conservation site, a reservation to protect the habitat favoured by the Dupont’s Lark, it is a huge site with many breeding species especially larks. We stopped after just 50 meters to watch an area of short scrub, the air was alive with the songs of larks, we quickly found Greater Short-toed Lark, Thekla Lark and Crested Lark. 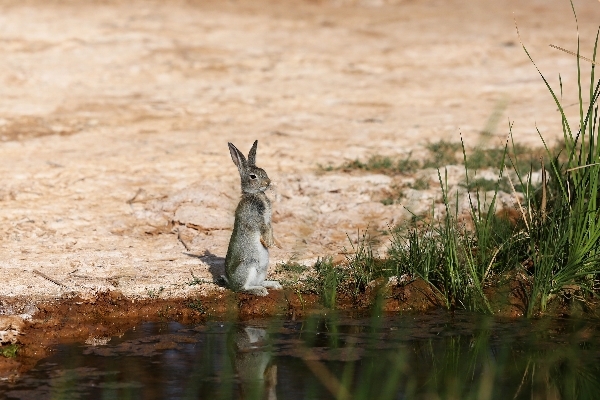 As we ventured deeper in to the ‘steppe’ we noticed dozens of Rabbits, I can’t ever remember seeing that many before, it looked like an epidemic. The sight of a Red Fox wasn’t too reassuring either, as the Rabbits didn’t seem to mind its presence. At that point we added Calandra Lark to the list. 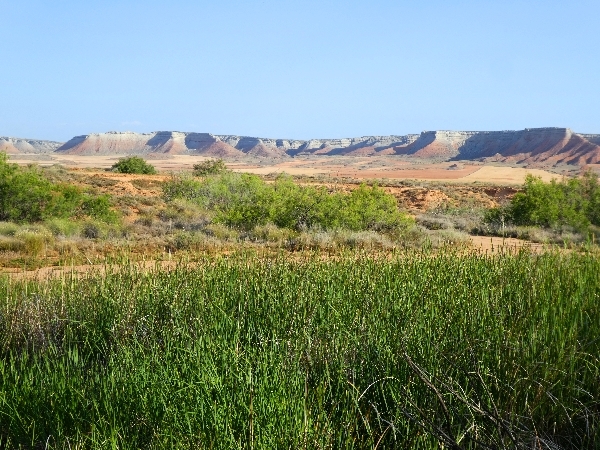 the view from the hide

We worked our way to down to an area where a tiny hide overlooks a small pool of water but before we entered the hide we ‘scoped’ the surrounding area for a while. European Bee-eater, Iberian Grey Shrike, Linnet, a distant pair of Stone Curlews and dozens of very distant Griffon Vultures were added to the day list. Then we heard the call of Pin-tailed Sandgrouse and Nigel then found them sitting in a ploughed field at quite a distance away, but we all had good ‘scope’ views of them. 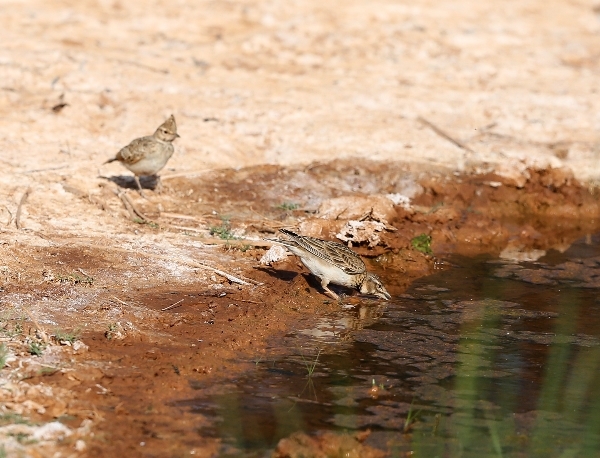 A walk towards the sandgrouse proved a disaster, because all 9 of them flew off into the distance, so we then all took turns to sit in the tiny hide for short spells. It was fantastic sitting just a few meters away from a lot of birds as they came down to drink. We saw 5 species of larks including Lesser Short-toed and Calandra. But surprisingly we also saw Water Rail, Moorhen and a Water Vole! 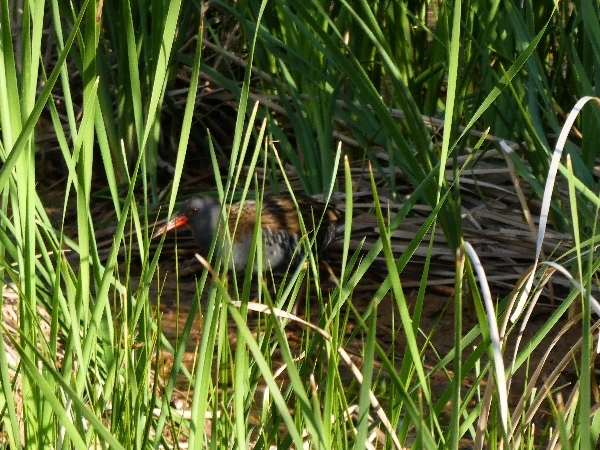 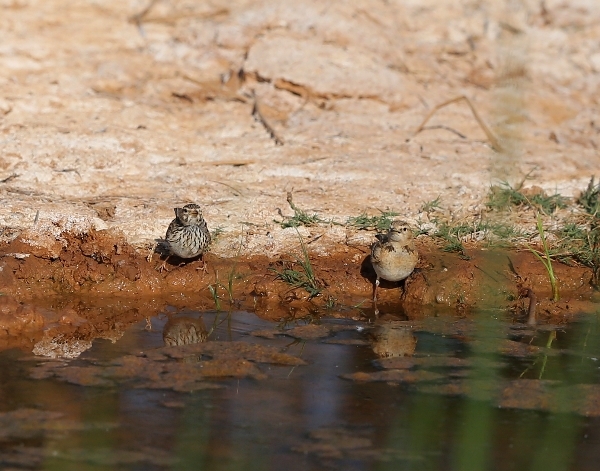 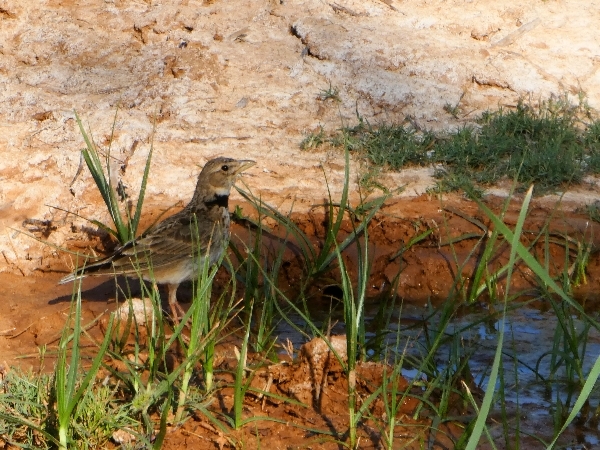 Another from Kevin, Calandra Lark, also taken from the hide

Driving towards the exit we stopped a few times to watch various other species, these included; Red-billed Chough, Raven, Little Owl, another pair of Stone Curlews and to our great delight a pair of Black-bellied Sandgrouse (only in flight). It was a magical few hours, the scenery and colours of the landscape were stunning and the light just exquisite. 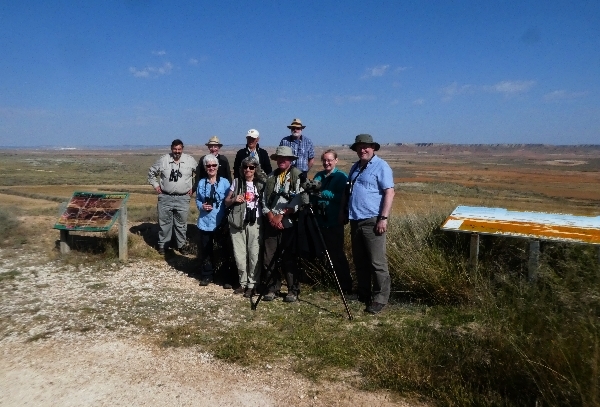 Next, and in complete contrast we visited the River Ebro just behind the town of Qinto, along the way we added White Stork, Marsh Harrier and Short-toed Eagle to the list. An ‘almost ox-bow’ lake at the river is reed filled and tree lined, it provides great habitat for a good number of species. The surrounding agricultural land is good too for more scrub-liking species too. A flooded rice field held Black-winged Stilts and during the next couple of hours we enjoyed a good number of sightings. Wryneck, Purple & Night Herons, Sand Martin, Kingfisher, Little Ringed Plover, Melodious Warbler, Great Reed and Common Reed Warblers, Common Nightingale and Cetti’s Warbler were both heard and a Common Cuckoo showed well. 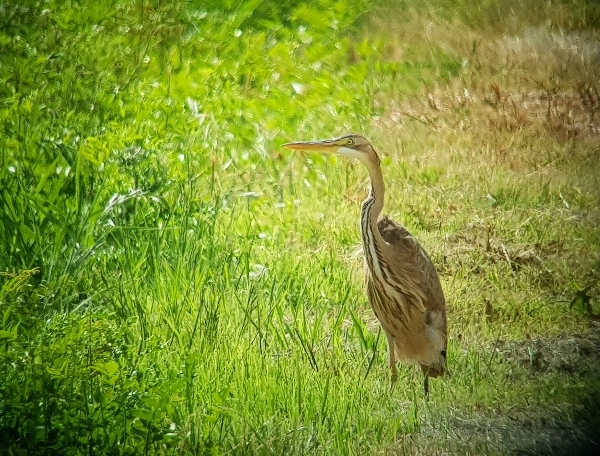 From the river we drove into the small town called Pina de Ebro which had a picturesque plaza with shaded seated areas and some fine old buildings including a large clock tower with at least eight White Storks nests built on it. We bought and ate a picnic lunch in the plaza before taking a lovely coffee, I do love Spanish coffee. We then moved on. 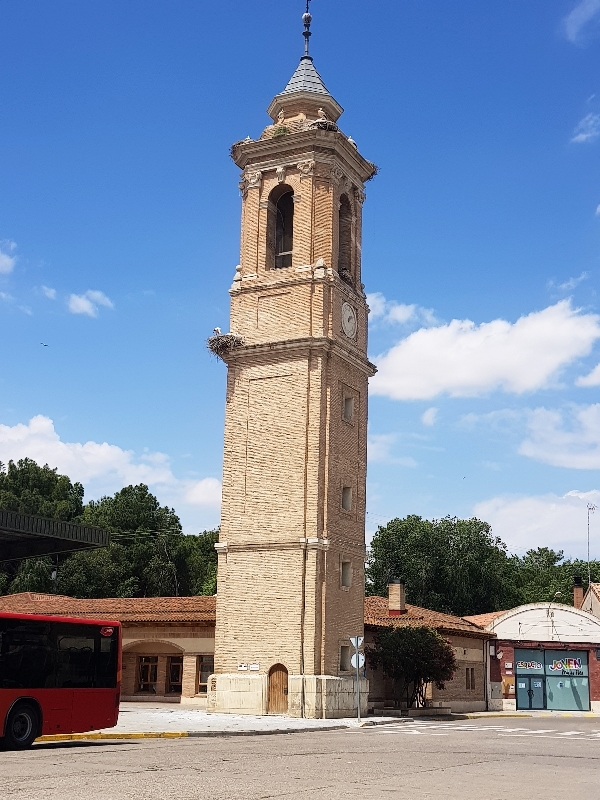 Our next stop was the area called Los Monegros where small rolling hills are tree-less and covered in short scrub with some broom and tamarisk. It is a harsh place for wildlife and it always hot and very dry and yet several birds survive well in this environment. We saw Bee-eaters, Crested and Thekla Larks, family groups of Black-eared Wheatears, a juvenile Dartford Warbler and our main target bird the Spectacled Warbler. Birds of prey were few and far between, Black Kites, Common Kestrel, Common Buzzard and some distant Griffon Vultures, we did not see Golden Eagle, juvenile birds often frequent this area in search of the abundant Rabbit. 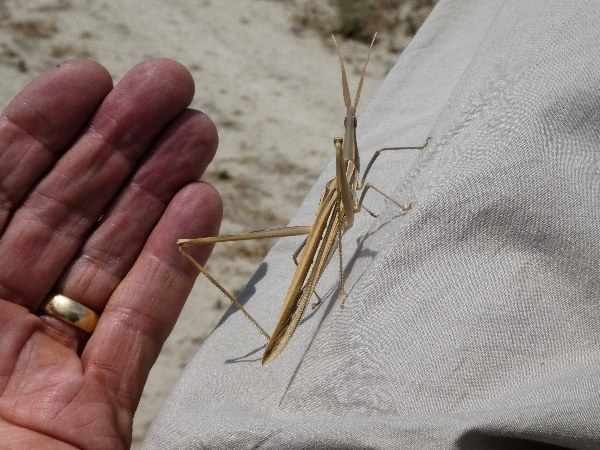 An odd-looking insect was identified as a Nosed Grasshopper, we also found Thread-winged Lacewing and a Little Owl, but not many butterflies were on the wing.

It was now 4pm and we had a long journey ahead of us, so we set off for the final leg of the journey, we drove up to Huesca and on to Jaca before turning up into the Hecho valley, we made a couple of stops for coffee and to buy supplies.

It was almost 7pm by the time we reached our hotel high up in the Hecho valley, we had noted Red Kite along the way but not much else. As soon as we got out of the bus we saw a couple of Griffon Vultures drifting high over the mountains and to our great delight not one, but two Lammergeiers appeared, we could not believe our luck, two minutes after arriving we had Lammergeier in the bag!! Bullfinches could be heard in the bushes behind us, I think we are gonna love this place.