We took an early breakfast and we were out on the road at 8am heading down the valley to towards Puente de Reina. Our first goal today was to visit a new site along the road to Alastuey looking for buntings.

It was a gorgeous morning and the scenery along the road Alastuey was delightful. Rolling hills, sometimes wooded sometimes heathland with a stream running alongside the road and some steep sand banks with rocky outcrops. 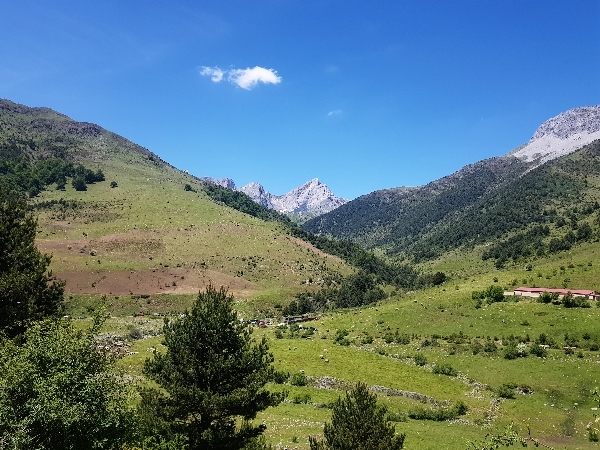 We stopped for walking sessions on two or three occasions, the area was alive with bird song and a few butterflies were already on the wing. We found Rock Sparrows in a tree and Tree Sparrows on a Rock (only kidding), just the former! A few European Bee-eaters dashed over the trees and we heard: Orphean Warbler, Subalpine Warbler, Blackcap, Chaffinch and a distant Cuckoo. 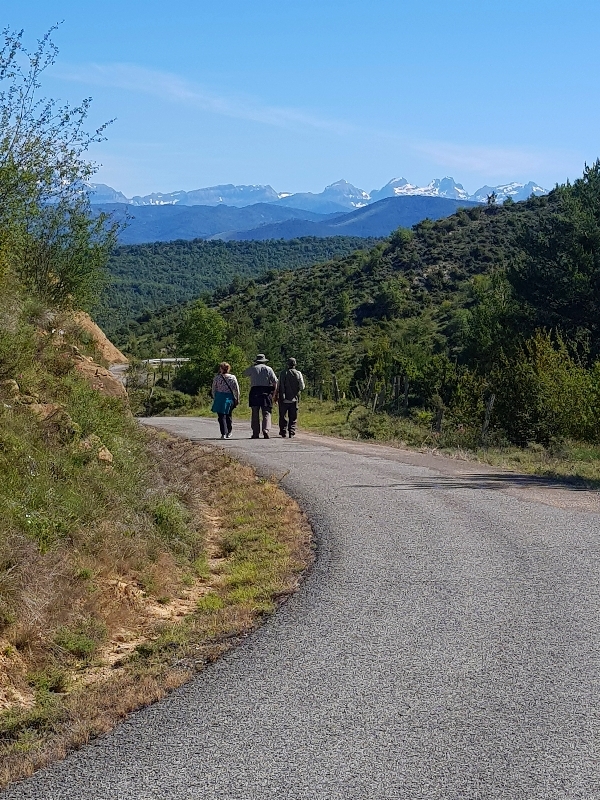 A pair of Cirl Buntings flew along the road in front of us we then saw Garden Warbler, Orphean Warbler and Subalpine Warbler. Several Melodious Warblers were singing, we found half a dozen of them. But, our main target species remained elusive, we were hoping for sightings of both Rock and Ortolan Buntings, neither turned up although towards the end of our visit we did hear a distant Ortolan Bunting but after carefully searching the hillside we drew a blank.

When we finally got back to the vehicles, Nigel, who as usual had stayed behind because of his hip problem, informed us that he had been watching an Otter in the stream just below him!! 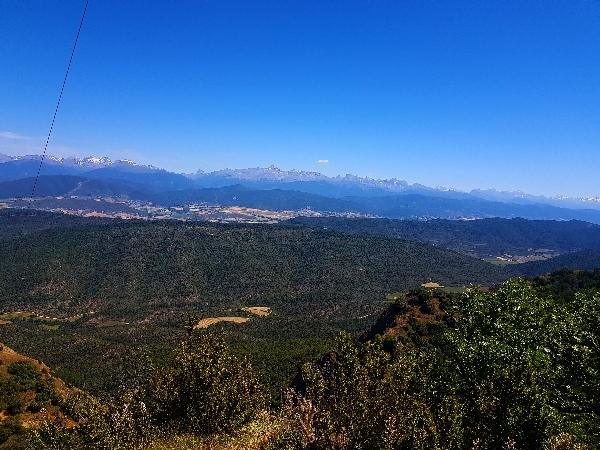 Looking out from the Mirador of San Juan de la Pena

The huge Monasterio at San Juan de la Peña was not as crowded as I expected, we parked in the woodland car park and began our walk to the ‘famous’mirador. We found the nest hole of the Black Woodpecker, it was this year’s nest site but after waiting for a while no sight nor sound came from the nest, we assumed the young had fledged.

Our walk to the Mirador produced sightings of few common species and a couple of new butterflies for our list including; Black-veined White and Duke of Burgundy Fritillary. We searched the woodland for Black Woodpecker without a single sighting, so after eating our picnic lunch and a quick cup of coffee we left the area.

From the mirador we had had unbroken views of the mountains and we saw that they were cloud free, so we made the decision to drive to the top of the Hecho Valley for our afternoon birding. It was a great decision as everyone really the afternoon and especially the stunning scenery in the mountains. 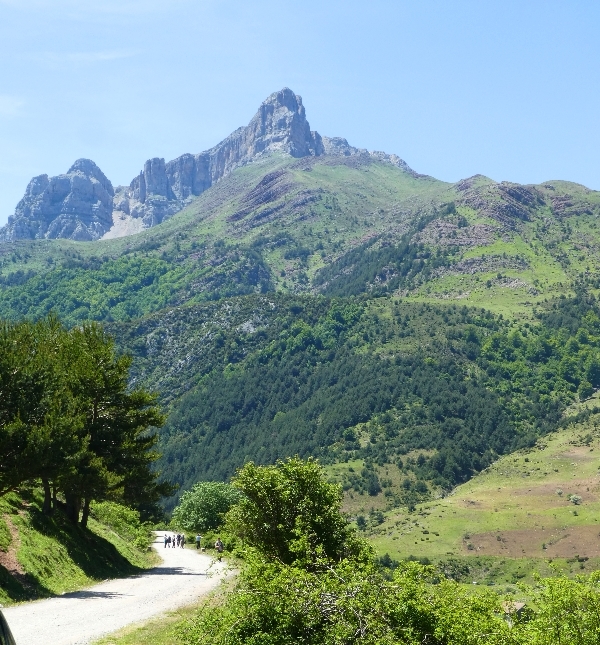 Looking down from the head of the Hecho Valley, you can just make out my group on the track

It was just exhilarating, glorious sunshine, unbelievable scenery and a wealth of wildlife all around us. We saw lots of bird species also: Alpine Marmot, Chamois, a Pyrenean Frog, lots of Orchids and plenty of butterflies including the Camberwell Beauty. 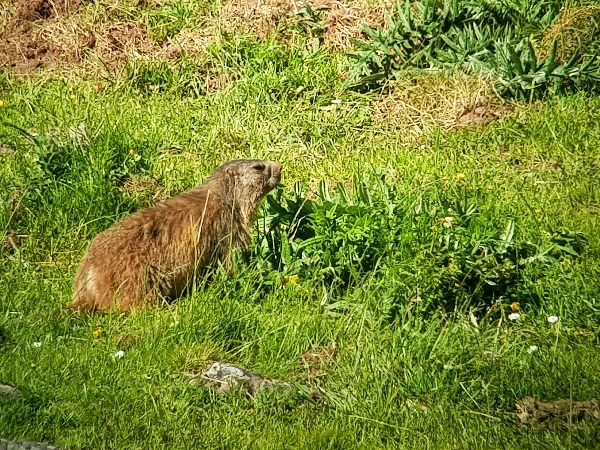 Our best sightings of birds included those of Egyptian Vultures, they were feeding in the meadows below the main track, the photographers amongst us were in heaven. We also had three sightings of Lammergeier, they were all fairly distant but we could see that one was a juvenile bird and the other two were adults. Lots of Griffon Vultures drifted over the mountain peaks, the occasional Short-toed Eagle joined them but there were long periods with nothing in the sky at all. 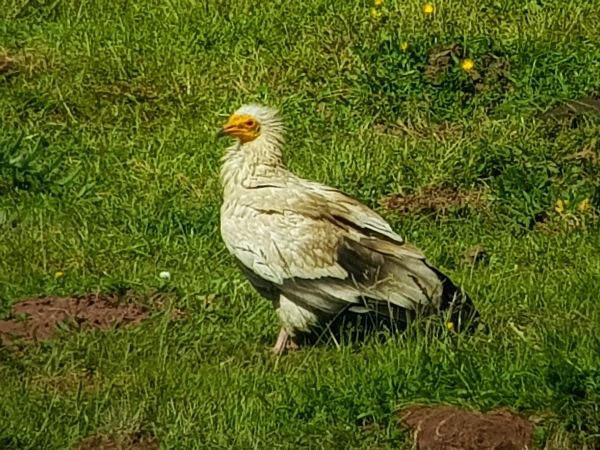 In the scrub we watched Yellowhammers, Dunnocks, Red-backed Shrikes, Linnets, Serins and one of the group reported the sighting of two Citril Finches. Our butterfly list was enhanced with the sightings of Gavernie Ringlet, Camberwell Beauty, Clouded Apollo, Large Wall and several species of ‘blues’ and ‘skippers’ yet to be identified. 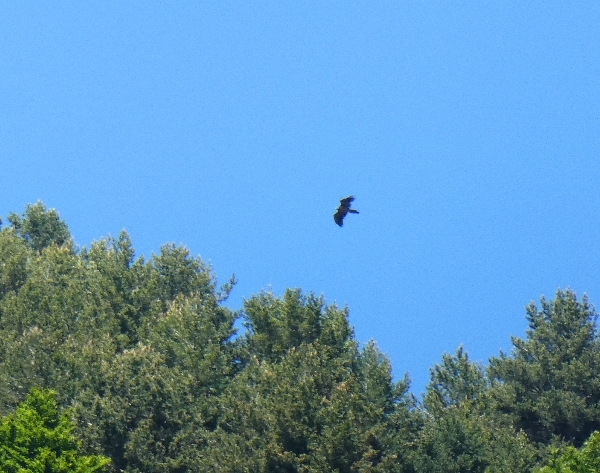 We spent the whole afternoon surrounded by what is arguably the best scenery in Europe, it was hard to drag the group away at 6pm. But we had to go, we had arranged an early dinner because we were due to go out again after dinner to look for an Eagle Owl. 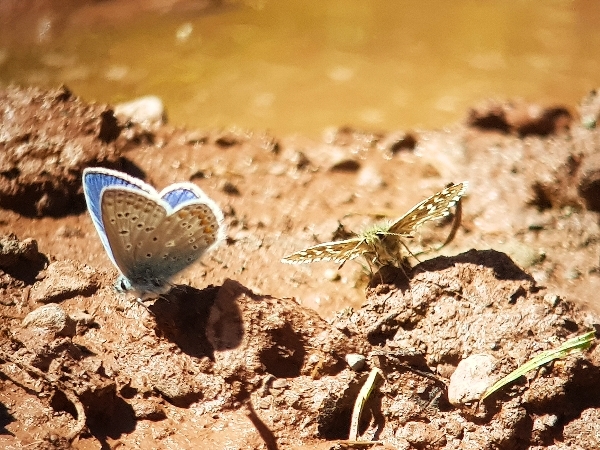 Mazarine Blue with a Skipper

All went to plan, we arrived at the Eagle Owl site just before dusk, the evening weather was perfect, and the beautiful sunset was a befitting end to such a glorious day. We waited, and waited, and waited some more!  As it got darker, then the Owl called from across the valley, we all got excited, then three more calls, it had to show? But no, not a bean, we missed it. For a consolation prize a European Nightjar ‘churred’ and then flew around for a while, so we did see at least one bird of the night. We got back to the hotel at 11pm, time for bed, methinks.