WEATHER: low cloud, mist and rain all morning, brighter with thunderstorms in the afternoon. Temp 13 – 25C

Well our last day had arrived and what a wash-out! It was dull and overcast the clouds were almost down to street level and a fine rain drizzled down. We left the Picos as soon as we  could taking with us some happy memories of our short visit. Our chosen route was via the coast we hoped for clearer weather there but that was not the case, in fact, the cloudy, misty weather was a little worse, but the rain had stopped. We saw very little, a few Eurasian Curlews, two Whimbrels, Mute Swan, Grey Heron, Little Egret, Mallard, Gadwall, Great Black-Backed and Yellow-legged Gulls and not much else. 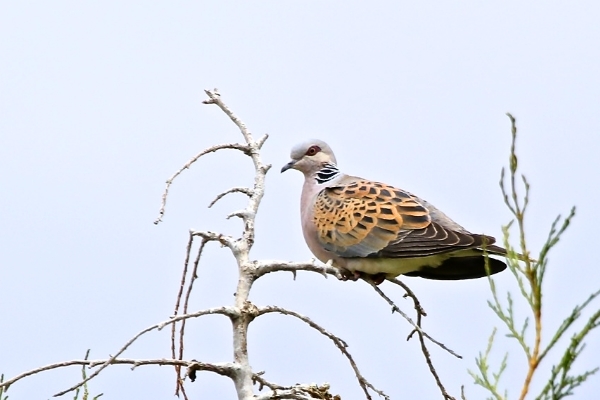 From the coast we drove non-stop all the way to Burgos, the weather got better and better as we progressed. A few species were noted along the way, the notable was at least three Montagu’s Harriers, but we also saw both Black and Red Kites, Common Buzzard, Black-eared Wheatear, Skylark, Crested Lark and Corn Buntings.

Our lunch stop was made at a roadside café on the main autovia towards Madrid and 45 minutes later we turned off the motorway and headed inland towards Sepúlveda where we spent about 3 hours stopping in various places looking for new species for our list. We saw Hoopoe and Bee-eaters during our journey into the countryside. 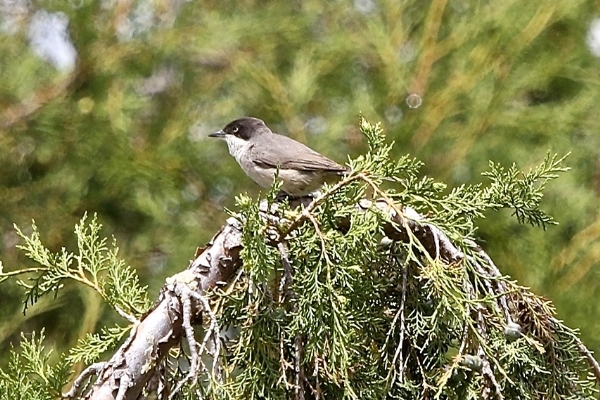 Our first stop was next to an old church where a track ran alongside a wooded area and led us to a stream, we saw lots of species there. Western Yellow Wagtails, (iberiae subspecies), Rock Sparrow, Common Nightingale, Melodious Warbler, Tawny Pipit, Iberian and Woodchat Shrikes, distant Turtle Doves and a probable Hobby hawked the sky in the distance. 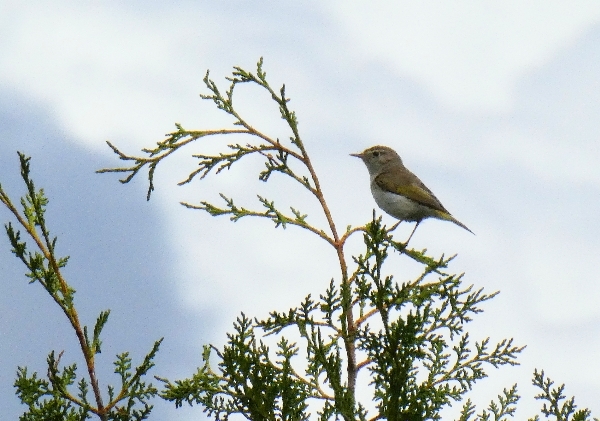 It was great birding, lots more species were recorded but it was all cut short by a thunderstorm, we got just the edge of the storm, so the rain wasn’t too bad, but bad enough to make us scramble back to the bus.

A short trip along country lanes soon got us back into brighter weather, in fact we spent two memorable hours in lovely broken sunshine and a nice temperature, a great way to finish off our birding holiday. 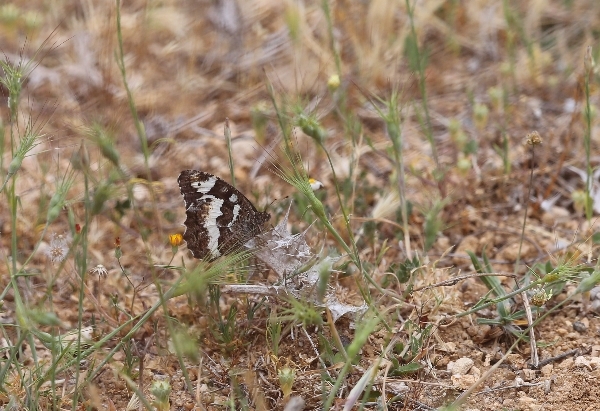 The main species on our wanted list was Iberian Magpie (formerly Azure-winged Magpie), before long we were surrounded by them as a flock passed through the wooded scrub right where we had parked, we even saw one pair visiting a nest. We went on to having close encounters with Western Orphean Warbler, Bonelli’s Warbler, our first Woodlark of the trip and more Rock Sparrows. Some of the group saw Eurasian Sparrowhawk, also a first for the trip and we had excellent views of a superb looking Turtle Dove. 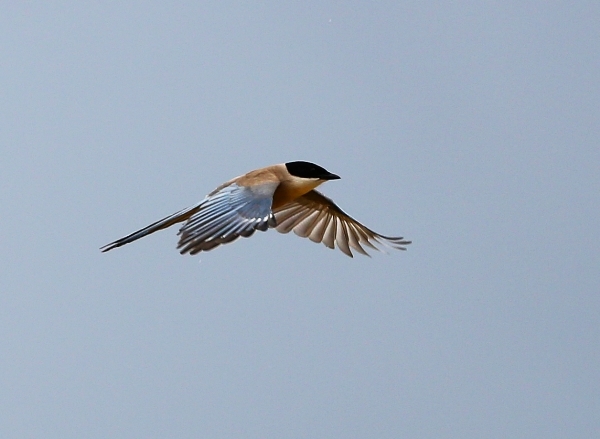 Butterflies were also on the wing we added Great Banded Grayling to our list, with Spanish Gatekeeper and Meadow Browns also flitting around us.

We left the area at 4:15pm and drove the last hour of the journey to the airport, one last species was added to the list when we saw a group of three Black Vultures on a grass bank on the side of the autovia. 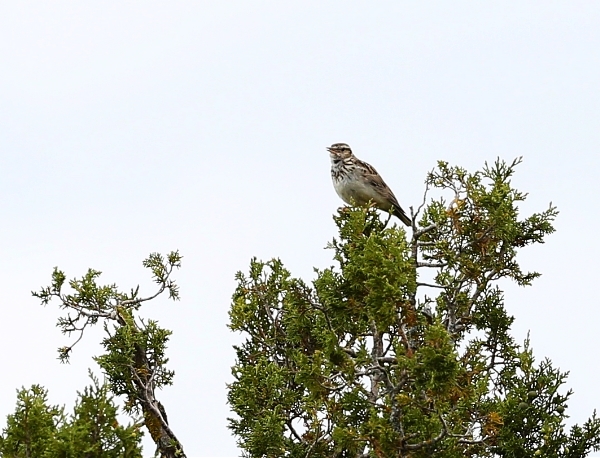 By 6pm the trip was over, two of the group, Richard and Ian were dropped off at their hotel, Kevin and Pat took a taxi to central Madrid for an extra two nights, Tony and Christine left to catch a train also to a hotel in central Madrid. That left Guy, Susan, Nigel and myself to catch an Easjet flight. Of course it was delayed and much worse there wasn’t a seat on the plane for me!! I had to check-in and then wait until the end of boarding to see whether or not anyone had not turned up! Luckily that was the case. This was a result of Easjet’s overbooking policy, lesson learnt, I will not be checking in at the last minute in the future!