Today were joined by Tony Grady a birder from Scotland who had joined me last year for the Costa Rica Tour, Tony will be with us for a couple of days.

Our second visit to the raptor watch point at Algorrobo proved far more successful than our first visit despite low cloud covering most of the area. We arrived at 8:30 having driven from our hotel straight after breakfast. It was cloudy and misty but there were birds in the sky as we arrived. 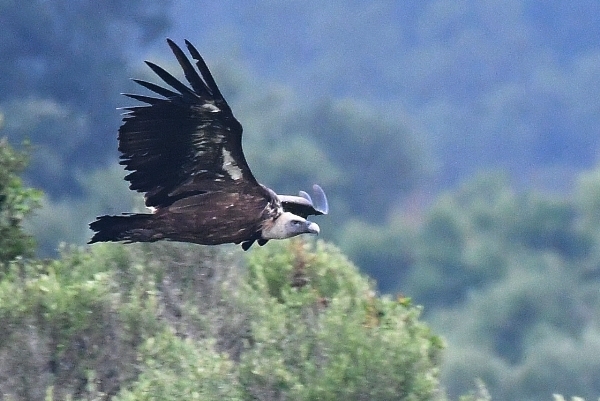 A candidate for a Ruppell's? Taken by Richard at Algorobbo

We spent 3 hours standing or sitting enjoying a fantastic array of species and all in good numbers, we must have seen over 1,000 Honey Buzzards, 1500 Black Kites, hundreds of Booted Eagles and over 200 Bee-eaters. We also counted dozens of Griffon Vultures, 8 Short-toed Eagles, 15 Eurasian Sparrowhawks, 9 Egyptian Vultures, two Lesser Kestrels, 2 Montagu’s Harriers and a single Bonelli’s Eagles. Phew!! What a morning, birds were still going over as we left at 11:300am.

The view of La Pena from our picnic site

We drove into Tarifa and bought lunch supplies before driving down the hill past our hotel and onto the area below La Peña where another raptor watch point has a seated area and shelter. We were joined for lunch by a mule which persistently tried to eat our lunch. 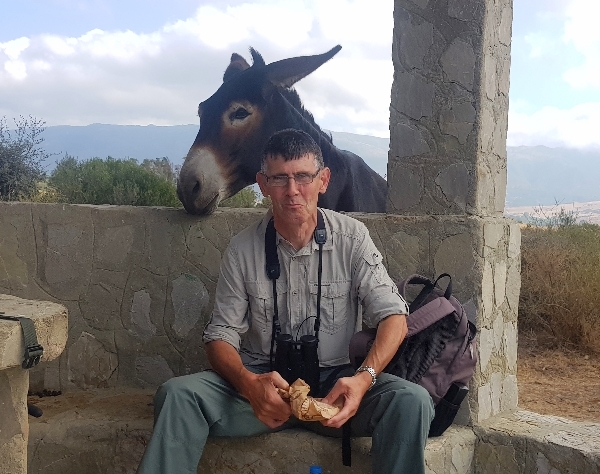 Nick with a mule on his shoulder at lunch.

All the time we were there raptors came over the mountains drifting towards Tarifa and the mule pestered us for food. After lunch we went for a short walk in the scrub around the watch point. We quickly found Crested Lark, Black-eared Wheatear, a Monarch Butterfly and on the way back a family party of Thekla Larks. 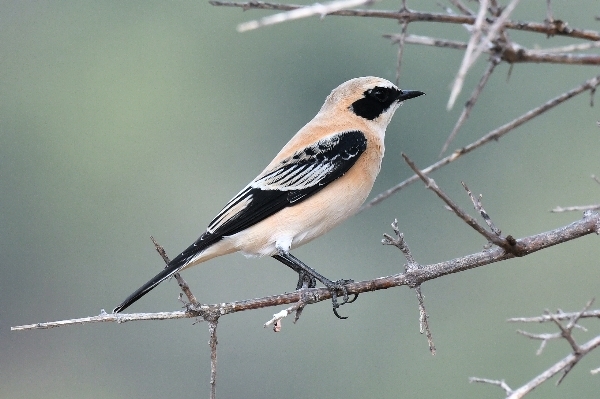 great shot of the Black-eared Wheatear by Richard Pettett 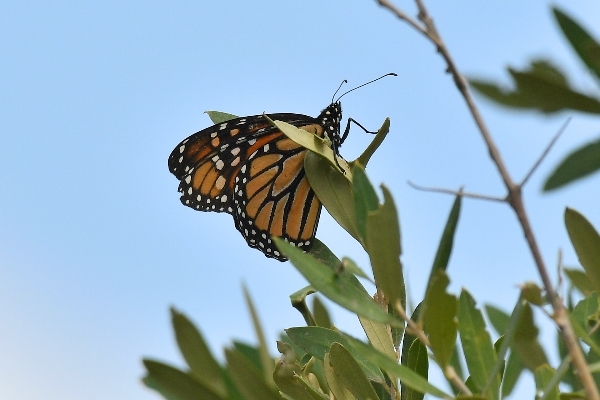 The rest of the afternoon was spent along the coast near Barbate, we first visited the large open pools just east of the town. It was quite windy and still very warm but we enjoyed some good birding there. A large flock of Greater Flamingos fed in the open water and a thousand gulls roosted all over the banks and on the islands. We saw several wader species as well as Eurasian Spoonbill, a pair of Stone Curlew and a couple of Cormorants.

Barbate estuary showing thousands of gulls on the mud-flats

One exciting find was that of a Spanish Imperial Eagle, we picked it up very high-up over the reserve, it circled until it disappeared from sight, we all managed to see it, amazing, our fourth Eagle of the day! 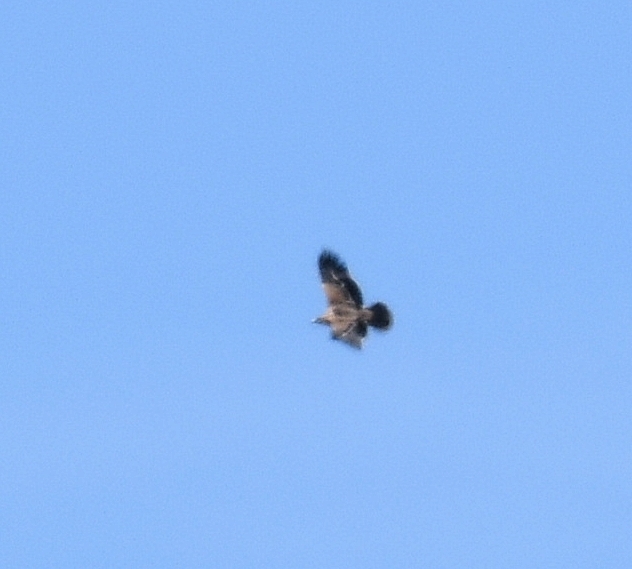 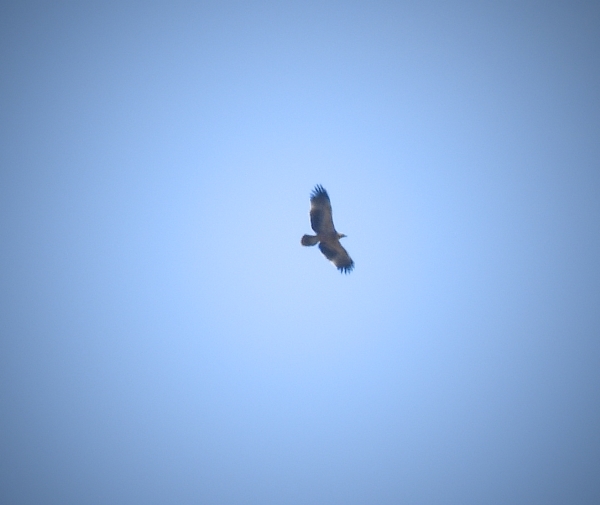 On the edge of Barbate Town we parked near the bridge over the Rio Barbate and scasnned a huge expanse of exposed mud during this low-tide period. It was covered with another thousand gulls and some waders. We saw Redshank, Greenshank, Grey Plover, Whimbrel, Greater Ringed Plover, Avocet, Ruddy Turnstone, Dunlin and a good variety of gulls. Mediterranean, Audouins, Black-headed, Yellow-legged and Lesser Black-backed Gulls went on the day list. Two species of Terns were out on the mud, Common and our most wanted Caspian Tern, just one individual. 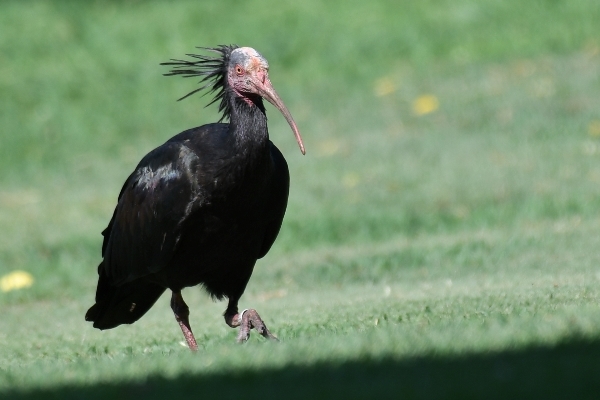 the ugly golfer - Bald Ibis on the Fairway at Montenmedio, another of Richard's pictures

After an ice-cream stop we made our way to the Golf Complex at Montenmedio a few kilometers east of Vejer de la Frontera. We were hoping for a sighting of the reintroduced Bald Ibis, for some reason they favour this golf course for their post-breeding and wintering home.

We found a small numbers of the Ibis near one of the fairways, they were keeping in the shade of some large oak trees. We also found Little Owl, Jackdaw and Cattle Egrets but our search for Iberian Green Woodpecker and Eagle Owl in the nearby quarry went unrewarded.

It was now 5:30pm so we decided to call it a day and headed back to the hotel which took 30 minutes, along the way we saw Glossy Ibis, White Stork and dozens of Cattle Egrets.

We ate paella for dinner, it was delicious and a glass of chilled red wine was also appreciated.