WEATHER: A cooler start with cloud cover for a few hours, then hot and sunny, much less wind for most of the day. Temp mid 20’s.

From the breakfast table we drove into the centre of Tarifa, first we confirmed our boat trip was actually happening and then we walked to the causeway between Tarifa town and the ‘military’ Island. We had 90 minutes to kill so we birded along the causeway noting several waders and good numbers of Cory’s Shearwaters and fewer of Mediterranean Shearwaters. 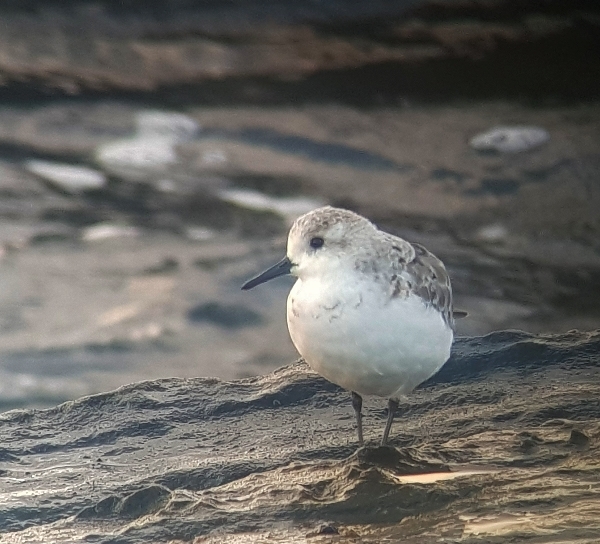 SANDERLING on the rocks, taken from on the causeway to Tarifa Island

We finally got onto the boat at 11:45 it had been delayed for well over an hour and it was packed, nevertheless, we enjoyed a lovely cruise with a number of good sightings. As usual there were long periods where nothing could be seen and then there were bouts of activity. We saw Flying Fish as we left the harbour and a few Cory’s Shearwaters, one or two came quite close. The odd Gannet flew past too but not much else. 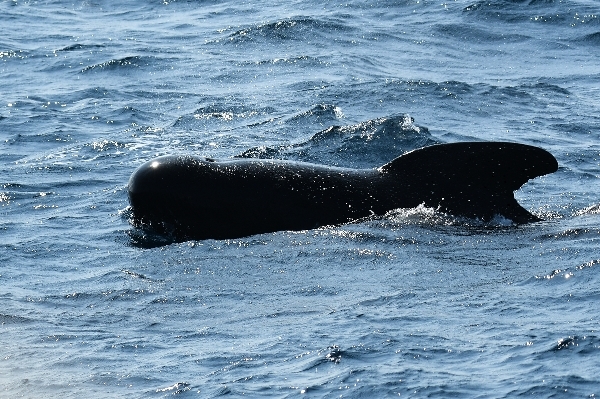 The best sightings we had were of Pilot Whales, we spent a good 30 minutes tracking a large pod that came extremely close to the side of the boat, a crowd pleaser indeed. A few Sun Fish came close to the boat too but no more bird sightings were made until we set off back to the harbour. Then we saw a flock of some 200 White Storks flying across the Strait and a pod of Bottle-nose Dolphins came and joined us giving some smashing views. More Flying Fish were seen on the way back into the harbour.

It was nearly 2pm when got off the boat, we then drove to the Supermarket to buy lunch which we ate sitting in the shade on a wall at the Mirador de Estrecho, found on the main road towards Algeciras. It was a good place to stop for lunch as many raptors were passing over, we counted over 100 Honey Buzzards, dozens of Black Kites and fewer Short-toed and Booted Eagles. We also noted 3 Eurasian Sparrowhawks and a couple of Common Kestrels. 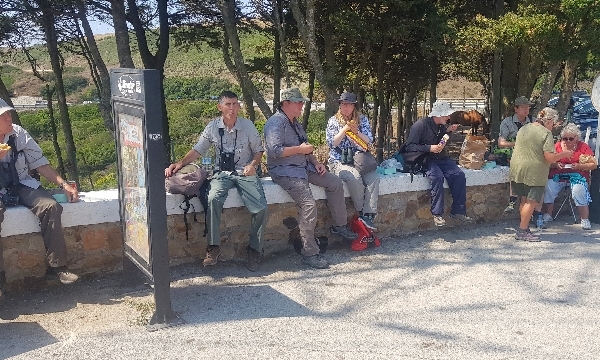 For what was left of the afternoon we drove down through Algeciras and visited the Salt Marsh at Palmones, it was very hot down there but luckily, we sat in the shade of the hide found in a parkland on the western side of the marsh. The sun was behind us too, so we enjoyed watching waders for an hour or so. Oystercatcher was a new bird for the list, we also noted Redshank, Greenshank, Greater Ringed Plover, Dunlin, Grey Plover and Whimbrel. We were hoping for an Osprey sighting but none turned up, we did see Common Buzzard and Booted Eagle.

In the bushes in front of the hide Christine found a Melodious Warbler and during a walk in the parkland we saw Pied and Spotted Flycatchers, Common Redstart, Hoopoe and Willow Warbler. 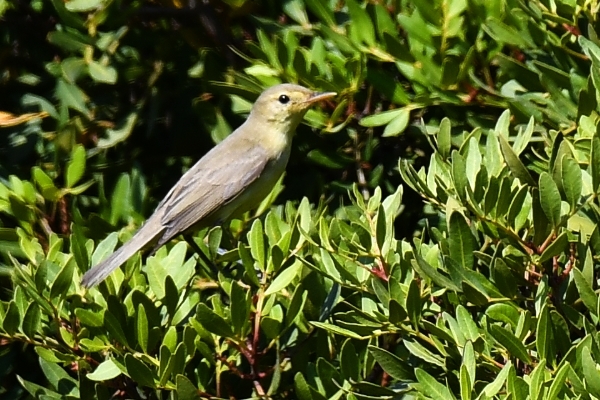 Melodious Warbler - found by Christine and taken by Richard

We arrived back at the hotel around 5:30pm and some of the group decided to go for walk into the pine woods near the hotel. They came back with more additions to the day-list, namely Bonelli’s Wabler and Short-toed Treecreeper, a Firecrest had been heard too. 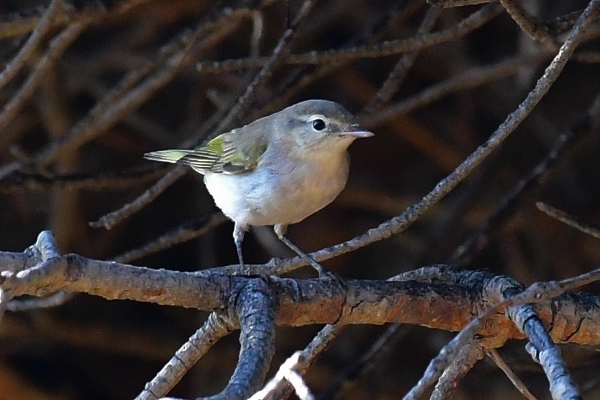 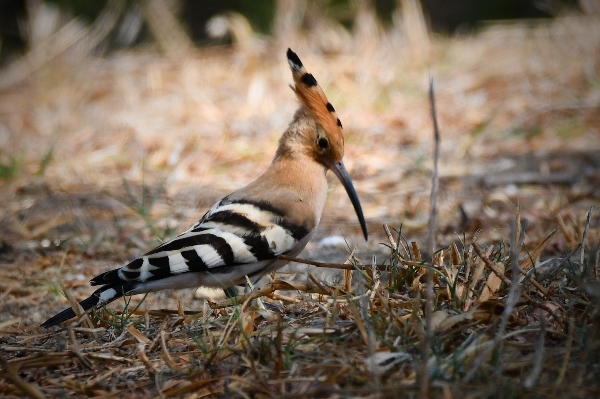 A tired group ate another lovely meal at 8pm and enjoyed a nice glass of rioja.