WEATHER: Overcast for most the day ans still quite windy, some sunshine later. Temp 20C

Our birding was a complete contrast today as we visited vastly different habitats in the mountains some 90km inland from Tarifa. We drove from Tarifa through Algeciras and then turned inland towards Ronda before taking a side track at the tiny village of Marchenilla.

The Marchenilla Track - this is not a photographic Tour - not much!

This track is one of my favourites and one that I visit many times a year, Today it was very quiet, I expect the wind kept most species down in the shelter of the scrub. We did find our first Iberian Shrike and then went on to see flocks of Corn Buntings, Common Whitethroat, Sardinian Warbler, Short-toed Eagle, Little Owl, Common Kestrel and not much else. We noticed two hunters in the fields with dead Red-legged Partridges around their wastes and we managed to save a couple of live ones by parking the bus in the line of fire. 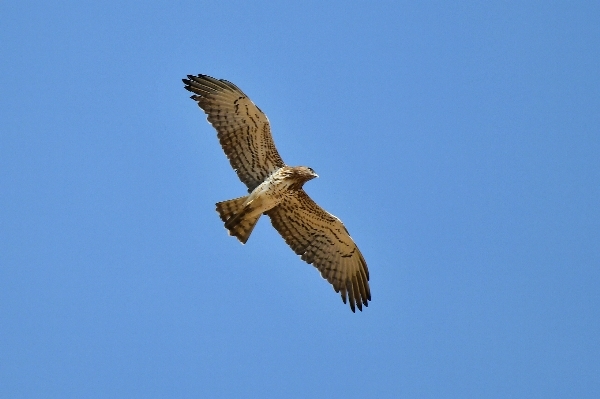 From the Marchenilla we drove through San Pablo and up to Gaucin where we turned onto a track that led into the Sweet Chestnut wood just a couple kilometers above the village. It was quite windy there and we never saw much. Eurasian Nuthatch was new for the trip and Firecrests showed well, we had fleeting views of Great Spotted Woodpecker and we saw Blue Tits and that was it.

Our drive further east towards Ronda was interrupted when we sighted a huge ‘kettle’ of Griffon Vultures, there were over 100 birds, they appeared to be landing just below a ridge which was out of our line of sight, perhaps a dead animal was lying there.

on the Encinas de Borrachas Track near Ronda

The windy conditions continued as we entered the track at Encinas de Borrachas which is about 10Km west of Ronda. We found Corn Buntings straight from the car and Black-eared Wheatears (two juvenile birds), lots of Stonechats and then Black Wheatears started to appear, we found 4 males altogether. Birds were few and far between from then on with very few sightings. We had brief views two or three times of a pair of Spectacled Warblers, a few Serins but not much else.

A few butterflies were on the wing, we found Hermit, Gatekeeper, Spanish Chalkhill Blue and a Skipper species yet to be identified. 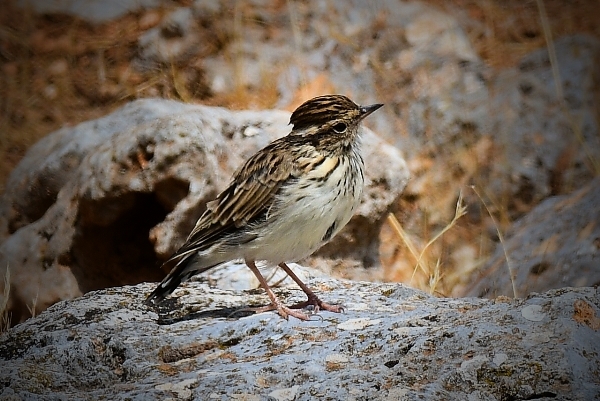 Further along the road wo stopped at a restaurant, we saw our only White Wagtail of the trip whilst we ate! It was 2pm by the time we finished so we had only 3 hours birding left, we spent all that time in the natural park at Sierra de las Nieves. We had a wonderful time there plenty to see in wonderful habitat.

From the car park at the entrance to the Park we walked amongst the picnic tables and the young trees planted there, we found Common Redstart, Iberian Shrike, a mixed flock of Woodlarks (9) and Thekla Larks (5), a flock of Bee-eaters flew over and a Short-toed Eagle held in the wind over a ridge. We stopped at a leaking water trough to see what birds may come down but only a Willow Warbler appeared in 15 minutes, we did see a Jay in the trees nearby. 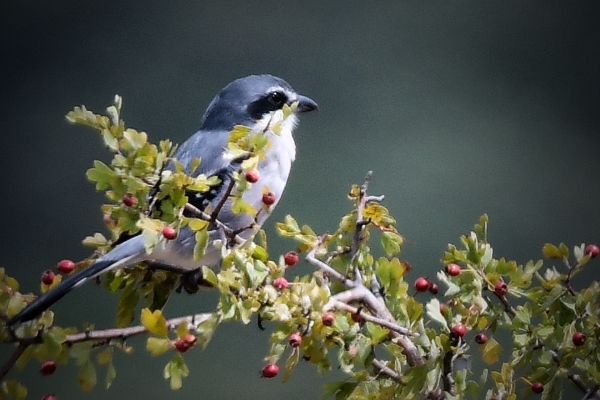 Richards effort of the Iberian Shrike

We drove deeper into the reserve and found, after driving through a narrow gorge, an open area with heath-like scrub and a wide flat-bottomed plateau. Crag Martins were zooming around us in the wind and a large flock of Red-billed Chough danced in the air just above a distant ridge. It was whilst watching the Chough that we found not one but three GOLDEN EAGLES. It looked a family party of two adults and one first year bird. Marvellous our fifth eagle of the tour, a fantastic achievement by the group. 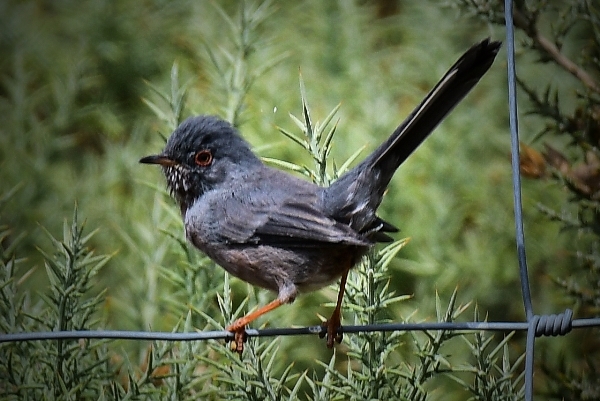 A pair of Dartford Warblers showed extremely well as they worked their way along a fence, we also saw Black Wheatears, Common Stonechats, a single Rock Bunting, Common Redstart and Goldfinches. A few raptors flew high over the area, we saw Honey Buzzard, Sparrowhawk, Short-toed Eagles and some Black Kites.

Finally we stopped near a ruined building looking for Black Redstart without success, we did find Grey Wagtail, Coal Tit and Tony photographed a beautiful Goldenring Dragonfly and a Cardinal Fritillary. 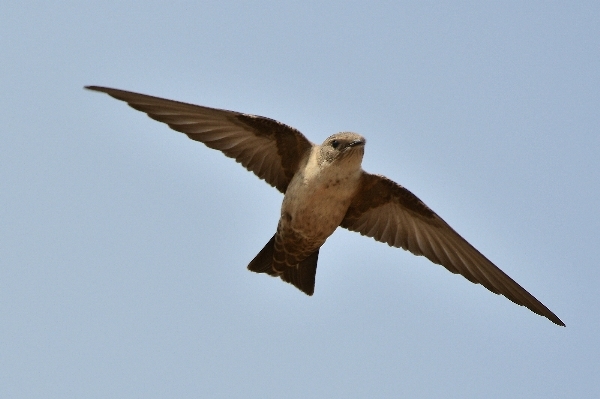 another great flight shot by Richard he really is good at taking these, this Crag Martin flew swiftly by

It was just after 5pm when we left and nearly 7pm when we arrived back at the hotel, we had gone a long way but we all agreed it was a fantastic day. Our dinner was a plate of Sole, the hotel gave us a bottle of bubbly to thank us for staying there, that went down well there was lots of laughter at the table