WEATHER: Dull and overcast for most of the day with some light rain showers, reduced wind. Temp 20C

Our final day had arrived, we still had some target species and we had the time in which to find them, so after breakfast we set off for the reserve on the beach at Playa los Lances. It was a little chilly first thing and the wind was still blowing somewhat but we were still able to keep our scopes steady enough to scan the fields behind the beach. We found flocks of Corn Buntings and not long after a flock of Calandra Larks came down to join them. We only had flight views of these magnificent larks because they disappeared from sight in the wheat stubble as soon as they landed, nevertheless they were clearly identifiable and were one of our target species. 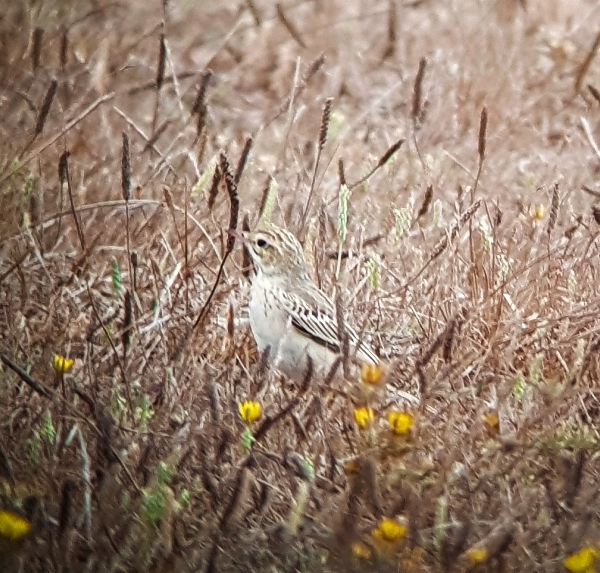 Tawny Pipit another of our target birds in the bag

Good numbers of Black Kites battled the wind above our hotel as we boarded the bus earlier and now we could see even more over the hills behind Tarifa as we walked to the board-walk behind the beach. We saw a Stone Curlew in flight, it landed in the scrub on the edge of the beach and a Yellow Wagtail flew over us. The beach was covered in gulls, a thousand or so sat on the shoreline we picked out Audouin’s amongst the Yellow-legged and Lesser Black-backed Gulls. 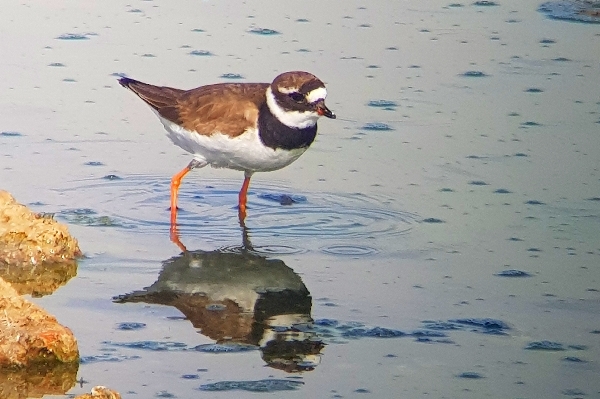 On the beach we saw Whimbrel, Sanderling, Dunlin, Kentish & Great Ringed Plovers but not much else and there were no terns in sight. We concentrated our efforts on the grass meadows behind the beach hoping for a sighting of Tawny Pipit which duly showed up, Tony found the first and a second quickly followed. We also noted Zitting Cisticola, Common Stonechat, Crested Lark and a couple of Whimbrel, they were all disturbed by three ‘hunters’ who were scouring the area with dogs hoping to catch Rabbits.

Next we drove into the centre of Tarifa and spent an hour walking through the narrow streets of the Old Town because a rare visitor had been seen there yesterday. The House Bunting looks similar to a Rock Bunting and is very common over in Morocco, this one had dropped in recently, the last time one came over to Spain was 2009. We never saw it, it was dull and dingy and it started to rain we left around 10am.

taken from the Promenade at Palmones looking down to the river mouth. Algeciras Bay and Gibraltar in the background

Next we stopped at Palmones Salt Marsh this was our second visit but this time we parked in the town and walked along the east side of the marsh along the promenade. It was high tide, a very high tide so no muddy banks were exposed. We saw a few gulls, mainly Black-headed but singles of Slender-billed and Mediterranean were also there giving us a total of six species of gull this morning!

We did see Whimbrel, Redshank, Sandwich Tern and a very distant Osprey but not much else. We sat at a restaurant on the side of the Promenade and ate tostada with lovely coffee before setting off. As we got back to the bus we noticed large numbers of Honey Buzzard very high up in the clound, a flock of White Storks on the marsh with Grey Herons. 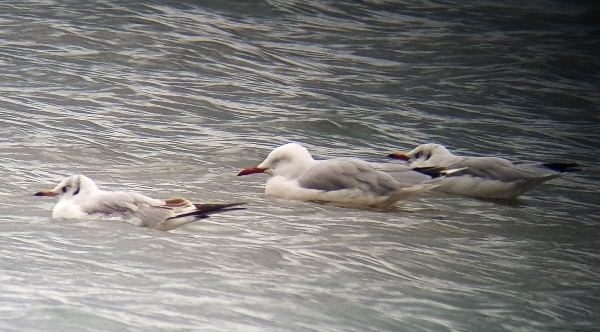 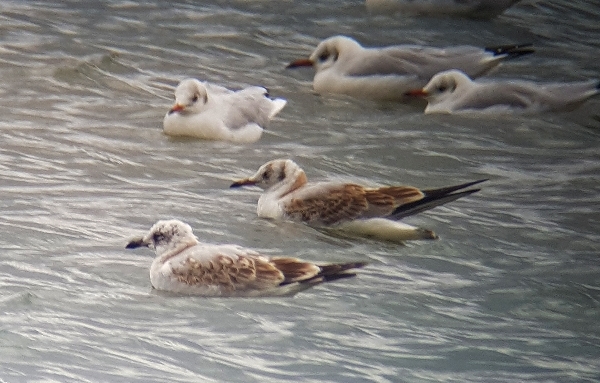 two moulting first year gulls, Mediterranean in the foreground and Black-headed behind it, a good shot for comparison purposes

It was now 1:30pm so we set off directly to Malaga arriving around 2:30pm, I dropped Linda and Richard at a hotel in Guadalmar, Tont, Christine and Nick at the airport and Les at the Ibis Hotel on the edge of Malaga. That left me with Barbara, we had time to kill before I took the bus back to the car hirer where I was to collect a small car so we went the estuary at Guadalhorce.

the view from the raised hide at Laguna Grande

I walked alone to the hide that overlooks the Laguna Grande, it was packed with birds but nothing was out there that we hadn’t already listed. An Osprey sat in a dead tree, four Northern Shoveler, a single Common Shelduck and a Black-necked Grebe sat on the water. Dozens of gulls, mainly Lesser Black-backed loafed on the small islands, I also note a few juvenile Audouin’s and more Black-headed Gulls. A nice of waders fed on the shores or sat asleep in the shallow water. I noted 10 species, also a flock of 7 Glossy Ibis dropped in, four Greater Flamingo’s fed at the back of the laguna and lots of Monk Parakeets milled about. 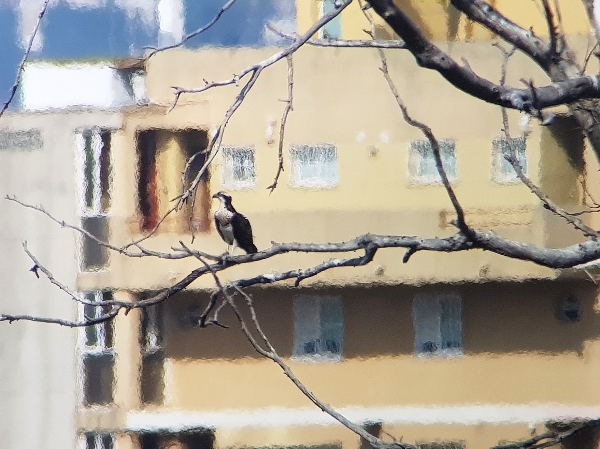 Osprey taken from the hide 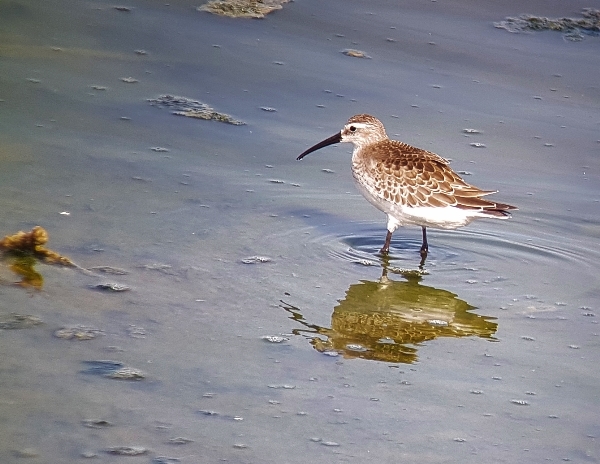 I left the area at 5:30pm, Barbara and I had something to eat before returning the bus and then collecting a small SUV to drive back to Gaucin. It was 8:30 when we got to my home, the trip was finally over we had seen 164 species and heard a couple more, a really good effort by the group. Bird of the trip remained undecided but Golden Eagle, Spanish Imperial Eagle, Red-necked Nightjar and White Stork (a sighting of 3000) all got a vote.