We started at 7:30am whilst it was still dark and also very misty, almost foggy. It was barely light as we walked round to the Laguna Madre de Marisma. On previous tours we have had excellent sightings of huge numbers of egrets, herons and ibis as they leave a roost site near the hotel and today was no different except that we couldn’t see most of them because of the fog! 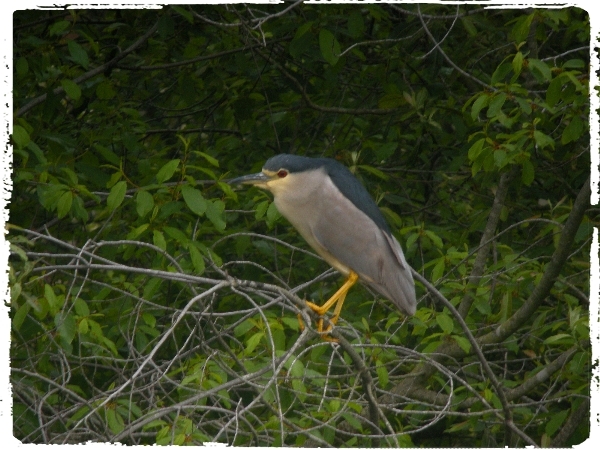 After a short while it got lighter and the mist cleared somewhat so we were able to see the large number of ibis leaving the roost, we found Common Snipe, Night Heron and Eurasian Spoonbill near the visitor’s centre and as we walked back to the hotel we stopped to watch Purple Swamphen, Reed Warbler, Sand Martins and many other water-birds.

La Rocina nature reserve was our first venue after breakfast it was a short drive from El Rocio, the reserve has many hides that overlook Arroyo Rocina which feeds the main laguna at El Rocio. Pine woods dominate the first section of the walk where we heard Tree Sparrows calling but we didn’t actually see one. From the first hide which overlooks the Arroyo (stream) we added Purple Heron and Little Grebe to our list whilst Common Nightingale and Cetti’s Warbler called without showing. 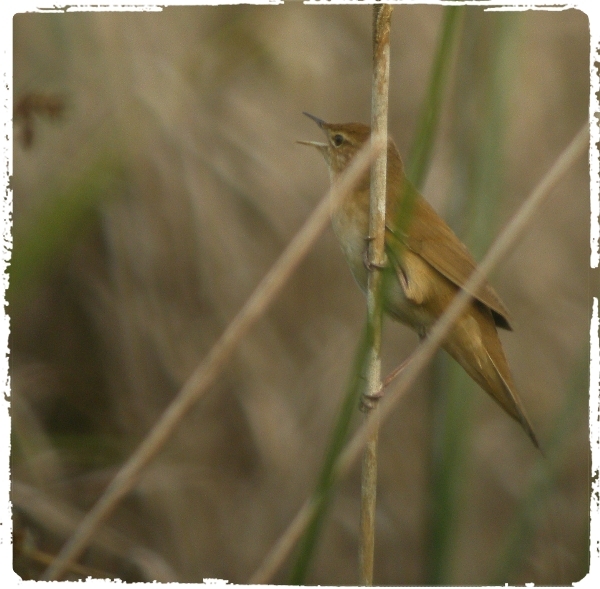 we eventually caught up with this Savi's Warbler

The red-beds are well known breeding sites for Savi’s Warbler and after searching several areas we eventually got great views of one, we also added Garden Warbler, Short-toed Treecreeper, Long-tailed Tit, Serin, Greenfinch, Wren and it was a little later before both Cetti’s Warbler and Common Nightingale became ticks on the list.

From La Rocina we drove across the heathland to the Palicio de Acebron, it was in fact a Royal Hunting Lodge built in 1964 but now it is a museum and visitor’s centre. A stop to search the heathland produced some interesting finds including a very showy Dartford Warbler, lots of European Bee-eaters and both Woodchat and Iberian Shrikes. 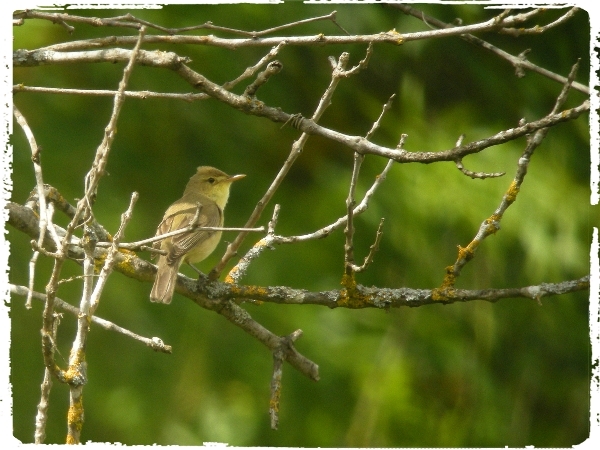 A unique piece of primary woodland lies in the grounds and it was there that we searched for Woodpeckers. Eventually we had fantastic sightings of Lesser Spotted Woodpecker as both adult birds were visiting a nest hole with nesting material. Wrynecks seemed to be everywhere too, we heard about 4 of them with sightings made of two. A Melodious Warbler was also a first for the trip and along with Garden Warbler, Blackcap, Short-toed Treecreeper made up the rest of our sightings. 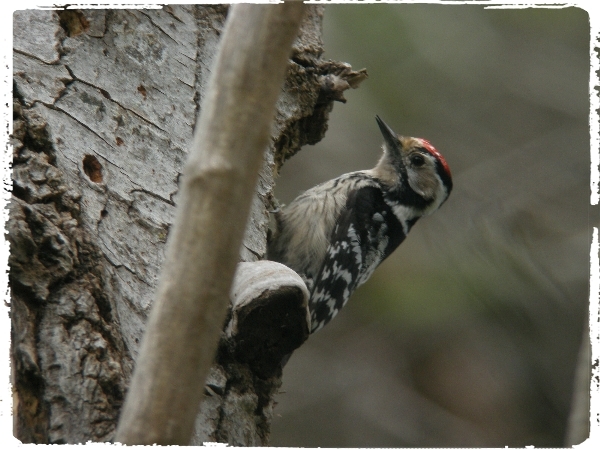 From there we drove to the Achebuche Visitor’s centre and went straight into the restaurant for a late lunch, it now 2pm. One good feature of the habitat around this centre is the number of Azire-winged Magpies, they are everywhere. On the down side there has been a lack of water at this site for several years, all the lagunas are dry. A row of White Popular trees are a major feature along the lagunas and they too look as though they are dying, leafless and lifeless, they usually hold a good selection of bird species including Golden Oriole, but they were silent now. 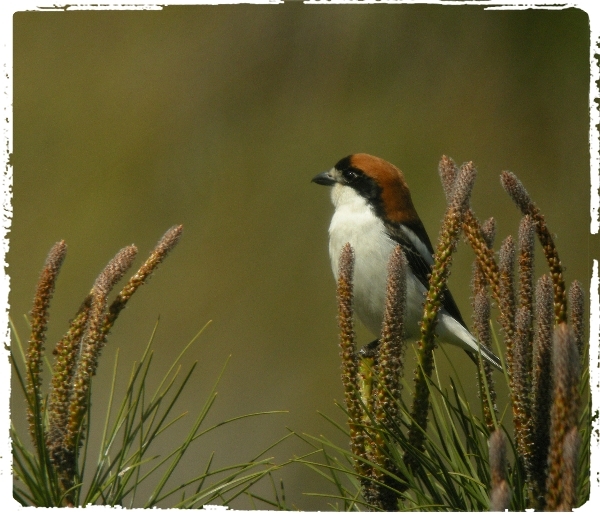 We did go for a walk into the pine woods, not much was about at this time of the day but we had great views of Crested Tit, Azure-winged Magpie, Woodchat Shrike, Dartford Warbler and lots of Great Tits. From one of the hides we sat and watched an area of dry scrub where we saw Common Stonechat, Corn Bunting, Woodchat Shrikes and a number of Black Kites.

Our last stop of the day was at the El Rocio laguna, it is always nice to visit during the late afternoon and view from the west side.  Today it was cloudy and quite windy so viewing conditions were not great, we added Great Crested Grebe and  Yellow Wagtail to our list and all the usual species including a large number of Eurasian Spoonbills. At the far side we noticed many Griffon Vultures dropping down behind the trees with Black Kites, there must have been something dead there. 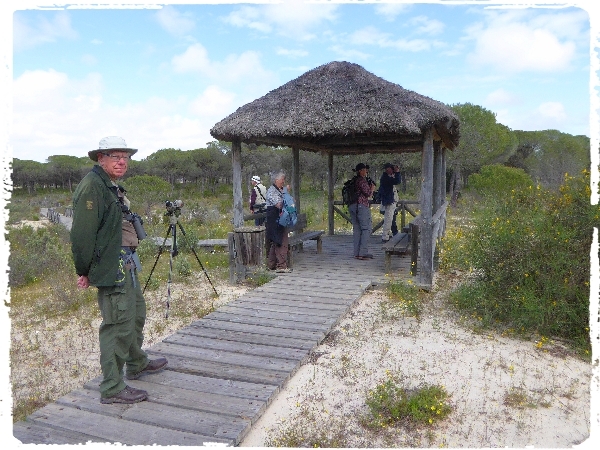 the group on the boardwalk at Acebuche

Lastly we viewed the Laguna from the town promenade because the huge flock of Common Coots were very close to the shore, we had hoped to get closer views of Red-knobbed Coot but by the time we got there they had drifted out. We were now facing into a strong wind and we were against the light, we see the ‘knobbed’ coot again but it was too distant to photograph.

That concluded our birding for the day, dinner was taken out on the terrace, it got a little chilly and it began to rain around 9pm as we went to bed.