JARAICEJO HEATHLAND – ‘THREE BRIDGES OVER THE RIVER ALMONTE – ARROYO CAMPO NATURE RESERVE ALMAREZ. Well it wasn’t raining today, hooray! The day started with an overcast sky but it did brighten up later.

We checked out of the hotel at 9am and set off for our last birding excursions, our first stop was the heathland at Jaraicejo some 20 minutes away. Once on the heath it took about 5 minutes to locate a singing Spectacled Warbler, our target species,  a lovely looking male posed well for us, nice one. We also watched Thekla Lark, Eurasian Hoopoe, Corn Bunting and a Black Vulture drifted over. 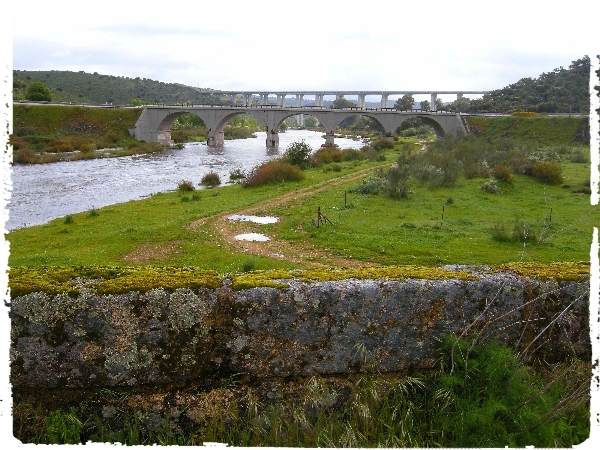 From the heathland we drove down the hill through the village of Jaraicejo to a very old bridge at the river Almonte. We looked for Rock Sparrow but failed to find one, we did see European Bee-eater, Spanish Sparrow, White Wagtail, Blackcap, Common Stonechat, Eurasian Linnet, European Goldfinch and  several other species. 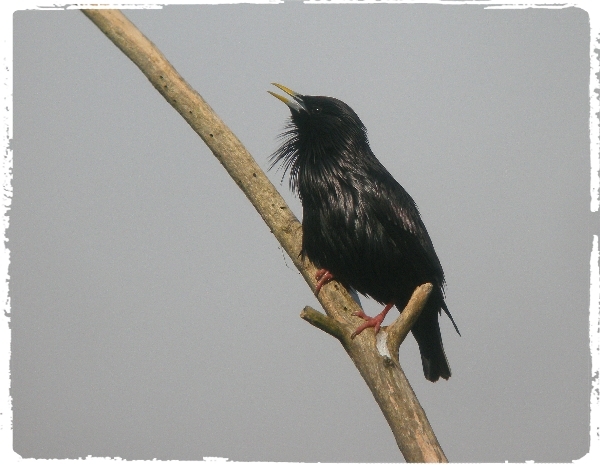 We then drove to our very last venue of the tour which was the ‘supply lake’ for the Nuclear Reactors at Almarez. This area has been designated a nature reserve in recent years and can be excellent for herons, egrets and waterfowl in general.

Today, like most other places it was a little flooded, water levels were very high so not much mud was exposed, this ruined our chances of seeing a ‘crake, a Bluethroat, Snipe or other waders. We found a male Little Bittern and later we had great views of two more. A ‘reeling’ Savi’s Warbler showed intermittently as did Reed Warbler, Great Reed Warbler and Cetti’s Warbler sat out nicely for us. We saw half a dozen Purple Herons, Little Egrets, Purple Swamphens, Cattle Egret and a flock of over 40 Eurasian Spoonbills circled above us. 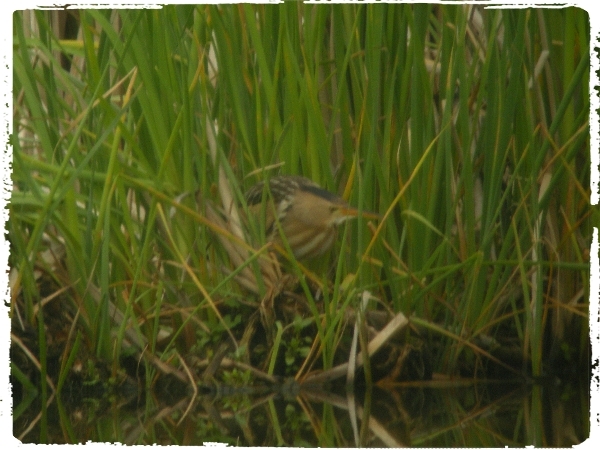 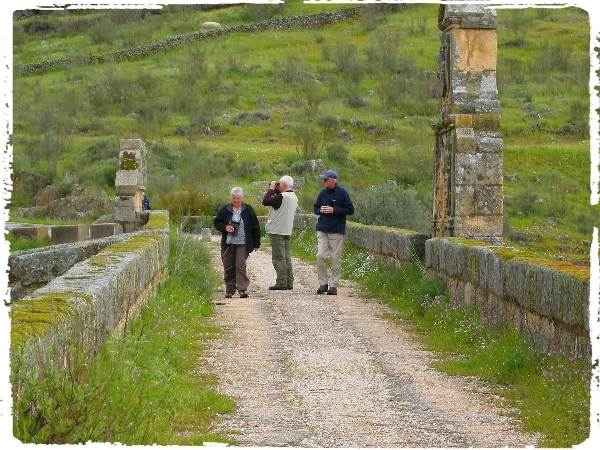 Liz, Mike and Brian on the Old Bridge at Jaraicejo

It was 2pm when we set off for Malaga driving down via Sevilla, which was a mistake as an accident on the main ring-road held us up for 40 minutes or so. We arrived at our hotel at 7:30pm after two more stops for coffee and refreshments, we did see Collared Pratincole along the way!

A nice tasty dinner was taken at the hotel and we completed our checklist for the last, the final count was:

184 plus 3 exotic breeding escapees and 3 more heard not seen.  This is a really good count especially good because of the inclement weather on 4 of the days! A great effort by the group!