LONDON TO COLOMBO - TRANSFER TO KITHULGALA

A cracking start to our wonderful tour of this beautiful country.  Seven of us met up at Heathrow for our midday flight on Saturday 6th arriving in Colombo at 04:35 on Sunday 7th where we met up with the remaining two participants on the tour.

Our guide Saman was there to meet us as we emerged from the security and baggage claim area, the whole airport experience went smoothly and very efficiently.

Once on our air-conditioned bus we set off for Kithulgala where we are stopping for two nights, it was just getting light as we drove away from the airport. Our first bird was House Crow, dozens of them filled the sky as they left their over-night roost.

Before very long Saman stopped the bus in the car park of an hotel and promptly showed us a roosting Collared Scops Owl, wow! What a stunner and brilliant bird to start the tour with! In the car park we also saw Asian Koel, White-bellied Drongo, Common Myna and Spotted Dove. 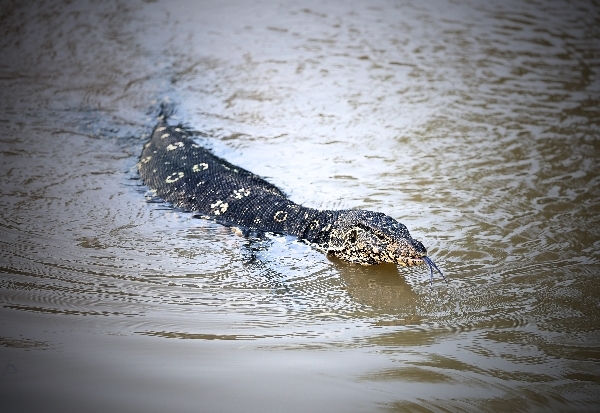 Water Monitor - the largest one I have ever seen! At least 3 meters long!

We finally reached our hotel at 9:30am and promptly sat down to a late breakfast, a Brahminy Kite drifted by whilst we ate and we saw Little Cormorant, Little Egret and Purple Sunbird.

After a very long break we met up at 1:30 for a birding excursion across the river, we took a small ferry across the river and for the next few hours we enjoyed some forest birding in fairly hot and humid weather. Two nice raptors started off our afternoon listing, first we saw Rufous-bellied Eagle and within minutes an Indian Black Eagle appeared. 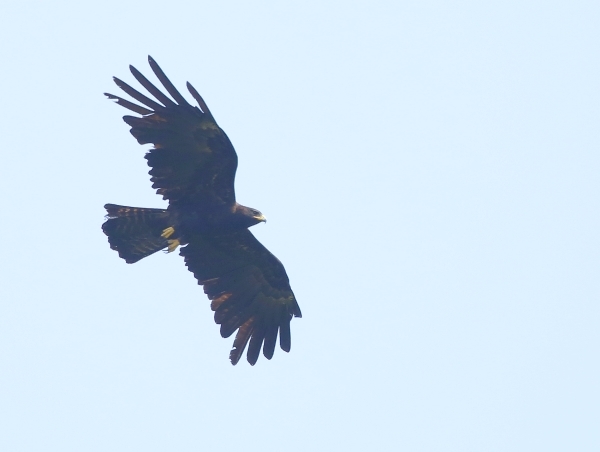 Bulbuls and Babblers, Sunbirds & Parrots keep us occupied for a good many hours but the highlight by far was the discovery of a roosting Serendib Scops Owl, our second Scops Owl of the day but one of far more importance. 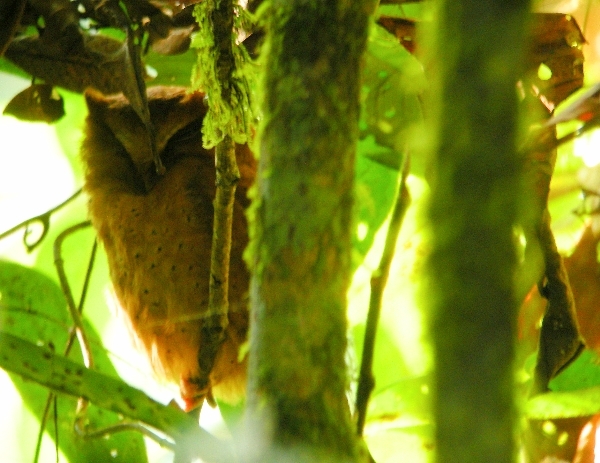 Butterflies and dragonflies, lizards and a couple of mammals help to keep the interest high, the impressive Birdwing butterfly and the Forest Green Lizard drew the most attention. 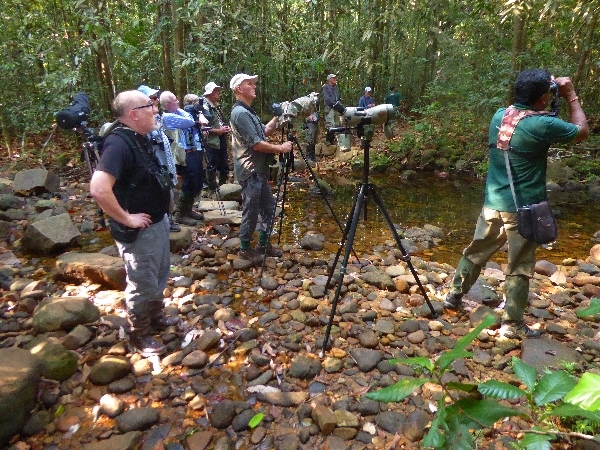 We were all very hot and tired and having missed a night’s sleep we were all feeling very fatigued so we decided to call it a day. We walked back to the ferry and the last bird new for the day list flew in and landed in the river near to us, it was an Asian Open-billed Stork. 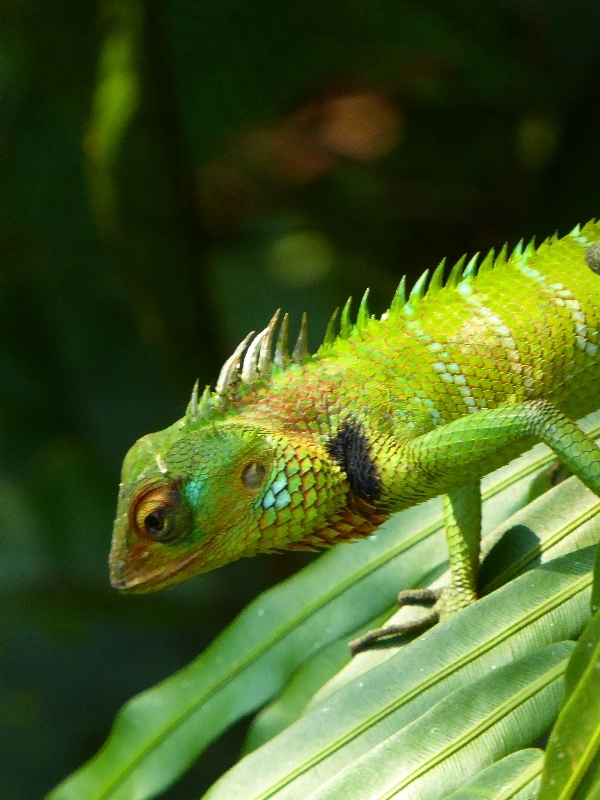 We recorded over 60 species on our first day including a few endemics, the Serendib Scops Owl was voted bird of the day.