ARRIVAL AT COLOMBO – TRANSFER TO KITHULGALA – BIRDING THE MAKANDAWA FOREST

Most of the group arrive at 8:30am having travelled through night from the UK, one of the group had arrive a day early from Israel, we had to collect him along the way to our first hotel.

It was 32C when we landed, hot and a little humid, we quickly met up with our guide, Saman and driver, Indu, we then walked to the waiting air-conditioned vehicle. We noted Cattle Egret, Oriental Magpie- Robin, Feral Pigeon, House Crow and Common Myna on the way to the car.

After 15 minutes driving we stopped at a hotel to collect Shahar, he was ready waiting for us. In the car park of the hotel we found a family party of four Collared Scops Owls all sitting along the same branch, it was a little too dark for photographs. We also noted Pale-billed Leafpecker, Purple-rumped and Long-billed Sunbirds and Spotted-necked Dove. 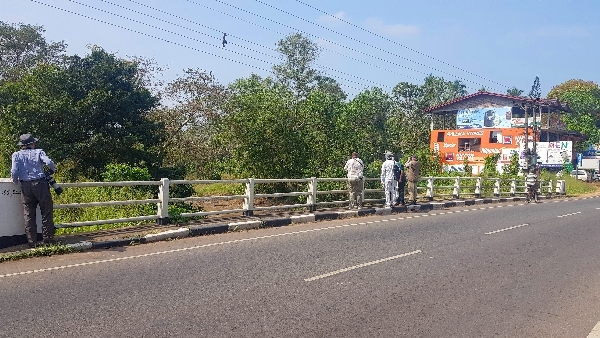 After an hour on the road we made our first official birding stop where a river runs under the road and we had views of open rice fields. Within 5 we listed a dozen or so of new species: Little Cormorant, Intermediate & Little Egrets, Red-wattled Lapwing, White-breasted Kingfisher, Indian Pond Heron, Little Swift, Barn Swallow and two raptors were circling of some distant trees, they were identified as Oriental Honey Buzzard and Changeable Hawk-Eagle. 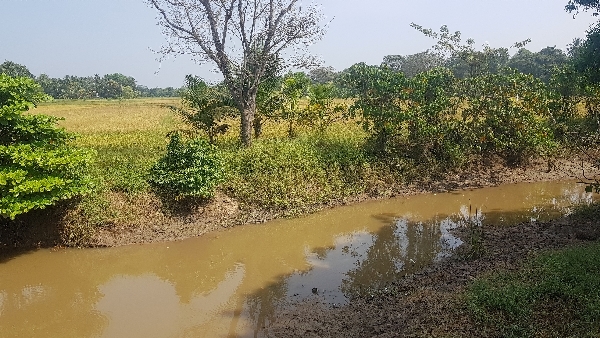 We jumped back into the bus for the rest of the journey and arrived at our hotel around 12 noon. Everyone was shattered after the overnight travel so we took a long siesta in th heat of the day and reconvened at 2:45pm. One or two of the group had been walking in the gardens of the hotel and come across Oriental White-eye, Alexandrine Parakeet, Red-vented Bulbul, Yellow-billed Babbler and a nice selection of butterflies. 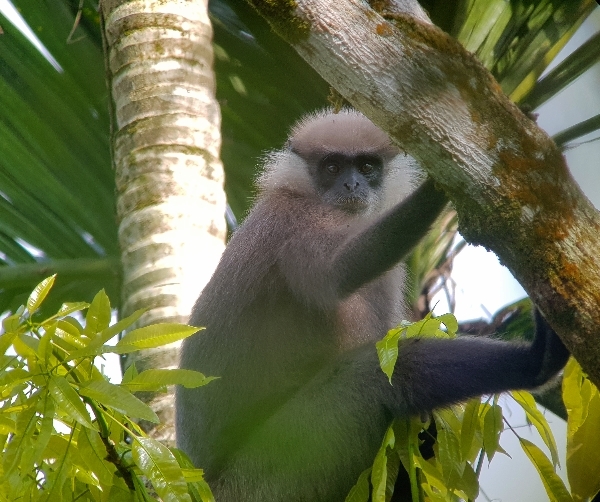 One of our first mammal sightings: Purple-faced Leaf Monkey

For the rest of the afternoon we went for a walk in the Malandawa Forest which is found across the river from the hotel. We took a small ferry across the river and began a long walk along a track. The whole afternoon was bird filled, it was amazing. We walked through small tea plantations, past a small village before climbing up the track into the forest. 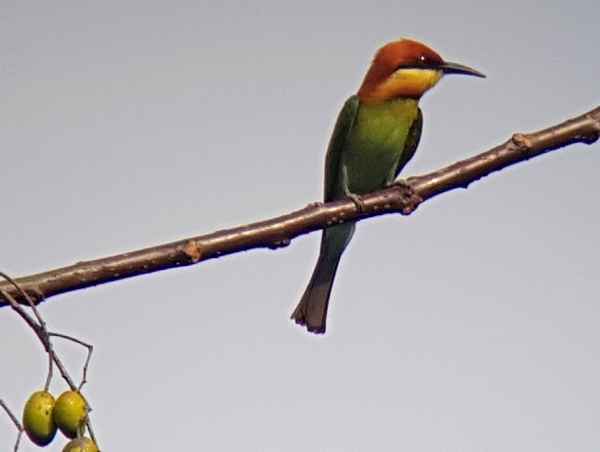 A new bird was seen every few minutes, the birding was excellent, I’ll list a few here: we had ‘in the scope’ views of the Alexandrine Parakeet, we also watched Orange-billed Babblers (our first endemic species), Stork-billed Kingfisher, Black-hooded Oriole, Yellow-fronted Barbet and many more. 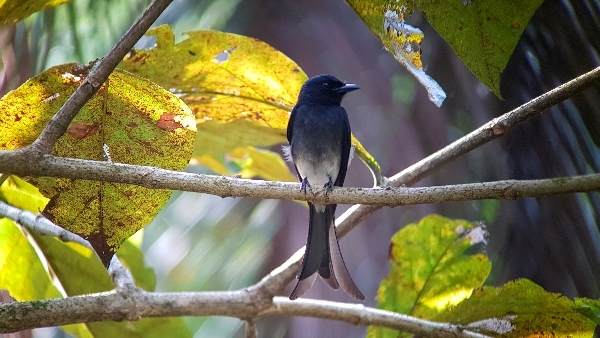 As we progressed onwards and upwards a couple of the group stopped, it was a little too much for them in the heat and later another two dropped off. The remainder of the group walked another kilometer or so and found the prized species, the much sought-after, Serendib Owl, that was well worth the effort. Also see along the forest track was the endemic Greater Flame-backed Woodpecker, Tickell’s Blue Flycatcher, Sri Lanka Grey Hornbill (endemic), Malabar Trogon (endemic), Sri Lanka Hanging Parrot (also endemic) and several other species. 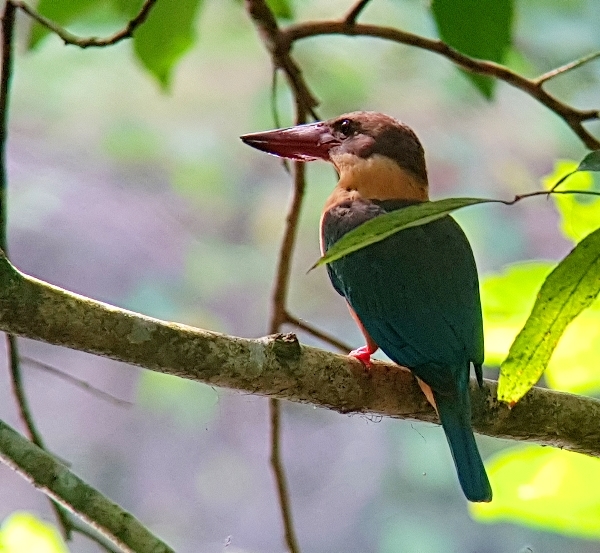 A second Stork-billed Kingfisher was seen as we crossed the river back to the hotel and a couple of the group  noted Needle-tailed Swifts over the river. 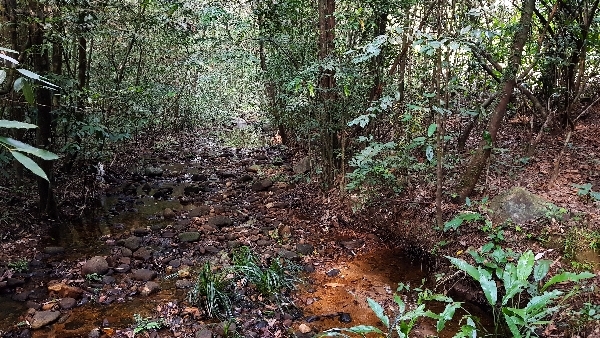 We called it a day at 5:30pm and a nice cold beer went down very well indeed. We called the bird-log at 7pm and dinner was served at 7:30pm, I think everyone was in bed and fast asleep by 9!!!