This was our big ‘Forest-Day’, Sinharaja National Park, not only well known for giving up most of Sri Lanka’s endemic species of birds but also as a place where general flora and fauna is so diverse, it is one of the top 25 Biodiversity Hotspots on the planet.

We had an early breakfast, loaded up the bus with our luggage (in preparation for our hotel transfer later on) and then we climbed into our jeeps for the journey to the National Park.  The steep side hills were shrouded in mist and an orange sun was just breaking through the misty veil as we climbed the steep track to the park. 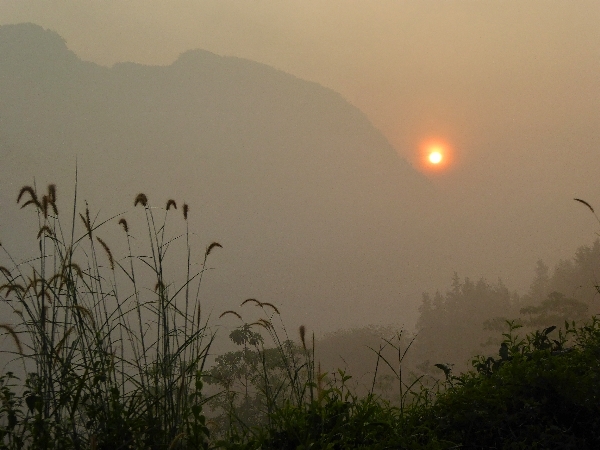 We made one unscheduled stop on the way up to watch a Blue Magpie which was sitting on its nest, even though we were quiet the bird flew off the nest and came over much nearer to us. We thought this odd until the bird dropped into a garden and visited a feeding station! The bird wasn’t bothered by us at all. 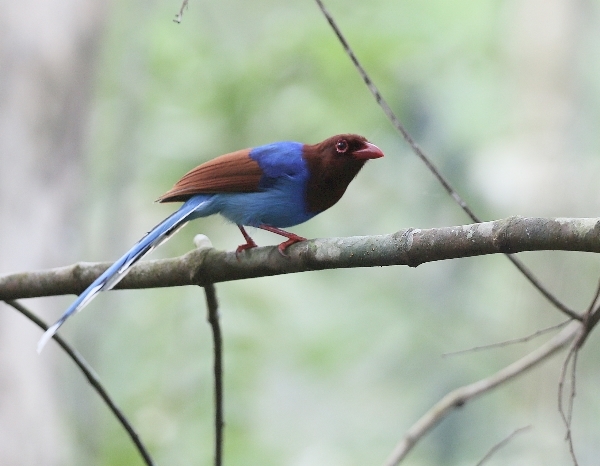 Another great shot taken in poor light by Kevin Jones

Our first official stop was at the visitor’s centre where we had a good view of the surrounding hillsides it was ideal for scoping and a great place to look for the White-faced Starling, which after a short wait obliged us, how considerate of them.

First, we saw 2 birds in a very distant tree then 3 others flew into a tree much nearer to us. We observed some interesting behaviour when two of the birds began picking up ants and tucking them under their wings, it was assumed that the birds were using the ant’s formic acid to clear themselves of any parasites. A single bird was then found almost directly above us, hence the picture. 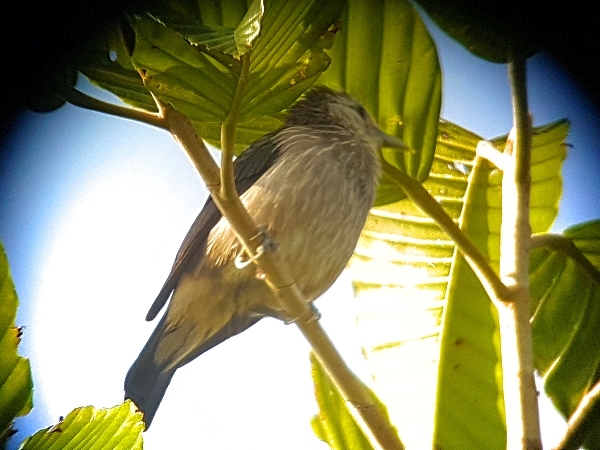 Before reaching the park we made one more stop near a Lodge where we searched for the Black-faced Munia which was still missing from our list. We had unsatisfactory glimpses of two birds in flight, so we left unsuccessful.

At the park we finally got out of the jeeps for a good walk, the main track from the entrance is flat and easy to walk. We had a great time walking along and finding birds every few meters, it was great birding. A local warden came with us and helped Saman to find certain species. First a Malabar Trogon was located from its call, we all saw it well a bright flash of red in the green foliage. 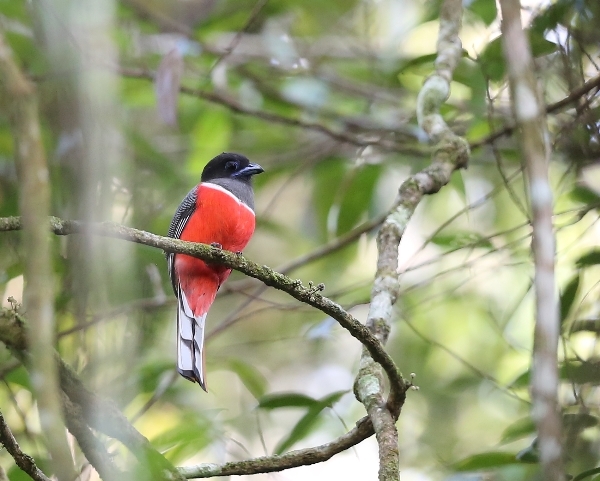 One of the easier birds to photograph, they just sit in full view  - Malabar Trogon - by Kevin Jones

A small group of Brown-capped Babblers was a lovely find they are such lovely little gems, then the park warden showed us our second pair of Sri Lanka Frogmouths sitting very close to one another low down below the track. 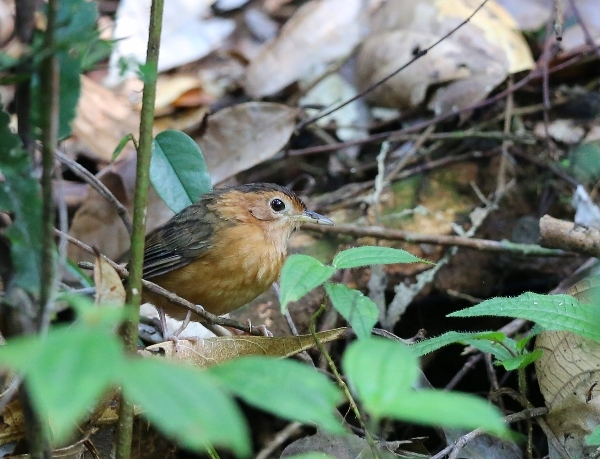 It wasn’t too long before we found our main target bird, the Red-faced Malkoha, a small party of them were high up in the canopy, they were constantly on the move and not easy to keep track of, occasionally they would show well and everyone got to see them. This was our final endemic species, number 33, we had achieved our goal.

On the way back we found Bar-winged Flycatcher-shrike and Black-naped Monarch, but as usual this bird was very energetic and not everyone had good views of it. We also stopped at the site where Black-throated Munia frequents and this time we had in the scope views at last. 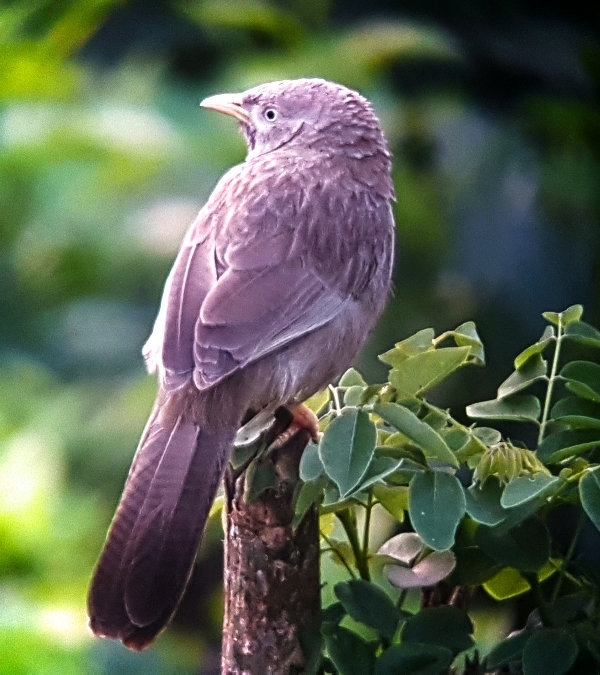 Our bus was waiting for us at the main ticket office, we said goodbye to our jeep drivers and boarded the bus to make the short journey to our next hotel some 20km along the valley. This was a stop-gap hotel to break our journey back to the south coast where we are spending our last two nights of the tour.

We arrived just in time for lunch followed by a long siesta, it was 4pm when the group assembled for an afternoon walk. It was still hot and humid when we set out so the pace was very slow. We took a circular route on foot, up hill and down dale, it was tough in places.

Our main target bird was the Oriental Dwarf Kingfisher which we searched for along a river but it never showed. We did see White-throated Kingfisher, several Sri lanka Hill Mynas, lots of Crested Treeswifts, Sri Lanka Swallows, Brown Shrike, Green & Blue-tailed Bee-eaters and lots more.

It was just getting dark when we returned to the hotel, dinner was taken at 7:30pm. The bird-log was looking a little bit bereft of species but it contained a lot of quality. We have now seen 237 species including all the endemics! What we have left is the ‘Whale-Watching’ extension to the tour so not much birding will be done, except out at sea and a short visit to a marshland site tomorrow.