This pelagic would round off our tour as we do not plan to go birding afterwards today and there will be no time tomorrow, so this is it!

Another early start, we met at 5:15 am in the foyer where we collected our picnic breakfast before boarding the bus for the 30-minute ride to Marissa. 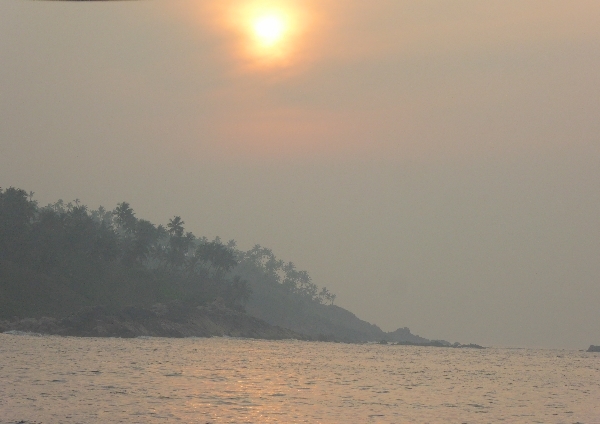 Sunrise as we left the harbour at Marissa

All went well at the reception area in Marissa we were giving tea and coffee before we boarded our boat with about 20 other people and about 20 other boats were making ready to depart. In the harbour we noted many terns, mainly Gull-billed and Whiskered, we even notched up another species for the list in the shape of a Striated Heron which flew in and perched on a jetty nearby.

The weather was just perfect, a calm sea, a hazy sky and no wind! We had only been sailing for 15 minutes when we saw our first BLUE WHALE! It was about 50 meters to our right and it blew twice before submerging never to be seen again. 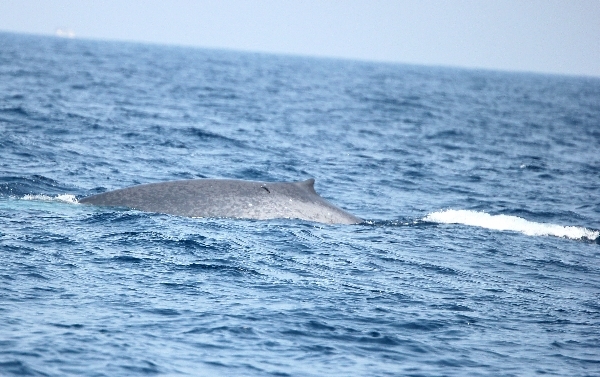 A pair of Green Turtles then grabbed our attention, they were mating on the surface of the water not far from where the whale was sighted, they were having a whale of a time!

From then on we had a series of distant sightings of ‘blows’ and a couple of good views of BLUE WHALES but it was a pod of  SPINNER DOLPHINS that entertained us for the next hour. They were terrific, about 50 all told and they performed their spinning jumps for our cameras, if you were quick enough. What a lovely experience. 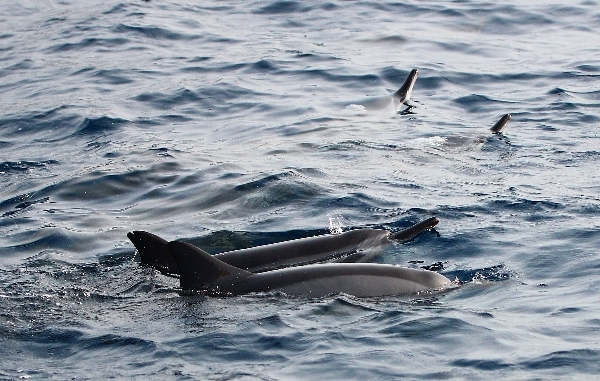 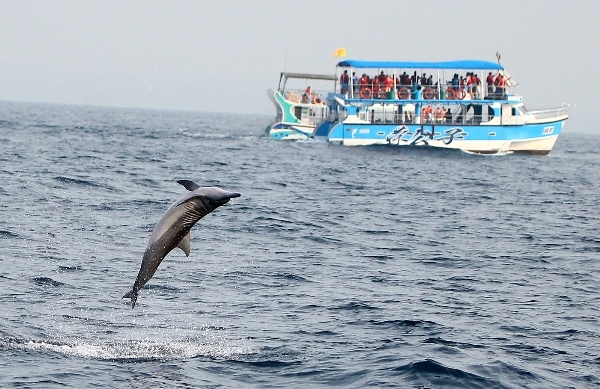 We also saw Flying Fish in small numbers and large Jelly Fish in big numbers but it was whales that we were after.

The sea and sky was devoid of birds so all we had to look for was whales and over the next 2-3 hours we caught up with another 4-5 animals, all were BLUE WHALES. A pattern of behaviour developed, we would see a ‘blow’ and approach it, the beast would surface a couple of times and then a final show before it dived. Blue Whales do not flip up their tails when diving you just see them arch a little higher before submerging.

Well, we were out there for 6 hours and everyone was completely satisfied, it had been a great trip, the nice weather helped tremendously.

Back at the hotel for a late lunch we all then relaxed for the rest of the day before meeting for dinner at 7pm.

The tour was over, we had seen all of our target birds and amassed a total of 240 species, 22 species of mammals and a host of butterflies which we are still working on.

Sri Lanka is a magical place to visit, the scenery is outstanding, the people are lovely and the wildlife is both diverse and plentiful.