Another early start for the group as we gathered in the restaurant at 5:30am for a quick tea/coffee before setting off to Horton Plains with our breakfast in a bag!

It took nearly an hour to get there but we did make a couple of stops along the way, the first was near a railway station, Pattipola, at 6,225 ft is the highest in Sri Lanka. Saman our guide jumped off the bus and quickly found our target bird, the Sri Lanka Wood Pigeon, another endemic in the bag. Next we stopped on a steep slope near the park entrance where in very misty conditions we found a number of species. 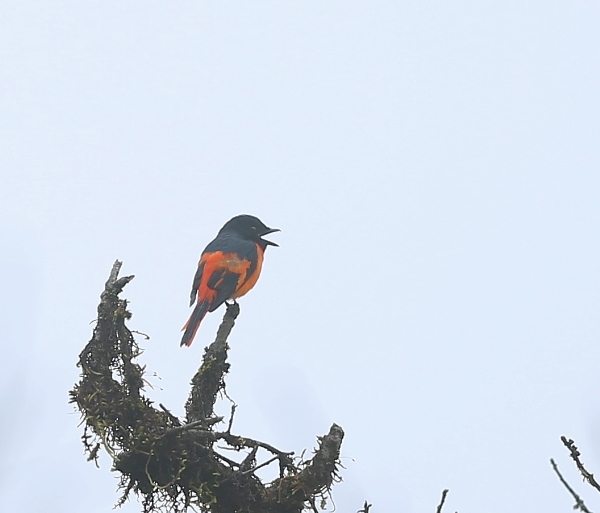 The fabulous looking Scimitar Babbler showed very well as a number of them noisily made their way through the thick scrub. We also saw Pale-billed Flowerpecker, Great Tit (looking very different from  Parus major at home, not a hint of yellow or green can be seen in the birds here), we also saw Yellow-eared Bulbul and we tried to track down a Dusky Warbler that would not show.

At the park entrance we visited the toilet block to look for Thrushes, finding Indian Blackbird and nothing else in very misty conditions. Our first stop in the park was near some roadside pools where a good number of birds flitted about.

A male Crimson Minivet was singing from a prominent perch, we caught up with the endemic Sri Lanka White-eye, several Yellow-eared Bulbuls appeared and a pair of Velvet-chested Nuthatches showed well. Next a Bush Warbler appeared just 2 meters from us and a Green Warbler fed in the bushes not far away. More Great Tits, Pale-billed Flowerpeckers appeared and Oriental White-eye joined the others on our list. 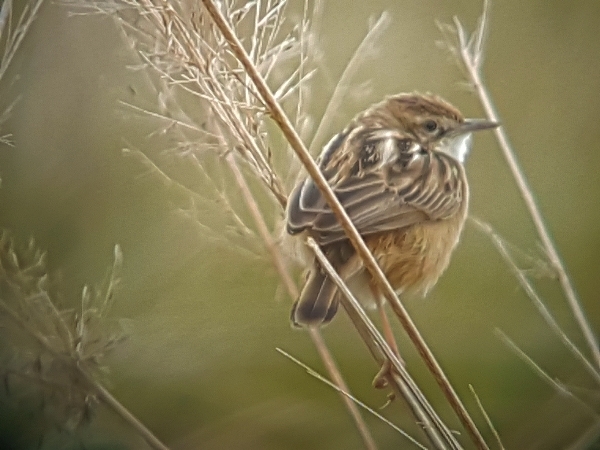 A Grey Wagtail was noted as we past a pool heading deeper into park. We stopped again and saw Scimitar Babbler and more of the same species as before. Out on the open plains we started seeing a different set of birds. Blyth’s Pipit was a good record whilst Pied Bushchat was very common. Our last stop produced good views of Himalayan Buzzard both in flight and perched, also Common Kestrel, lots of Barn & Hill Swallows and we finally caught up with Dull-Blue Flycatcher which is far more striking than its name suggests. 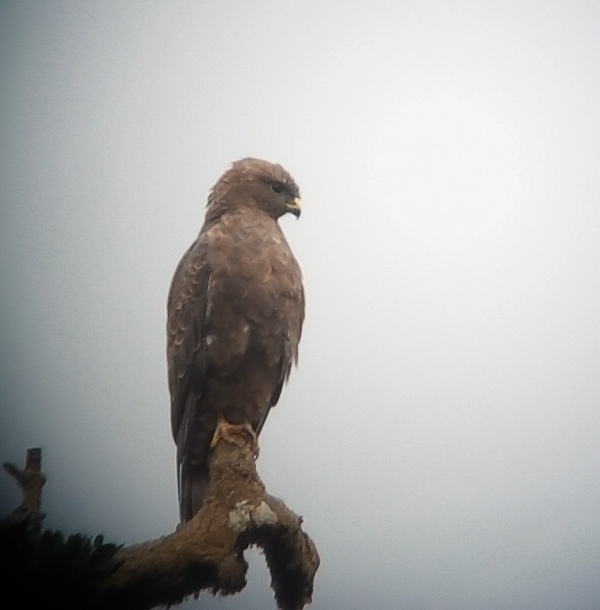 Before we left the park we made one final stop to look for warblers and before long we found a Greenish Warbler, nice one. Other species appeared but nothing of great significance or new for the list. Mammals seen in the park were Sambhur, Stripe-necked Mongoose, Toque Monkey, Fire Striped Squirrel and Palm Squirrel.

We left the area and headed back to the hotel stopping at the “Highland Milk Factory” where we bought some yoghurt and watched a troupe of Bear Monkeys feeding in the trees and performing some extraordinary jumping feats.

Lunch was eaten at 1pm and a long siesta was taken, we met up again at 3pm when we assembled to go out for the last 3 hours of daylight. Our destination was Victoria Park on the edge of town, a beautiful landscaped area with ponds and open lawns, flowerbeds and some great areas of mature trees and rough scrub. A large stream runs through the park where many birds can be seen.

We made our way around the park in nice warm sunshine, the park was crowded with people enjoying the weather. We completed two circuits and listed some nice species, our main target the Pied Thrush remained elusive but we were happy to get good close views of Indian Pond Heron, Little Cormorant, Common & Green Sandpipers, Forest & Grey Wagtails, Oriental Magpie Robin, Scaly-breasted Munia, Large-billed Crows and several very common species.

It wasn’t until the light began to fade that we discovered our target species, it was feeding near the waterside along the stream bed and in poor light it showed well, what a stunning bird the Pied Thrush is, click, click! We then made an effort to locate a Scaly or Sri Lanka Thrush before darkness set in, a White-fronted Waterhen was nice to see but the Thrush never showed. 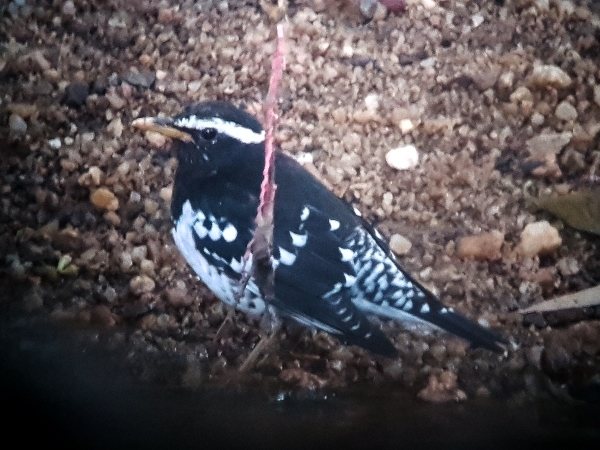