0Seven of the group met at 5:15am for a quick cuppa before setting off on a short birding trip to try to bag the Sri Lanka Thrush before we departed to the southwest, Saman knew of a local site which he said was pretty reliable! We arrived at the site in darkness and stood on a track very near a stream and a small bridge. Sure enough as the light improved the bird came out exactly where Saman said it would! We had great views of this very elusive and hard to find species, fantastic. 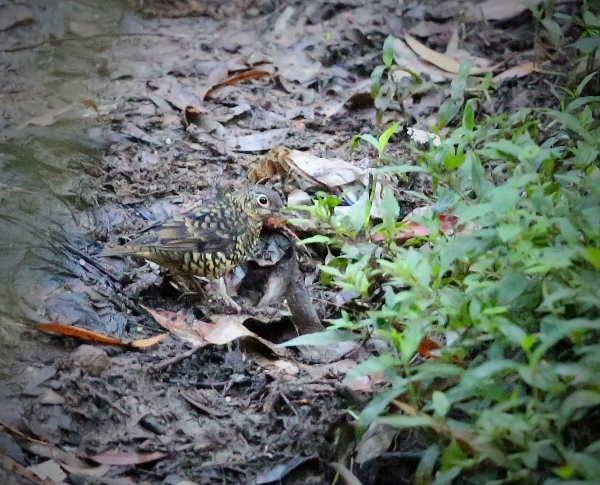 A great picture of the Scaly or Sri Lanka Thrush taken by Kevin Jones in very poor light!

By 8am we were breakfasted, packed and on the bus in readiness for our long trip to southwestern region for our 3 night stay at the superb Hibiscus Garden Hotel. We made a couple of planned stops along the way. First we visited Surrey Lodge, where a private woodland nature reserve forms part of the extensive grounds and where a pair of Brown Wood Owls have been seen regularly over the last few years. 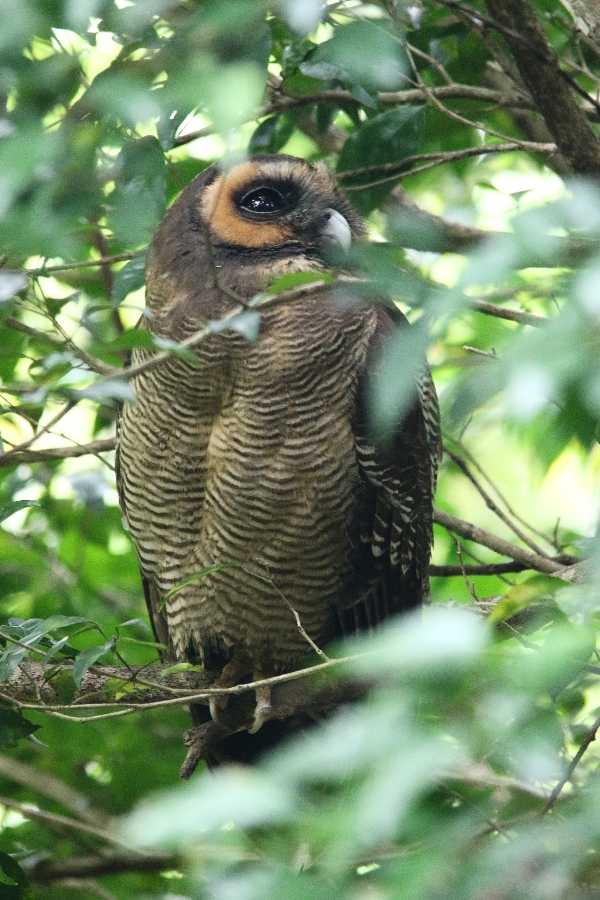 It took Saman all of five minutes to find the owl and another 10 minutes to guide us all down a winding woodland trail to see it! A magnificent sight enjoyed by all of us and photographed well by Kevin Jones and Mike Ambler, see below.

Other birds seen include two rather special birds, first the Indian Pitta showed well then we had a lovely surprise when we found an Orange-headed Thrush, what a stunner, a great bird for our list.  We also saw both Ringed-necked and Leyard’s Parakeets, Sri Lanka Hanging Parrot and several common species before we left.

The temperature rose as we descended from the highlands, the clouds cleared and the sun came out. We made a short stop at Rawana Falls just below the tourist town of Ella where we watched a few butterflies as well as seeing the falls.

It was 1:30pm when we pulled up outside our hotel in Tissa Maharama and after settling into our rooms we went for lunch. Our afternoon birding began at 3:30pm and consisted of a visit to the ‘Tanks’ (a series of large man-made reservoirs for water storage) at Tissa Wewa. 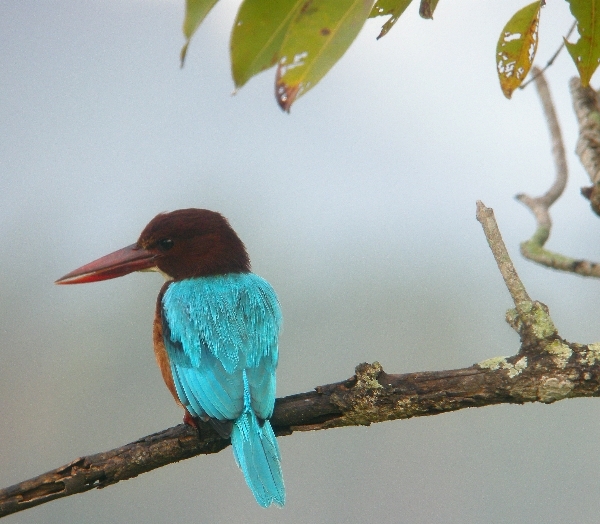 White-throated Kingfisher at the 'tanks'

What a superb time we had there, the ‘tanks’ were covered in lilies, reeds and grass and in places open water stretched out into large ponds. It was absolutely full of birds we were like ‘kiddies in a sweetie  shop’ so much to look at and see. Herons, Egrets, Storks, Swamphens, Jacanas, Watercocks and both Black & Yellow Bitterns. Kingfishers, Bee-eaters, Parakeets & Barbets all added bright colours which looked amazing in the afternoon sunlight. We added over 20 species to the trip list in no time at all, furthermore we managed to get close to most of the species. 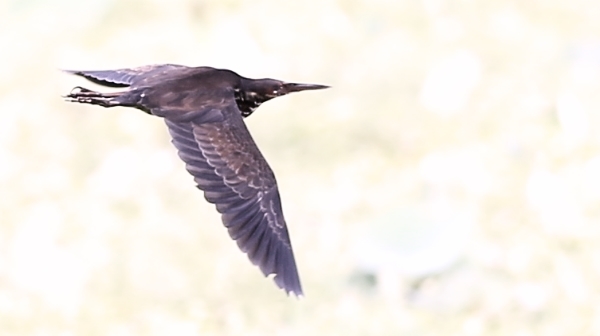 As the light faded large groups of birds flew over heading for their roosts, great strings of Cormorants flying in ‘V’ formation came over as Egrets, Storks and Herons past over in ones and twos. 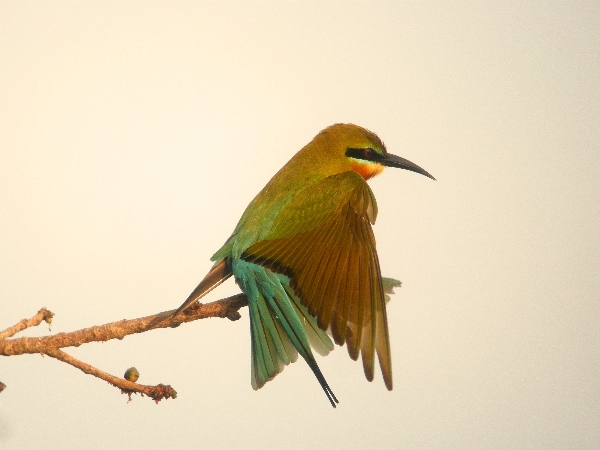 A White-naped Woodpecker, Spot-billed Pelican, Cotton Pygmy-Goose, White-bellied Sea-Eagle, Brahminy Kite and Stork-billed Kingfisher were stand-out species towards the end of our visit. A large Mugger Crocodile lay next to a dead tree waiting for something to get too close. 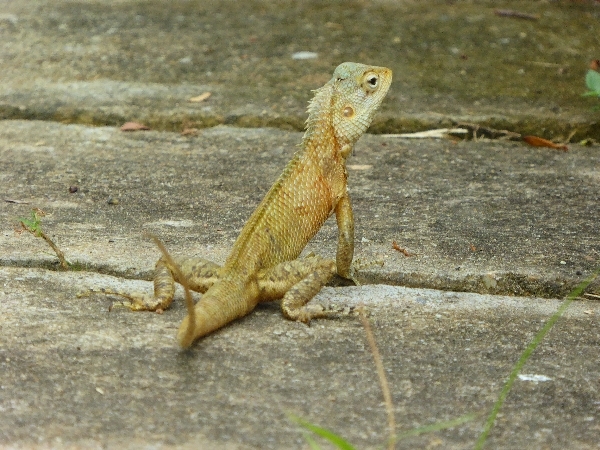 We arrived back at the hotel just as it was getting dark, so we made an effort to find Jerdan’s Nightjar and despite hearing one we could not see one in flight. The large Flying Fox Bat flew over in good numbers as we abandoned our nightjar hunt.