Today we visited one of my favourite places in Sri Lanka, Bundala Marshes. What a place, the whole area is just dripping with birds especially the approach road which cuts through marshes and scrub, reedbeds and pools, it is amazing. We arrived at 6am with our breakfast in tow and got off the bus just after the turning from the main road, the weather was just perfect, clear sky and no wind. 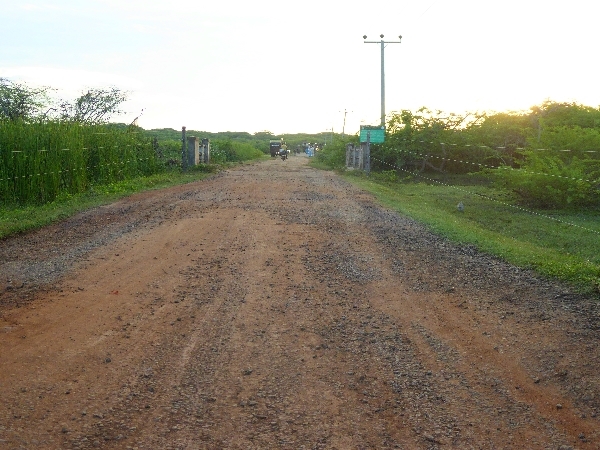 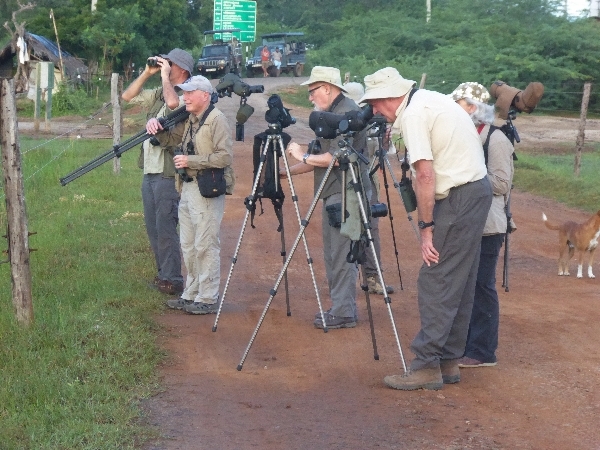 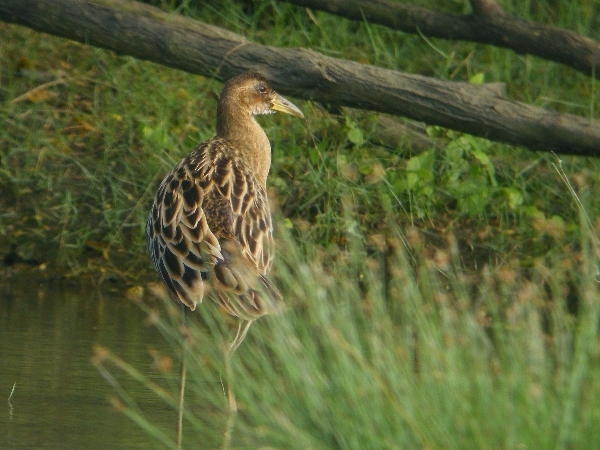 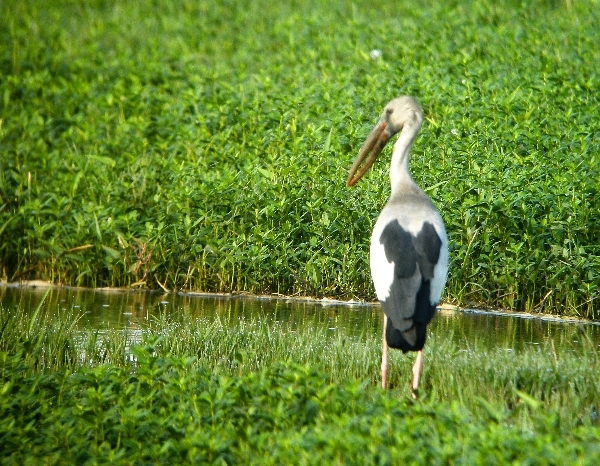 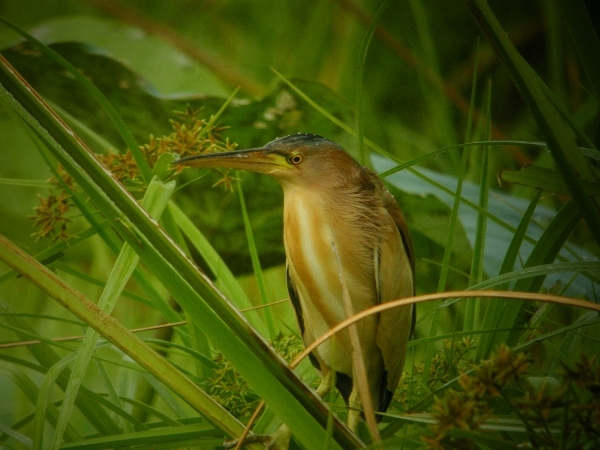 The delightful Green Bee-eater was everywhere and along with Blue-tailed Bee-eater, White-throated Kingfisher and the Munias they adorned the scrub with splashes of vibrant colour.

It was almost 9am when we boarded the bus to drive to the actual entrance to the park where we sat down to eat our picnic breakfast. Even there birds appeared and interrupted our meal, White-browed Bulbul, Black-hooded Oriole, Green Imperial Pigeons and more sunbirds fed in the trees around us. 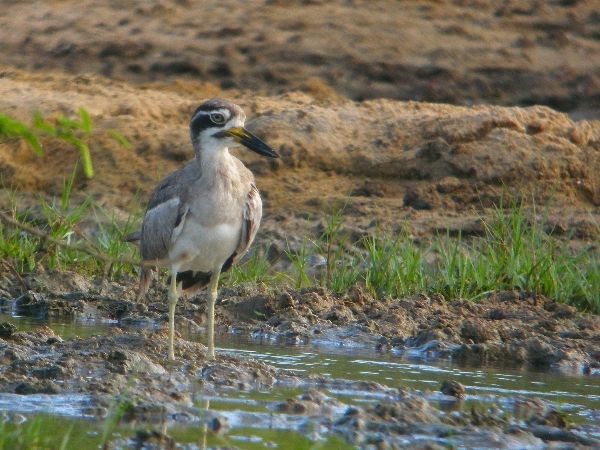 For the latter part of our morning-only visit to Bundala we drove to the Salt Pans where hundreds of waders, terns, egrets, cormorants and a few gulls awaited our attention. Along the approach track an unidentified cuckoo flew across the track and an Osprey sat in a dead tree eating, a dead fish. 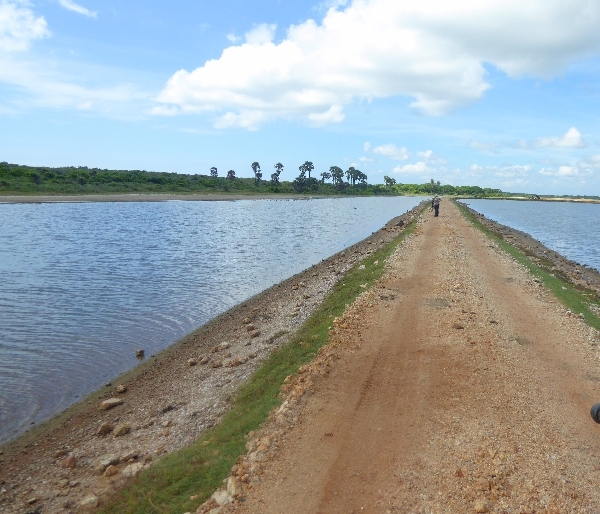 The salt pans at Bundala

Whilst watching the Osprey we scanned a small pool on the other side of the track and found our first Curlew Sandpipers and nice flock of Rosy Starlings alighted on top of a nearby bush.

The first ‘pans’ produced great views of Pied Kingfisher and good numbers of Black-tailed Godwits and Grey Plover. Further on we spent an hour walking along the length of the pans where unfortunately a great deal of work was being carried out and many workers were out there flushing the birds. 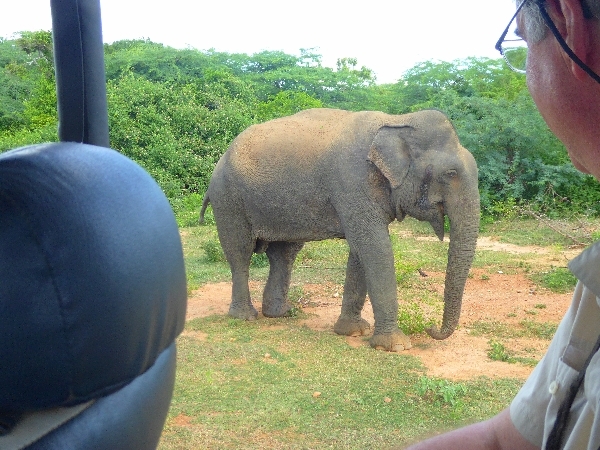 At this point we found several new species for the list, Yellow Wagtail, Small Pratincole, Oriental Skylark, Ruff, Ruddy Turnstone and a huge roost of terns held both Greater and Lesser Crested, also Caspian, Whiskered, Little and Gull-billed Terns. A few Brown-headed Gulls sat with them. 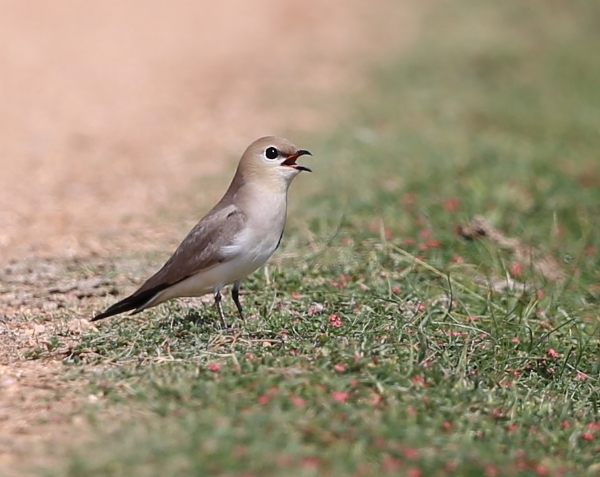 Several waders were still missing from our list and our search failed to find Temminck’s Stint, Whimbrel, Curlew and Spotted Redshank, a bit disappointing but the numbers of the other species was overwhelming, we couldn’t search every flock in the time that we had.

We drove away from the park at 11am and returned to hotel for a long lunch and a well deserved rest! At 3pm we met up again for our afternoon excursion which took place at the ‘tank’ near Tissa. This visit was to the eastern side where within minutes a nice selection of birds were in view.

The most colourful Coppersmith’s Barbet was our first new species to be seen this was quickly followed by a Thick-billed Flowerpecker then a mixed flock of Munias, both Scaly-breasted and Tri-coloured Munias were joined by a couple of Indian Silverbills. 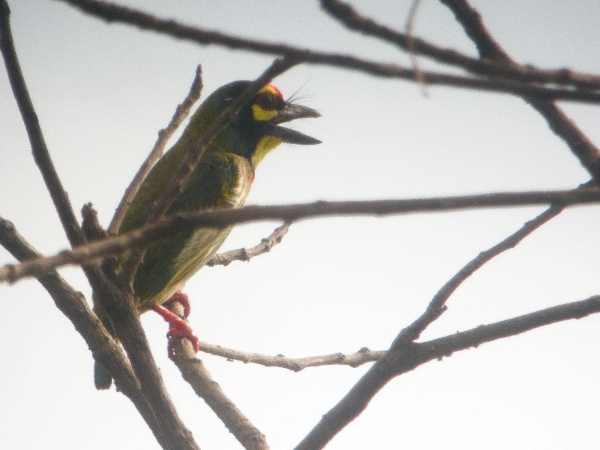 The afternoon sunlight was perfect now, the plumage of all the birds was highlighted by the exquisite light and they all looked stunning, even the Ashy and Plain Prinias looked colourful. 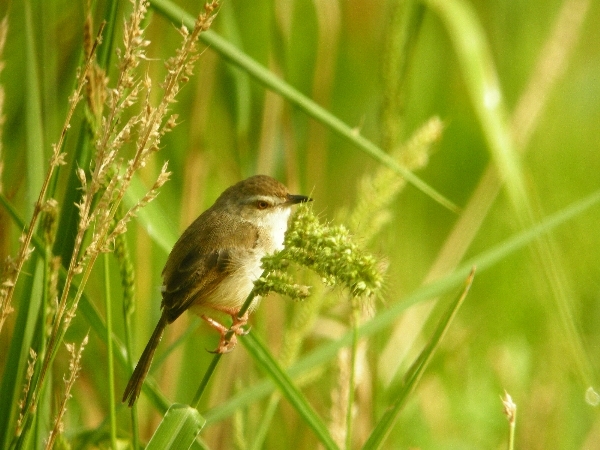 For the next 30 minutes we were stunned into silence by a constant stream of new arrivals. A fig tree was fruiting and that attracted a good variety of birds. Green Imperial Pigeons, Sri Lanka Green Pigeon, Asian Koel and the delightful Malabar Pied Hornbill. Then a White-naped Woodpecker flew into view, I must say this species has to be the most stunning woodpecker I have ever seen, the golden wing markings are something to behold, double wow! 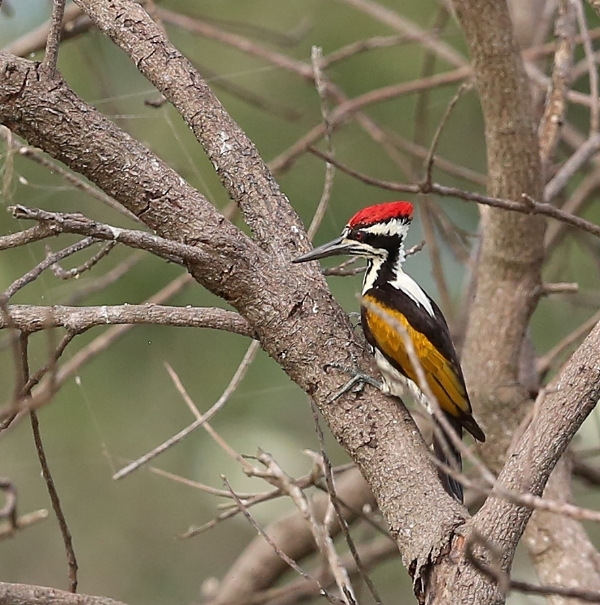 Water birds were all around us too, a Yellow Bittern did its best to get onto our camera memory cards so we duly obliged. Waterhens, Watercocks, Pheasant-tailed Jacanas, Purple Swamphens and Red Wattled Lapwings filled the rice field below us as we walked along a raised bank. 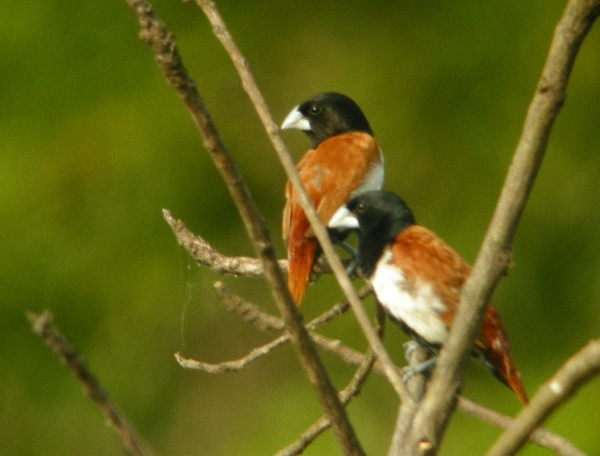 A couple of dragonflies and several butterflies grabbed our attention for a while too, until a male Small Minivet, a Brown Headed Barbet and a Green Bee-eater lured us away, tempting us with flashes of sublime beauty and alluring poses.

We left the area with a tentative promise of seeing a Jungle Owlet at another private site close by, it turned out to be a little disappointing, the Owlet wasn’t coming out to play, although we did see both White-naped and Lesser Golden-backed Woodpeckers. 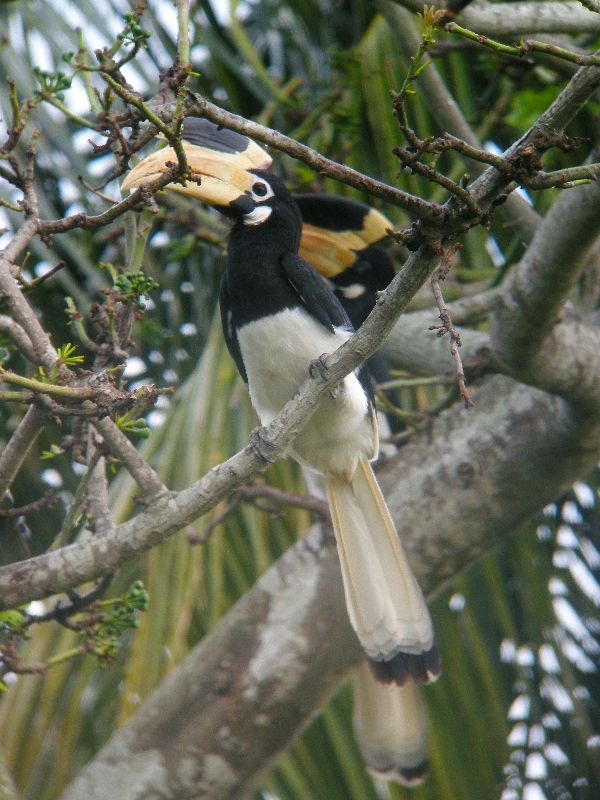 We returned to the hotel with plenty of time to relax before dinner, which I have to say was delicious, the food, service and general cleanliness of this hotel is top class, the grounds and the swimming pool are so relaxing and pleasing on the eye. Although, before they fenced off the adjacent natural lagoons, a large Mugger Crocodile was once found in the swimming pool!