Before we set off to our next venue we decided to go out before dawn to look for nighjars near the Udawalawe Dam. Just the four of us turned out as the girls opted for a lie-in, we parked up at the far end of the dam where a large area of open scrub provided perfect habitat for nightjars. Straight away we heard two or three calling and within minutes we located an individual on the track by torch-light, it was an Indian Nightjar. Several sightings followed, both in flight and on the ground. 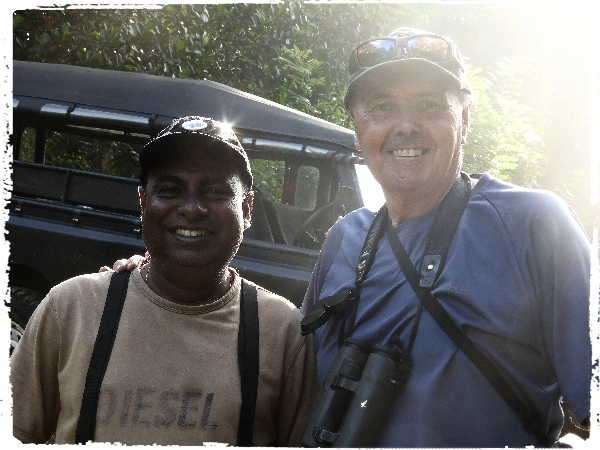 yours truly with Jith our guide

The morning light quickly filtered through as the sun came up over the horizon. Bird song was prolific coming from all directions. Soon we had a nice list of species which included a new bird for our list the Tawny-breasted Babbler, one of the smallest babblers and very cute. 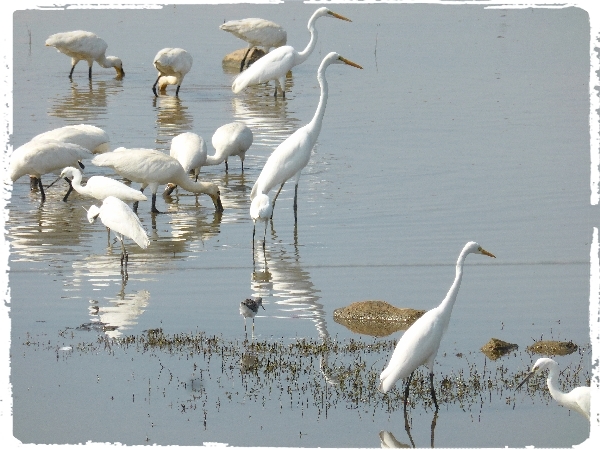 Egrets and Spoonbills on the wetlands just outside Udawalawe National Park

Prinias were quite common both Jungle and Grey-breasted were singing, as were Tailorbirds and we saw both Grey-bellied Cuckoo and Asian Koel. Across the road a huge marsh area was covered in birds, none of which were new for us but we enjoyed watching Painted Storks, egrets, herons, waders, larks, pipits and wagtails.

After breakfast we set off for the Sinharaja Forest a journey of some 3 hours but with stops to buy lunch and short birding stops we spent most of the day travelling. However by 3pm we were settled in our rooms at Martin’s Lodge, the steep drive up the hill to the lodge is an interesting experience, we all piled into the back of a land driver to combat an atrocious track, it took 25 minutes to cover the 2kms, a very bumpy ride.

The views from the terraces at the lodge cover a wide section of forest that stretches across a deep valley below, but at this time of the day not many birds were moving around. 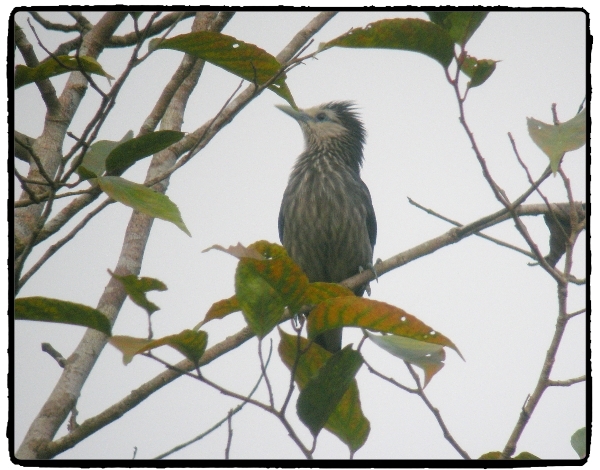 At 3:30pm we set off on foot to visit the National Park which was a couple of hundred meters from the lodge, however we didn’t walk very far as a small flock of White-faced Starlings were found, first a very distance bird appeared then 2 or 3 flew into a much nearer tree. We still have 9 endemic species to find, this was the first of them.

The walk into the national park didn’t produce much, it was very quiet, we found a new flycatcher for our list, the Brown-breasted Flycatcher and the local warden pointed out a pair of Sri Lankan Frogmouths. A Sri Lankan Junglefowl came out of the forest and followed us for an hour or so which was quite comical but that was gist of our first walk in the forest. 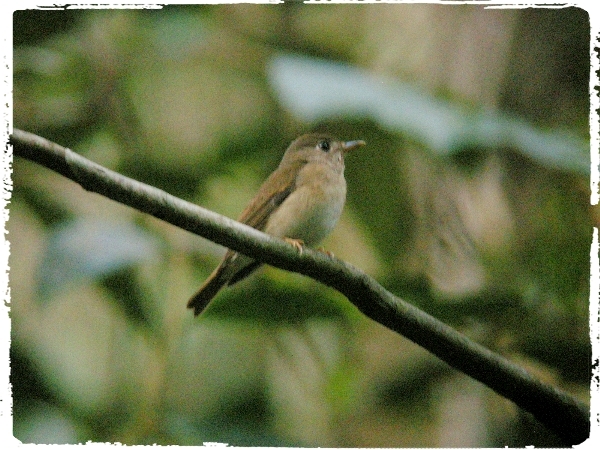 We made our way back to the entrance gate and along the way we found a Sri Lankan Blue Magpie, it was distant but what a beauty, it is also an endemic. 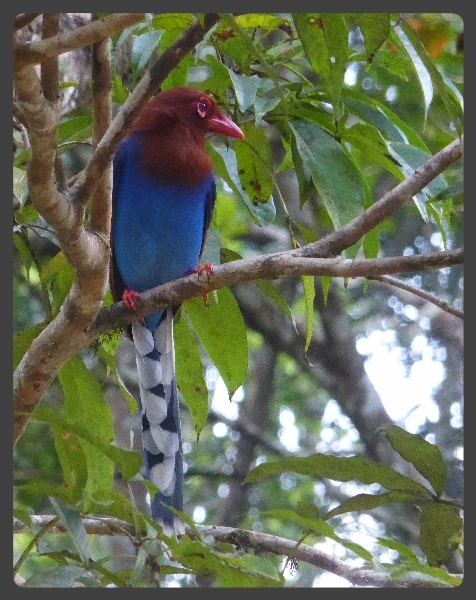 As the light began to fade around 6pm we returned to the lodge but not before we added one more endemic species to the list. Our driver, Thilina, who is also an excellent forest birder, heard the Sri Lankan Hill Myna calling and found two of them flying over, so that was 3 of the 9 remaining endemics in the bag! 27 endemics on the list, 6 more to come.