Our first full day was packed full of new birds and we saw 12 of the 33 endemic species, a great start to the holiday……..

After a nice refreshing 8 hour sleep in our air-conditioned room were up and out at first light, 6am. Jith and our driver arrived to collect us for a short drive to the village to another track which led down to the river. We quickly found a number of species, Red-vented Bubuls were very common but we also found Black Bubul, Black-hooded Oriole, Golden-fronted Leafbird, White-bellied Drongo, Green Imperial Pigeon, Lesser Goldenback (a woodpecker - this southern race is currently in the thores of being split from its northern race), Purple-rumped Sunbird, Sri Lankan Grey Hornbill (endemic) and as we searched for another endemic, the Chestnut-backed Owlet, we came across a couple of goodies. First we tracked down a beautiful Asian Paradise Flycatcher and then we spent some time waiting for a pair of Brown-capped Babblers to appear, another endemic in the bag. Then we had our second view of the Lesser Goldenback, also a Spotted Dove, Rose-ringed Parakeets and more Golden-fronted Leafbirds. 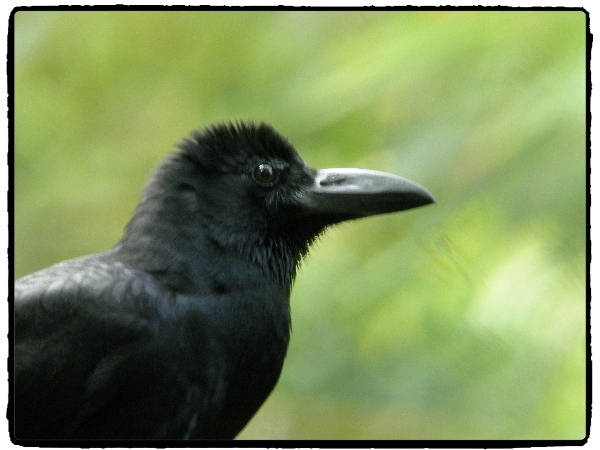 Large-billed Crow - seen just outside our room this morning

Walking to another area we found a couple of distant Yellow-fronted Barbets, yet another endemic species and further along the track we walked under some mature trees looking for the owlet and came across Yellow-billed Babblers quickly followed by a sighting of a group of Orange-billed Babblers (endemic) and Layard’s Parakeet (also an endemic). 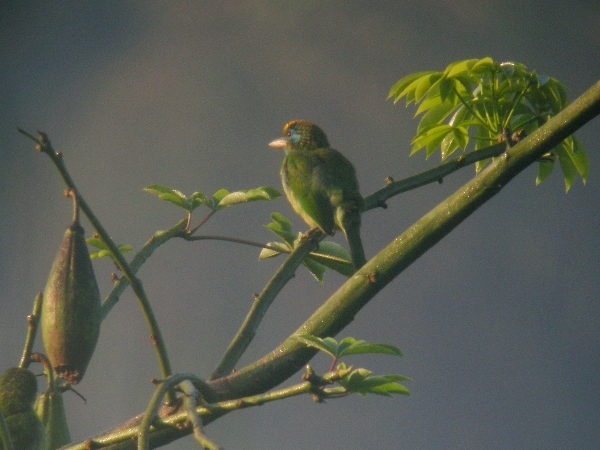 record shot of the Yellow-fronted Barbet

As we made our way back to the bus we watched Indian Swiftlets, Asian Palm Swifts and a pair of Sri Lankan Swallows. A Tailorbird remained elusive but we had smashing views of some more barbets.

We then returned to the hotel for breakfast, I ate curried tuna and rice, none of the others fancied curry for breakfast so they ate bread, bananas, jam and butter.

After breakfast we drove to another area the other side of the village where we parked in the grounds of the Rest House hotel, we spent some time birding the grounds before making our way down to the river to catch a ferry. Some nice sightings were made from the hotel’s terrace, a distant Black Eagle was nice (Sri Lanka’s largest bird of prey), also distant Blue-tailed Bee-eaters, a fly-by Stork-billed Kingfisher, Scarlet Minivets and an Oriental Honey Buzzard. Much more closer was a Pale-billed Flowerpecker and a second sighting of Purple-rumped Sunbird. 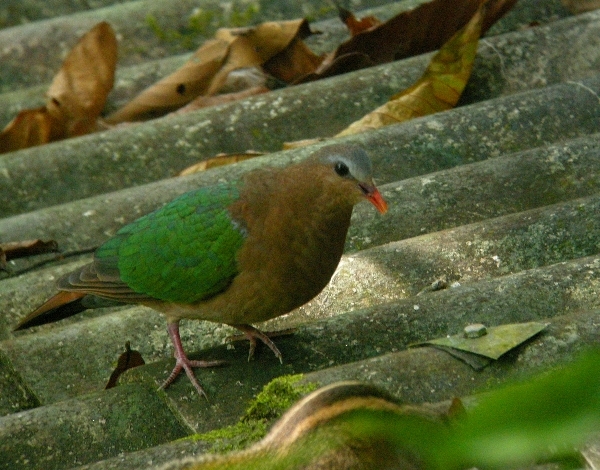 Emerald Dove - taken from the terrace

Once across the river we followed a track that led us into some rain-forest via some small tea plantations where we saw Tickell’s Flycatcher as we walked up into the forest. A few nice species were added in the forest but generally they were hard to see. Malabar Trogon, Sri Lankan Drongo (both endemics), also Black-naped Monarch and several species mentioned above. A short raptor-watch produced at least 4 Crested Serpent Eagle, Shikra and Oriental Honey Buzzard. On the way back across the river we added Grey Wagtail, Common Kingfisher and we had better views of Stork-billed Kingfisher.

Lunch was eaten back at the hotel and a short siesta time gave us some relaxing birding from the terrace when we added Emerald Pigeon to our growing list.

For the afternoon we went across the river via a small hanging bridge, held together by rusty rivets and tired looking cables, it was an experience. The birding was very slow on the other side, it took ages to find a single bird! After an hour we gave up having logged Asian Brown Flycatcher and we heard a Chestnut-backed Owlet and not much else. 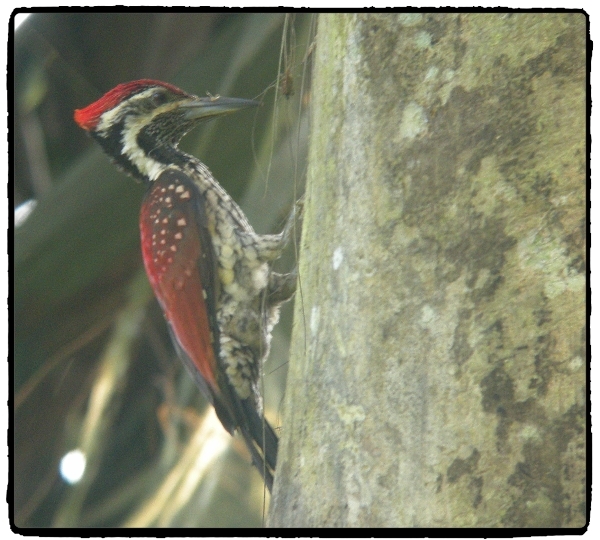 So we abandoned the walk and went back across the river to the hotel, from there we drove about a mile up the road towards Kitulgala before stopping next to another track. This was a good decision by Jith because this new track held lots of birds, many new ones for us. We stayed for a couple of hours walking about 3km and enjoying some great birding. A few new endemics went onto the list including Sri Lankan Green Pigeon, Grey Hornbill, Sri Lankan Hanging Parrot, Black-capped Bulbul and several other species were seen for the first time. We finally caught up with  Common Tailorbird, also Greater Coucal, Alexandrine Parakeet, Plum-headed Parakeet (John only), Oriental Magpie Robin an Loten’s Sunbird. We had a great time watching Lesser Yellownape with prolonged views of two of them together with Lesser Goldenback. 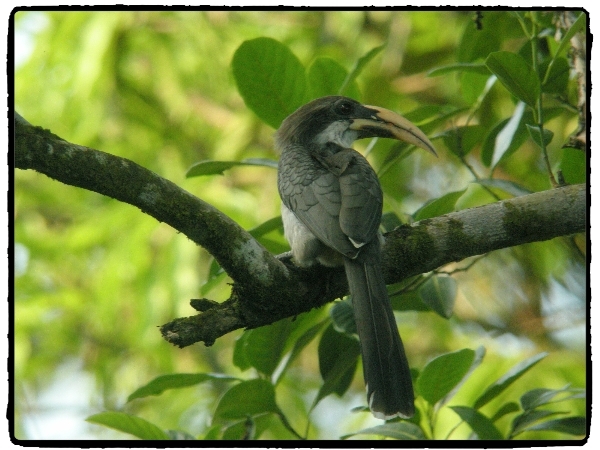 The light finally faded so we drove back to the hotel to shower ready for dinner, it has been a great first full-day, with 60 species on the list.