WEATHER: another cloudless sunny morning, at least from the first four hours, by 10am it had clouded over and the wind had picked up.

Well, what a fantastic trip I had today, I got up early and left the flat at 6:15 and 15 minutes later I was parking tthe car on the edge of Maiden Newton village. The river Frome flows through the village as it heads southeast via dorchester towards Wareham where it flows into Poole Harbour. It is a very clean river and one of my favourite birds still breeds in these parts. The Dipper, I have seen it a few times in the past from bridges in the village but today I wanted to photograph one from the meadows nearby. 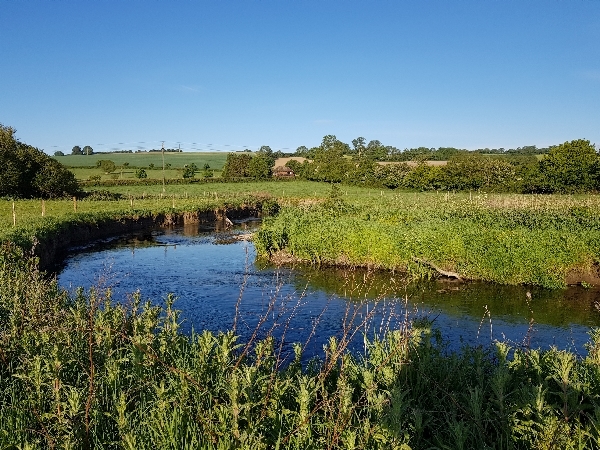 The River Frome at Maiden Newton

I was alone for a couple of hours as I strolled along the river bank, there were birds everywhere, the dawn chorus was an amazing cocophany of trills, whistles, melodic rhythms and flutey scales. I stood for a while just taking it all in, wow! what a pleasure it was to be there. 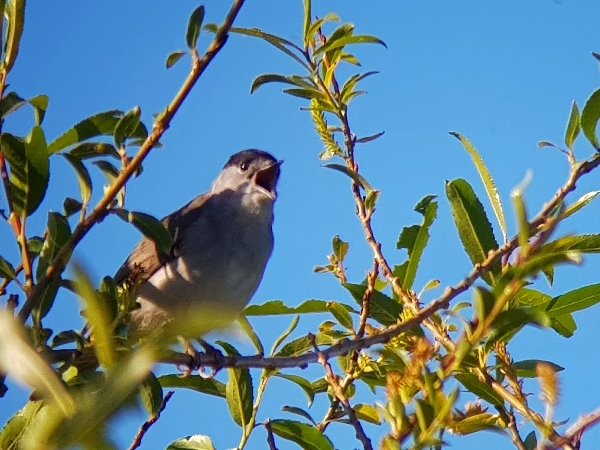 The number of birds flitting around was also impressive, it was like a busy airport with arrivals, departures and flyovers coming and going in all directions. I had seen about 15 species during the short drive to get there but I must have doubled that figure withing 30 minutes. 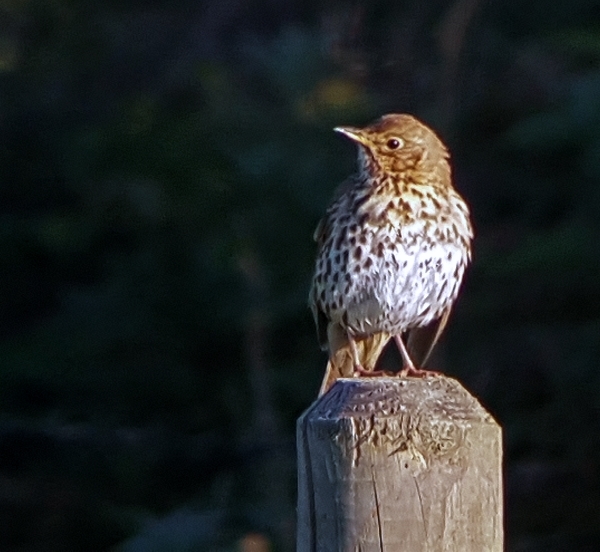 A Mute Swan flew over as did Barn Swallows, Swifts and dozens of House Martins. I saw Grey Wagtail, Moorhen and Mallards along the river and Collared Doves, Wood Pigeons and Common Starlings on the power lines. 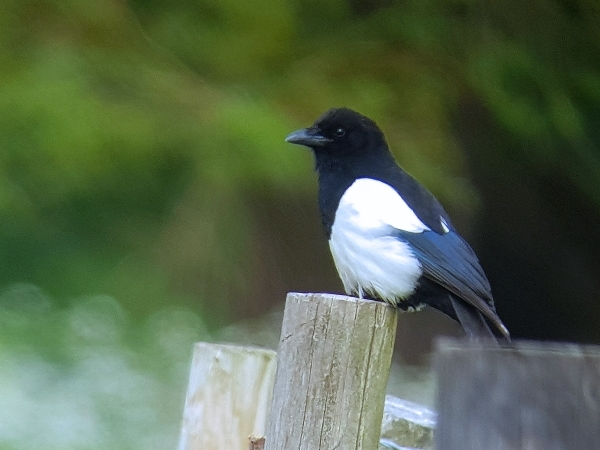 In the scrub along the river banks there was a multittude of birds singing or calling: Song Thrush, Wren, Robin, Blackcap, Chiffchaff, Chaffinch and GARDEN WARBLER. I waited a while in hope of seeing this plain looking warbler, it took quite a while in fact and even then I got brief glimpses of it. 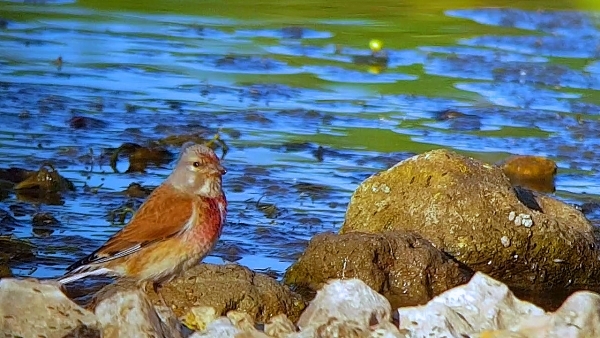 A Linnet coming down to drink at the water's edge

A SEDGE WARBLER was next up, the first for me this year never mind Isolation lists, I got it in the scope as it sang from a tree, but it flew off before I was ready with my phone- camera. It took me ages to refind the bird despite it singing all the time. Eventually, it came closer and within nanoseconds I had it in the scope and subsequently in the can! 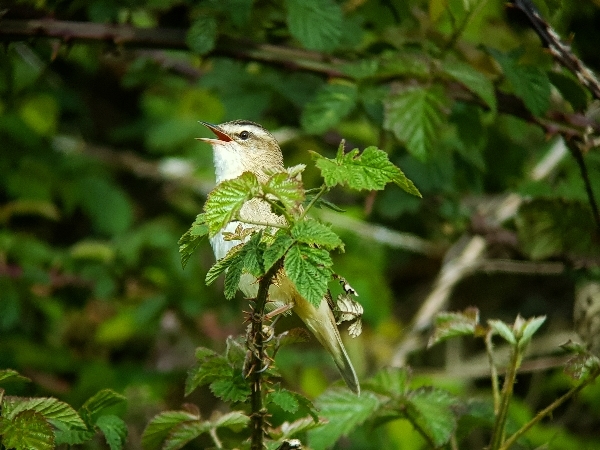 Sedge Warbler - see a short video of this bird by clicking the link below - unfortunately the Warbler's song is being drowned by a Blackcap.

I have a lot of luck with Bullfinches lately and today was no exception, a beautiful male sat out for me and during my walk I saw at least three more. My list crept up to 40 species as I wrked my way along the river, I crossed over a footbridge onto the west bank and walked back north. I had the sun in my face but it wasn't a problem as the meandering river often gave me favourable light at times. 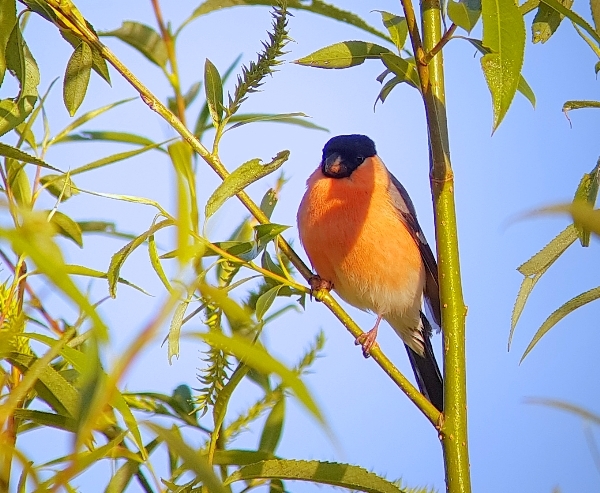 My search for the Dipper proved hard work, not a sniff was had for nearly two hours, then just as I was leaving the last stretch of water a DIPPER flew past me, yippee! I had no chance of taking a picture but I had seen a Dipper.

Next, I headed back into the centre of the village where the river passes underneath the main through road. I took two short walks where the river was very shallow with many clumps of rocks and gravel, it looked ideal for the Dipper. I saw the bird twice more but both sightings were of birds in flight. It looks like I shall have to return if I want to get a picture. 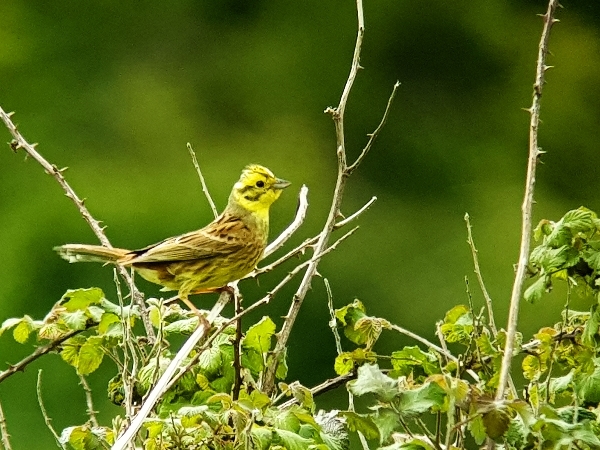 I could see a bank of cloud coming my way so I decided to leave the village and drive up the hill to a small Butterfly Nature Reserve on a hillside called Lankham Bottom. As I arrived, the sun went behind a band of clouds, this is catastrophic for butterfly watching. Nevertheless, I carried on into the revserve, which a huge area on a steep slope, it has short grass with many wildflowers and lots of clumps of bramble and hawthorne.

I saw a single Small Heath Butterfly and that was it as far as butterflies were concerned, but several birds were singing. 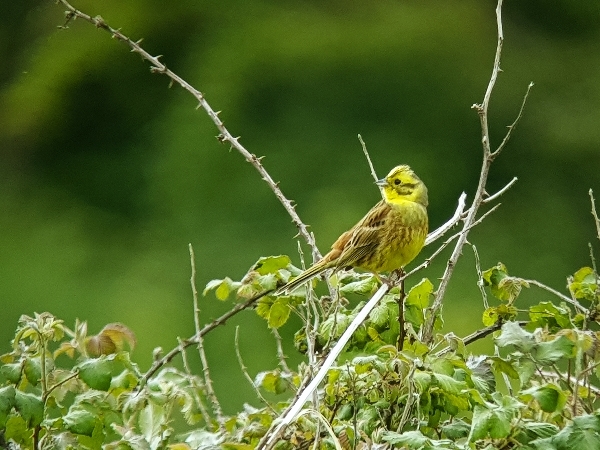 I tracked down a Yellowhammer and another and then another, in fact, the area was crawling with them. A few Linnets flew around and a flock of Goldfinches but not much else.

As I was leaving I noticed a raptor circling high up in the distance, I scoped it and found that it was indeed a Red Kite, what a lovely bird to finish a fabulous morning. 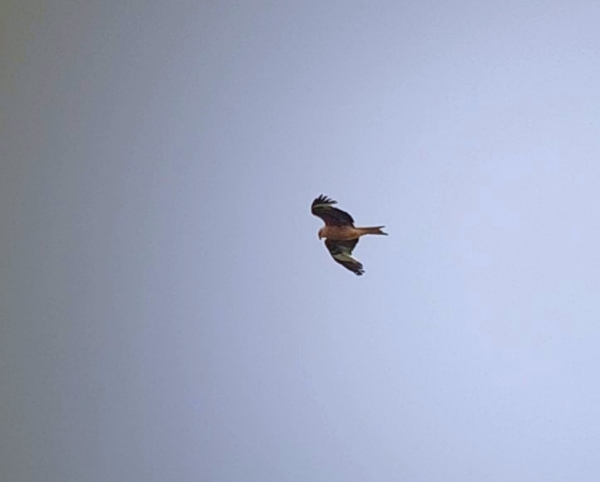 a record shot of the Red Kite

After lunch Dawn and I walked over to Barwick House and Parkland, we saw Moorhen, Coot, Mallard and Little Grebe on the lake and not much else. The wind was alittle chilly and the sun refused to come out until at least 7pm when we were eating our dinner!

The Little Grebe was number 70 for May! A nice milestone for my isolation list.