MORNING WALK ALONG THE RIVER YEO AT ILCHESTER, AFTEROON VISIT TO HILSIDE RESERVE NEAR BATCOMBE

WEATHER: yet again another superb day, light winds, some cloud to start but glorious sunshine for the rest of the day. Temp above 20C.

I had a fantastic early morning walk across some grass meadows and then along the banks of the River Yeo. I had exceptional views of Reed Bunting, Reed Warbler and Sedge Warbler, I found three new species for my isolation list and finally, after waiting nearly three months a RED KITE flew over my garden!!!

I arrived at the Ilchester meadows at 6:30am having left the flat some 15 minutes earlier, I watched a Little Egret fly across the meadow in front of our flat and I heard the Goldcrest calling from the Sycamores. I had a good feeling about today. 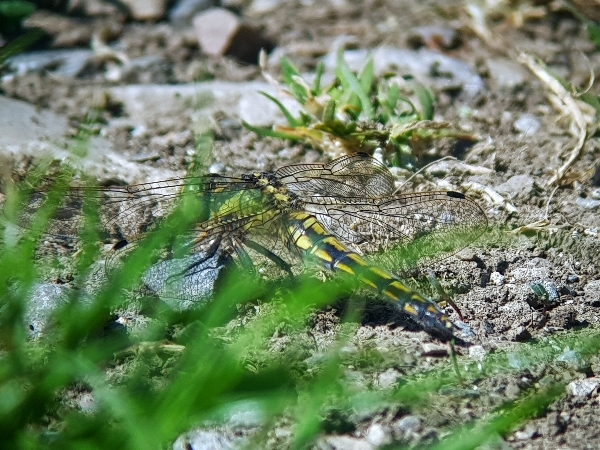 my first proper Dragonfly of the year - female Black-tailed Skimmer

It was just devine walking along the hedgerows onto the meadows at Ilchester, bird song rang out from every direction, I stopped to photograph a very obliging Reed Bunting before I got to the bridge where Dawn and I walked to a couple of days ago. 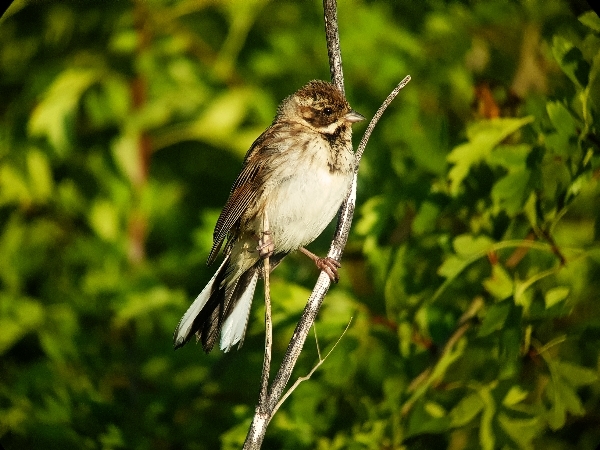 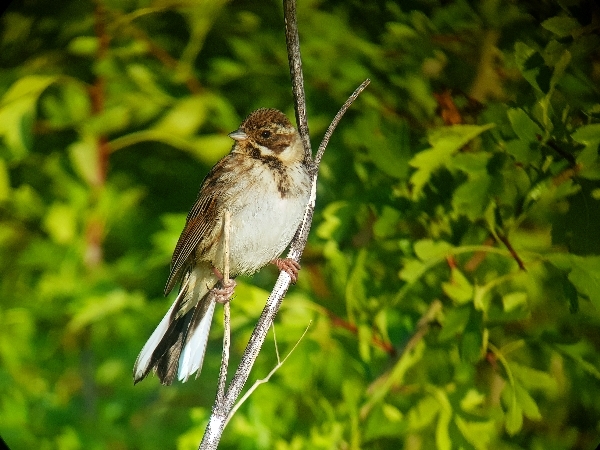 On my last visit I was looking for the rare summer visitor, the Red-footed Falcon, but today I was after much easier fayre. The Reed Warbler was my main target and boy did he perform well. I got excellent views of him at the bridge. 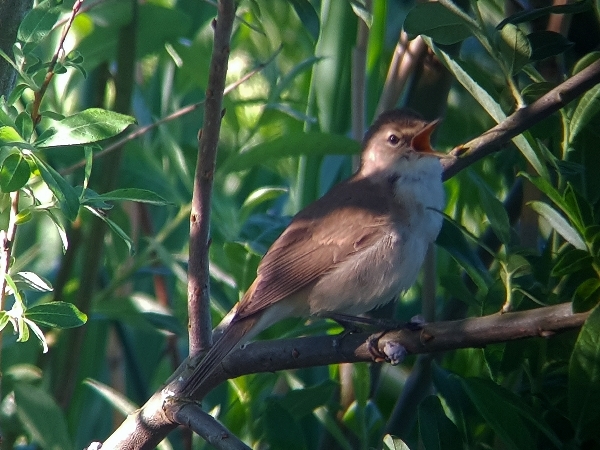 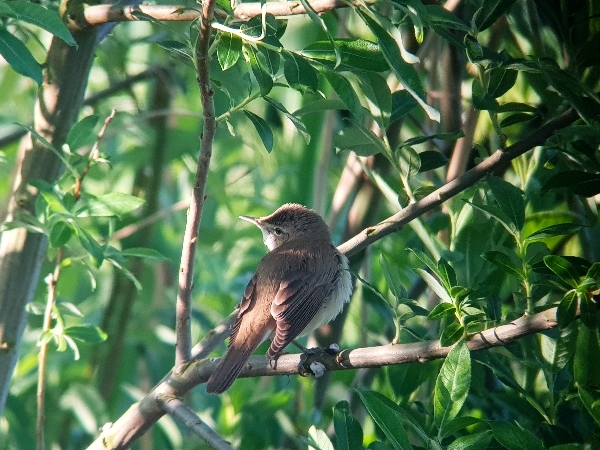 I walked along the bank of the River Yeo heading south, the sun was beginning to warm the air and a gentle breeze stirred the surface of the slow moving river. I saw Moorhen and Mallards, Mute Swan and Grey Heron in the water and soon I came to a field where 61 Mute Swans were feeding on the grass, 23 Canada Geese were near them and in the next field 15 Stock Doves fed in the grass stubble. 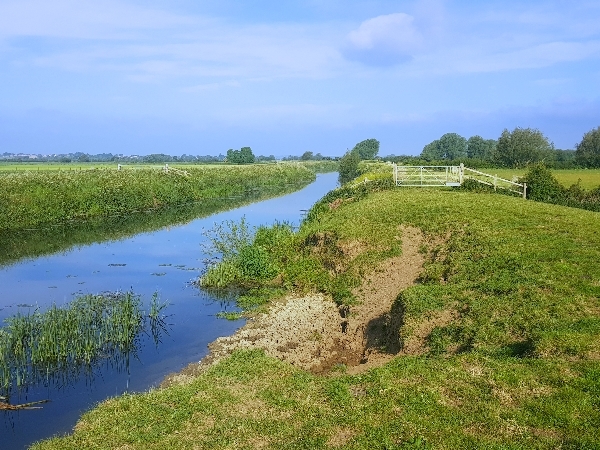 the slow moving River Yeo is more like a canal here 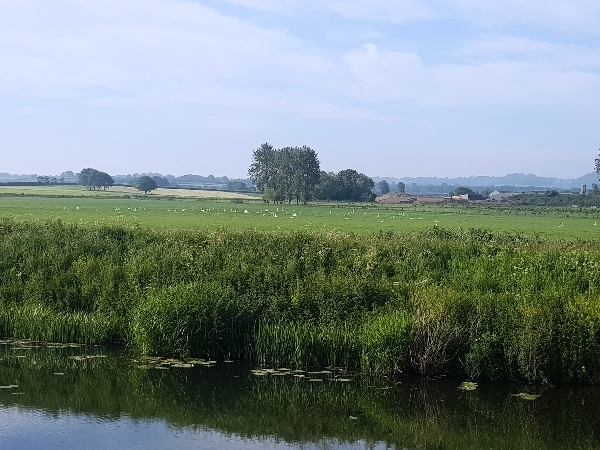 I heard the 'honking' of the Cranes before I saw then, at first I thought it was the Canada Geese making the call. Then I spotted two COMMON CRANES in a field to my right. They were quite distant so my pictures are just record shots and I knew that if I had tried to get closer they would fly off. Wow, that was another new bird for my list. 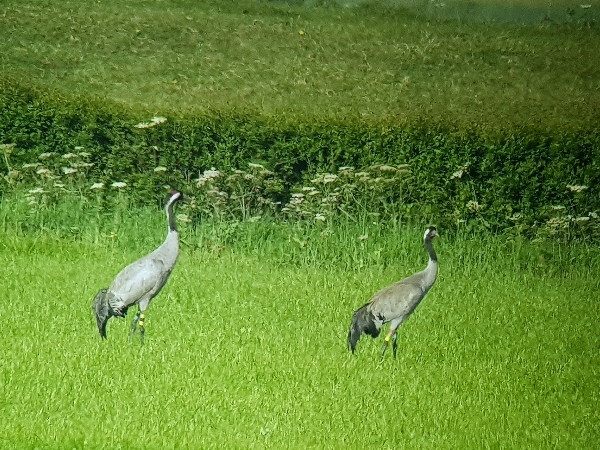 Common Crane - probably from the re-introduction programme at Slimbrdige

I saw a Common Cuckoo just as I met another birder, he was there looking for the Falcon so I left him to it and carried on walking south. I spotted three Brown Hares in one field and then my second new bird of the day, NORTHERN LAPWING. I never expected those! Again they were quite distant so my pictures are just record shots. 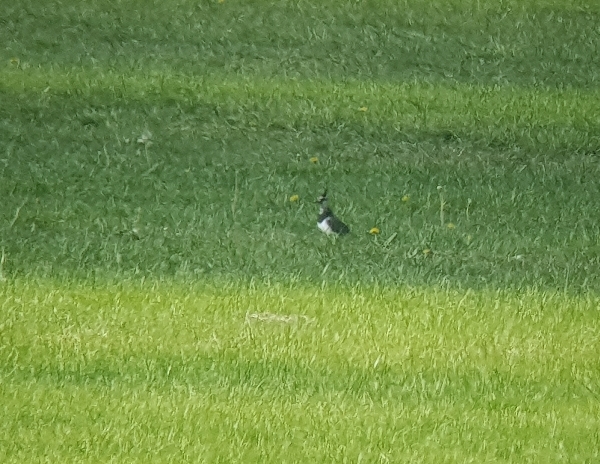 recors shot of my second new bird - the Northern Lapwing

Along the reedy banks of the river I heard a couple more Reed Warblers before I bumped into a Sedge Warbler, this one showed well and I couldn't resist taking another picture of this superb little fellow. Other birds seen during the first two hours included: Goldfinch, Linnet, Great Cormorant, Common Buzzard, Common Kestrel, Common Swift, Barn Swallow and House Martin. 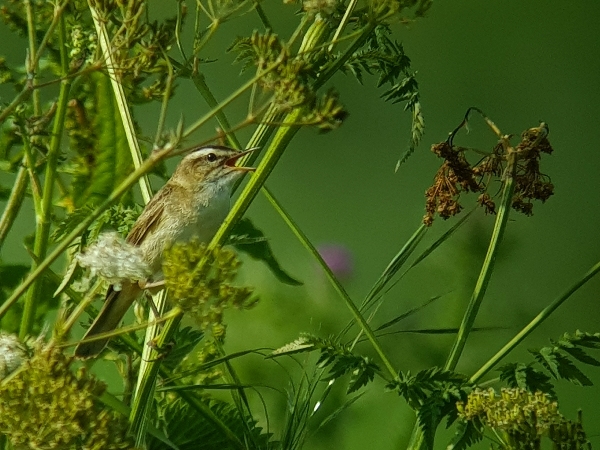 Back at the bridge I met another birder who was waiting for a sighting of the Red-footed Falcon, the Cranes flew over us and landed out of sight. I then walked north from the bridge hoping for a view of another bird that had been reported there recently, GREY PARTRIDGE. I saw Mistle Thrush, 3 Roe Deer and Common Pheasant. 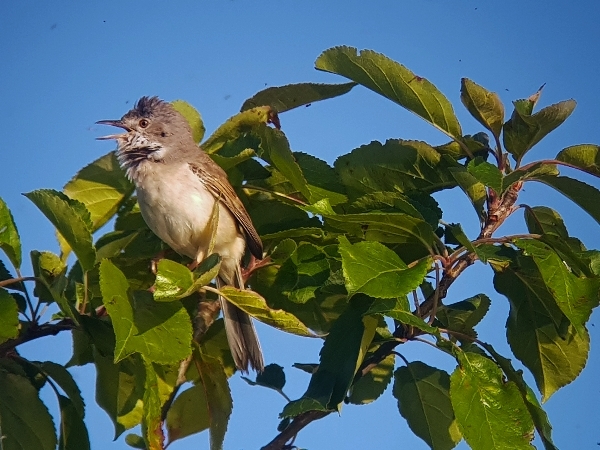 Common Whitethroat taken from the bridge

I returned to the bridge and met Guy Campbell, my mate from Yeovil and together we searched for the Grey Partridge, not long after we found two of them, but once again they were very distant and too far to capture on film.

I left Guy and another chap looking for the Falcon and set off for home, I arrived at 11am. I then went for a 25 minute 'power walk' and did excerises for another 25 minutes before taking lunch. As I returned from my walk I saw a Common Buzzard circling over the meadow, then a second one was much higher, a third bird appeared and it did not look like a Buzzard. I dashed into the flat and grabbed my bins, it certainly wsn't a Buzzard it was a RED KITE. Hallelujah!!! At last a Red Kite over our garden. 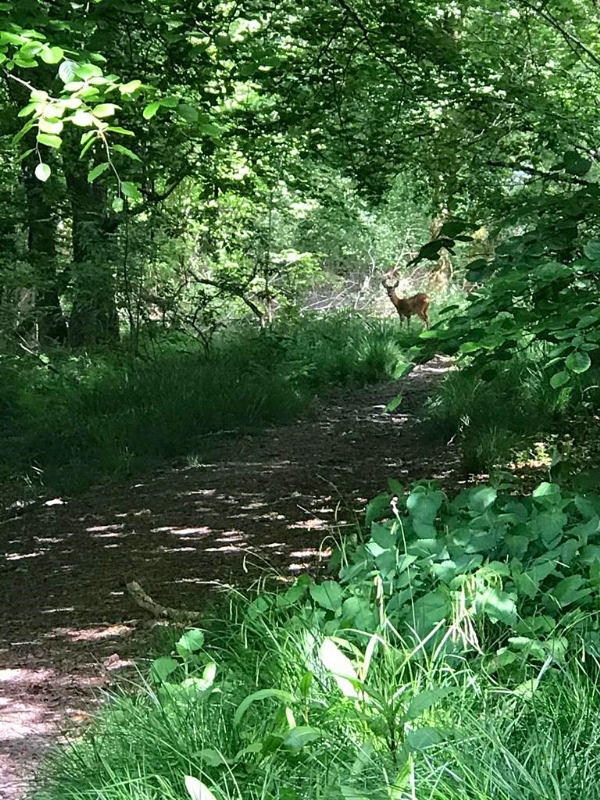 For our afternoon walk Dawn and I went to a Dorset Wildlife Trust Reserve called Hilside (yes it has only one letter  'l'). It is an ancient woodland on a steep sloping hill, it has a  a couple of flower meadows and it has an impression list of flowers, butterflies and birds. 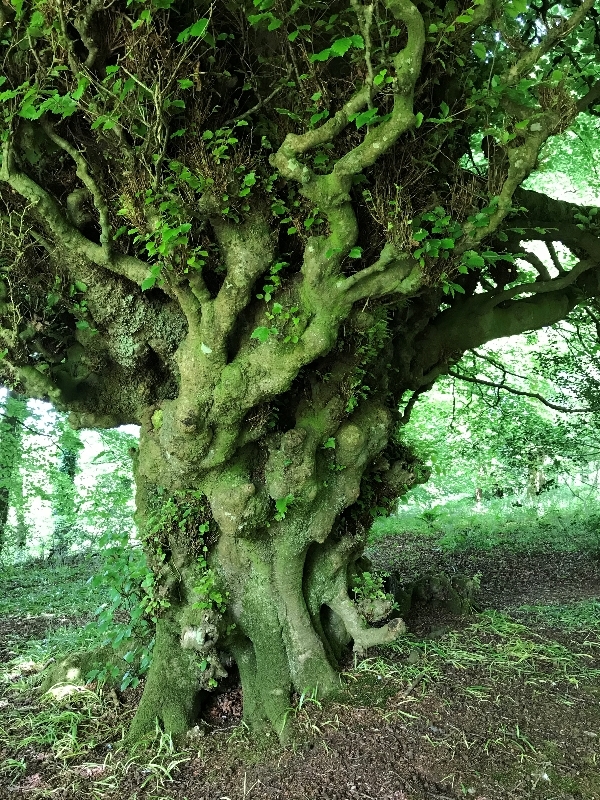 an amazing tree - taken by Dawn (the picture not the tree)

It was late afternoon so we didn't see much but it was a good recce trip for future walks.