WEATHER: a misty start but then unbroken sunshine all day, a lovely breeze and temp in the mid 20's C

A pattern seems to be emerging with my birding escapades, I am travelling away from Stoford on alternate days and walking my patch on the others. I think that I have squeezed every last bit of juice out of my local patch and I crave for other flavours found elsewhere.

Today I drove for 40 minutes, I drove past Sturminster Newton and ended up on the road from Wells to Bath, I know of a track that takes you near a colony of breeding birds that are rarley seen elsewhere in Somerset.

I parked the car just before 7am and walked to the start of the track, a five-barred metal gate is the entrance to the track and it was chained closed!! Locked out, I was devastated, I contemplated for a while, I looked at my OS map several times and convinced myself that this was wrong, the gate should be open and access should be available to the track. 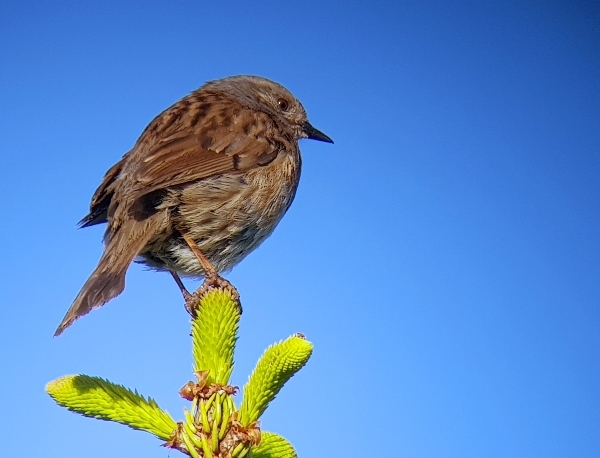 Dunnock - one of the first birds that I saw today

So I climbed the gate and walked a few hundred meters, I heard dogs barking from a farm behind the hedge and thought; am I tresspassing? will the dogs be let loose? I turned around and headed back, then my target bird appeared, but only briefly, I couldn't get a picture and the dogs sounded louder.

I spent an hour back on the other side of the gate, it was quite enjoyable, I had great views of a new species for my list, a SPOTTED FLYCATCHER, wow, one of my most wanted, in the bag and in the can. 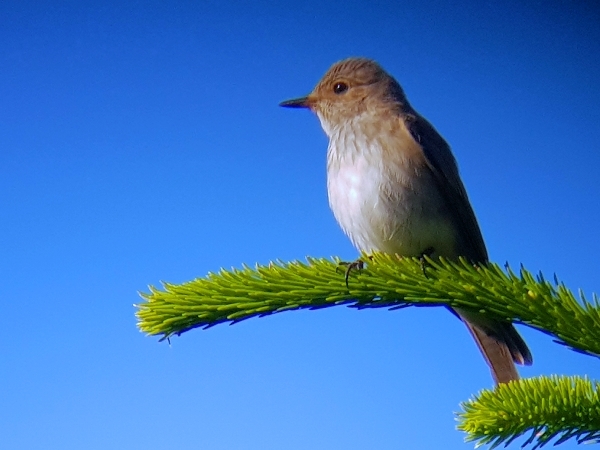 Spotted Flycatcher a new bird for my isolation list

I saw Ravens, lots of common species and my target bird appeared three times, it even landed on a telephone wire but it was much too far away. I filmed it and took a couple of pics but they were useless. 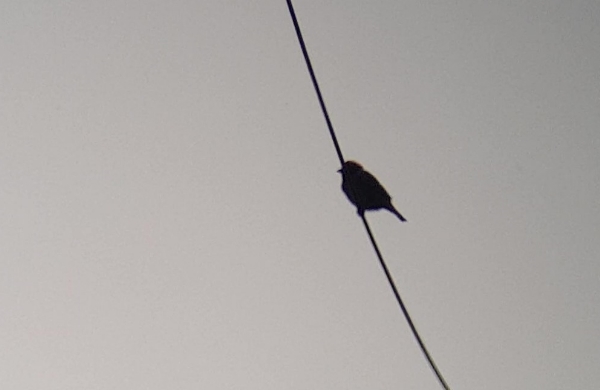 Then I was entertained by a couple of Brown Hares, they march right up to the gate and stopped, they looked up at me as I photographed them. The leading Hare went under the gate and marched off, the second one was too scared and as I started to back off he made a bolt for it back into the field. 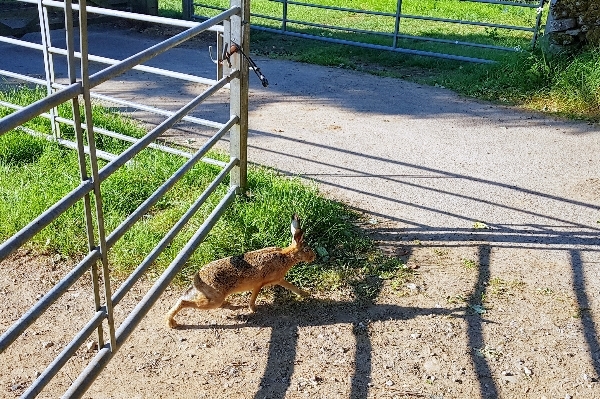 The Hare creeping under the gate 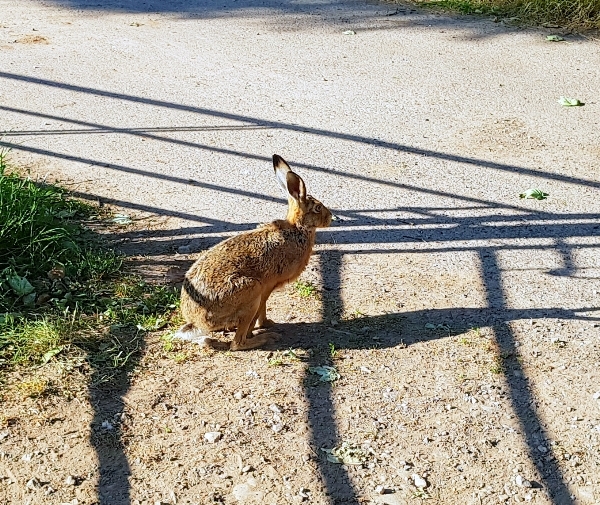 waiting for his mate to get under the gate 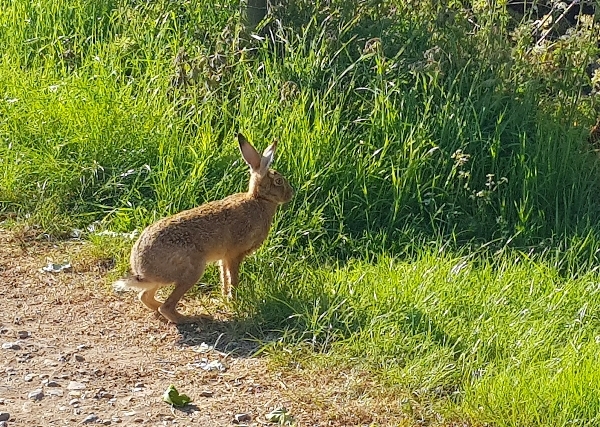 second thoughts from the second Hare

Then a woman appeared from the farm, she had a King Charles on a lead, I asked her about the locked gate. She said I was OK to walk the track and the gate should not be locked. So over I went again, this time that horrible gut feeling had gone. I walked to the site where I had seen the target bird and sure enough it reappeared after a short wait. Shazam, a star bird in the can. 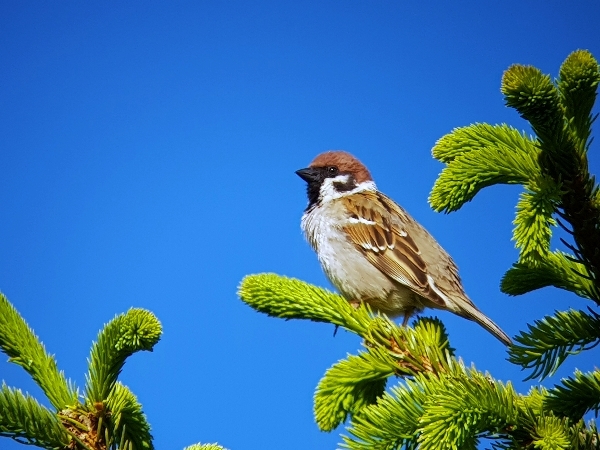 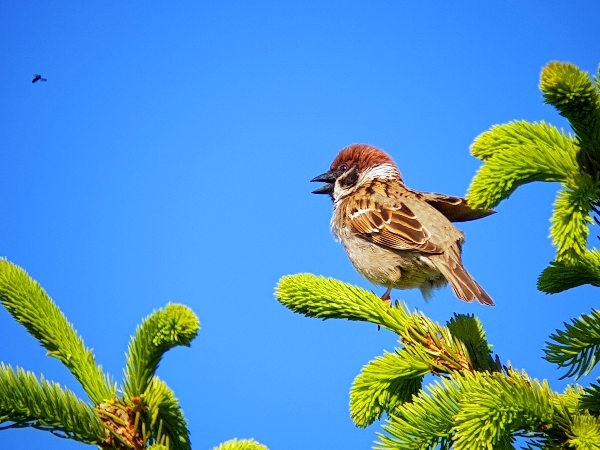 After that I got back into the car and drove to Long Load which was sort of on my way back. I arrived at 9:30. The mist had completely gone, it was a tremendous day. I walked along the banks of the River Yeo, passing through large open meadows where both sheep and cattle were grazing. My target bird here was YELLOW WAGTAIL, but after an hour I never saw a single one. I did see Kingfisher, Great Cormorant, Moorhen, Mute Swan, Sedge Warbler, Common Swift, Barn Swallow and lots of corvids. 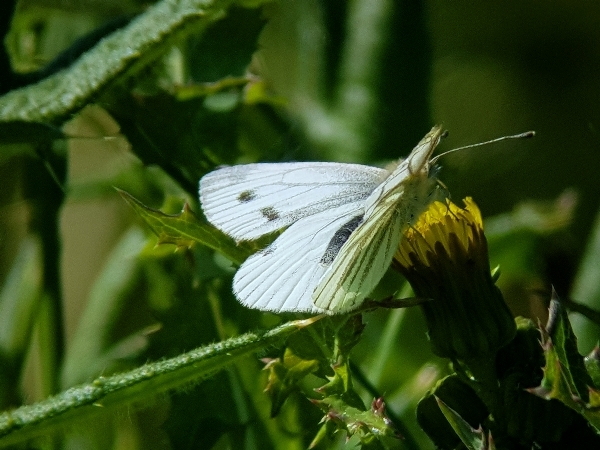 A few butterflies were on the wing, I saw plenty of Small Tortoiseshell, also Green-veined White, Large White and Peacock Butterflies.  Lots of Demoiselle Damselflies were joined by a few dragonflies and hundreds of Mayflies. 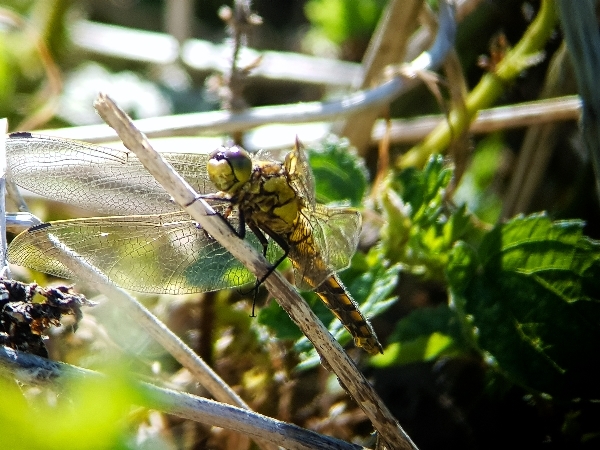 I got home about 11am and after lunch Dawn and I went for a walk to Ryme Intrinseca, a small village about 2 miles from our home. It was a lovely walk we never quite made it to the village. Again we saw plenty of butterflies, lots of Peacocks, Small Tortoiseshells and to my great delight we saw a CLOUDED YELLOW BUTTERFLY. This migrant from Europe sometimes breeds in the UK, this one looked as fresh as a daisy, really well marked. I wonder if its the first for Somerset this year?? 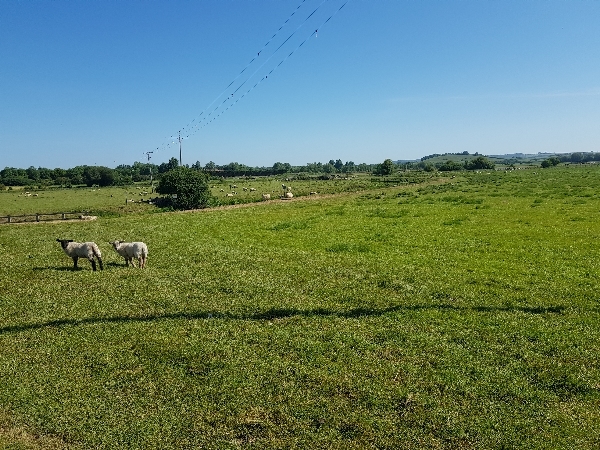 the landscape at Long Load

We didn't see much else and we got back home around 4:30pm. Dawn poured us both a tonic, without the gin, we sat out on our bench in the fading sunshine to round off our day number 73.