WEATHER; perfect once more, clear blue sky light breeze. Later the wind picked up and it got much warmer, 26C

It had to happen, yes the day had arrived when I set out just to see the dreaded CORN BUNTING, my favourite bird that I love to hate. I got up extra early and drove 16 miles to Dorchester, I parked on a side road to the west of the town right next to a bridle way.

I could see the impressive Maiden Castle ahead of me, its not really a Castle but a Iron Aged Hill Fort which was abandoned once the Romans captured it. However it still looks formidable with huge ramparts and deep ditches. 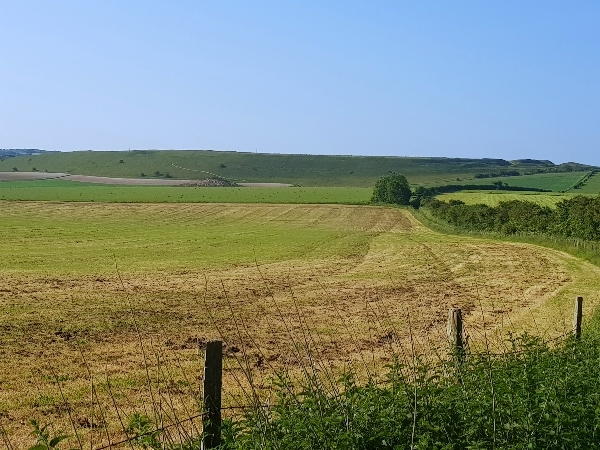 The whole ridge in the distance is the Hill Fort, Maiden Castle

As I walked down the track I could see a field with hundreds of Rooks, Crows and Jackdaws feeding on the turf which had recently been covered in 'muck'. I saw Chaffinch, Common Whitethroat, Wren, Robin, Dunnock and Goldfinches along the hedgerows.

I walked for about a mile to get into the middle of the fields in front of the Fort, a series of public footpaths and bridle ways crisscross the area and allow easy access to most of the fields. Then I saw my target, the CORN BUNTING, it sat on a small bush and waited for me to get the scope set up and the phone into camera mode. Click, click, he was in the can, number 82 on my May list. 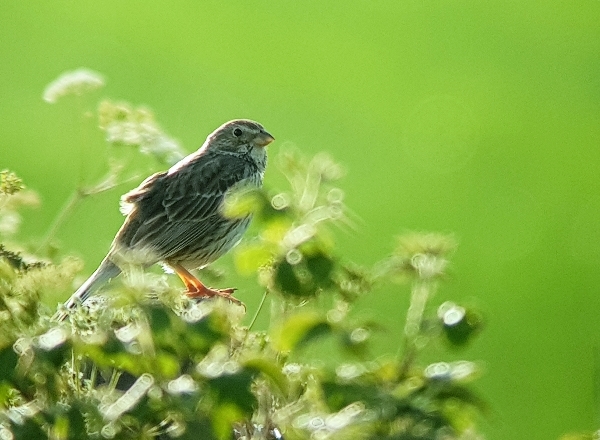 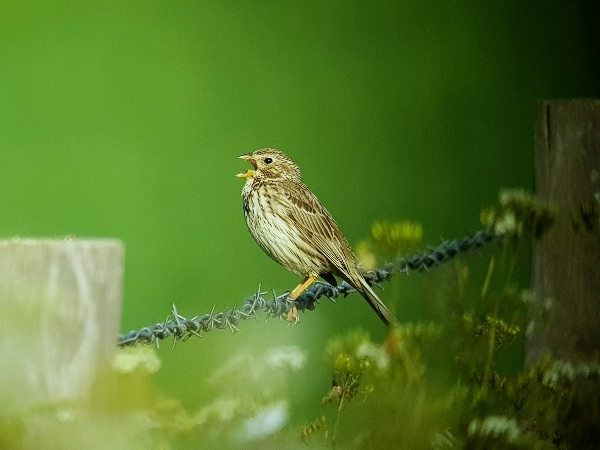 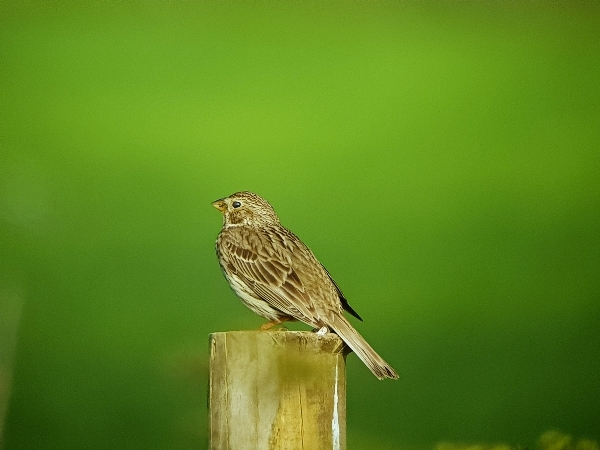 Several more birds were in the vicinity and I took their picture too! A few Skylarks milled about but none of them were as obliging as the Bunting. A flock of 7 Stock Doves flew over and a couple of Common Buzzards sat on distant fence posts. 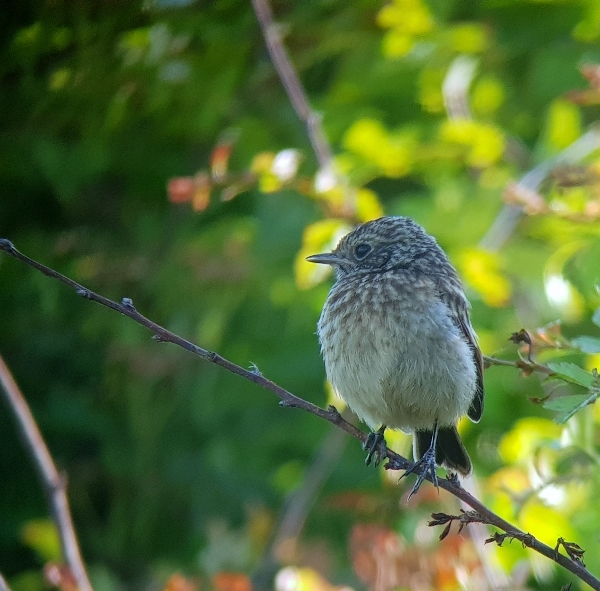 On my way back I bumped into a juvenile Common Stonechat which was also new for the May list, number 83. I waited around to see if any of the parents were around but none showed up. So it was barely 8am and I had my target in the bag, so I set off for Maiden Newton which was a short drive from where I was.

It was a Dipper I most wanted to photograph because during my last visit to the River Frome all I got was three or four fly-passes. I was out of luck again, I never saw a single Dipper but I really enjoyed a lovely walk along the river. 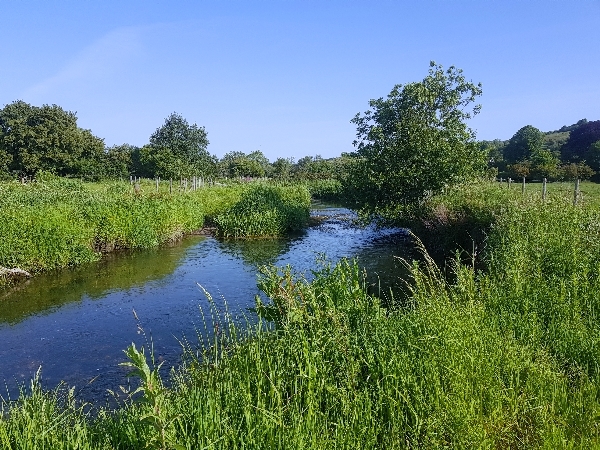 Blackcaps and Chiffchaffs, Sedge Warblers and Garden Warblers were all singing at some stage during my walk. I saw Song Thrush, Common Swift, Barn Swallow, House Martin, Raven and I heard a Green Woodpecker. The best sighting I had was that of a Great Spotted Woodpecker, I heard the chicks calling form the nest hole from quite a distance, they are so loud. 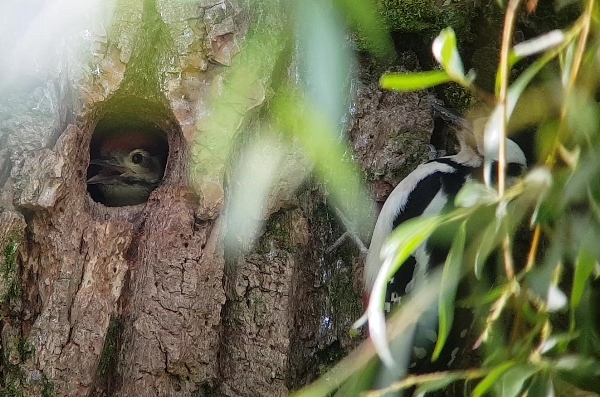 the chick in the nest 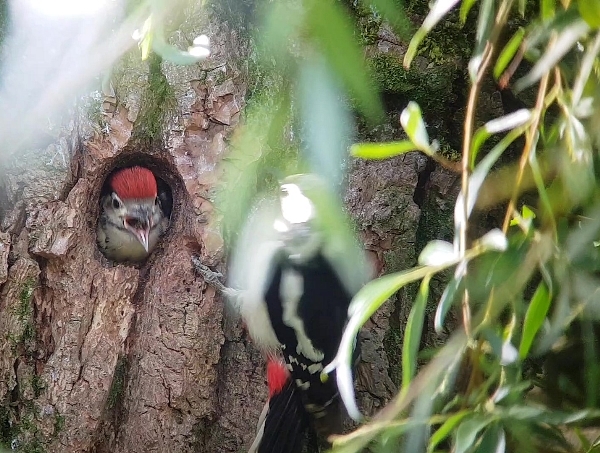 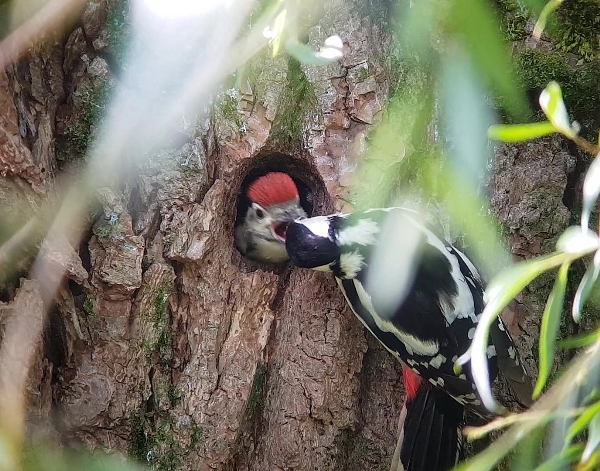 I waited with the scope set up focused on the nest and soon the parent bird came in to feed the chicks, I got a nice little bit of footage and took a few screenshots from the video.

I was back home by 10am, I never went out again but we did sit out in the garden for most of the afternoon.