The last day of May was as good as the previous 30 days as far as birding was concerned. Most of the local guys turned out on parade to see the month out in glorious sunshine.

The meadow outside our garden held several Wood Pigeons and a couple of Stock Doves, the Goldcrest in the Sycamores was calling away as I set off on my walk. Jackdaws, Sparrows, Starlings and a Robin were seen along the road and a Blackcap sang from the hedgerow. 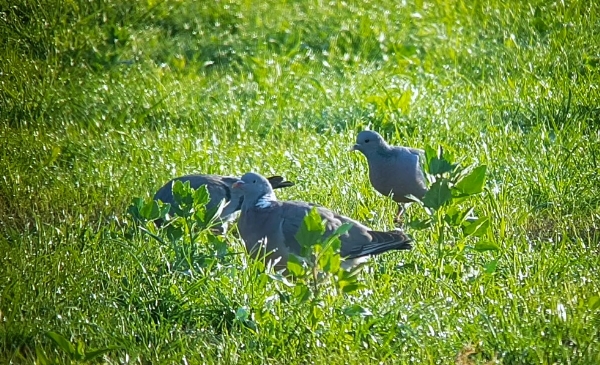 I saw a Nuthatch at the nest site, it was high up in the tree calling which may indicate that they are having a second brood in the nest that they so bravely defended from the onslaught of the Green Woodpecker attacks back in April.

I never spent any time at the Kingfisher's nest and walked directly over to the River Yeo where most of the activity seemed to taking place in recent visits. A Little Egret flew over and a pair of Raven were very voiciferous, I could see why. They were chasing a Common Buzzard and then a little later they themselves were being chased by crows. I saw them land over the brow of the meadow. I headed that way and found the carcass of a ewe, it wasn't there yesterday so it must have died overnight, but it was bloated and the Ravens had opened up the carcass. 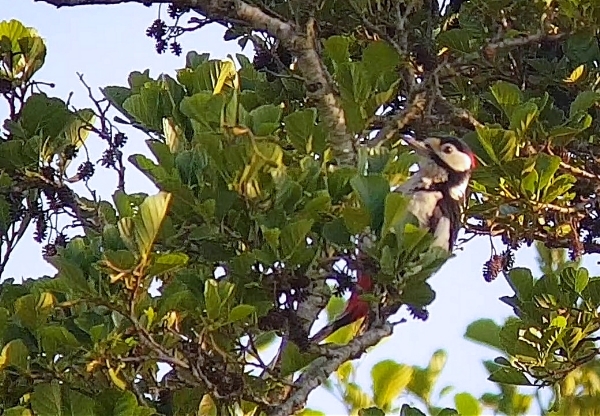 I waited behind a bush for them to return but nothing happened so I moved on. A Chiffchaff showed well at the top of a bush, another Stock Dove sat in a tree and I watched Blackcaps taking food into the brambles where they have obviously nested. 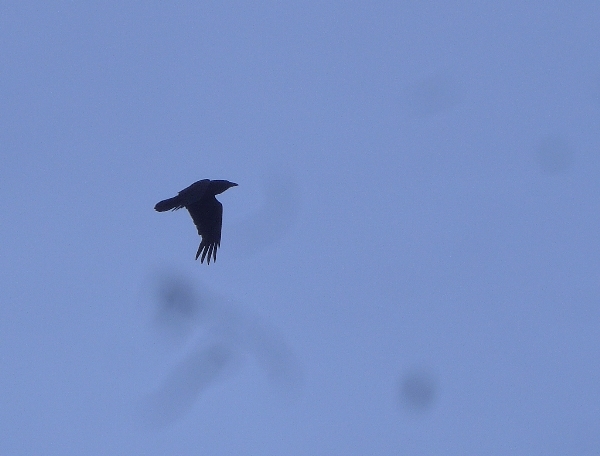 the usual view I have of Ravens in the meadows 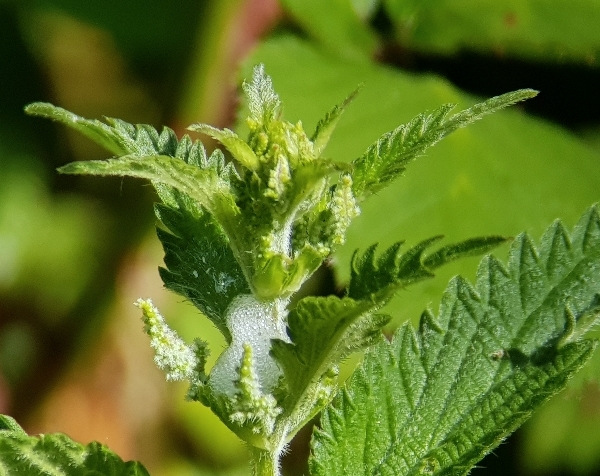 Cuckoo Spit - this is produced by Froghopper insects, this foam like substance contains the sap-sucking nymph which is protected from extreme cold or heat and from predators.

I walked back home over the hill and got back before 10am.

At 11am Dawn and I set off for Batcombe, we intended to sit in one of the meadows at the Hilside NR and enjoy a picnic in the sunshine. It took 10 minutes to get there and we found a sheltered spot to settle down.

At least 3 Willow Warblers were singing around us and soon we discovered a pair of them taking food down into the grass. I watched them for quite a while and got a few good pictures. I also saw Mistle Thrush, Chiffchaff, Goldfinch and garden Warbler. 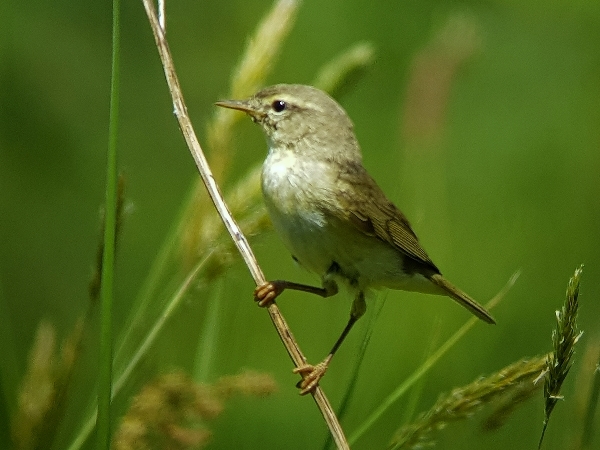 two shots of the Willow Warbler 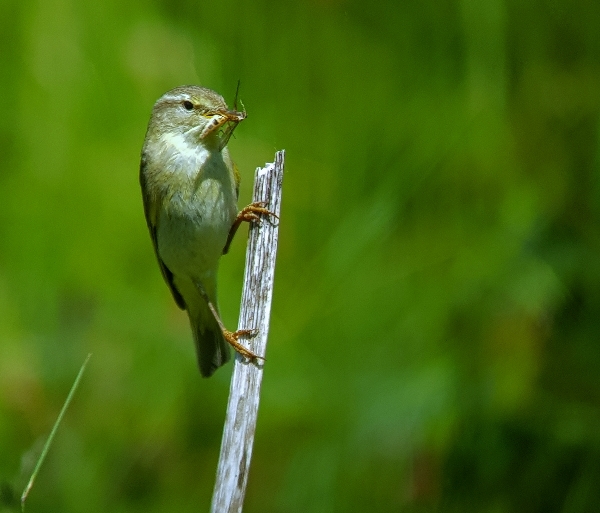 For a while I chased around after butterflies I saw Meadow Brown, a few Whites and a Small Blue that would not settle for more than a few seconds. I also found a Silver Ground Carpet and the extraordinary Hornet Moth which is in the Clearwing family of moths. But again, this superb beast would not settle long enough for me to take a picture. 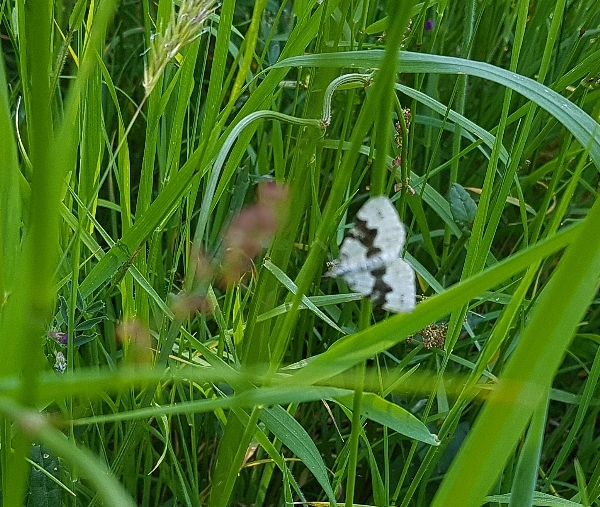 We stayed until 4:30pm and made our way home to finish our outings for the month of May.