WEATHER:  16C  - hazy sunshine, no wind
It was just great to be out walking my local patch along the river and through open grass meadows.
Despite it being a mid-afternoon stroll there was plenty of bird-song in the air;  Robin, Blackbird, Song Thrush, Wren and at least r Great-spotted Woodpeckers were drumming. 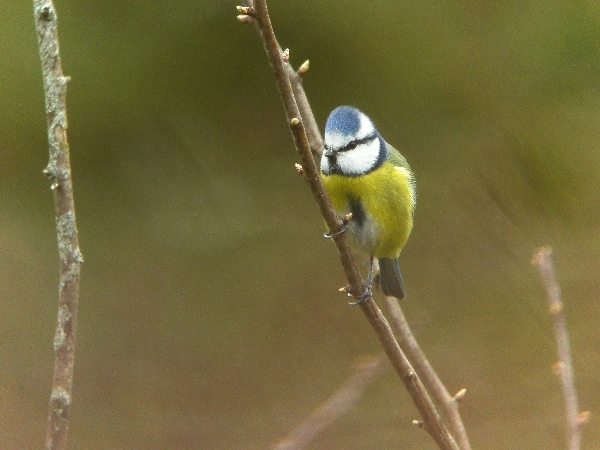 why go to Costa Rica when we have little gems like this on our doorsteps?
I walked about 1/2 down-stream when three Lesser Redpolls 'buzzed' over me, they landed in the nearest trees joining 6 Goldfinches. I stood perfectly still watching them for about 20 minutes and although the light was poor I managed  to shoot off these pictures. 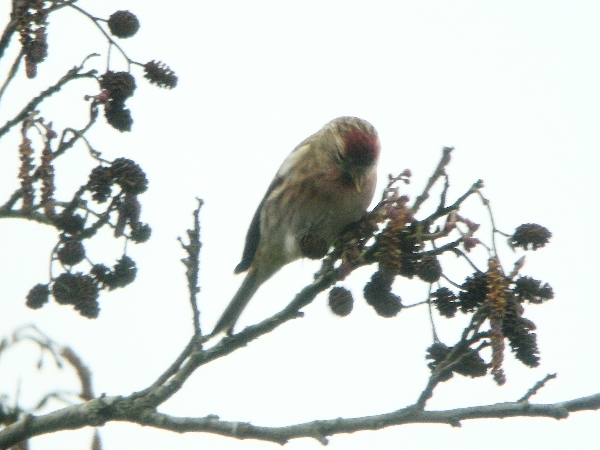 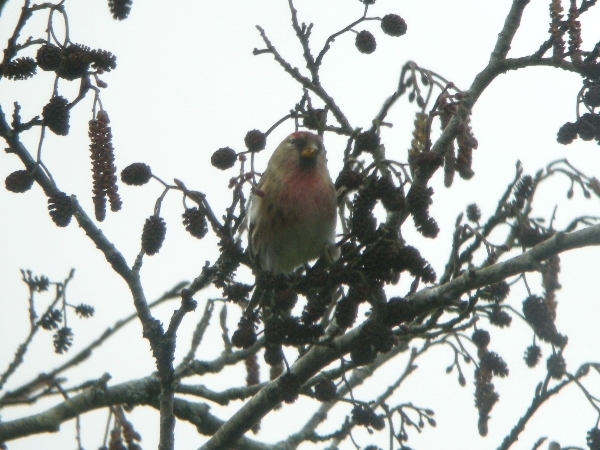 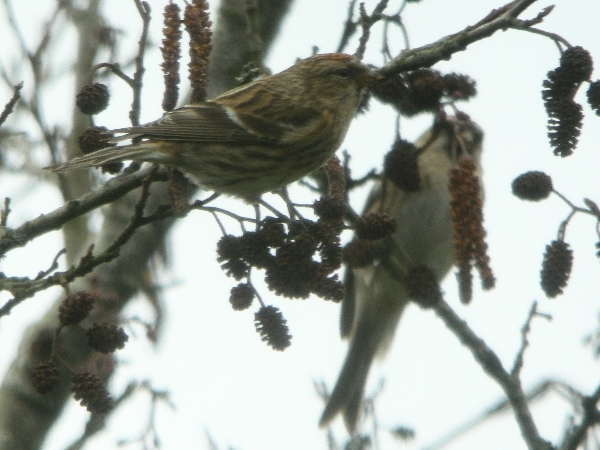 In the same area I saw another flock of some 20 Goldfinches and with them was 2 Eurasian Siskins, both females. Also 6 Long-tailed Tits, 2 Coal Tits and some Chaffinches. 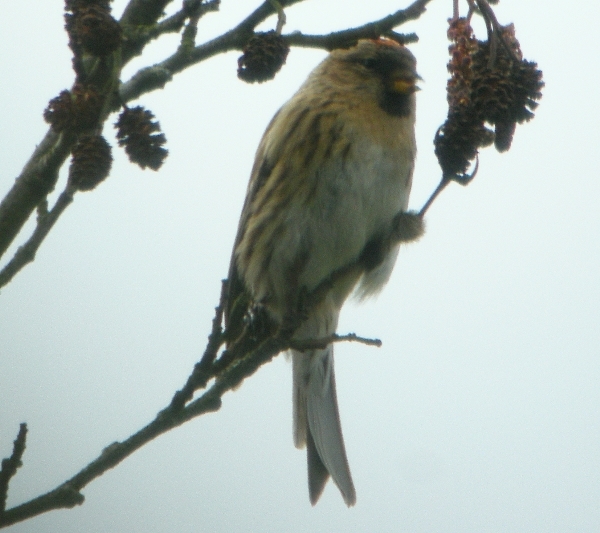 Further along the walk I caught up with one of the Great-spotted Woodpeckers and a Green Woodpecker, also a Goldcrest was nice to see and a mixed flock of 34 Fieldfares and Redwings flew over. A Raven mobbing one of the local Common Buzzards was entertaining.
My final pictures were taken from the hill near our flat, you can see 3 of the Follies, built in the grounds of Barwick House, in 1770 and the extent of the meadows next to my garden - which I call my extended garden! 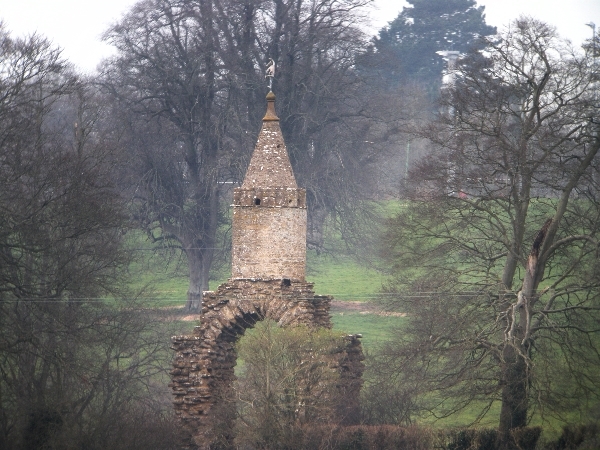 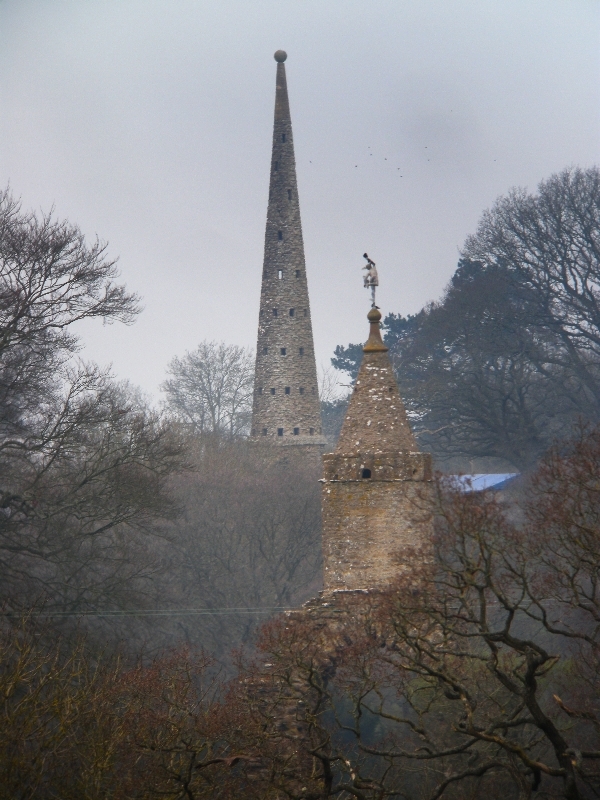 Two Follies - there are four in total - built on the four compass points, all excellent for the local Jackdaws 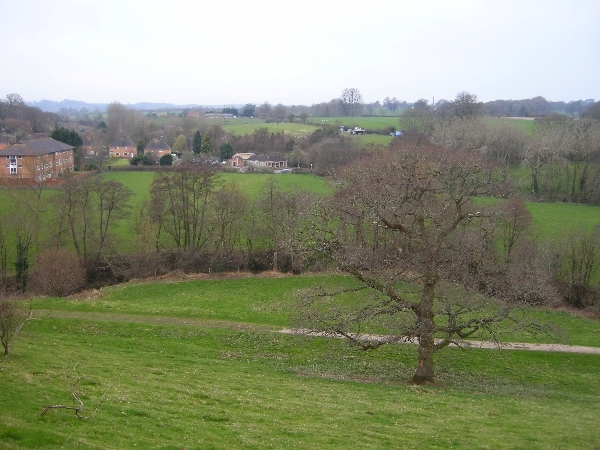 our flat is in the building on the left - you can see the extent of my 'garden'.  In the foreground the small river snakes its way through the meadows, the Alder Trees that line the river banks are the favoured feeding places for Redpolls and Siskins.