WEATHER: Clear sky and no wind, perfect for a wildlife walk

I had to cut my walk short today because Dawn and I had arranged to meet up with the family at a country park near Basingstoke later this morning.

As far as the weather was concerned it’s back to the glory days of April and May, I had wall to wall sunshine and a nice early morning temperature. I walked round to the valley and although lots of birds were singing, I didn’t see too many species. All the local guys turned up, songs rang out from all of them ranging from the diminutive Wren to the great raucous Raven and most of the local birds in between. Blackbirds, Robin, Song Thrush, Dunnock, Chaffinch, Goldfinch, Chiffchaff and Blackcap were all singing. 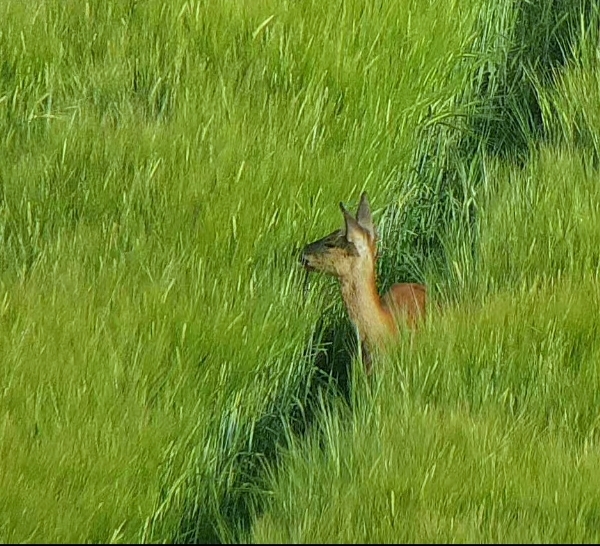 a Roe Deer - taken from top of Rook's Hill

Despite the large number of birds being active I hardly took a photograph until I had walked all the way round to the bramble bank next to the River Yeo. So I have posted three pictures sent to me by my good friend Nigel Bleaken who took them recently in his son’s garden in Gloucestershire. 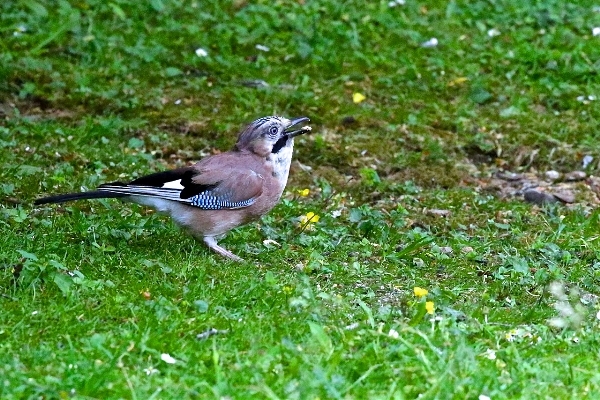 There I spent an hour or so waiting for some of the birds to sit out in the open. I added Stock Dove, Green Woodpecker, Mistle Thrush, Long-tailed Tit, Chiffchaff and Blackcap to the list. I saw a Goldfinch on ‘my’ fence which increased my fence-list to 7 species, wow! 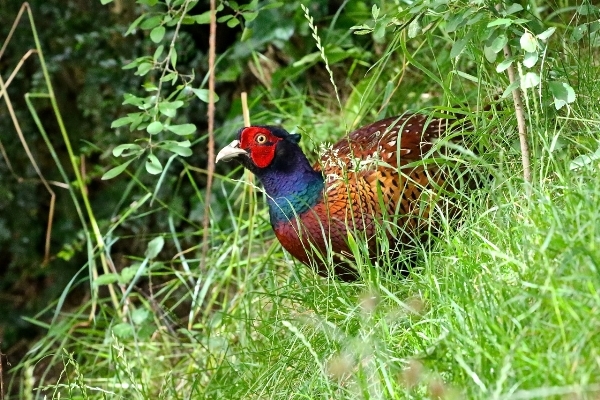 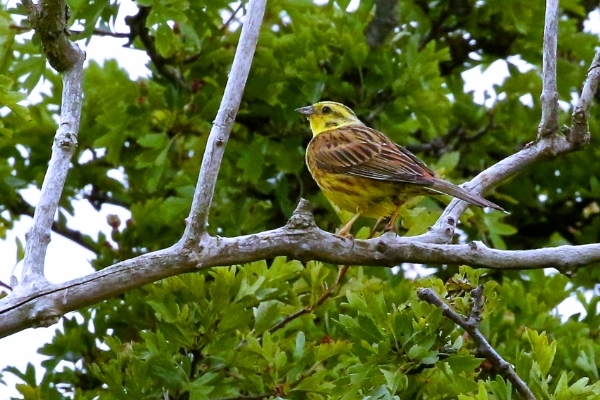 Yellowhammer, Nigel's third picture, remember, these were all taken in his son's garden

It was near the end of the walk when I actually found something to photograph and that was a pair of Goldfinches, although I did see a very distant Roe Deer from the top of Rook’s Hill. 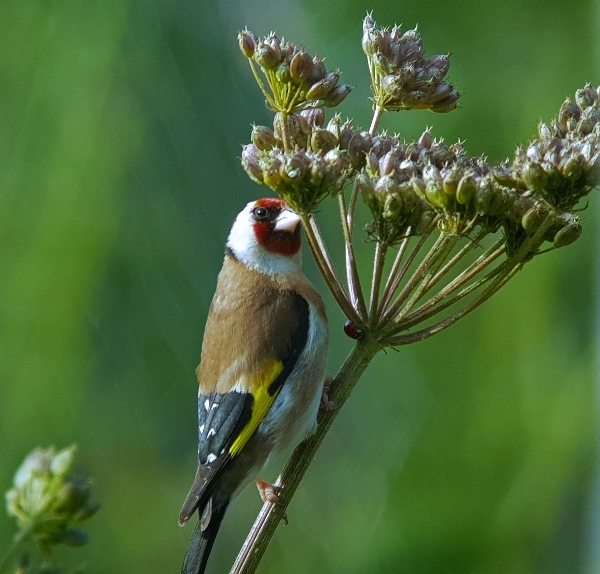 The very last bird I saw was from the road bridge over the stream, it was a Grey Wagtail, a welcomed sight because I hadn't this little fellow for quite a few days. 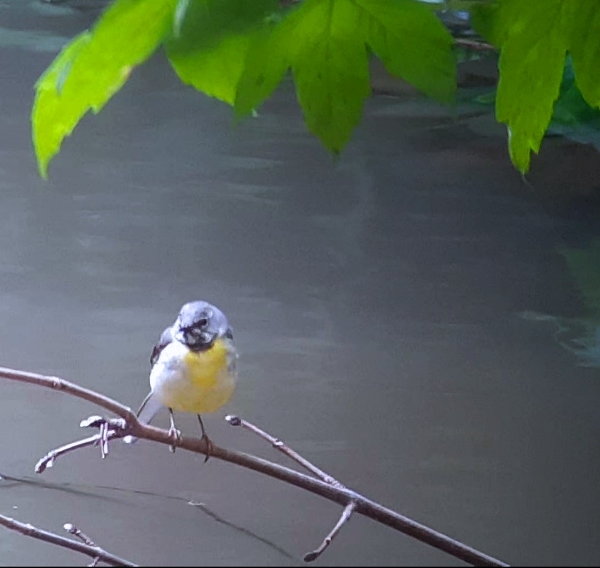