It can't get much worse than this for a birding walk can it!!  Where has our summer gone!

I dragged myself out of the flat and set off into the valley, a low misty cloud hung over the valley like a death sentence, the only consolation was that there wasn't any wind, the air was as still as death itself. 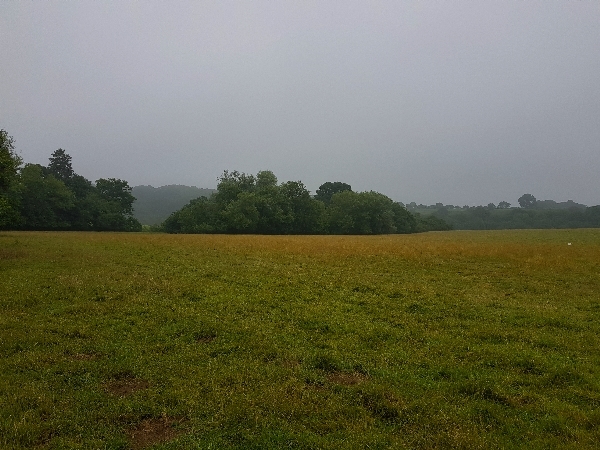 I was pleasantly surprised to hear so many birds singing in the rain, how nice was that? Blackbirds, Robins, Wrens and Dunnocks all sang to me during those first few hundred meters.

Along the stream, Wren No. 2 was collecting nesting material, here we go again, yet another nest being constructed and probably never to be used. The Woodpecker nest was deserted, they had fledged at last. Yesterday afternoon I was sitting in ther garden drinking my afternoon coffee when a great commotion started up in ther trees across the meadows. I heard at least three Green Woodpeckers calling and saw two of them, perhaps this was the family just fledging, it did cross my mind. The nest site was only a couple of hundred meters away, so it could have been. Anyway they have gone from the nest hole now. 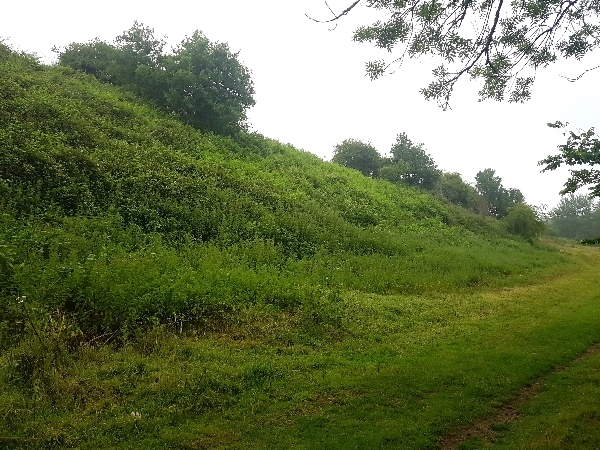 part of the bramble slope

I walked the next mile or so without getting the scope off my back, it was dour stuff out there. Blackbirds and Song Thrushes kept the singing going and spurred me on.

Most of my three hours spent out in the valley was standing under a beech tree watching the activities in the brambles on the slope of Rook's Hill. I heard and saw both Blackcap and Chiffchaff singing, also another couple of Wrens, a Chaffinch and a second Robin. 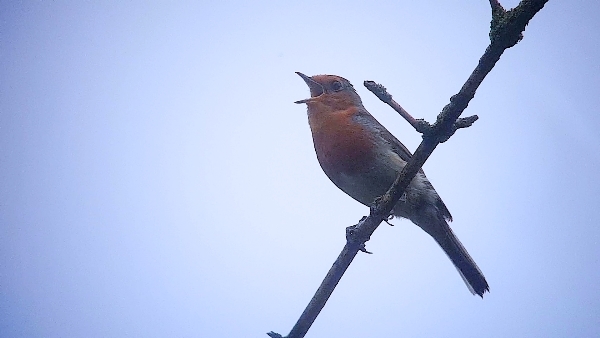 I watched the antics of a family of Great Tits in the bushes and a fledged brood of Wrens were being well looked after by their parents, having food brought to them on a regular basis. A Jay called, I waited quietly and it did pass by me but never stopped for photographs. 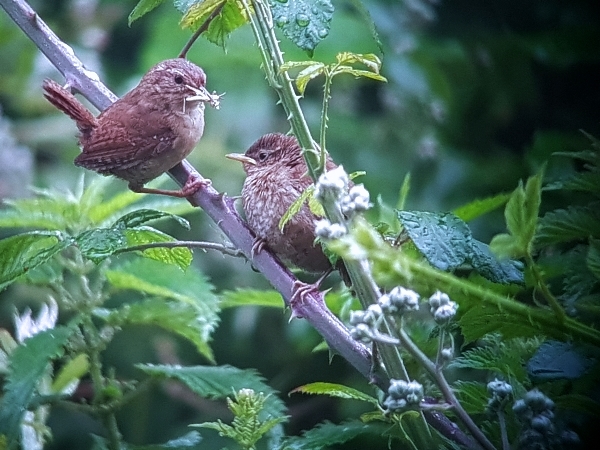 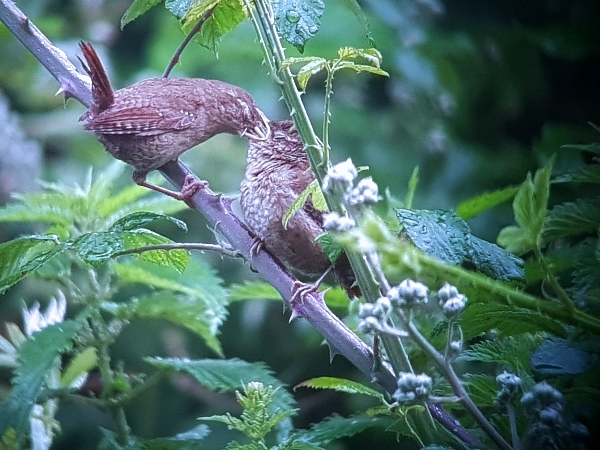 It was funny to watch a Fox walking nonchalantly along the path towards me without a care in the world. He looked left and right and he got very close to me before he looked forward and saw me. Wow, I never saw such a scaredy cat, his eyes bulged and he turned tail and ran, quicker than you could say "Fox on the run". 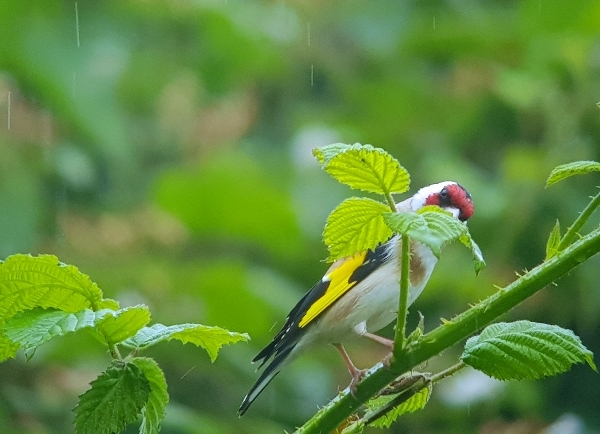 I can see you!!  A ray of sunshine in the gloom

Well, I don't have anything else to say, I was quite chilly, very wet and dying for a cuppa, so off I went. The only problem with standing a field occupied by 300 sheep for 3 hours is ticks. It is now the peek season for tick transmission, I found 10 of them buried in various parts of my body when I got home, ugggh!  Dawn.......where are the tweezers!!!

Two pieces of news from friends, clients, readers of the blog:        First: Kevin Jones provided me with the correct name of the Moth from Monday's Blog it was a "July Belle" - thank you Kevin.

Secondly:   Paul Edlin sent me this picture of a Tree Pipit just to remind me of what they look like........thank you Paul, nice picture 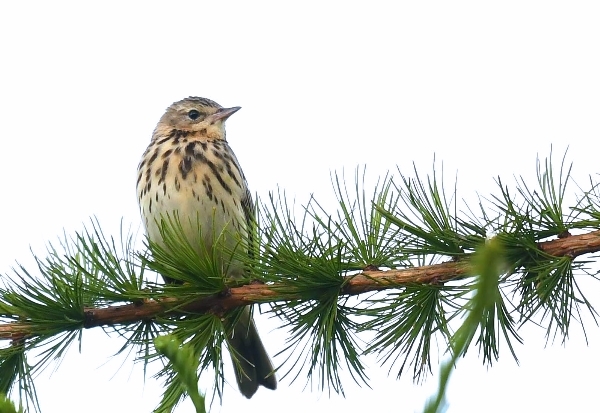