WEATHER: clear at first, then cloudy for the rest of the day, a chilly breeze persisted throughout. Temp 12-15C

I knew August would start producing more migrant species and the first newcomers turned up at Sutton Bingham today, but first I spent a couple of hours in Yeo Valley.

It was a bright start and for the first hour 6am – 7am there was a lot of sunshine and a light breeze but it was chilly out there. I heard a Robin singing for a short while and both Common Buzzard and Green Woodpecker called as I made my way onto the farm track and into the valley. As I walked along the path beside the stream I concentrated on listening for Nuthatch and/or Treecreeper but none called, I did hear Common Pheasant, Carrion Crow and Great Spotted Woodpecker. 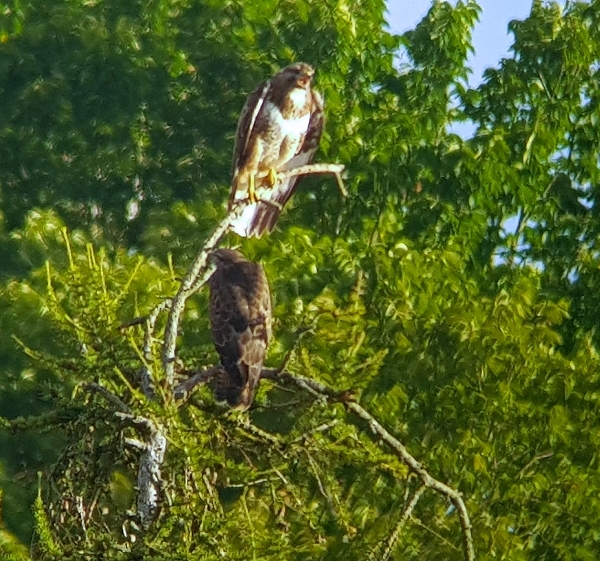 A couple of Jays moved noisily through the tree-tops, they never stopped to pose for a picture neither did the Great Spotted Woodpecker that was calling. My walk was limited this morning because Dawn wanted the car to go shopping so I cut out much of the stream and river Yeo walk and headed along the hawthorn hedge to the northern slope of Rook’s Hill. 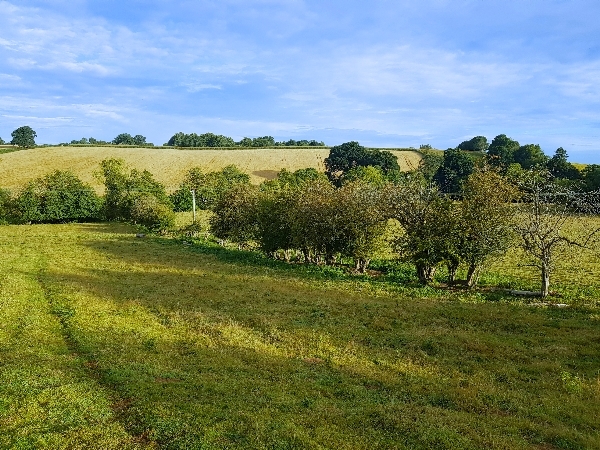 My vigil from the slope produced very little, the dead tree produced nothing and the fence was barren. I did see Chiffchaff, Goldfinch, Blue & Great Tits and I saw the Jays again flying up to the oaks at the top of the hill. Before I left to walk up the slope I heard the twitter of a Greenfinch, my superb stalking skills let me down once again and I flushed the bird before I got my phone to my scope, doh!!! 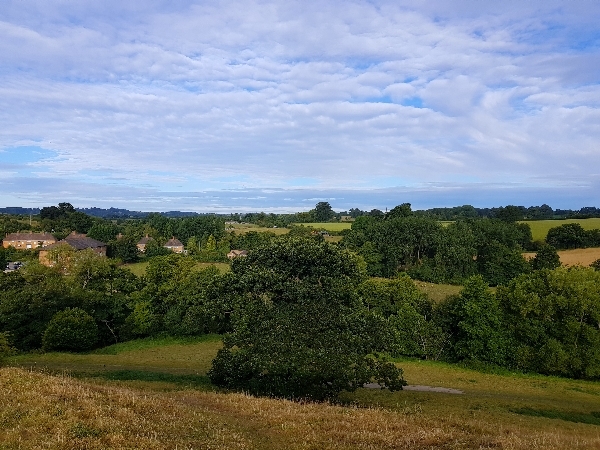 view from the top of the hill. In the centre of this picture and just above the horizon there is a hot-air balloon 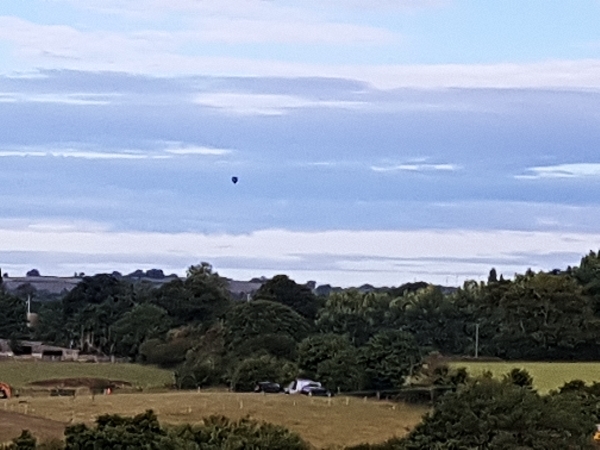 here is the balloon at 30X magnification 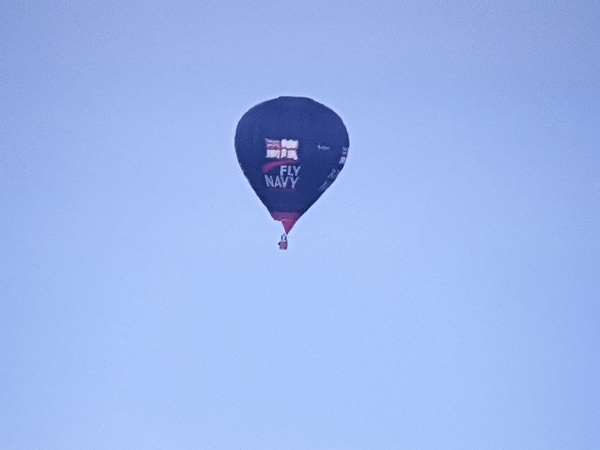 As I reached the summit of the hill a Sparrowhawk flew over me from my right, it disappeared behind the row of oaks but never came out the other side, so I assumed it had landed. I stalked again, this time I saw the bird before it saw me, I got the scope in position and the camera poised when a Jay flew at the hawk and made it jump up to a higher branch, then 3 more Jays arrived and a chase ensued. Having no chance of getting a picture I just watched the birds until the hawk had enough and flew off. In the meantime, three Stock Doves tried to land in the same tree but were put off by all the commotion.

I got back home at 8am with time enough to shoot around to Sutton Bingham Reservoir for a quick visit. My first stop was on the causeway where I scanned both the northern end of the reservoir and the west pool on the other side of the road. Nothing new or too exciting was seen on the main body but on the west pool I saw Green Sandpiper, two Pied Wagtails and I heard a Nuthatch calling from the railway siding. A large group of Mallards were milling about on the shore of the west pool, I didn’t give them more than a quick glance which was an error as you will find out shortly. 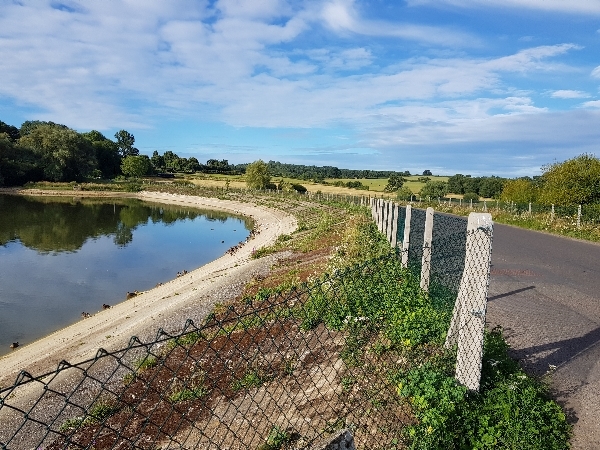 looking south from the start of the causeway

At the southern tip it was quite apparent that the water level had dropped quite a bit, the small pool where all the sandpipers were usually feeding at the very southern tip was now dried up. On the ‘new’ southern bank I saw two Green Sandpipers, two Common Sandpipers and some new arrivals, 5 Eurasian Teal. Also present was 5 Mandarin Ducks, 3 Grey Herons and a host of Mallards. 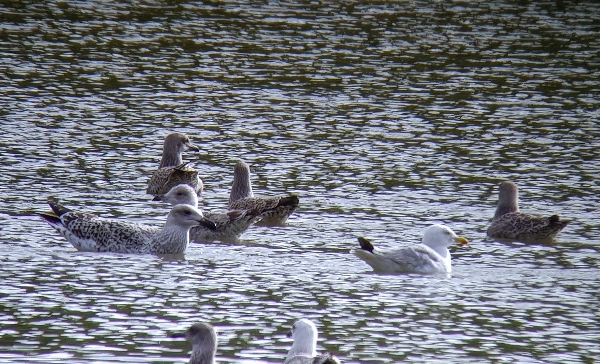 can you spot the juvenile Great Black-backed Gull here?

Just before I left Tim Farr arrived and told me that he had just found a Garganey on the west pool in with the Mallards. These were the Mallards I had looked at 15 minutes before,  Doh!!! for the second time today,.

So off I went back to the causeway where I found the Garganey sitting in the midst of the Mallards, nice one Tim.

here are three record pictures of the distant Garganey 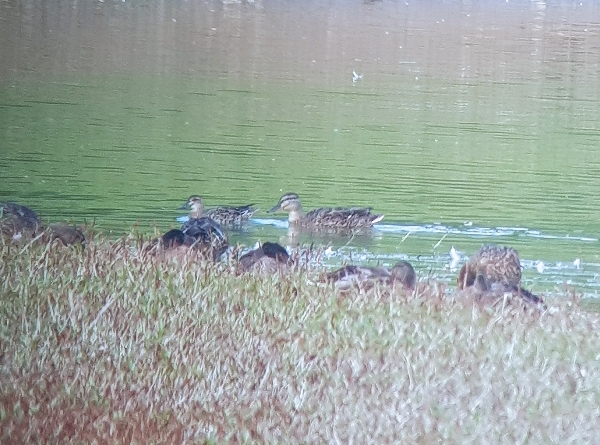 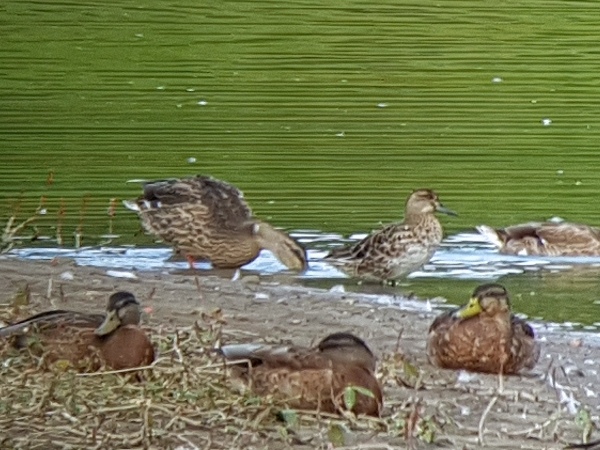 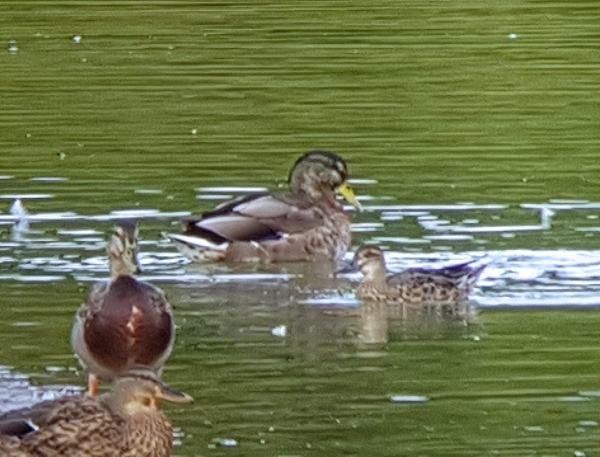