WEATHER: heavy cloud cover, poor light, drizzling rain at times, not quite as bad as yesterday but close. Temp 15C

The light was really poor first thing so I delayed my walk until 7am and because it was really quiet in the valley I cut my walk short and returned before 8:30am. 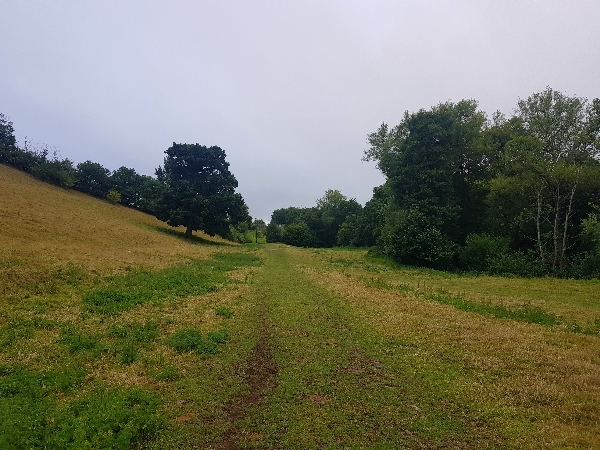 The sheepless track into the valley

The quietness of the valley really hits you now that the sheep have been taken away, I really miss them because now I have no-one to talk to. Still at least if any bird calls I have a much better chance of hearing it now, but today not many did that. A Robin sang very briefly, Wood Pigeons are still calling and both of the regular woodpeckers make themselves heard every few minutes. 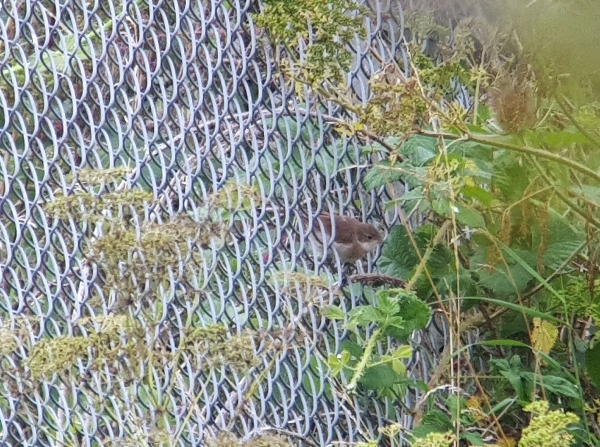 record shot of the Common Whitethroat on the fence

I walked down the central track and veered off at the hawthorn hedge to make my way up the slope to the northern end of Rook’s Hill. A high-flying Mallard went over, then a Herring Gull and from the top of the slope I scanned the wheat fields. One of the fields has sections of maize growing around the borders and I could see a large number of hirundines feeding over it. Mainly House Martins but also some Barn Swallows there must have been about 50 birds.Looking down the eastern side of the slope I saw a Grey Heron fly up from the River Yeo and a female Mallard with six chicks trailing behind her, it was nice to see that all the chicks are still surviving, they looked healthy and well fed. 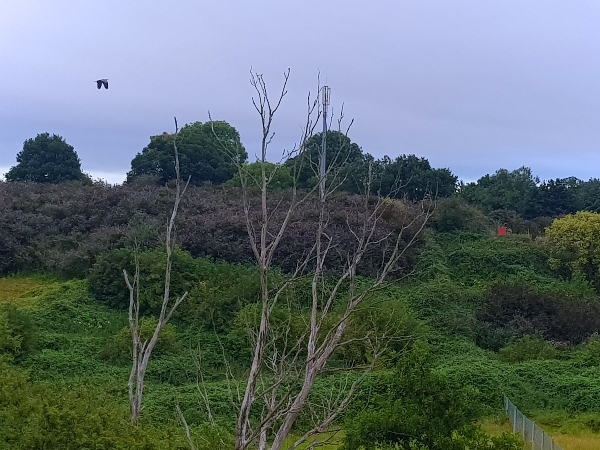 The Grey Heron flying away behind the dead tree

I stood for while in drizzling rain and watched for activity in the large dead tree and along the wire fence. A few Goldfinches perched up high in the tree, as did a Green Woodpecker shortly and a Common Whitethroat fed along the fence. I walked right down to the river and found three juvenile Bullfinches flitting about and calling to one another, I’m happy to see that they have bred on my patch. Other sightings included Common Chiffchaff, Chaffinch, Wren (singing), Dunnock and Robin. 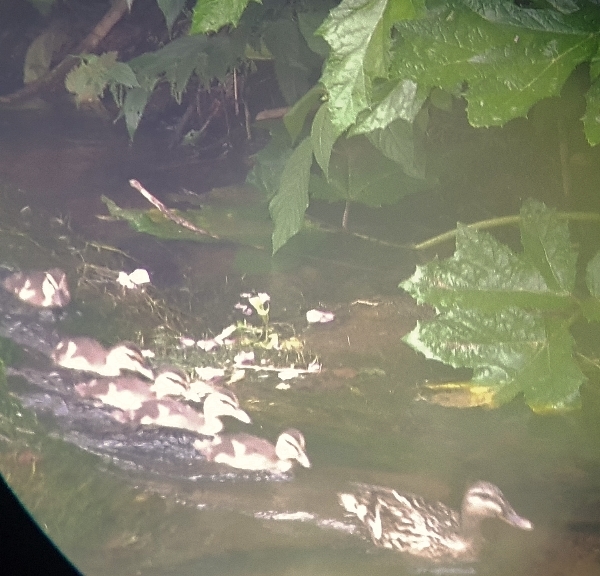 a wierd record picture of the Mallards

Walking back home over the top of Rook’s Hill I saw two Mistle Thrushes up ahead of me, they landed on the ground before flying up to the top of an oak tree, That concluded my birding on the patch for today other than during my exercise walk through the village produced Collard Dove, House Sparrow and lots more Jackdaws. On the garden feeders I saw Blue & Great Tits, Chaffinch and Goldfinch. 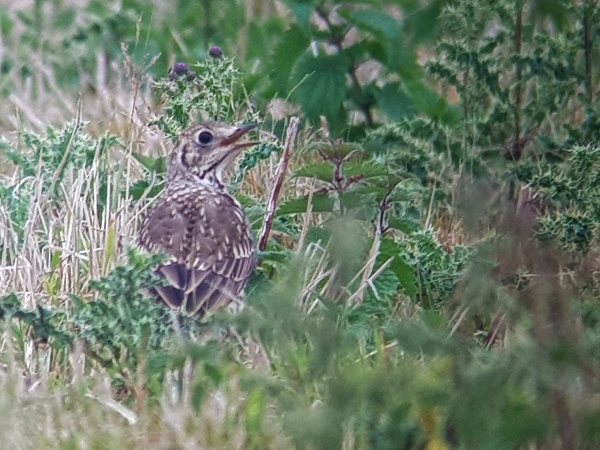 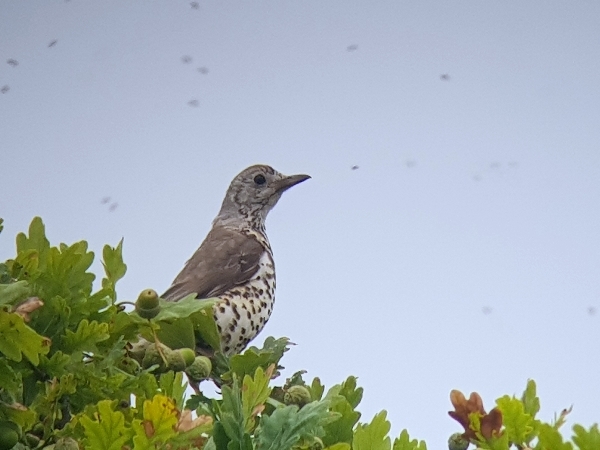 Mistle Thrush - those black specks are not marks on my lens, they are flies

My visit to Sutton Bingham Reservoir was also short and sweet, I stopped on the main causeway to scan both sides of the road, one Little Egret, Pied & Grey Wagtails were the only birds of note on the west pool and I could see nothing out of the ordinary on the main body of the reservoir. 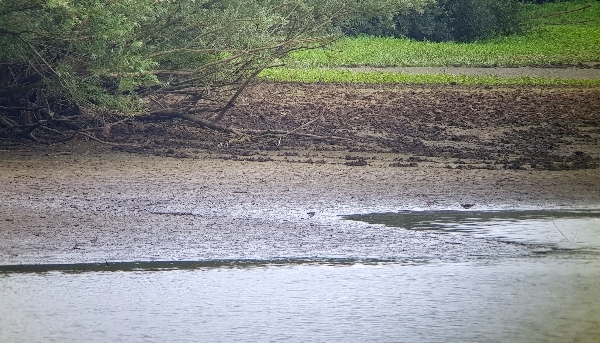 At the southern tip I scanned the muddy shoreline and saw two each of Green and Common Sandpipers, a single female Teal and a single Mandarin Duck. Four Grey Herons and a small number of Great Cormorants joined the throngs of Mallards and great Crested Grebes. The rain drove me off home around 9:30am.