It was a butterfly day today, a couple of hard to find and scarce insects were on my most wanted list and today I went after them. I had an accomplice in the shape of Guy Campbell, my birding and butterfly pal from Yeovil.

We met up at 10am in Yeovil and drove the 23 miles to FONTMELL DOWN NATURE RESERVE which is found a few miles southeast of Shaftesbury near Compton Abbas Airfield. The weather was perfect, hazy sunshine, a nice cooling breeze and very warm temperatures. The nature reserve is one of the most scenic areas I have seen this year and consist of a very steep, South-facing escarpment that drops a couple of hundred feet into a ‘bottom’ (valley). 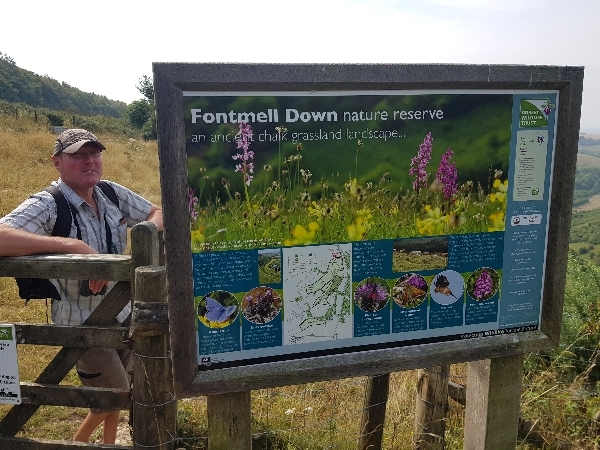 The main man, Guy at the entrance gate.

The main escarpment is huge it stretches a mile or so and has short turf with a myriad of wild flowers, many butterfly species ae found there including  one of my most wanted – the SILVER SPOTTED SKIPPER. As we made our way down to the escarpment from the car park we noted Yellowhammers, Linnets, Common Stonechats and a few Jackdaws. Once on the terraced hillside we started seeing plenty of butterflies, mainly Meadow Browns but also Small Heath, Gatekeeper, Brimstone, Common Blue, Brown Argus and Chalkhill Blue. 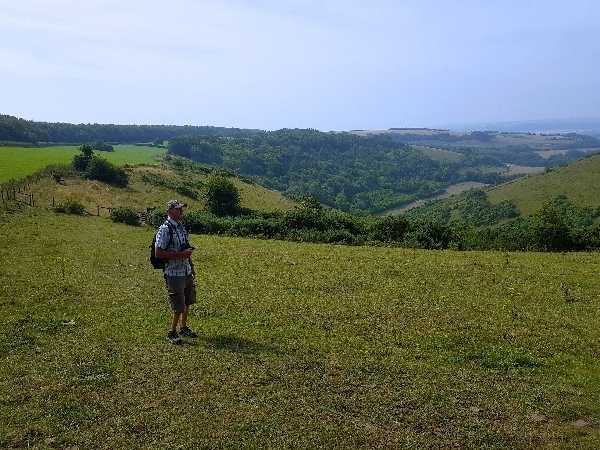 We had been there about 30 minutes when we bumped into someone Guy knew and together we walked along the pathway towards the centre of the hillside. Soon we were seeing the odd Skipper fly past us, the Large Skipper was quite common but then we saw our first SILVER SPOTTED SKIPPER. Wow, a UK lifer for me. Before long we had many sightings but getting a picture of one was another story, the little beauties would not stay still they were so active. 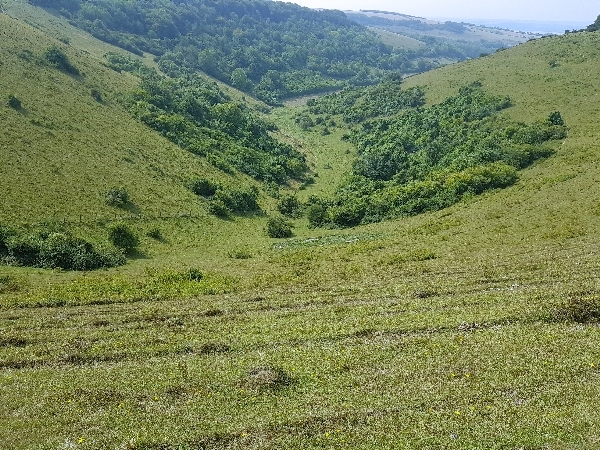 the photgraph does not do this beautiful place justice

Eventually our patience paid off and we all managed to get the Skipper in the can. We added Dark Green Fritillary to the list but failed to photograph the Chalkhill Blue, they were also very skittish. We sat and ate our picnic lunch on the hillside and during the next hour we noted a few more birds. A Green Woodpecker flew from way down below us to a fence nearby and a Yellowhammer joined it, we noted a few Willow Warblers in the scrub above us, some of them were juveniles in their bright green and yellowish plumage. We searched the sky for a Red Kite but only came up with a Common Kestrel. 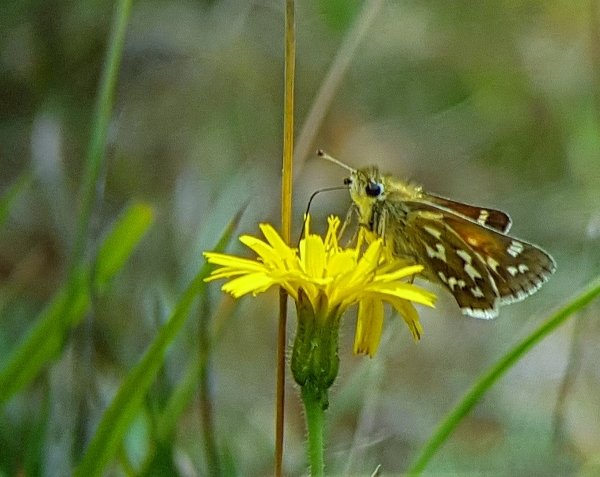 We left the wonderful Fontmell Down around 1pm and drove back towards home but turning off at Henstridge and making our way to Alners Gorse Nature Reserve instead of going back to Yeovil. We intended to look for the BROWN HAIRSTREAK once again, this would be my third and final attempt at seeing this very elusive insect. 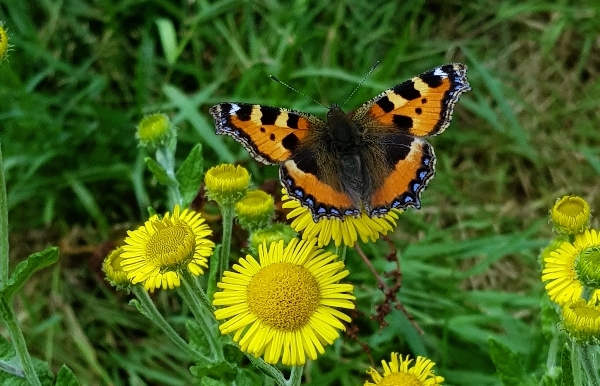 It was very humid and cloudy at Alners, but the temperature remained high. We searched all the ‘good’ spots for the butterfly and we once again bumped into some people that knew Guy. They hadn’t seen the Hairstreak and after a couple of hours neither did we!! 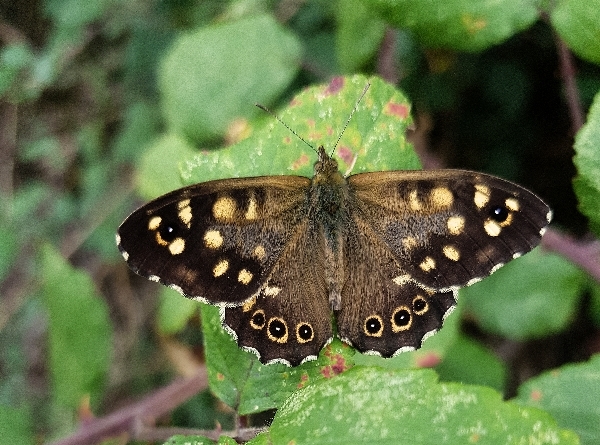 We added Small Tortoiseshell, Silver Washed Fritillary and Speckled Wood to the day list and I had a brief glimpse of a Purple Hairstreak in flight. A few birds appeared in the bushes too, a family party of Spotted Flycatchers dashed out and back again from one area where we also saw Long-tailed Tit and then both Nuthatch and Treecreeper appeared in quick succession. 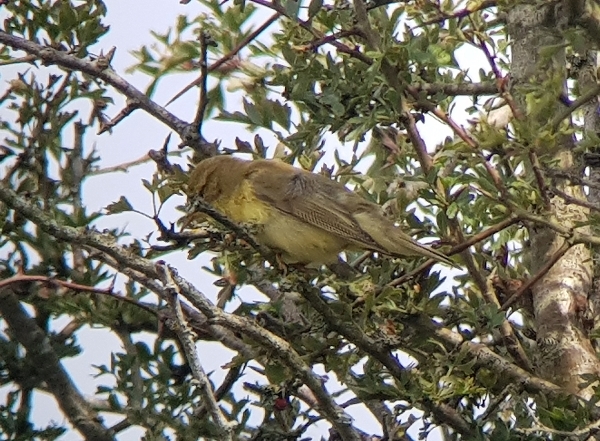 a record shot of one of the Willow Warbler seen today

We left the area before 4pm, I left just before Guy and as I drove through the village of Kings Stag I saw a Red Kite circling over the road, it was a lovely sighting to finish off my day. I was home just after 4pm.