It was a misty morning. Perfectly still, some humidity and lots of cloud. None of the forecasted torrential rain or thunderstorms materialised but the light was pretty bad all day. I went out at 7am and took my usual walk into Yeo Valley and it wasn’t until I reached the second meadow that I started to see a few birds. 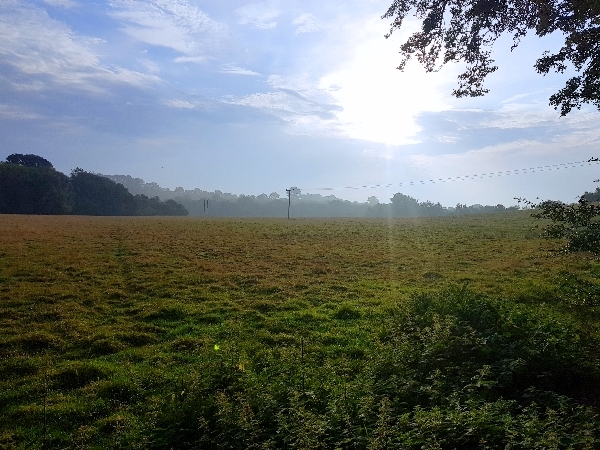 A Common Pheasant ran ahead of me before flying over the stream, a Great Spotted Woodpecker called as it flew up the hill and several Crows and Wood Pigeons flew over. As I walked around a large clump of Blackthorn bushes I noticed some movement above me, a lot of fluttering was going on. I saw a small nest about 12 foot high and then I saw what I thought was a chick hanging out of the nest, I assumed it had fallen out and was struggling to get back in. On closer inspection I saw that it was in fact an adult Goldfinch and its leg was tangled up in its own nesting material. It took nearly 10 minutes to release the bird, I had to use a stick and carefully dismantle part of the nest, the bird happily flew off. 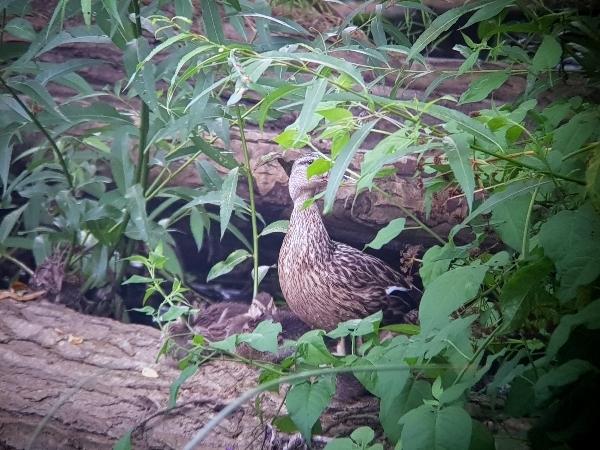 So my good deed for the day was done, I walked over the north slope of Rook’s Hill and scanned the river Yeo, I saw the Mallard family, last week a female was taking good care of 8 chicks, today those chicks had grown in size but their numbers had shrunk to 4. In the dead tree on the other side of the river I saw 18 Goldfinches and a single G S Woodpecker. 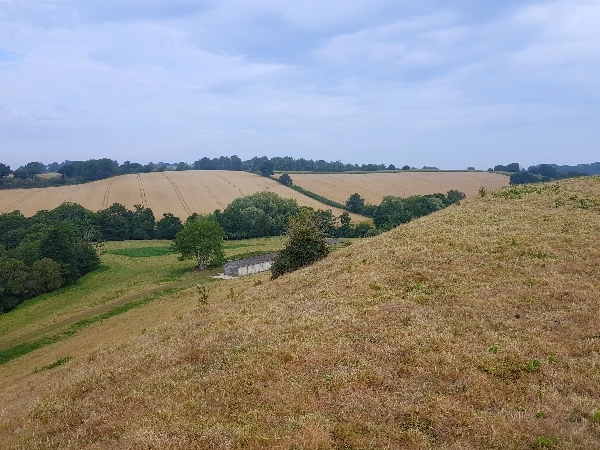 a view from the top of Rook's Hill

Other sightings near the river included: Chiffchaff, two juvenile Bullfinches, Greenfinch, Linnet, Stock Dove, a Jay called and so did a Wren. My walk back over the top of Rook’s Hill I flushed a Green Woodpecker from the grass and groups of Swallows and House Martins circled over the hill. Birds seen in the meadow from the garden were few, I saw two Common Buzzards, the adult was eating a Rabbit and the juvenile was calling for a handout which it never got. 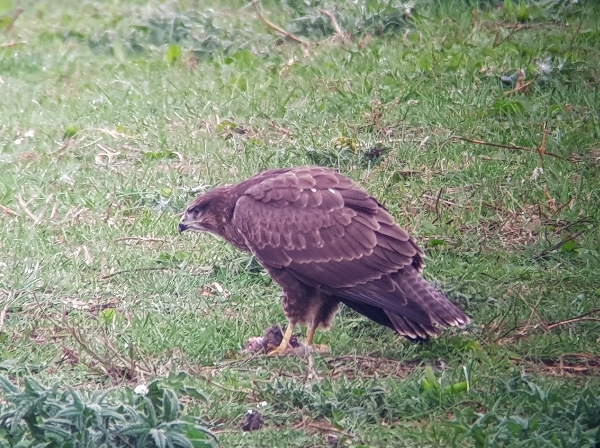 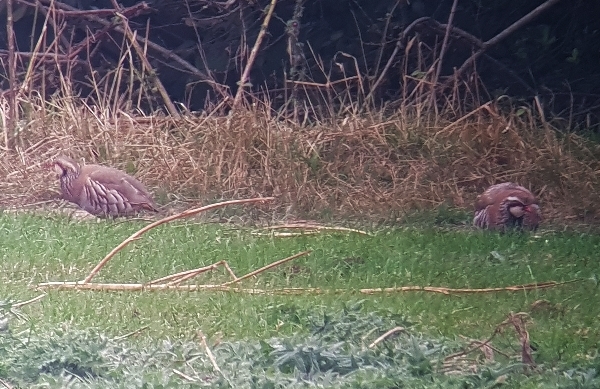 Two Red-legged Partridges were also in the meadow

During my walk through the village a little later on produced Common Starling, House Sparrow and Collared Dove but once again there was no sign of the local Swifts, they have definitely gone.