A DAY OUT AT FERRYBRIDGE, PORTLAND AND WEYMOUTH

WEATHER: atrocious, very wet and misty for most of the day. Brighter later in the afternoon.

My good friend Nigel Bleaken needed a day out after looking after his granddaughter for a week, he was exhausted and needed a birding break. So we arranged to visit Weymouth and Portland, he drove down from Chepstow, collected me and we headed off to Ferrybridge. It rained most of the way and during parts of the journey we travelled through thick mist. 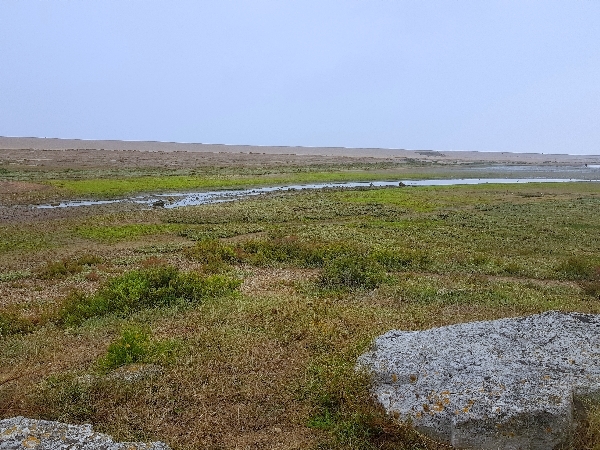 Ferrybridge, part of Chesil bank in the background 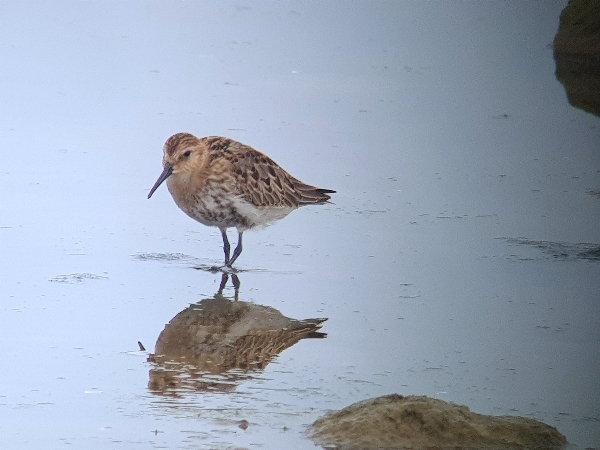 At Ferrybridge it was very still and calm with no rain, we had a very pleasant hour scanning the mudflats and the grassy slopes of Chesil Bank. Hundreds of waders were out on the mudflats, we estimated equal numbers of Dunlin and Ringed Plover around the 200 mark each, there was also half-a-dozen Oystercatchers and a couple of Turstones. The Turnstones had very contrasting plumages, one was in its summer gear and the other had changed to winter already. 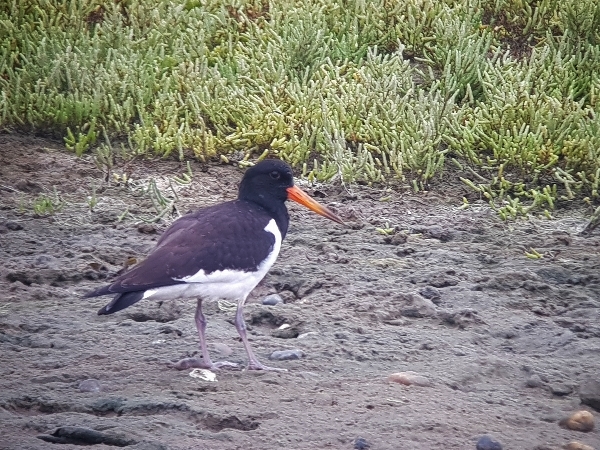 A few Mediterranean Gulls joined throngs of Black-headed Gulls and we picked out G BB and Herring Gulls too. A couple of Northern Wheatears, a Pied Wagtail and a few Common Starlings also went onto the day list. 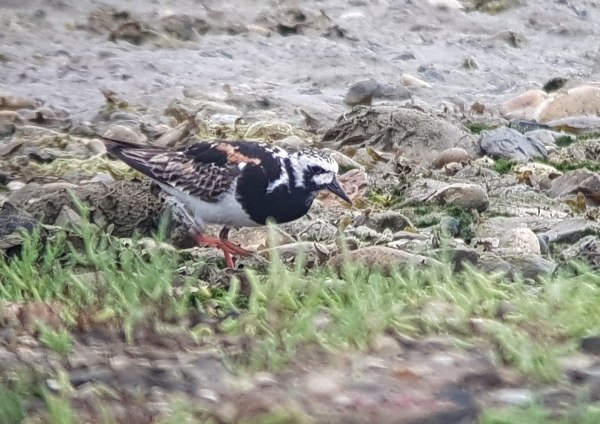 Ruddy Turnstone, summer above and winter below 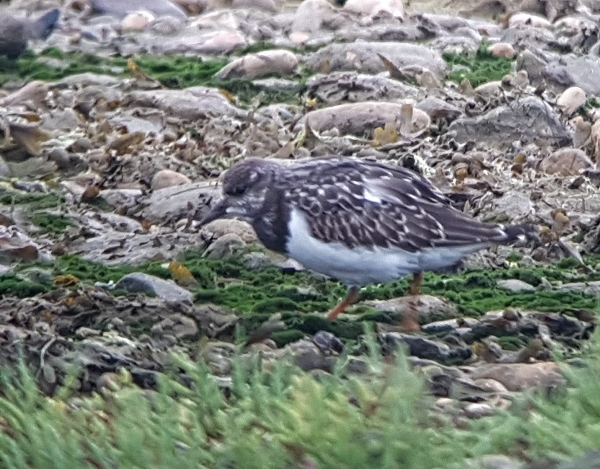 We made several stops on Portland as we worked our way from North to South, the first stop was near the Verne Prison where a nice sheltered clump of Sycamores stood. We were hoping to see any number of flycatchers as both Spotted and Pied has been plentiful yesterday, but we saw zilch! At the top of the ridge above Fortuneswell we did find a bush with 5 Willow Warblers flitting about in it, but still no flycatchers. Then at Fancy Farm, where a collection of exotic animals are kept we watched from the car park as we downed our first of Nigel's coffee of the day with a slice of Dawn’s lemon drizzle, yummy! 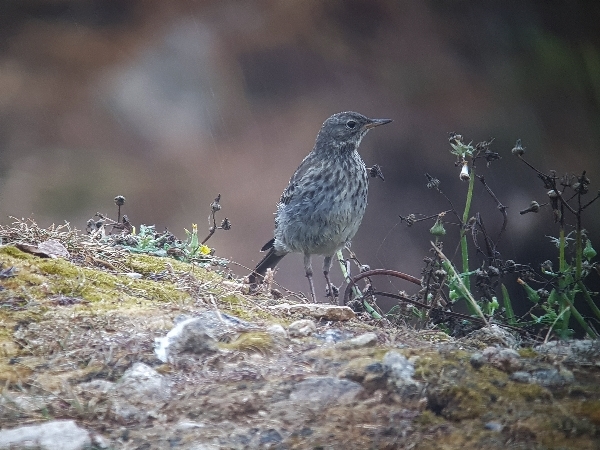 After scanning a few paddocks holding Alpacas, Wallabys and a variety of rare breed ponies we headed off to the mid-section of Portland. We stopped at two places in Southwell and saw nothing!! The habitat was perfect, the still and calm weather was also perfect but there were no birds around.

Our main birding session was at Portland Bill, we parked in the main car park and paid for two hours, as we left the car it started to rain with very light drizzle. We walked northward along the east side of the Bill Lighthouse and bumped into many Wheatears and Rock Pipits, the track and rocky inlets seemed to be covered in both species. 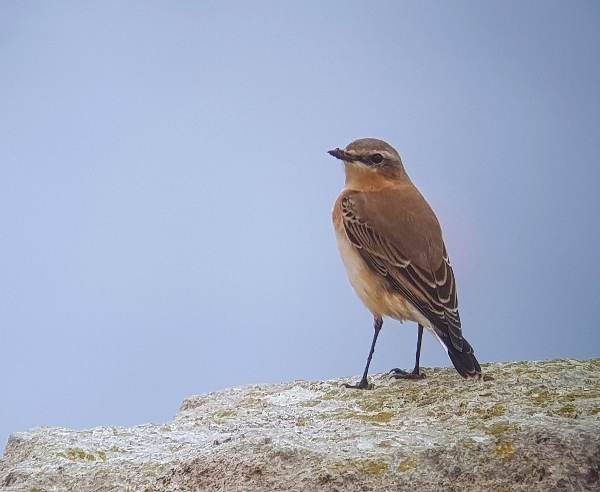 Oystercatchers fed on large flat rocks and a few Cormorants stood with wings outstretched, presumably trying to dry them, but in a rain shower??? We saw a few Linnets and as we walked further along the coastal track we encountered a large number of Pied Wagtails, a couple of Meadow Pipits, also a pair of Stonechats and a horse paddock held another 20 Oystercatchers. 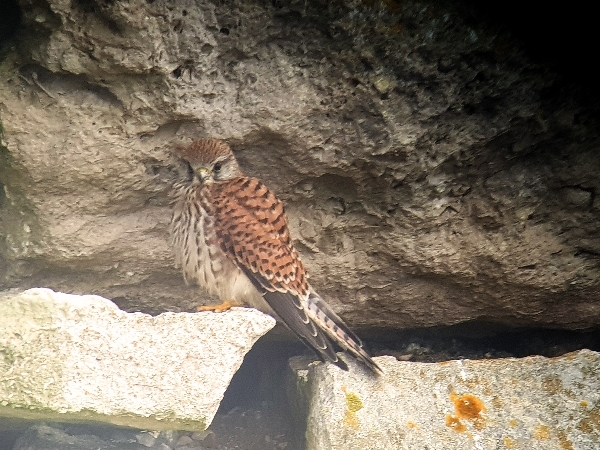 We walked up to the ‘Culverwell’ copse to look for warblers and flycatchers but came out empty handed so we decided to walk back to the car park via the Portland Bird Observatory and the Observatory Quarry. In the ‘Obs’ garden we found nothing and the quarry held a single Common Whitethroat, Great Tit, Dunnock and a female Common Kestrel.

We left Portland as the weather worsened and drove back to Ferrybridge where it was much better. Our second scanning of the mudflats produced a few new species, namely: Sandwich and Common Terns, Sanderling and the number of Mediterranean Gulls had increased five fold. We also parked near the delerict Ferrybridge Pub to eat our lunch on a bench overlooking the fleet. 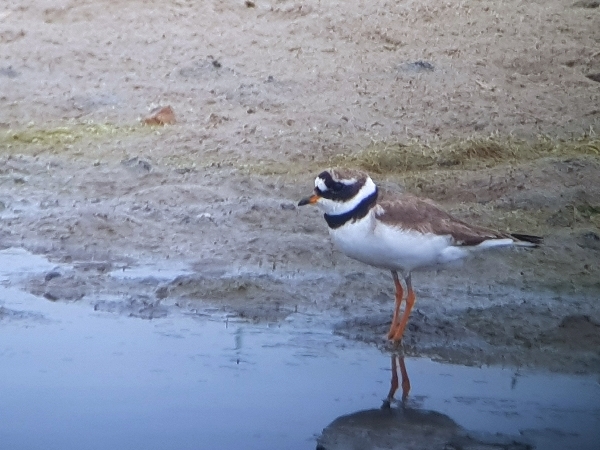 From the fleet we travelled across Weymouth to visit RSPB Lodmoor where we spent a wonderful 2 hours with some excellent birding, especially wader watching. We walked the length of the West Track along the reedbeds and open lagoons which were covered in birds. Dozens of Dunlins were joined by a small flock of twelve Black-tailed Godwits, two Green Sandpipers, five Common Sandpipers a few Lapwings and several Ringed Plovers. 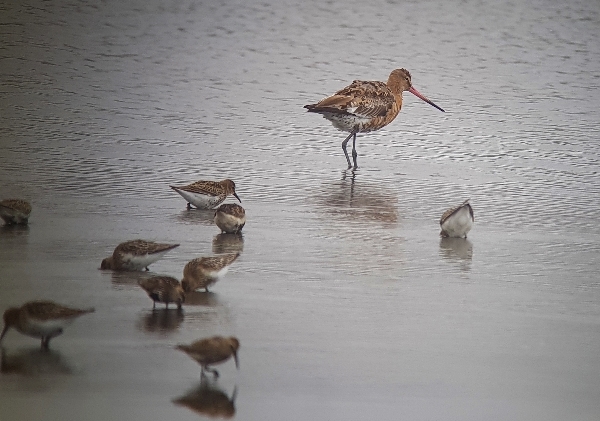 Black-tailed Godwit with Dunlin at Lodmoor

The best sighting however was a couple of young Kittiwakes in superb fresh juvenile plumage, they swan about with Black-headed Gulls in a lagoon close to the track, it is not often that you see this species so close and I am told a very rare sighting on Lodmoor. Further round the reserve we saw Common Terns still feeding two chicks, Little & Great Egrets, Grey Heron and Canada Geese. 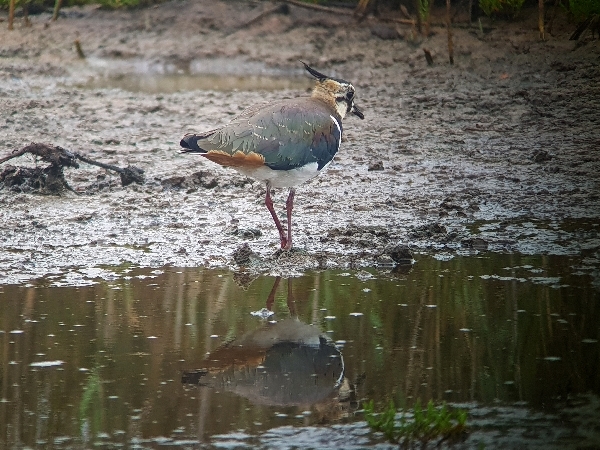 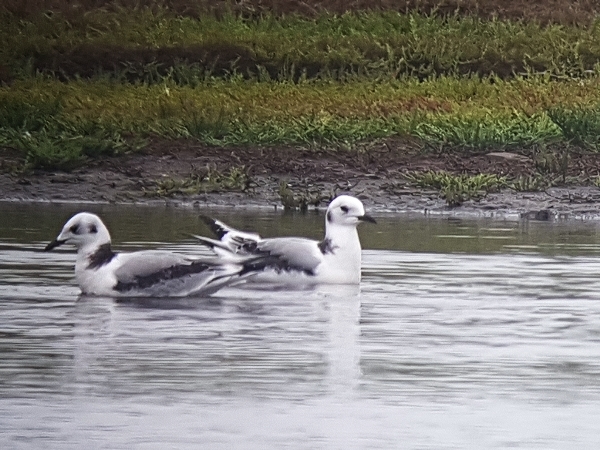 the two juvenile Kittiwakes - a rare sight indeed at Lodmoor 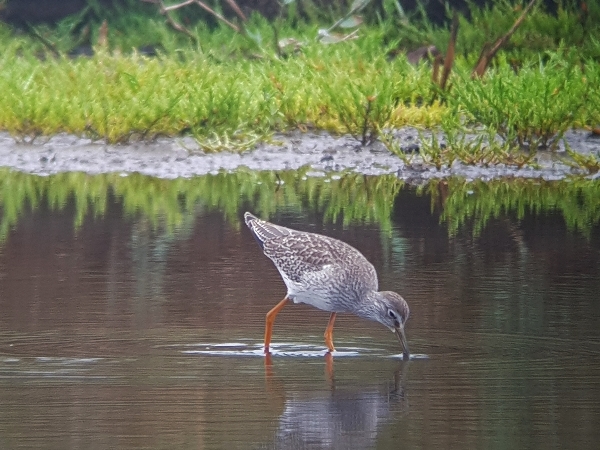 From the south track we saw a Whimbrel and a Sparrowhawk sitting on a fence post. On the way back along the west track we added Redshank to the list and we heard that an Osprey had flown low over the reserve, we did however see a juvenile Wood Sandpiper which was one of our main target species. Two kingfishers put in a cameo appearance and I had a glimpse of a Cetti’s Warbler. We heard a Willow Warbler calling and we saw a flock of Blue Tits as we left the reserve. 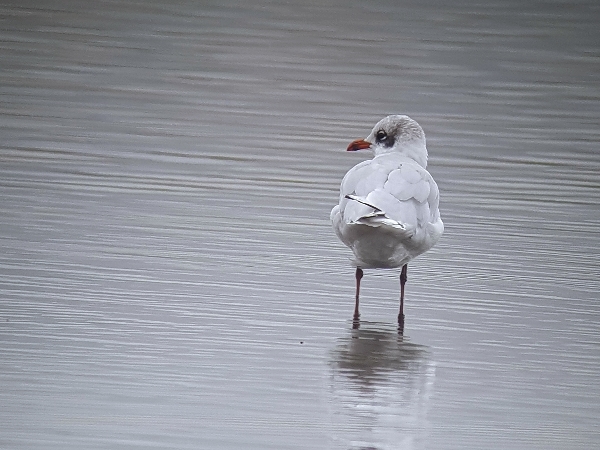 one of the dozens of Mediterranean Gulls at Lodmmor 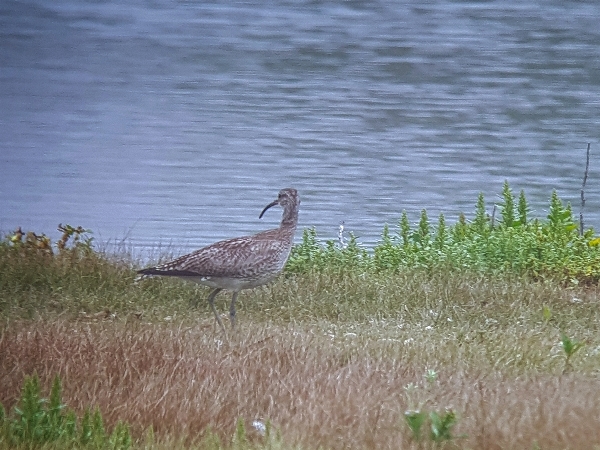 record shot of the Whimbrel 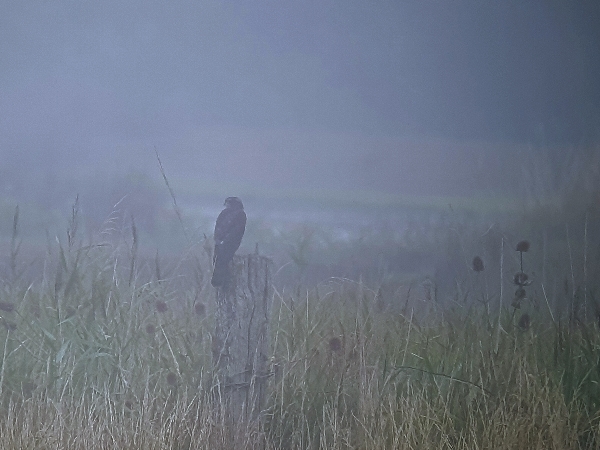 Sparrowhawk in the mist

Nigel drove me home arriving at 5pm and he left to drive back to Chepstow a few minutes later, it had been a great day but a very lot of driving for my mate Nigel. Well done and thanks!