Ah! The British summer continues with more wind, rain and bad light! Today I stayed at home until just before 9am, I had no intention of walking my local patch so I drove straight to the Reservoir at Sutton Bingham.

This reservoir does turn up some goodies now and then but not when you would expect them! Usually after a stormy night one might expect one or two birds to drop for a rest having been blown in from the coast. Not at Sutton Bingham though, it just doesn't happen! 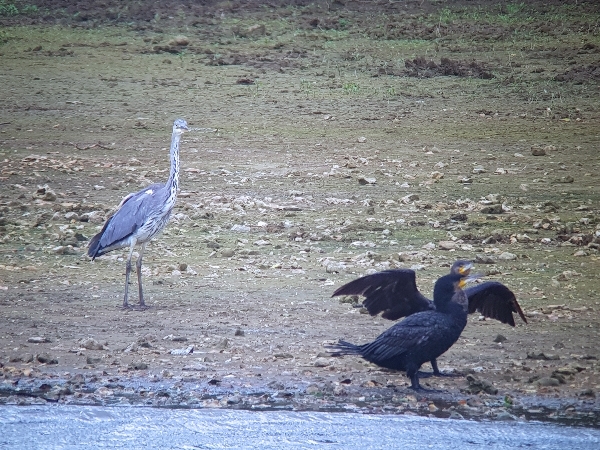 I scanned from the causeway at the northern end and saw nothing out of the ordinary, a single Little Egret, a single Grey Heron, lots of gulls, Great Crested Grebes, Moorhens and Cormorants.

The southern tip was much more sheltered as the wind came mainly from the southwest, I stood behind a copse of trees in the relative calm and scannd the exposed muddy banks. A flock of 14 Mandarin Ducks was my highest count of this species here so far, but the sandpiper numbers had reduced. 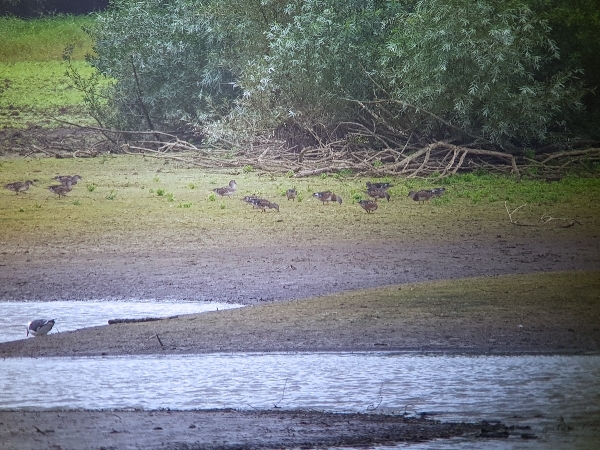 the Mandarins were quite far off as you can see

I saw 6 Common Sandpipers and 3 Green Sandpipers and right opposite me on the other side of the water was a flock of Mallards. I sifted through the Mallards and found a female/juvenile GARGANEY. This may be the bird that Tim Farr had seen earlier in the week and also seen on the 4th August. 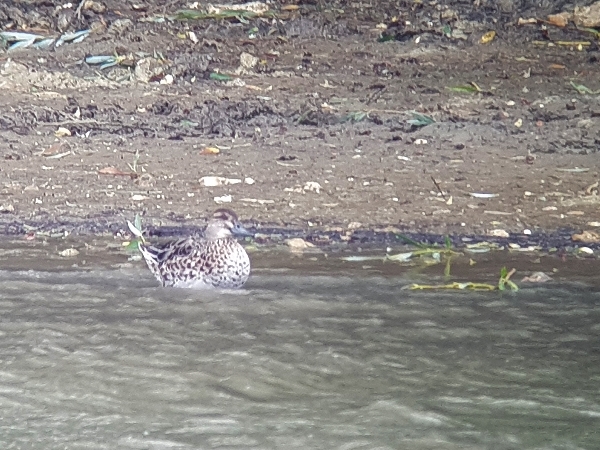 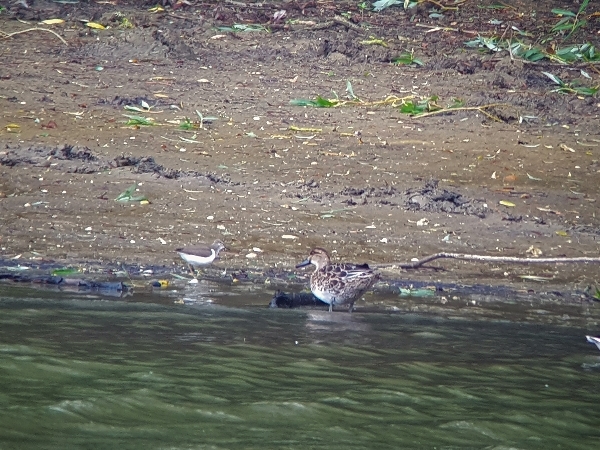 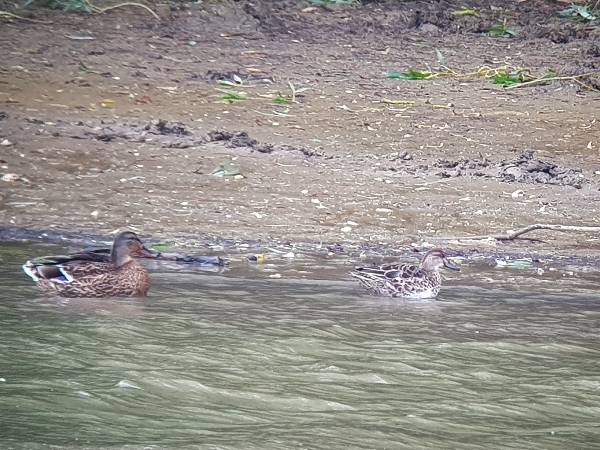 for size comparison - Mallard and the 'Teal-size' Garganey

No other sightings were made so off I went home, I did note more of the lovely Autumn Crocus growing on the grassy bank of the reservoir and I did stop to scan the gulls from the causeway but nothing of note was found.