It was a vast improvement in the weather today that cheered me up for a while, a clear sky at 6am soon clouded over in the windy conditions. I never left the house until 8am and only spent an hour or so in Yeo Valley. I never took a single picture and I made very few sightings at all.

A fly over Great Spotted Woodpecker and a grounded Green Woodpecker sum up my best sightings!! I also saw Blue and Great tits flitting through the trees and the usual Wood Pigeons, Jackdaws and Crows flying about. As I walked back towards home I stopped on the top of Rook’s Hill to watch passing Barn Swallows they were flying south in a steady stream and a few House Martins fed up above the swallows. A party of six Ravens flew up the valley just as I was leaving.

About two weeks ago I noticed a large number of tiny black caterpillars on the leaves of one of the Alder Trees fund along the lane, I never gave them much thought other than I assumed that they were some species of moth. Today, the same leaves were covered in tiny, very shiny, black beetles!! 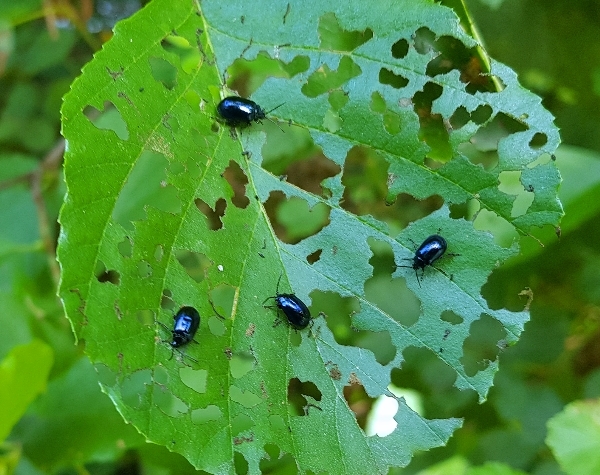 When I got home I looked them up, using google I typed in ‘shiny black beetles on Adler leaves’ and was amazed to find a lot of hits with many photographs of the very species I had observed. Apparently this species of beetle went extinct in the 1940’s and was rediscovered in Lancashire in 2004. They are prolific breeders and can form huge colonies, which I think I have along my local lane. Despite the leaf damage that they cause it does not affect the tree too much and it survives!!

At 10am Celia, my sister in law arrived and all three of us went out for a walk down at Cerne Abbas. The hillside where the famous ‘Giant’ is carved out from the chalk is an excellent site where you can find ADONIS BLUE butterflies, if the weather behaves that is! 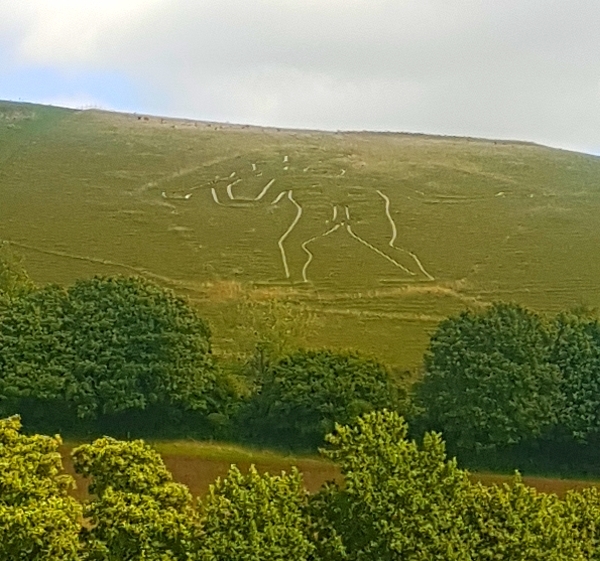 Cerne Abbas Giant - cut into the turf on a chalk hillside. It is 60 meters talls and does not suffer from erectile disfunction!!!

As we walked up the lane from the car park and began our climb up to the south facing slope of ‘Giant’s Hill’ it started to rain quite heavily, how nice! It stopped after about 15 minutes and patches of blue sky appeared above us. About 15 minutes into our walk we found our target butterfly, the ADONIS BLUE, what a gem, a bright sapphire blue just dancing over the short turf. A few minutes later we found one or two more and eventually a male sat with its wings open. 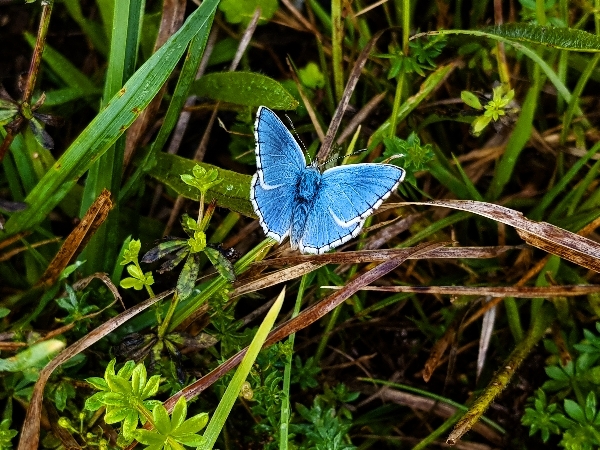 Further bouts of sunshine warmed the south-facing hillside and many butterflies took to the wing: we saw many Meadow Browns, Common Blues and Small Heaths and also a few Gatekeepers and a few Whites, both Large and Small. 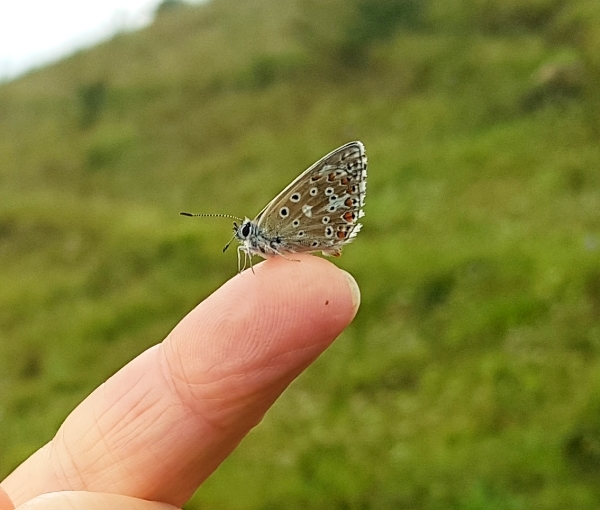 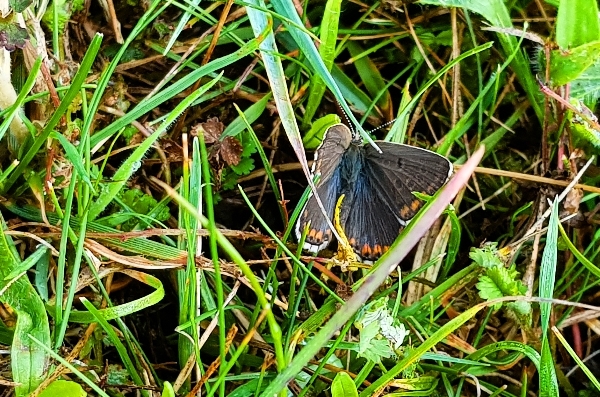 We spent a couple of hours circumnavigating the ‘Giant’s’ hillside during which time we sat and ate our picnic lunch. No further significant sightings were made and as the clouds darkened once more we made our exit from the openness of the escarpment. A little walk into the village, a nice ice-cream was followed by our journey home. We had time to sit out in the garden drinking a nice relaxing coffee before Celia went home. 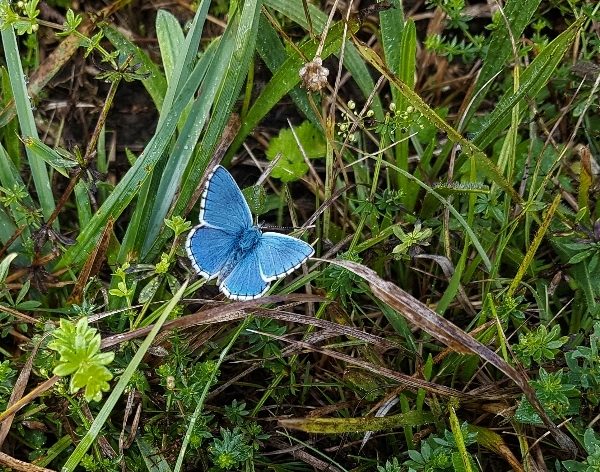 At about 4pm I made a quick visit to Sutton Bingham Reservoir, it was still windy out there and I saw nothing out of the ordinary. I counted 3 Green and 4 Common Sandpipers at the southern end. A large flock of over 100 Canada Geese were loafing on the west pool and a few Grey Herons were dotted about.

Later I had a report of a Ruddy Turnstone appearing at the reservoir, but it was too late for me to go, by the time I got the news for me to nip round and have a look it was dark. A Turnstone at Sutton Bingham is a bit of a mega.