WEATHER: overcast for most of the day with some sunshine later. Windy and quite chilly at times. Temp 12-16C

I had a great day out with my Welsh pal Nigel Bleaken today, he drove down from Chepstow in Wales to collect me and chauffer me around all day, how nice was that? He arrived just after 6am (a little early) and we left about 15 minutes later.

We drove straight down to Ferrybridge to look for waders and in particular a Grey Phalarope that had been reported there for the last two days. The recent strong winds had also blown in a few Long-tailed Skuas and we hoped that maybe one or two were still lingering around in Chesil Cove. 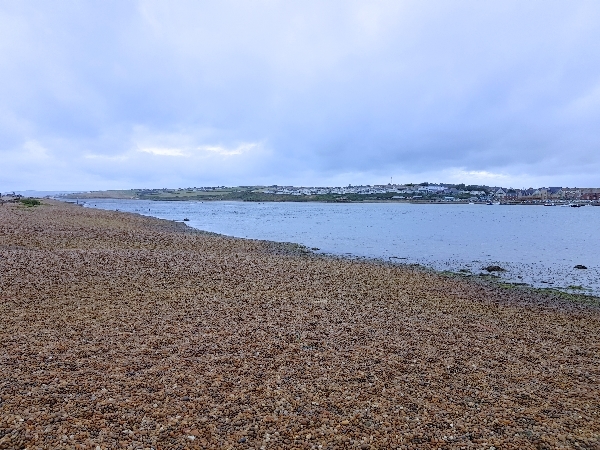 Ferrybridge looking from the shingle of Chesil Bank

At Ferrybridge it was really quite windy, we walked over to the more sheltered side of Chesil Bank and set off along the shingle towards the Fleet where the Phalarope was last seen. Many waders were out on the mudflats we saw dozens of Ringed Plovers and Dunlins, a few Turnstones, two Knot (which were new for my year list), four Sanderling, two Curlew and about twenty Oystercatchers. 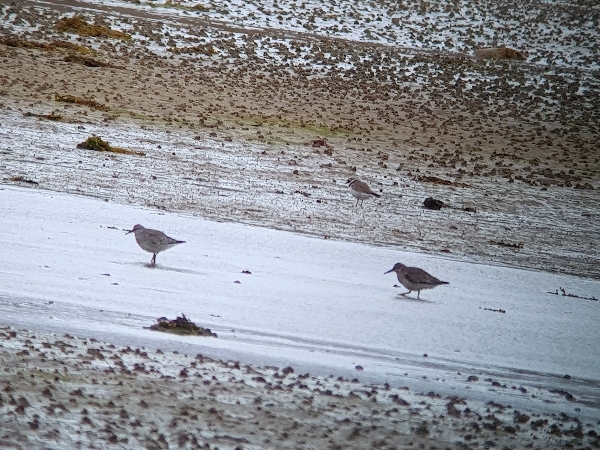 A couple of dozen Mediterranean Gulls were also on the shoreline with the four common species of gulls. On the patches of grass along Chesil Bank saw a single Northern Wheatear, a couple of Skylarks and a small flocks of Linnets. 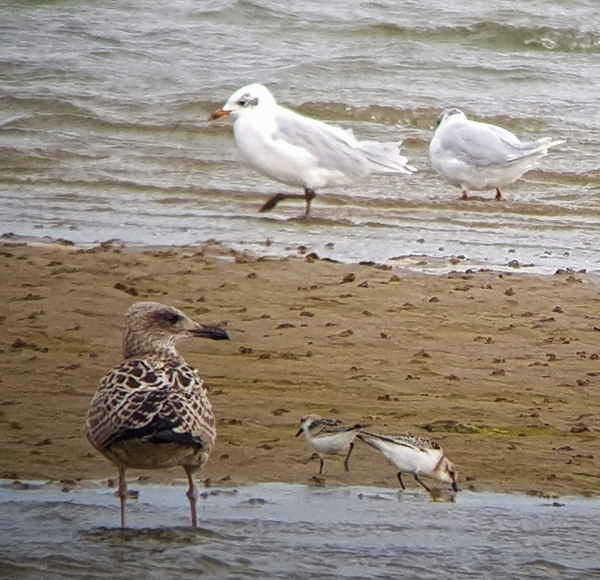 Sanderling looking tiny next to the gulls

An hour quickly went by, the tide began to turn and rushed in to cover the mudflats, we added Common Tern, Sandwich Tern (a flyover), Little Egret, but there was no sign of the Phalarope. 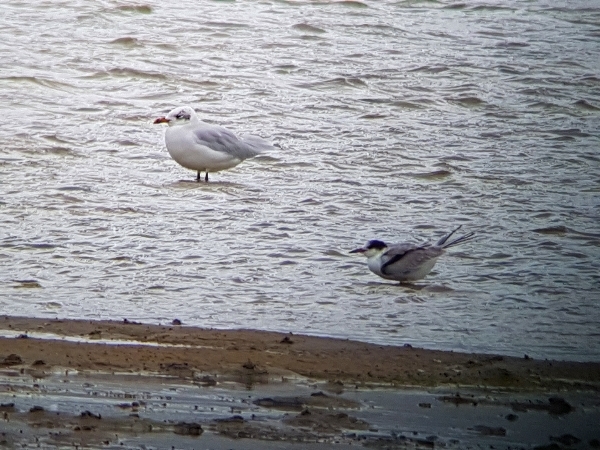 Common Tern with a Mediterranean Gull

Before driving up onto Portland we made a brief stop at Chesil Cove where we set up our scopes to scan the rough ocean as we faced into a westerly wind. It was not comfortable birding and we soon packed in, we saw dozens of Gannets, a couple of turnstones, a single Kittiwake and a dead Harbour Porpoise.

It was pretty dire at Portland Bill too, we spent 45 minutes looking out to sea hoping for a Skua without luck. We did see more Kittiwakes and Nigel found a juvenile sitting on the sea not far off the shore. We also saw lots of Gannets, a single Fulmar and a single Guillemot and several European Shags, some Cormorants and a few Rock Pipits were on the rocks. 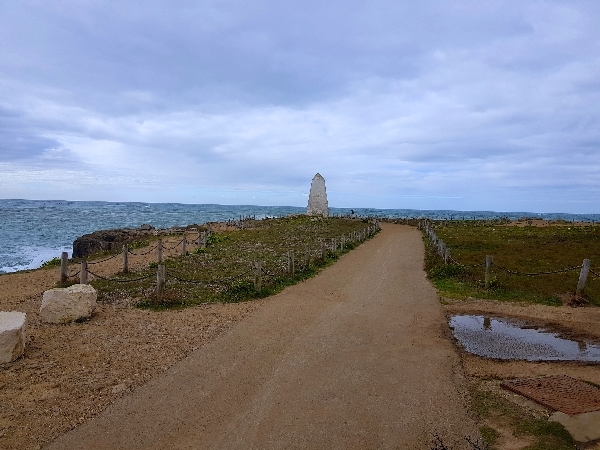 the memorial Obilisk at Portland Bill

From the Bill we headed into Weymouth making a brief stop at RSPB Radipole Lake, we only ventured to the first bridge which was very close to the car park. From the bridge we saw Gadwall, Teal, Mallard, Coot, Moorhen, Grey Heron and lots of Black-headed and Mediterranean Gulls. We also viewed the reserve from the car park along Radipole Lake Lane near the tennis courts, from there we added Sand Martin, House Martin, Mute Swan and not much else. We took advantage of the picnic tables in the parkland adjacent to the car park and ate our lunch in the sunshine. 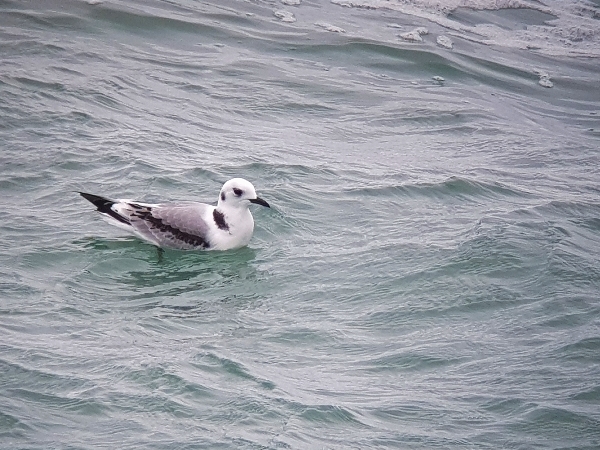 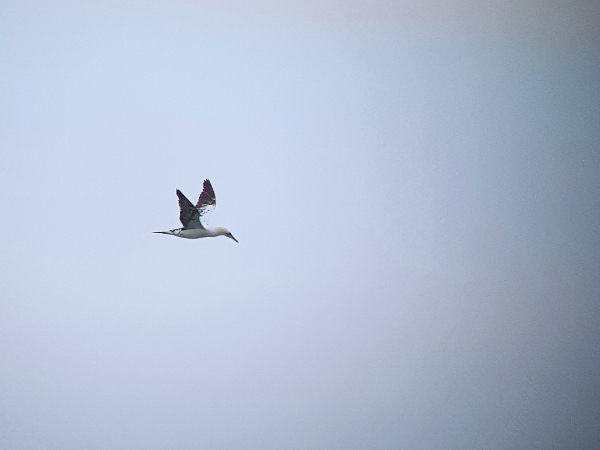 Next we drove round to Weymouth Bay Road and parked next to the track that leads to Lorton Marshes and RSPB Lodmoor reserve. We spent all of our time on the sheltered west track of Lodmoor where good, bright light, enhanced our enjoyment of the marshes. Nigel found our target bird, the Ruff, he also got onto the Wood Sandpiper as he did so during our last visit. We really enjoyed the close proximity of the Mediterranean Gulls again, maybe not so close as our last visit, but just great all the same. 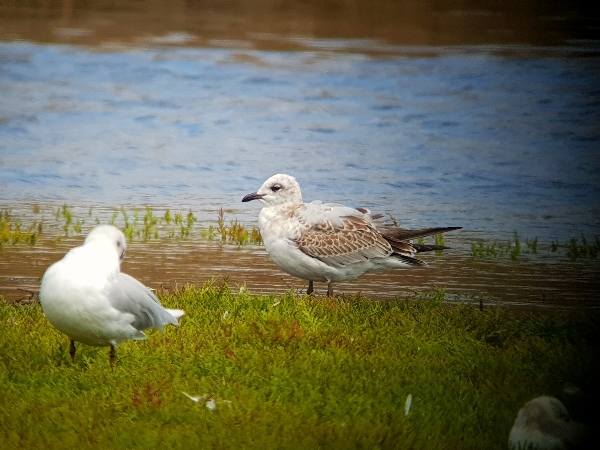 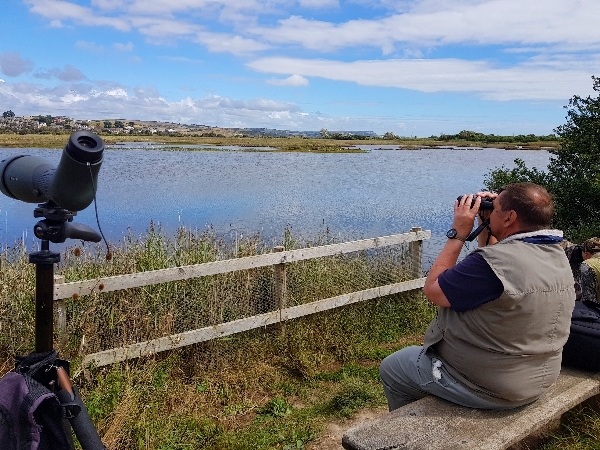 Black-tailed Godwit, Common Tern, Little Egret, Grey Heron, Shoveler, Lapwing and a calling Willow Warbler was the sum total of all the other species we added to our Lodmoor list. We left around 2pm and headed back towards Yeovil with the intention of making one more stop along the way. 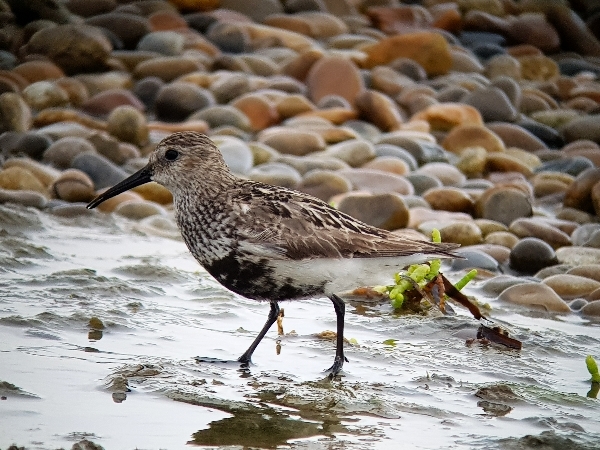 close up of a Dunlin taken earlier at Ferrybridge

At Dorchester we turned off the main road and headed to Maiden Castle on the south side of the town, this massive Hill Fort has huge grass embankments and wide areas of grass meadows. There are areas of set-aside too and a strip of Sunflowers which are grown just for the birds. I told Nigel we had a chance of seeing Whinchat there, he asked what the chances actually were, I said 1 in 10 (10%) he frowned!! 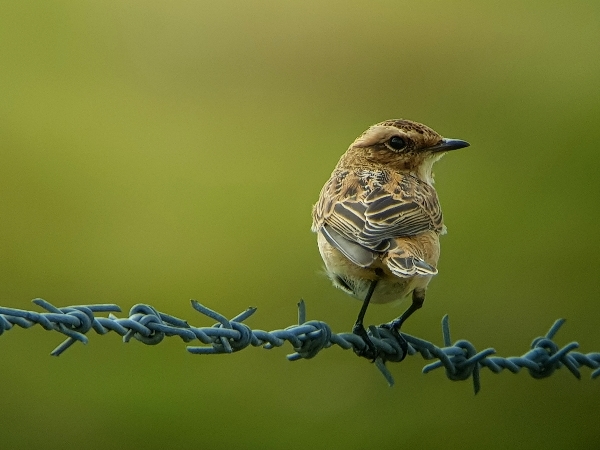 The first bird we looked at as we walked up the slope from the car park was , in fact, a Whinchat!! Hoorah! I was right. We went on to see half a dozen of them along one fence-line they were with about 15 Wheatears and a few Linnets. We had a magical half an hour with them, the Whinchats were mostly juveniles and allowed a fairly close approach, click, click. Oops! Nigel left his camera in the car! 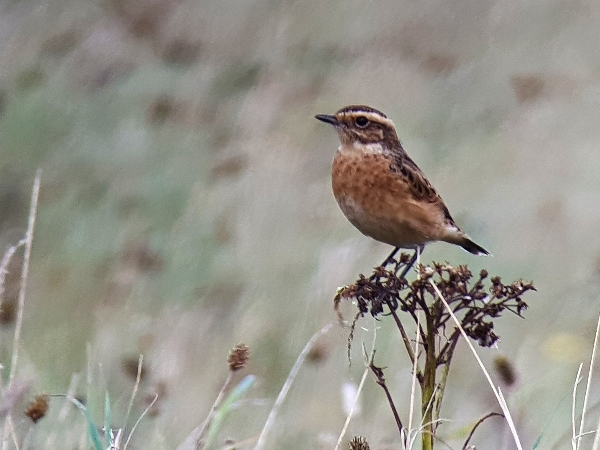 don't you just love Whinchats? My first of the year!! 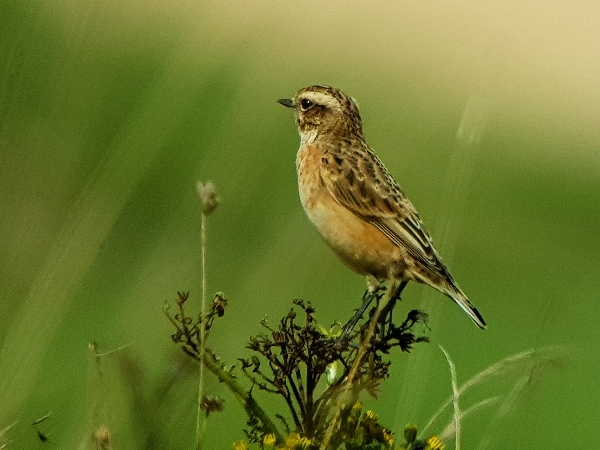 We also found a small flock of Yellowhammers, a pair of Stonechats, a Common Buzzard, a Raven and another Kestrel. We were both well pleased with the Whinchat find, we left around 3:30pm.

Before Nigel dropped me off at home we decided to make a short stop at my local reservoir at Sutton Bingham where we added a few species to the list: well, actually just three  – Common and Green Sandpipers and Great Crested Grebe. 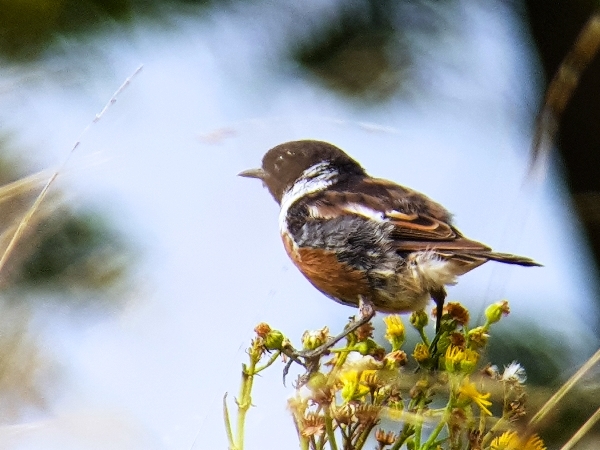 At home Nigel stayed for a cuppa in the garden, Dawn was working hard, mowing the lawn, weeding the borders, hanging out the washing whilst we sat on the garden bench drinking tea and coffee. It’s a hard life birding but someone has to do it!! As soon as Nigel left, I helped Dawn with the gardening etc.