I made two quick visits to The Reservoir to look for waders that had been reported by other birders. First off was a message from Tim about the presence of a Little Ringed Plover so off I went to look fot it, it was around 10am when I got there. Well, I couldn’t find it, all I got was 2 Green Sandpipers and 6 Common Sandpipers and all the other usual birds. I met another birder, Pete, whilst I was there and left him to it. 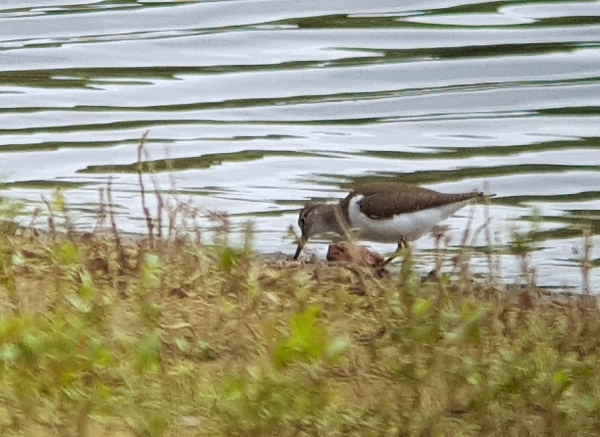 the most common wader by far at Sutton Bingham, Common Sandpiper, but still nice to watch

Half an hour after I arrived at home I got a message from Pete to say that a small flock of Common Ringed Plovers had arrived and that he found the Little Ringed Plover. I couldn’t believe it when I got there, not a single plover was in sight. I waited around, met up with Pete again and we searched some more before he left. Just before I left some movement caught my eye in the grassy margin at the southern end of the reservoir. After a little patience the bird emerged and was in fact a Little Ringed Plover, at last, this was a ‘tick’ for my August list which now stands at 112. I never saw the Common Ringed Plovers.

WEATHER: Atrocious in the morning, high winds, driven rain, not pleasant at all. By lunchtime it had all settled down.

I went to the Reservoir around 1pm in the hope that a Tern or two had blown in, I made a brief scan from the causeway but saw nothing. At the southern end I met another local birder called Oli who had just seen both Common Ringed and Little Ringed Plovers and also a Dunlin. He also said that he thought he saw an Arctic Tern fly over, heading northwards.

Whilst I finally caught up with the Common Ringed Plovers and the Dunlin, Oli, relocated his Tern at the causeway. I shot over there and together we scoped the bird. A little doubt crept in about the bill colour and length, too long and a little black towards the tip. It was re-identified by Tim Farr when he arrived as a Common Tern. 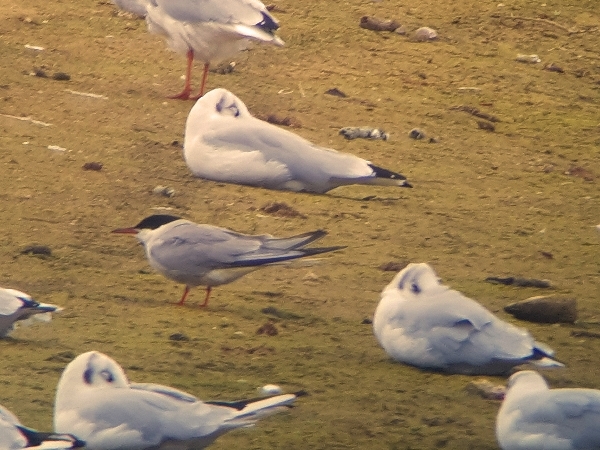 A Common Tern was a Reservoir year tick for me as would have been an Arctic Tern, hey, ho, we got there in the end. Let's hope a Black one soon turns up!