VISIT TO SUTTON BINGHAM RESERVOIR AND A WALK INTO YEO VALLEY

WEATHER: much improved on yesterdays storm, it was still a little windy but it remained cloudy with sunny intervals all day. Temp 17C

As the migration season heats up and new arrivals are appearing at Sutton Bingham Reservoir everyday it seemed appropriate for me to visit there more often than to walk my local patch. So having been there everyday this week I continued the trend and set off today. I had planned to drive down to the coast, but I didn’t get up early enough! 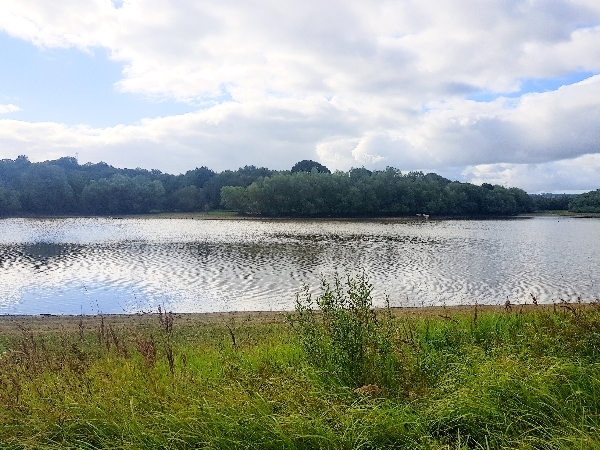 the view looking south at the reservoir

It was 9am when I set off and after a brief stop on the main causeway where I found just one Common Sandpiper, I then parked at the gate leading to the viewing area at the southern end of the reservoir. I scanned the muddy shoreline and found another 7 Common Sandpipers and 2 Green Sandpipers. Further scrutiny produced a single Little Ringed Plover, this was most probably the bird that Tim Farr found on Monday and remains in the same area. 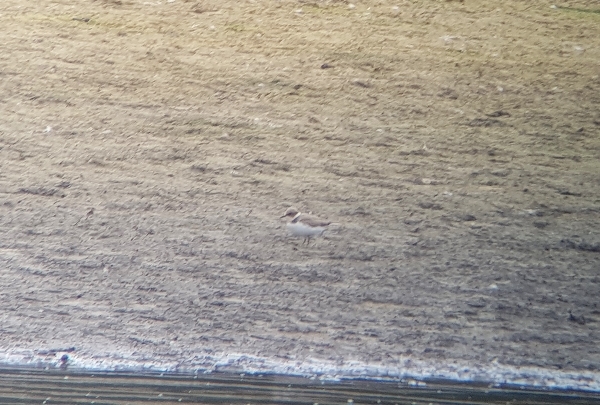 if you can find it, there is a Little Ringed Plover in this picture

Not much else appeared, I heard a Bullfinch calling in the hedgerow and saw a lovely stag Roe Deer feeding on the reservoir green margin, a few Meadow Brown Butterflies were on the wings and the carpet of Autumn Crocus look lovely. 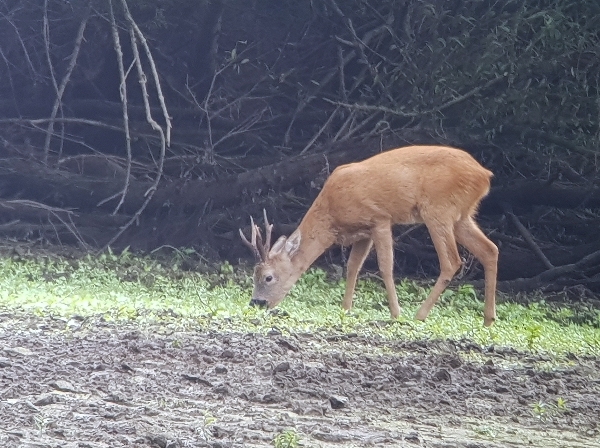 After lunch I got itchy feet and so took a walk into Yeo Valley, it was still quite blustery but worth the effort because the first bird I saw in the valley was a Common Kestrel!!!  This was the first Kestrel I had seen in the valley this year and represents my 6th Raptor after: Common Buzzard, Sparrowhawk, Peregrine Falcon, Hobby and Red Kite.  Whoopee!!! I tried to phone-scope it whilst it hovered but the bird sensed what I was doing and flew over Rook’s Hill never to be seen again. 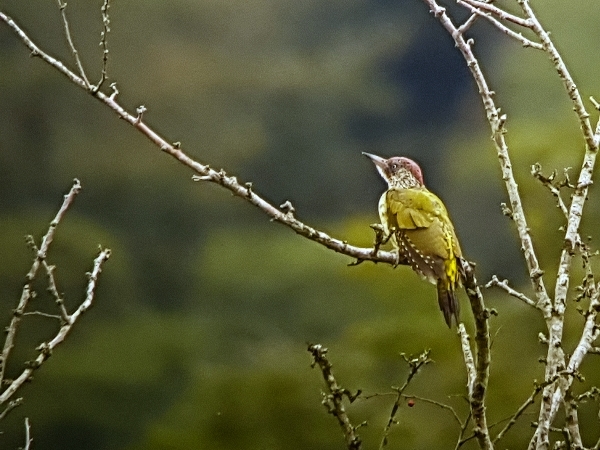 There are a number of birds (10 species) you can almost guarantee to see when you walk in the Valley and they all turned out today:  Carrion Crow, Common Buzzard, the two faithful Woodpeckers, Green and Great Spotted, Wood Pigeon, Jackdaw, Wren, Robin, Blue Tit and Great Tit. I had seen all of them by the time I got to the river Yeo at the back of Rook’s Hill. 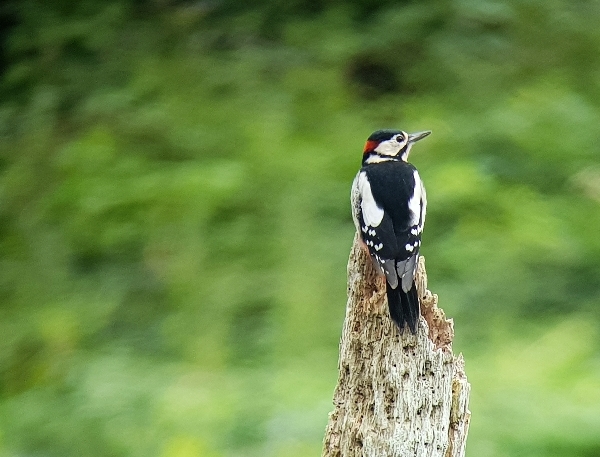 From my vantage point on the slopes of the Hill I watched a mixed flock work its way along the row of Alders next to the river, a dozen or so of Long-tailed Tits were joined by Common Chiffchaff, Great Tit and Blue Tit. Another Green Woodpecker called and a Great Spotted Woodpecker perched in a dead tree close by. I spotted a Fox lying in the grass on the far side of the river, it sat up and groomed itself for a while before creeping off. 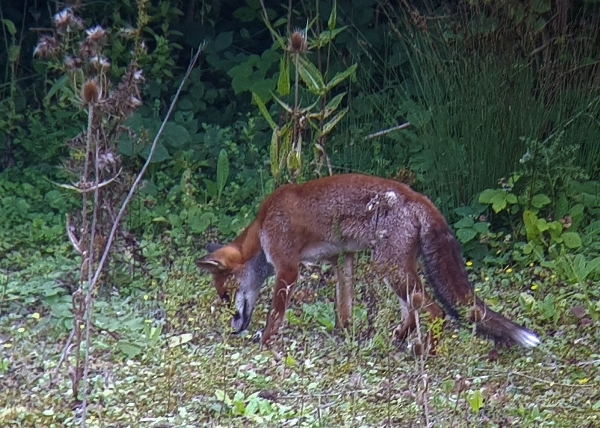 Walking along the top of Rook’s Hill I heard both Common Pheasant and Raven and saw a single House Martin, it seems to me that the House Martins have left the colony on our building and all but this one has gone from the colony at the Train Station. A couple of Swallows dashed through the valley heading south as I walked down to the exit track.

Just before I left there was a lovely sunny spell for about 5 minutes when a variety of Butterflies appeared, I saw: Small White, Green-veined White, Meadow Brown, Red Admiral and a Comma. Also on the wing were a couple of dragonflies, a Darter species and a this lovely Migrant Hawker. 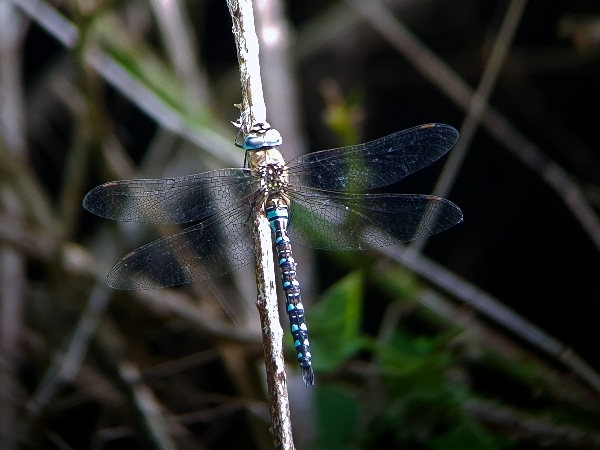