WEATHER: a superb cloud free morning until 8am!!! Then heavy cloud, the rain began at 10:30am and never stopped. Temp 14C

A bright clear morning greeted Somerset from 6am, it was lovely, warm even! I left the house at 7:15am and enjoyed 45 minutes of a proper summer’s morning. Both Robin and Wren sang to me as I walked along the track into Yeo Valley and then I heard a Common Pheasant making its alarm calls followed by the yaffle of a Green Woodpecker, then the mewing of a Common Buzzard and the raucous calls of a Jay. 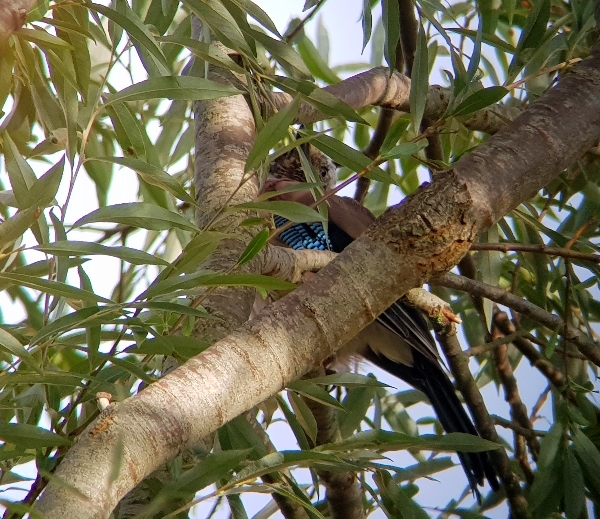 as you can see I still haven't got a good picture of a Jay!

I tracked down the Jay in the hope of getting my first decent picture this year, as you can see above I failed, but you can at least see that it’s a Jay. The blue sky began to disappear northwards and the dark nasty rain clouds forced their way, uninvited, into my world. My walk had to be cut short, I didn’t even walk up onto Rook’s Hill I simply turned around at the end of the first meadow and marched right back out of the valley. 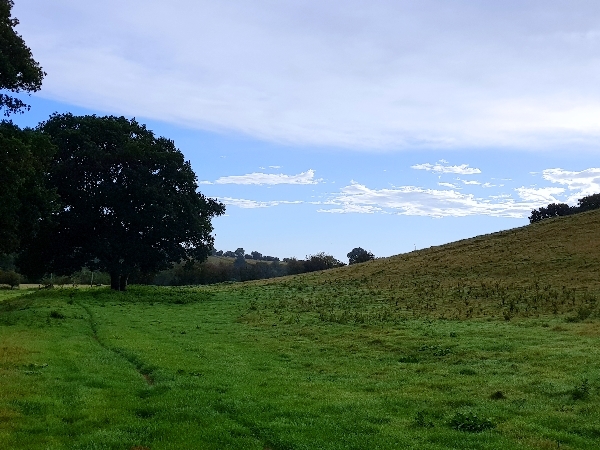 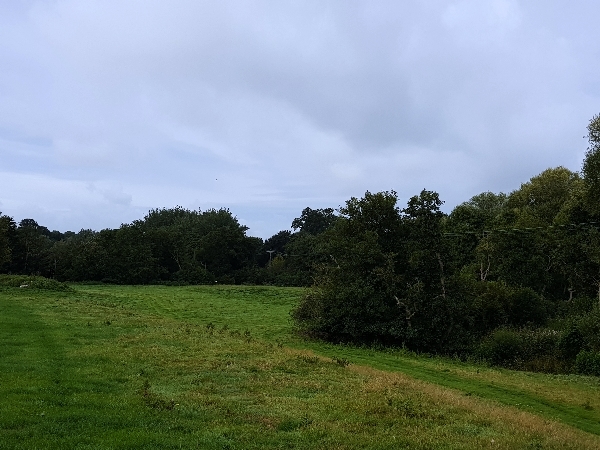 ...and then looking south as the clouds crept in

A flock of 26 House Martins and a couple of Barn Swallows flew overhead, they were heading south eastward keeping ahead of the low pressure front approaching from the southwest. The single House Martin that remains on my patch flew up to join the passing flock, but it didn't join them in their southerly migration for reason only known to itself. So I still have one remaining House Martin on my patch.

As I crossed the road bridge over the stream on my way back home, I noticed movement in the water to my left, under the railway bridge that lies next to the road I saw an OTTER, it was ducking and diving chasing fish in the murky water. The Otter hadn’t noticed me and so I set up my scope and started to make a video. My video lasted all of 20 seconds when a white van sped past me, it startled the Otter which made a bee-line to the far bank of the stream and promptly disappeared. 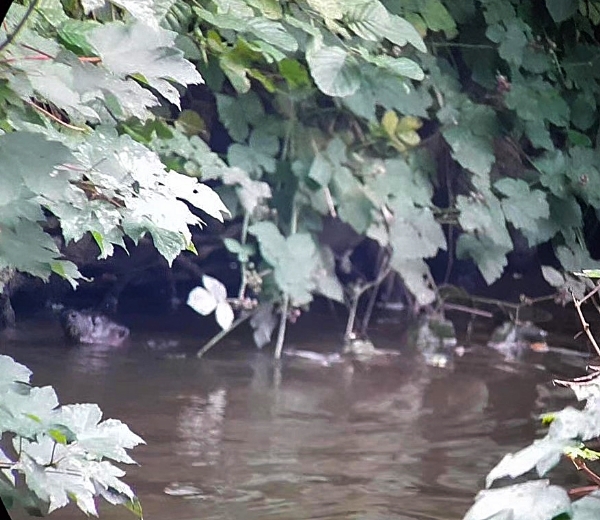 you can just make out the head of an Otter 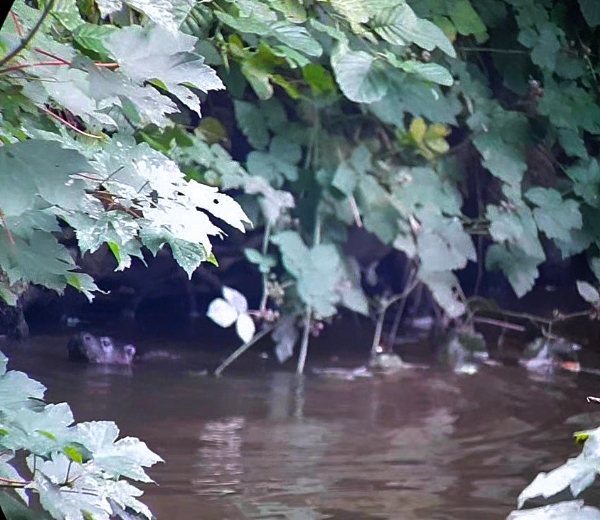 I walked around the track that follows the stream southward into Stoford but failed to relocate the animal, so I left. In the meantime a text message came through from Tim telling me that he had just found a Whinchat at the Reservoir, so I jumped into my car and set off to look for it.  Eight minutes later I was scanning a hedgerow from the roadside along the southern arm of the reservoir at Sutton Bingham. 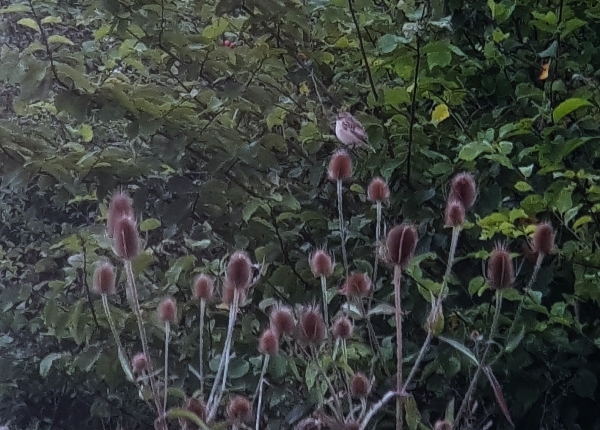 It took a while but I found the bird and was amazed at Tim, how did he spot that in the first place? It was miles away, a tiny, tiny, dot sitting on a teasel head, incredible. I snapped off a couple pictures, record shots for sure.

It started to rain as I drove home and it is still raining now at 5pm, quite heavy at times and it doesn’t look like stopping anytime soon.