WEATHER:  sunny spells but mainly raining on and off all day. Temp around 15C

I set off for the Reservoir after breakfast around 9am, the bad weather had put me off going for an early morning walk into Yeo Valley. I had a message on the newly formed SBR ‘Whatsapp’ Group from Tim Farr informing all of us that an Osprey was present at the southern end of the Reservoir, so I drove straight there without stopping at the causeway.

Sure enough the Osprey was sitting on a distant pylon exactly where Tim had described, a year tick for me, well done Tim. Stayed for about an hour, I got a soaking to start with but it cleared and the sun came out for a while. It became quite a ‘twitch’, the Whatsapp group was certainly a great idea, Guy, Oli and Pete showed up and Becky from Yetminster, two locals, with a passive interest, also popped in and joined us. 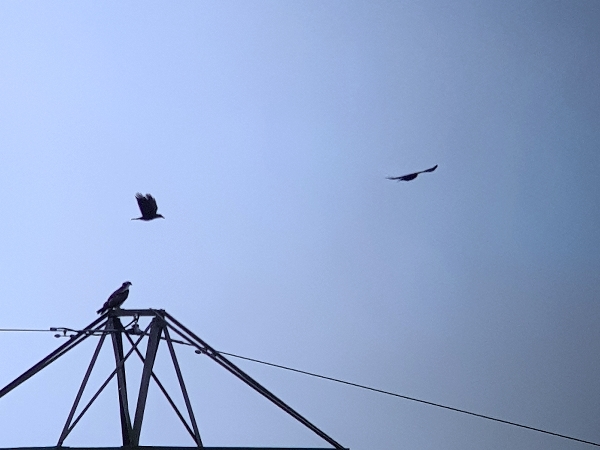 The iconic silhouette of an Osprey 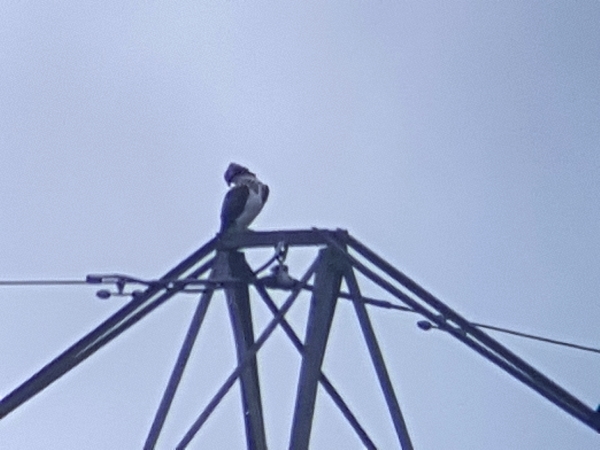 Pete relocated the Little Ringed Plover, present for its 5th day, I saw a single Mandarin, 6 Common Sandpipers and a single Green Sandpiper. A Mute Swan flew in too, this species is probably as rare as the Osprey at Sutton Bingham, so a good species to see there. The Osprey flew off to the south just after 10am, followed by an entourage of Rooks and Jackdaws.  A  couple of Ravens flew in and landed on another pylon and the local Herons kept putting up the Mallard flock. 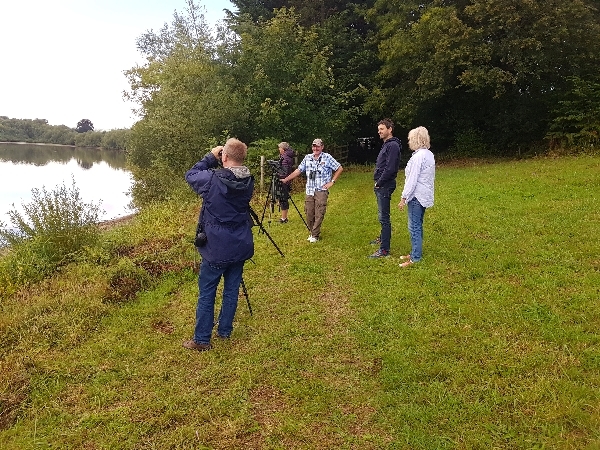 the massive twitch at Sutton Bingham - Pete, Guy and Rebecca (the birders) with two locals

After a bit of a chin-wag with the boys I returned home. My walk through the village a little later produced a few House Martins passing through, I never saw the last remaining local House Martin, perhaps it has gone too! A few Swallows flew south from a great height but I never saw a House Sparrow. Yesterday I forgot to mention that I saw a flock of over 30 House Sparrows in our car park, that was a great number as I remember only counting a dozen or so two years ago.