Normal service resumed as far as the weather was concerned, the light was poor but luckily it stayed dry whilst I was out on my local patch.

Before I write about today I have some information about yesterday's Osprey. The Osprey with leg ring numbered JJ6 that we saw yesterday is one of this year’s chicks from a nest at Loch Arkaig in north west Scotland.  He’s been spotted fishing at Noah's Lake on the levels over the last 10 days or so.  He  was last seen at his natal nest on 15 August and should be on his way very soon to Northwest Africa.

I walked to the stream and turn southward following the track through the woodland area and out into the meadows. I saw very little during the first part of the walk except for a noisy flock of eight Canada Geese flying over the village. I heard Robin and Wren singing before breaking out into the meadows. 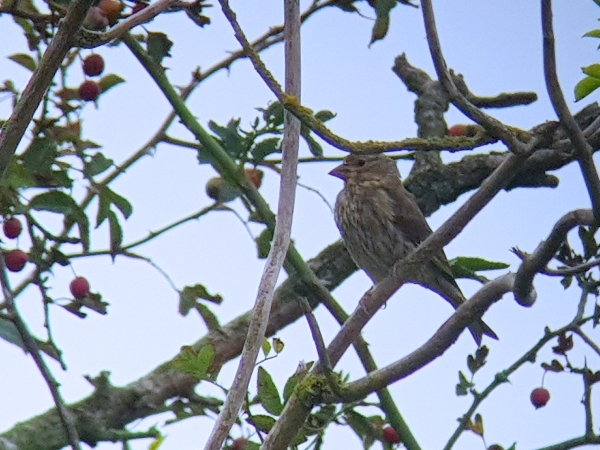 Common Chiffchaffs were still feeding in the hedge, I saw 4 of them with Blue & Great Tits and a couple of Dunnocks. The most obvious birds to see were those flying over, visible migration (VisMig) was occurring, a flock of around 150 birds were made up of Swallows, House and Sand Martins. A Linnet flock of about 40 birds came over next and then a larger group of Chaffinches passed over, all these birds were heading due south.

A Kestrel flew from a telegraph pole as I walked along the edge of the meadow, this looked like my new local bird that has been around for a week or so. Before I left I saw Green Woodpecker in flight, a couple of Herring Gulls up high and a pair of Common Buzzards.

A message came through from the Sutton Bingham Whatsapp Group with news of the presence of a few ducks at the reservoir so I drove round there to have a look. I added Wigeon to my SBR year list and also saw Teal, a single Common Sandpiper, Grey Heron, Cormorant, LBB  & GBB Gulls, Great Crested Grebes and the usual Mallards, Moorhens and Black-headed Gulls. 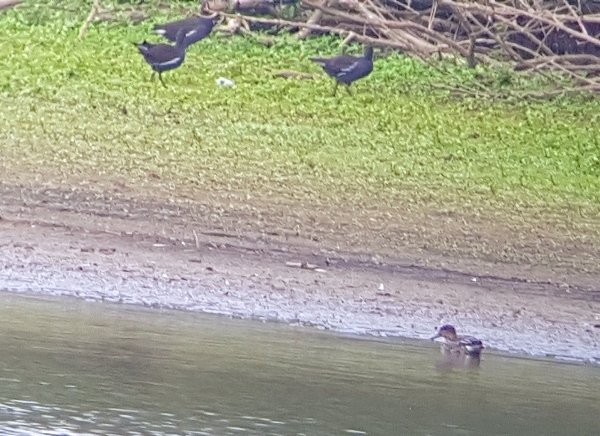